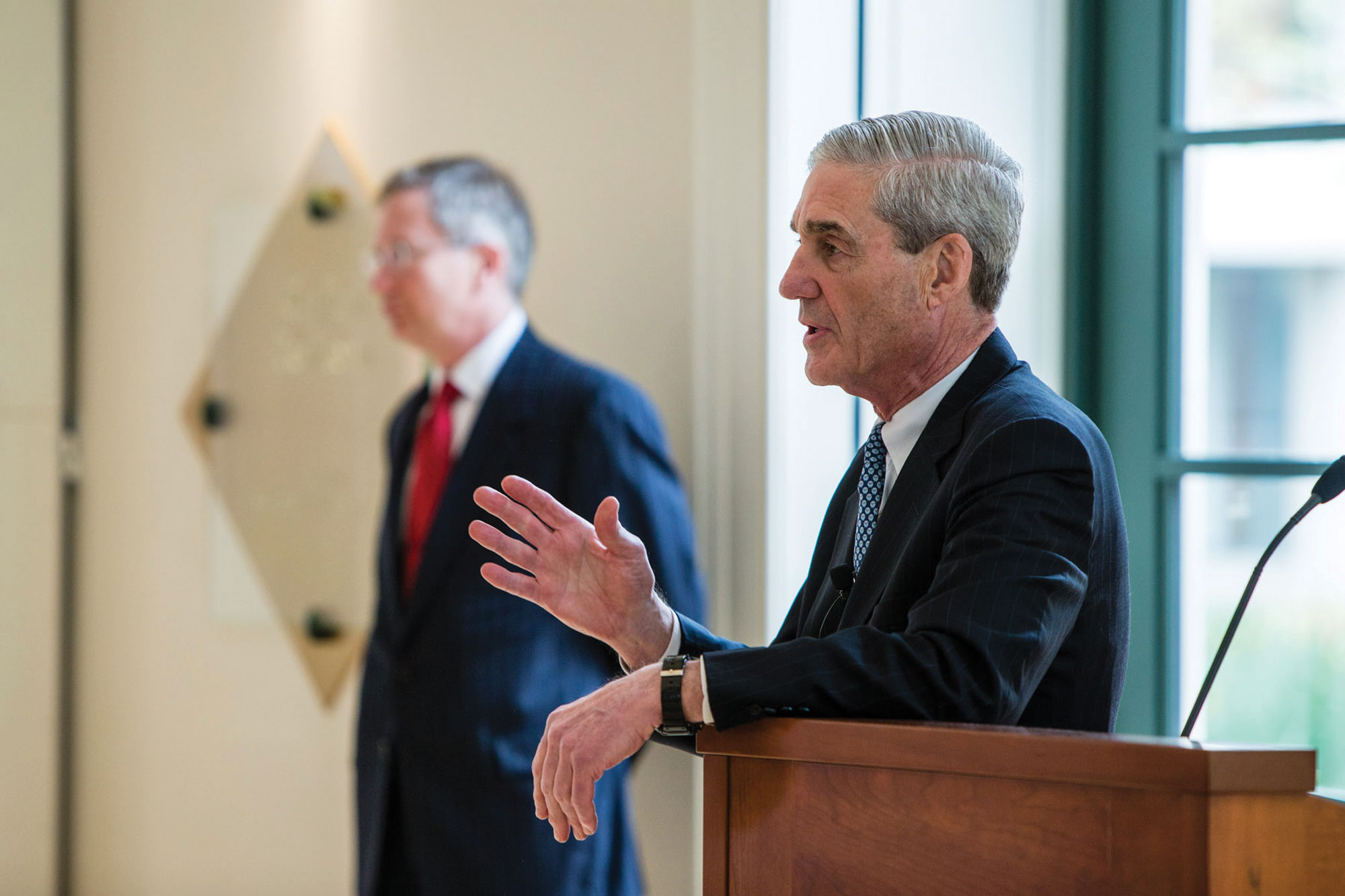 The much-anticipated “Mueller report” dropped Thursday. Named for Robert Mueller, the University of Virginia School of Law alumnus who conducted the investigation, the report offered good and bad news for President Donald Trump, according to Law professor Stephen Braga, an expert in white-collar crime.

Mueller led an investigation into Russian attempts to interfere with the 2016 presidential election. While the report confirmed an earlier Justice Department summation of its contents that there was no proof Trump directly conspired with Russia, the text both outlines the extensive interactions Russian actors had with the Trump campaign in its attempts to interfere and describes 10 ways the president attempted to derail Mueller’s investigation.

The report, however, declined to make a determination on the question of obstruction.

“Obstruction of justice is a difficult white-collar crime to prove because it requires a heightened level of corrupt intent on behalf of the alleged obstructer,” Braga said.

But he sees the president’s headaches as just beginning with the outpouring of information.

“The obstructionist efforts detailed in Mueller’s narrative are anything but flattering for the administration,” Braga said. “A decision not to indict in these circumstances is hardly worthy of a victory lap. A sigh of relief instead, perhaps, until the next shoe drops in the political arena, if it does.”

Braga said Mueller likely avoided leveling charges against Trump on obstruction because of Justice Department guidance. A 2000 DOJ memo states, “Indictment or criminal prosecution of a sitting President would unconstitutionally undermine the capacity of the executive branch to perform its constitutionally assigned functions.”

He said the failure to indict was also at least partly a product of the president’s direct reports refusing to carry out his instructions. In one instance, Trump reportedly ordered White House Counsel Donald McGahn to fire Mueller, which he declined to do.

“The president should thank all of those aides for this,” Braga said.

It also helped that the president never sat down for an interview with Mueller “where his intent could have been more directly probed,” but instead provided answers in writing.

“The president should thank his lawyers for this,” Braga said.

During the process of the investigation, the Mueller team referred 14 related investigations to other offices.

“The sheer number of other investigations the Mueller team referred to other law enforcement agencies for handling is greater, I think, than anyone previously imagined,” Braga said. “The potential sweep of these other investigations should be worrying for all involved.

“Mueller’s report is, thus, not the end here by any means.”

Monkeypox Is Spreading, But University’s Risk Believed To Be Low END_OF_DOCUMENT_TOKEN_TO_BE_REPLACED

Q&A: Assessing the Risks and Rewards of Pelosi’s Plan to Visit Taiwan END_OF_DOCUMENT_TOKEN_TO_BE_REPLACED

These Giant Wind Turbines, Inspired by Palm Trees, May Be the Future of Renewable Energy END_OF_DOCUMENT_TOKEN_TO_BE_REPLACED