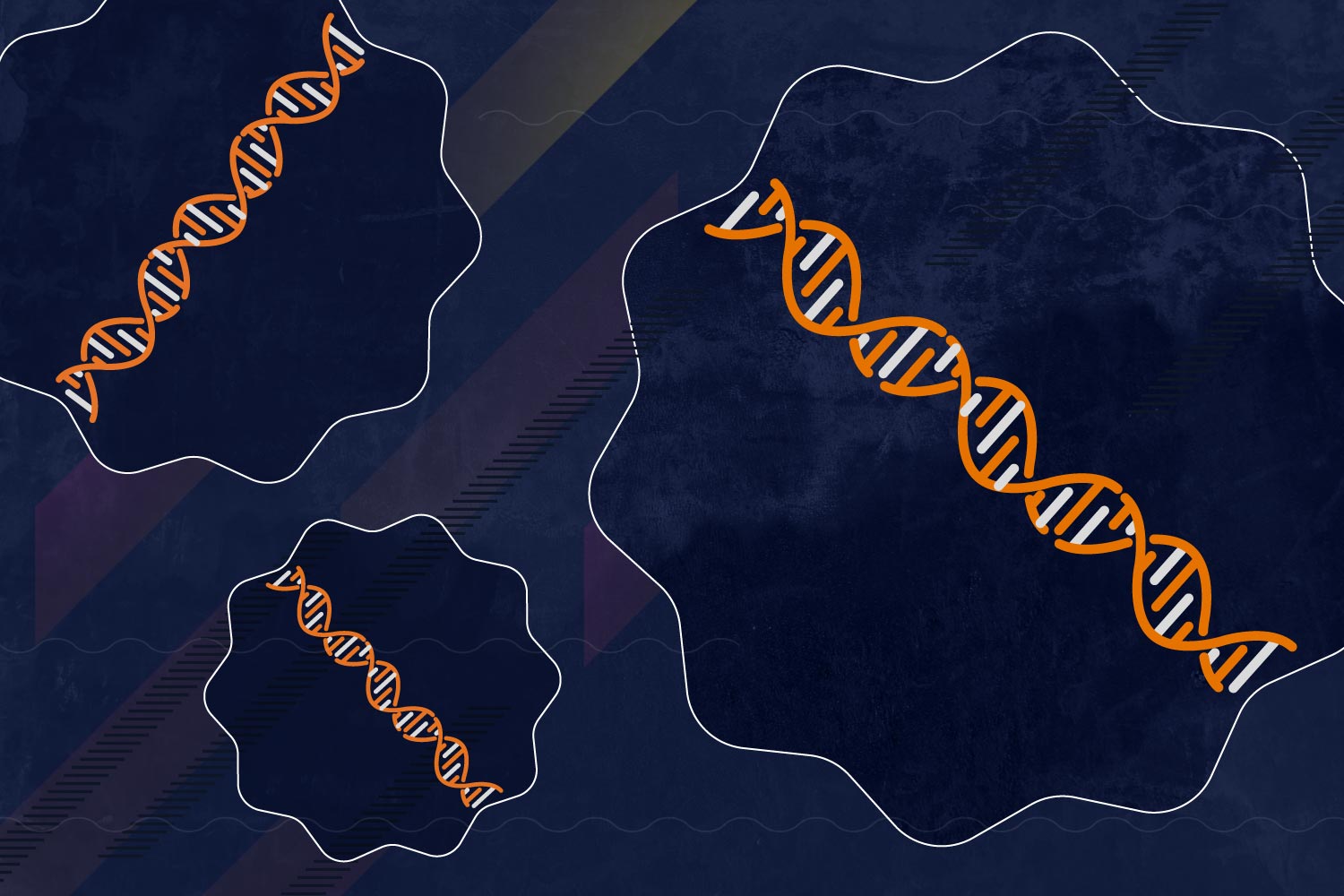 A new discovery about the effects of aging in our cells could allow doctors to cure or prevent diabetes, fatty liver disease and other metabolic diseases – and possibly even turn back the clock on aging itself.

The new finding from the University of Virginia School of Medicine suggests that fatty liver disease and other unwanted effects of aging may be the result of our cells’ nuclei – the compartment containing our DNA – getting wrinkly. Those wrinkles appear to prevent our genes from functioning properly, the UVA researchers found.

There’s no wrinkle cream for nuclear membranes, but there is a tantalizing possibility: We might use viruses to smooth the membranes’ surfaces – and restore the cells to functioning as they did in the glow of youth.

The new discovery from the lab of Irina M. Bochkis of UVA’s Department of Pharmacology shows that the location of our DNA inside the cell’s nucleus is critically important. Genes that are turned off are shoved up against the nuclear membrane, which encases the nucleus. But with age, our nuclear membranes become lumpy and irregular, and that prevents genes from turning off appropriately. 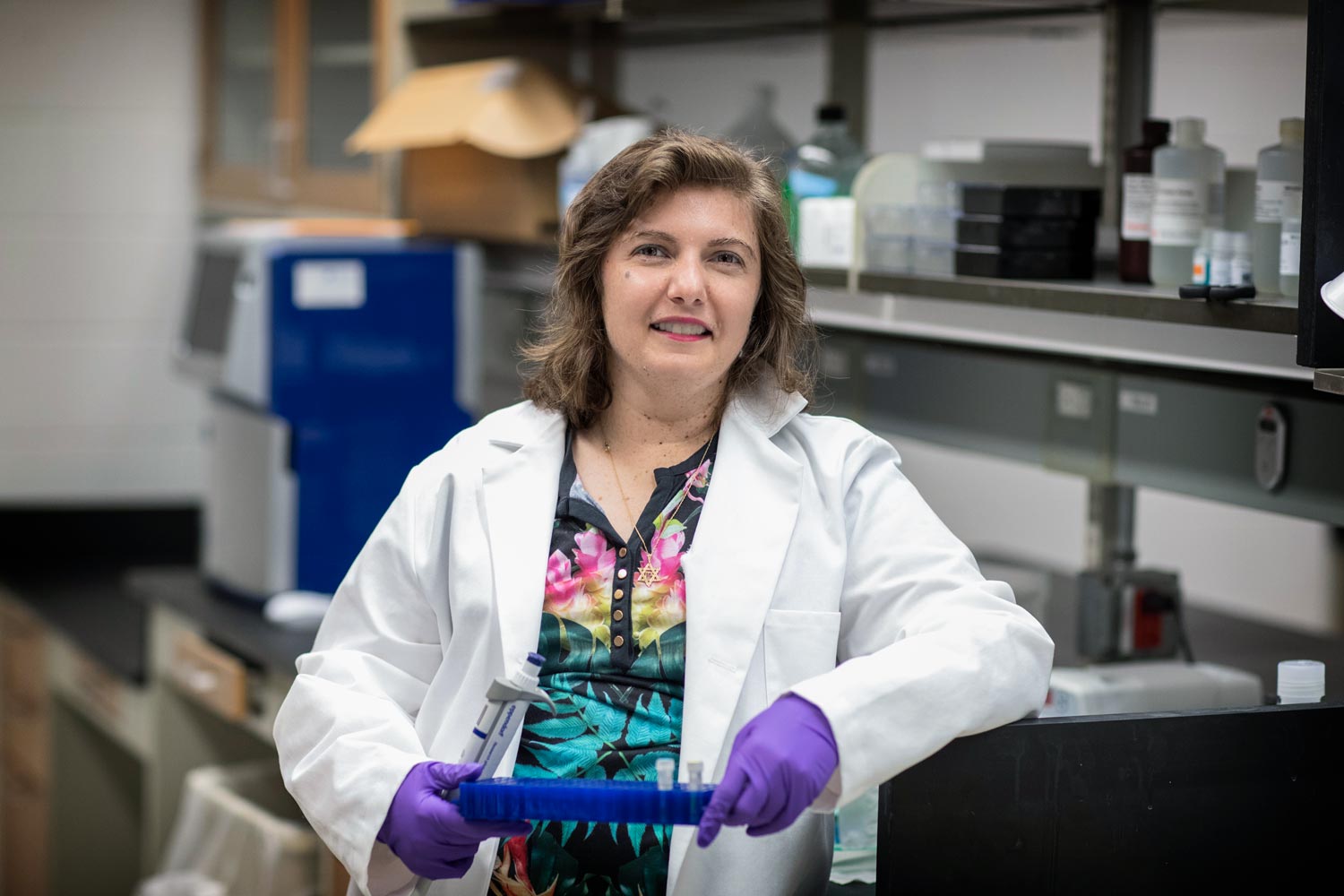 Irina Bochkis and colleagues found that wrinkles in the nuclear membrane can prevent DNA from being expressed properly – and suggested a solution. (Photo by Dan Addison, University Communications)

“We have the same DNA in every single cell, but each cell is different,” Bochkis explained. “So how does that work? Well, actually, certain genes need to be on in the liver and they have to be turned off in the brain, for example, and vice versa. If they’re not turned off appropriately, then you have problems.”

Looking at a model of fatty liver disease, Bochkis found that our livers become studded with fat as we age because of the wrinkly nuclear membranes. “When your nuclear membrane is no longer functioning properly, it can release the DNA that’s supposed to be turned off,” she said. “So then your little liver cell becomes a little fat cell.”

The accumulation of fat inside the liver can cause serious health effects, increasing the risk of type 2 diabetes and cardiovascular disease, even potentially leading to death. “The liver can end up looking like Swiss cheese,” Bochkis said.

The membrane wrinkling stems from a lack of a substance called lamin, a cellular protein that comes in various forms. By putting the appropriate lamin back, we might smooth out the membrane, like Retinol helps smooth face wrinkles.

Getting it there is the challenge. But Bochkis has an idea: We could use viruses to deliver the shipment. Scientists are already modifying viruses for beneficial medical purposes, and it would be particularly easy to get a modified virus to the liver because of the organ’s role in detoxifying the body.

And if it works? “You’re going to have normal cells – normal, healthy cells – and they will appropriately express the genes that should be expressed and … you’re going to eradicate the stuff that shouldn’t be there,” she said.

Bochkis suspects the wrinkling of the nuclear membrane is responsible for unwanted effects of aging in other parts of the body as well.

“Every time I give this talk to colleagues, they say, ‘Well, do you think this is a universal mechanism?’” she said. “In my opinion, I think it is.”

Bochkis and her colleagues have published their findings in the scientific journal Aging Cell. The research team consisted of Holly Whitton, Larry N. Singh, Marissa A. Patrick, Andrew J. Price, Fernando G. Osorio, Carlos López-Otín and Bochkis. Patrick and Price, both undergraduate students at UVA, were essential in analyzing next-generation sequencing data for the project.

When Less Is More: How Harnessing the Power of Subtraction Can Add to Life END_OF_DOCUMENT_TOKEN_TO_BE_REPLACED