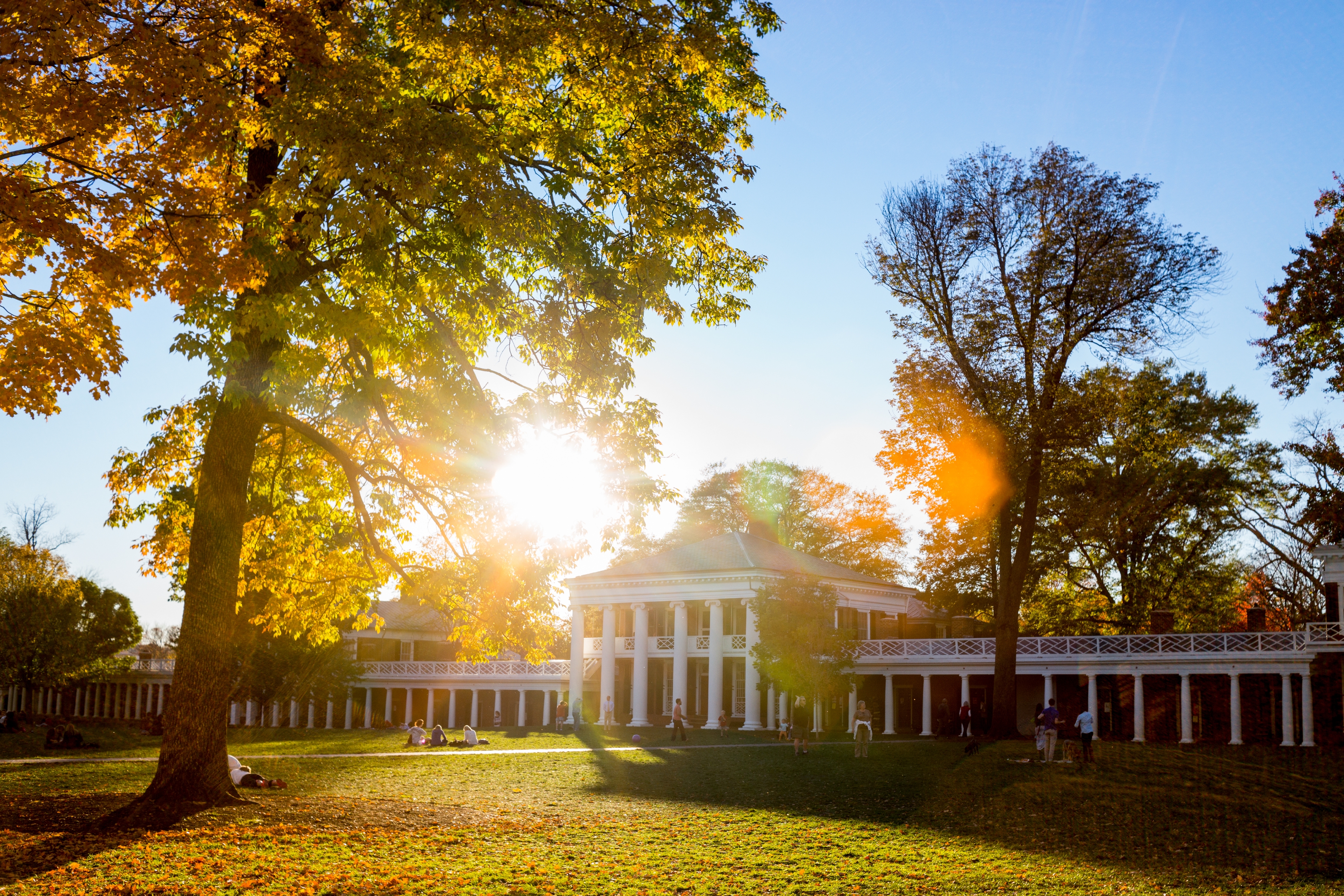 U.Va. retains 97 percent of its first-year students, and 94 percent graduate within six years.

The University of Virginia continues to rank among America’s greatest universities in the latest edition of the U.S. News & World Report rankings, released today.

U.Va. is the No. 3 public university in the nation and No. 26 overall among national universities, according to the magazine’s highly anticipated annual ranking. U.Va. has ranked among the top three public schools every year since the rankings first appeared in 1988.

In the complex formula that determines the list, U.Va. scores highest among public institutions in the graduation and retention metrics, which make up 22.5 percent of the overall score. Ninety-seven percent of U.Va. first-year students return for their second years and 94 percent graduate in six years or fewer, the University’s highest-ever graduation rate.

The University also maintains an outstanding reputational ranking (also worth 22.5 percent of the total score), both among peers (4.2 on a 1-to-5 scale) and among high school guidance counselors (4.5).

“The University of Virginia's long-standing position among the top universities in the nation is a testament to the quality and durability of our University,” U.Va. President Teresa Sullivan said. “Through the Cornerstone Plan, we have made a commitment to improve this broad standard of excellence while focusing on innovations that will enable us to further distinguish the University. We are committed to strengthening the University for its third century.”

Among many metrics factoring into the U.S. News rankings is faculty resources, which has been an area of focus for the University as it seeks to increase faculty compensation among other top institutions. The University faces a period of dramatic faculty turnover in the coming years, and attracting the next generation of top instructors and researchers is among its top priorities.

“The Board of Visitors has made a concerted effort in the past few years to raise faculty salaries to competitive national levels among our peers, but at times has been thwarted by difficult financial times as well as legislative limits on increases to faculty compensation,” said Rector William H. Goodwin Jr. “The board is committed to meeting competitive benchmarks to keep our faculty best-in-class in delivering an exceptional education to our students.”

The U.S. News “Best Colleges, 2016 Edition” also includes several sub-rankings. The University rated No. 33 nationally (and No. 5 among publics, ahead of both UCLA and Cal-Berkeley) on the “Great Schools, Great Prices” list. And among the “Best Colleges for Veterans” – which includes schools that are certified for the G.I. Bill and either participate in the Yellow Ribbon Program or are public schools that charge in-state tuition to all out-of-state veterans – U.Va. is No. 2 among public universities and No. 21 overall.

Each year’s ranking demonstrates the cluster of top institutions nationally. Large shifts in the order are relatively rare, and ties among multiple universities have become a staple. Three universities, for example, are tied for the No. 23 position, while six share the No. 41 slot.

Two other Virginia schools rank among the top 100 national universities: the College of William & Mary (tied for No. 34) and Virginia Tech (tied for No. 70).

U.Va.’s College at Wise, ranked in the second tier of “National Liberal Arts Colleges” (listed alphabetically), rates fourth nationally among those schools for “Least Debt,” with its graduates departing with an average of $12,496 in debt – just ahead of such luminaries as Wellesley College, Williams College and Amherst College.