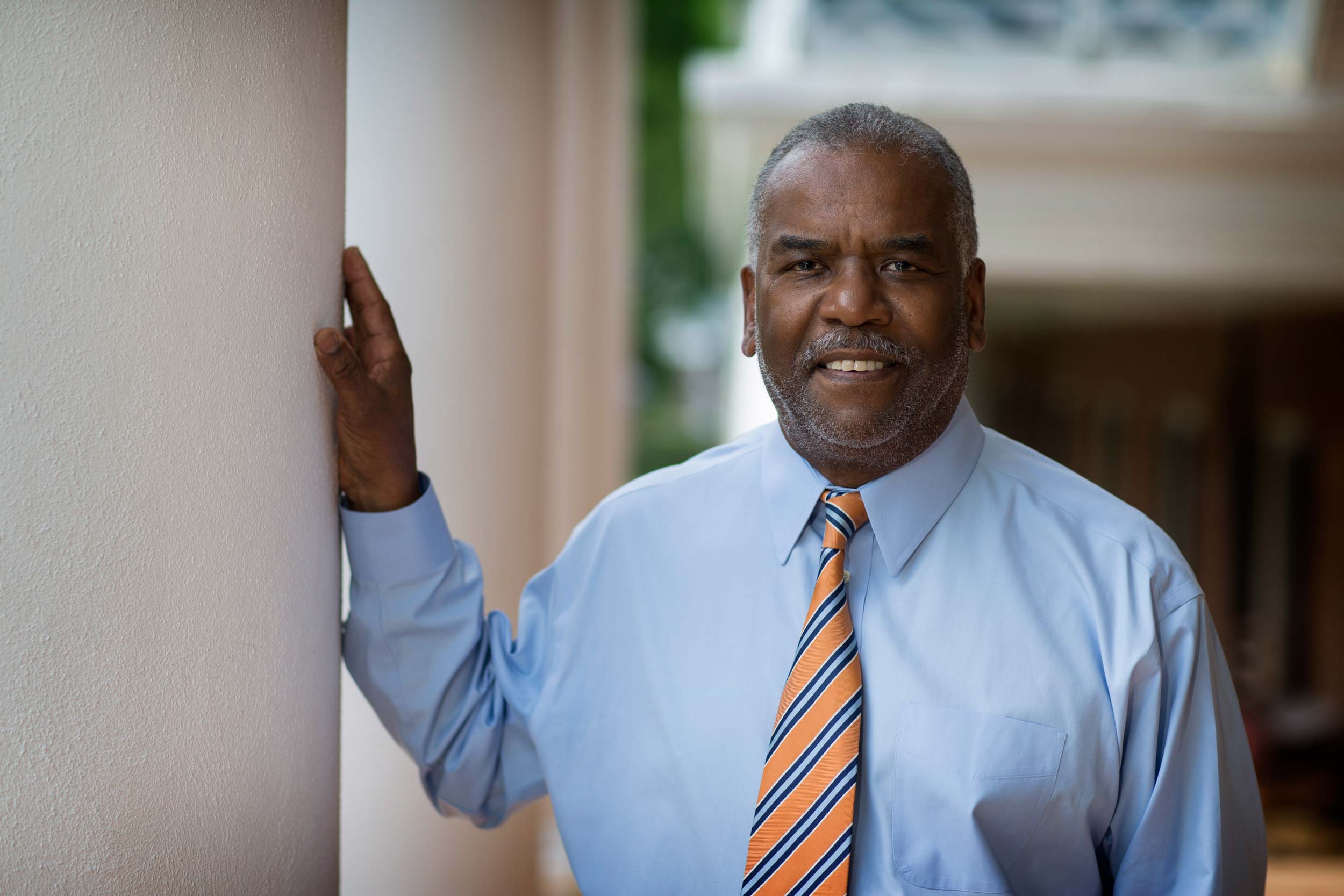 When Dr. Marcus L. Martin chaired the Emergency Department in the University of Virginia’s Health System, he remembered hesitating just once. On April Fool’s Day, he had been summoned to the waiting room to help a woman in labor, he said, and he thought it might be a joke.

His better judgment told him he should respond, however, and he was glad he took it seriously.

“I was there in time just as the baby’s head was crowning. The delivery went fine. As I announced, ‘healthy baby and happy mom,’ the more than 35 people in the waiting room all applauded,” Martin said recently. 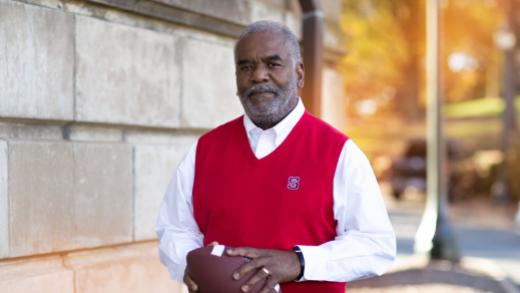 From occasionally delivering babies in the ER to delivering the final report of the President’s Commission on Slavery and the University, Martin has had several leadership roles at the University. Retiring after 23 years, he most recently served as UVA’s vice president and chief officer for diversity and equity, having taken over permanently in 2011 after two years as interim.

Martin’s efforts have advanced diversity, equity and inclusion in many areas of academia and administration on Grounds. He has built bridges in medical service and education, across departments and units, with the local community, in the nation and beyond.

“In the emergency department, the community comes seeking help, and it is a diverse population,” said Martin, who led the department for 10 years before serving in diversity and equity posts on the academic side. “Working in the Office for Diversity and Equity, I could go to the community.” 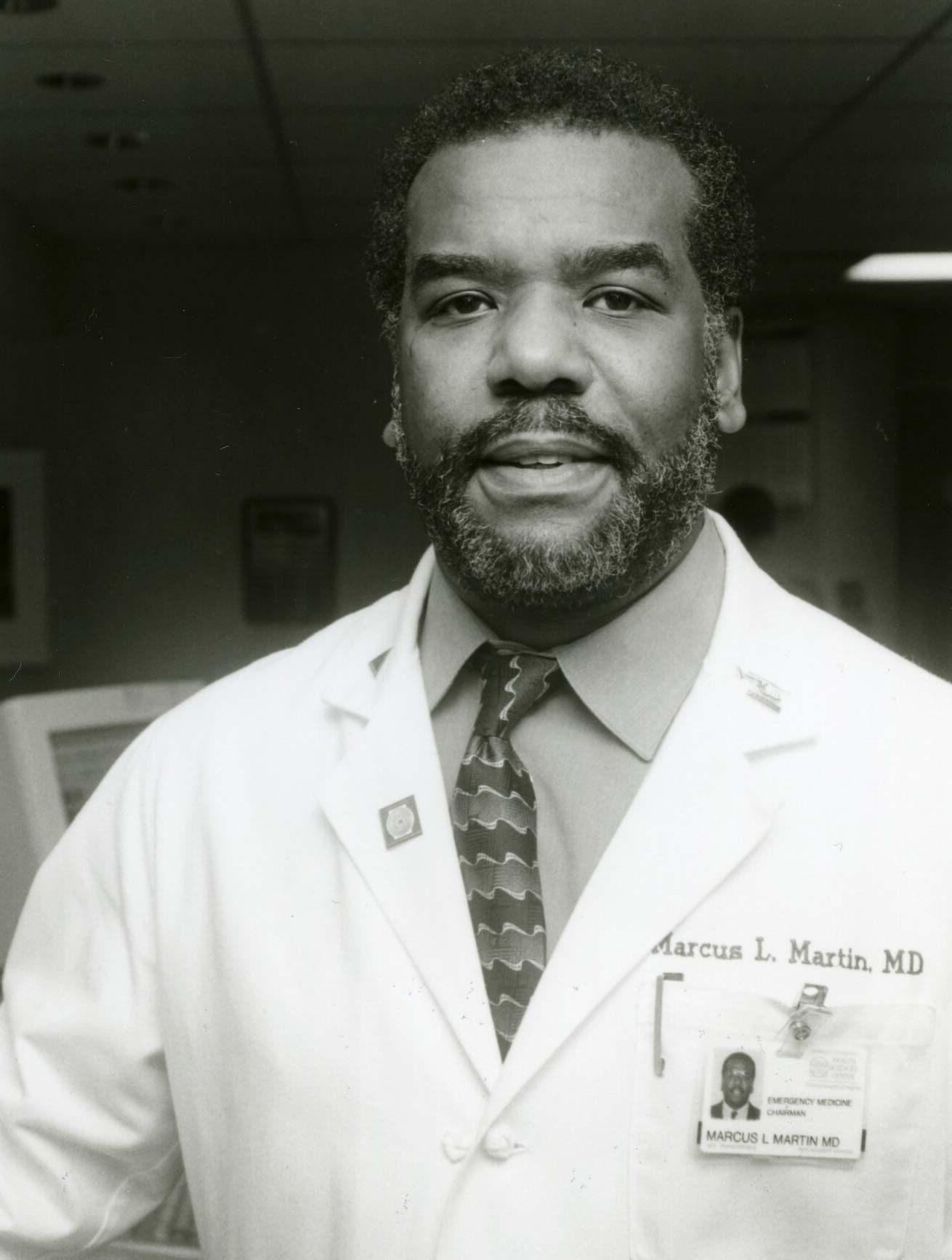 Martin first retired Jan. 1 from both the Emergency Department and the Office for Diversity and Equity, but UVA President Jim Ryan asked if he would come back to the latter until the next vice president was selected.

When his successor, Kevin McDonald, who will start Aug. 1, was announced, Ryan said, “I want to thank Dr. Marcus Martin for everything he’s done to help this university live its values.”

Martin said, “The six staff members in addition to myself strive to synergize efforts related to [Office for Diversity and Equity] goals across Grounds and in the community through numerous initiatives and programs.”

He has overseen the University’s Diversity Council, supporting or establishing several committees and programs to involve other under-represented groups, including: Disability Advocacy and Action; Lesbian, Gay, Bisexual and Transgender; Women’s Leadership; and the National Science Foundation-funded VA-NC Alliance, a multi-institutional program to increase the number of underrepresented students in STEM disciplines.

Since 2010, Martin and his staff have worked with UVA and local organizations to plan the annual Community Martin Luther King Jr. Celebration, which they developed into a two-week series of events across the University and local community. His office also coordinated a community health fair that became part of Charlottesville’s annual African American Cultural Arts Festival. In 2017, the event’s organizers gave him the “Keeper of the Village” Award.

Under Martin’s leadership, the Office for Diversity and Equity addressed the University’s history with slavery, especially through the President’s Commission on Slavery and the University, resulting in courses and exhibits addressing UVA’s past and in the conception and construction of a Memorial to Enslaved Laborers, slated to be completed this fall.

For the memorial, the President’s Commission reviewed a student initiative, then brought together members of the UVA and local communities to explore ideas with the memorial’s design team. With a restorative justice model in mind, the commission created local and national advisory boards, plus a community relations task force.

Martin also encouraged and included a new alumni group, the IDEA Fund, to participate in the acknowledgement of the University’s past history with slavery and segregation. The group was responsible for the recognition of Henry Martin, the former bell ringer for the University, with a plaque installed next to the UVA chapel in his honor. 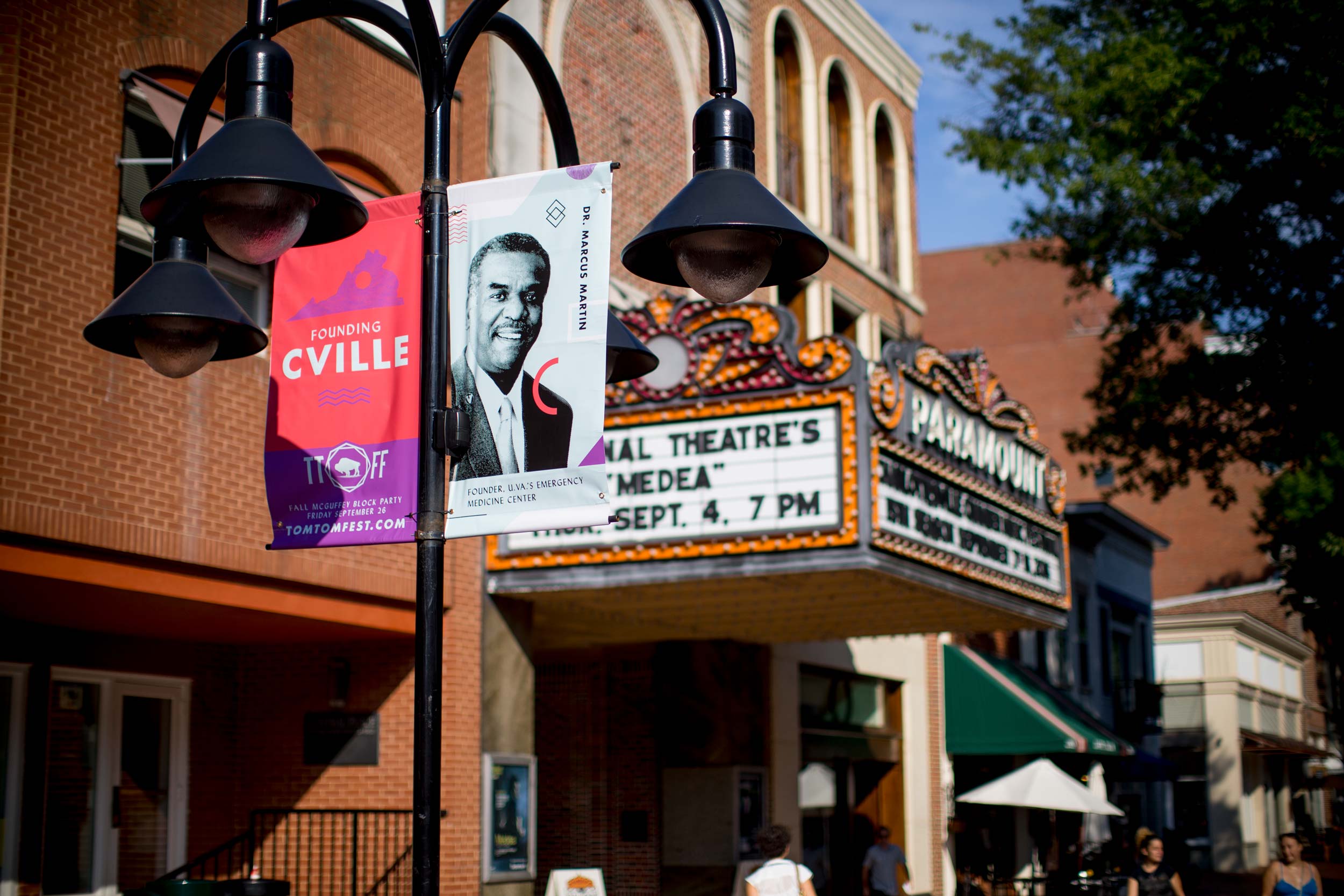 In 2010, Martin established the John T. Casteen III Diversity, Equity, Inclusion Leadership Award to recognize members of the University community who best demonstrate a dedication to the promotion of diversity, equity and inclusion.

“Marcus Martin has been in every good sense the right person for the work of forming and leading the University’s Office of Diversity and Equity,” Casteen, UVA president emeritus, said. “His years as vice president have seen diversity and equity become central elements of the University’s mission. He has been a hands-on, always active and effective leader.”

The office also compiled past reports and initiatives into a record, published as the Diversity Recommendation Index, that serves as a road map toward further progress, especially in recruitment and retention of students, faculty and staff from underrepresented groups. The office website also features a dashboard designed to make diversity data accessible.

Statistics on minority students, faculty and staff have significantly increased and improved under Martin’s watch. In the undergraduate student class of 2023, a record 40% of the accepted students are from minority groups – an increase of 5 percentage points from last year. The percentage of graduate students who are minorities also has risen by 40% over the past decade. The number of minority teaching and research faculty members has increased 70%, from 309 to 537, also over the past decade.

Working with the community, Martin has served on a range of committees and boards and received many accolades for his participation and achievements. He is a member of the Jefferson School Foundation. He was a founding vice president of the 100 Black Men of Central Virginia organization, whose goal is to close the academic achievement gap for young African American males.

“It’s been wonderful,” Martin said recently from the office in Madison Hall he will soon leave. “There were always challenges, but many opportunities presented themselves. And when they did, I walked through that door.”

Some of those opportunities began in college when Martin, a first-generation college student, was one of two students to receive a certain scholarship to North Carolina State University. There, he was the first black football player on the varsity team in 1967. Dozens of the former players got together in Raleigh for the team’s 50th reunion in fall 2017, when Martin talked with UVA Today about his early experiences.

After graduating from college and working for a couple of years, Martin decided to go to medical school. He was the first African American student to graduate from the inaugural class of just 24 students at Eastern Virginia Medical School. A series of “firsts” in medicine followed: He was the first African American to complete the emergency medicine residency program at the University of Cincinnati, serve as president of the Society for Academic Emergency Medicine, become president of the Council of Emergency Medicine Residency Directors, and chair a clinical department at the UVA School of Medicine.

His courage to be the first African American in many of his past roles always included making more room for other under-represented people, ever expanding diversity and inclusion.

Gail Prince-Davis, the administrative assistant who has worked with Martin all of those 23 years, said, “When I think of Dr. Martin, his titles such as physician, vice president or chief officer for diversity and equity are only a small part of his identity. He seamlessly lives his life everyday looking out for others.

“He recognized a long time ago that good health comes in many different facets. He has spent his life making sure that all people are treated with the best of care, whether it is in the emergency department, office, classroom or community,” she said. “Simply stated: He cares about people.”

“I have personally enjoyed providing health care to many members of our community, teaching and mentoring students, advising and interacting with faculty and staff, and engaging with the community and alumni on many levels,” Martin said.

After joining the Office for Diversity and Equity, although he no longer saw patients in the emergency department, he continued to advise students, write recommendation letters and participate in various events and programs. For example, he previously served as clinical director of the School of Medicine’s Summer Medical and Dental Education Program (now the Summer Medical Leadership Program), and continued to give a talk to the students.

In 2009, Martin developed a January term course, “Disaster Preparedness in the West Indies,” taking students to St. Kitts and Nevis and leading them through the fundamentals of emergency care and disaster preparedness using the actual infrastructure in the dual-island nation. Then he edited a textbook about it, “West Indies Health Care and Disaster Preparedness.”

Martin was also the lead editor for two editions of “Diversity and Inclusion in Quality Patient Care.” The first edition addressed cultural competency in health care; the second, subtitled “Your Story/Our Story: Addressing Health Care Bias,” expands upon the first to include dozens of case studies demonstrating unconscious bias and microaggressions encountered by any of those involved in health care, from patients to students to physicians, nurses and other health care professionals.

Dr. Bob O’Connor, who heads the emergency medicine department, now holds the Marcus L. Martin Distinguished Chair of Emergency Medicine. Currently, there are only three endowed chairs at UVA named for African Americans; the other two are named for the late civil rights activist and UVA history professor Julian Bond and the late Thurgood Marshall, the first black judge appointed to the U.S. Supreme Court. 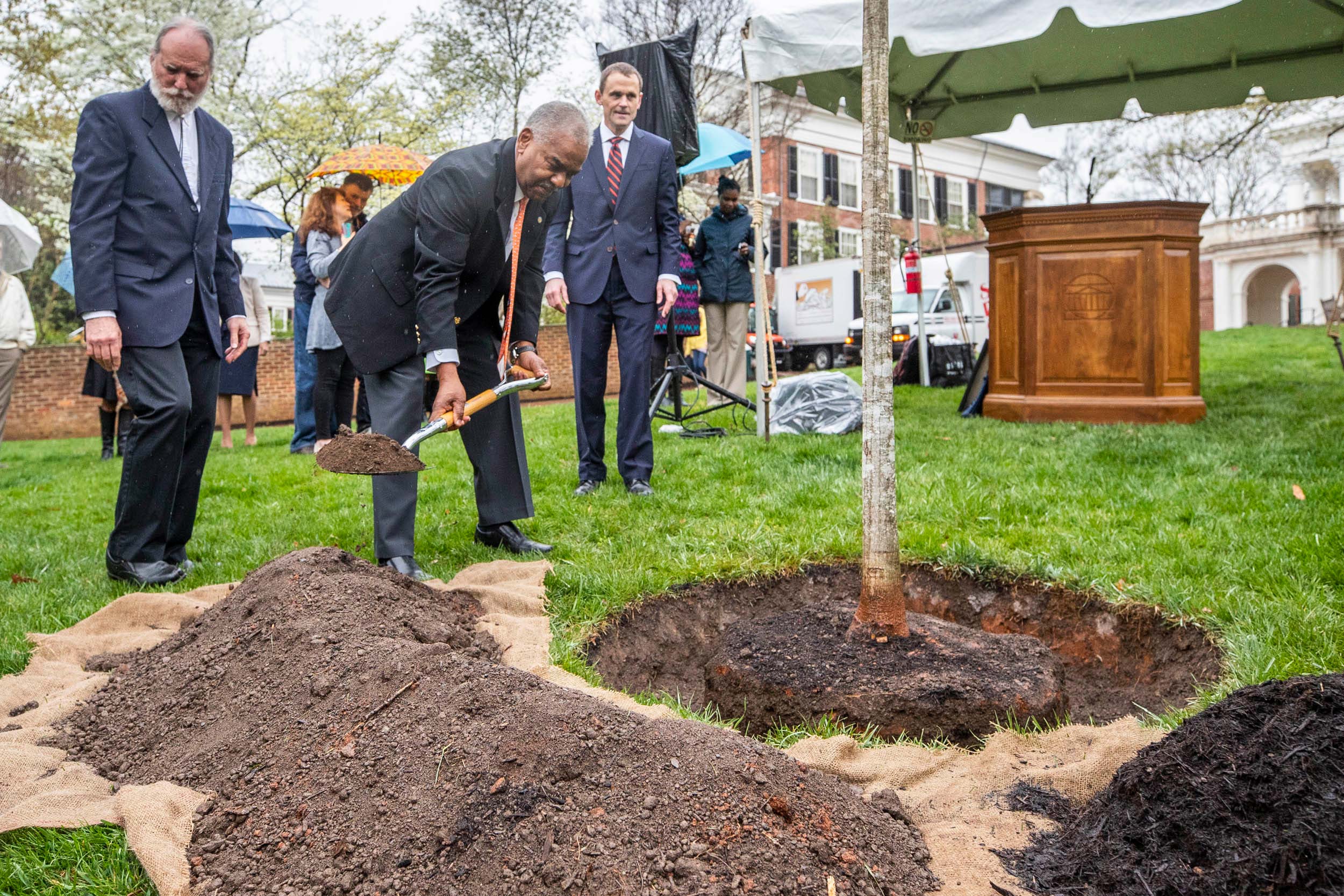 Although he’s looking forward to spending more time with his wife and family, including five grandchildren – especially at their Outer Banks home – Martin said he still intends to put his energy into the diversity, equity and inclusion arena, perhaps by writing more or consulting. He still serves on the Eastern Virginia Medical School Board of Visitors and N.C. State’s Kenan Institute for Engineering, Technology and Science Board of Trustees.

“Virginia is home. Donna and I grew up in Allegheny County. However, we have lived in Charlottesville longer than anywhere else,” Martin said. “We love the community.”

At this year’s Founder’s Day tree-planting ceremony – which annually celebrates an individual who has made significant and lasting contributions to the University community – UVA President Jim Ryan and other members of the community gathered near the Rotunda to honor Martin. He said he’ll add that moment to his fond memories of UVA, along with moments like watching three of his four children walk the Lawn, seeing a professorship named in his honor and having his retirement dinner at the Boar’s Head Inn last November.

“I only wish that tree – at some point in the future, long after I am gone – could tell my grandchildren and great-grandchildren that the seeds sown here during my time produced growth at UVA in diversity, equity and inclusion as strong as the oak tree itself will have grown,” he said. 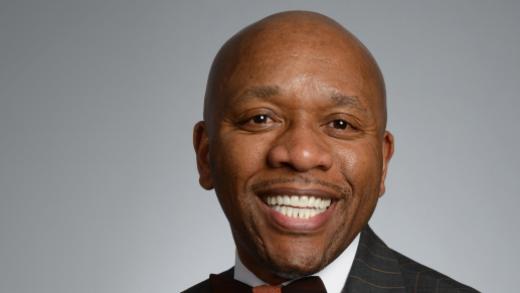 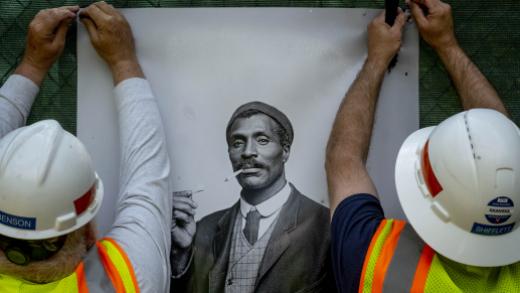 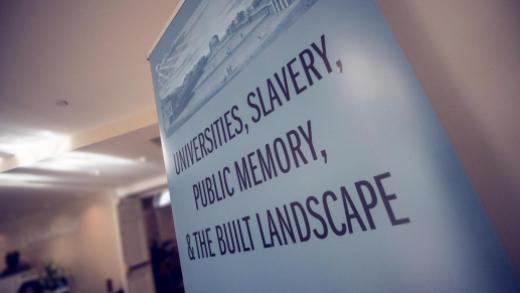