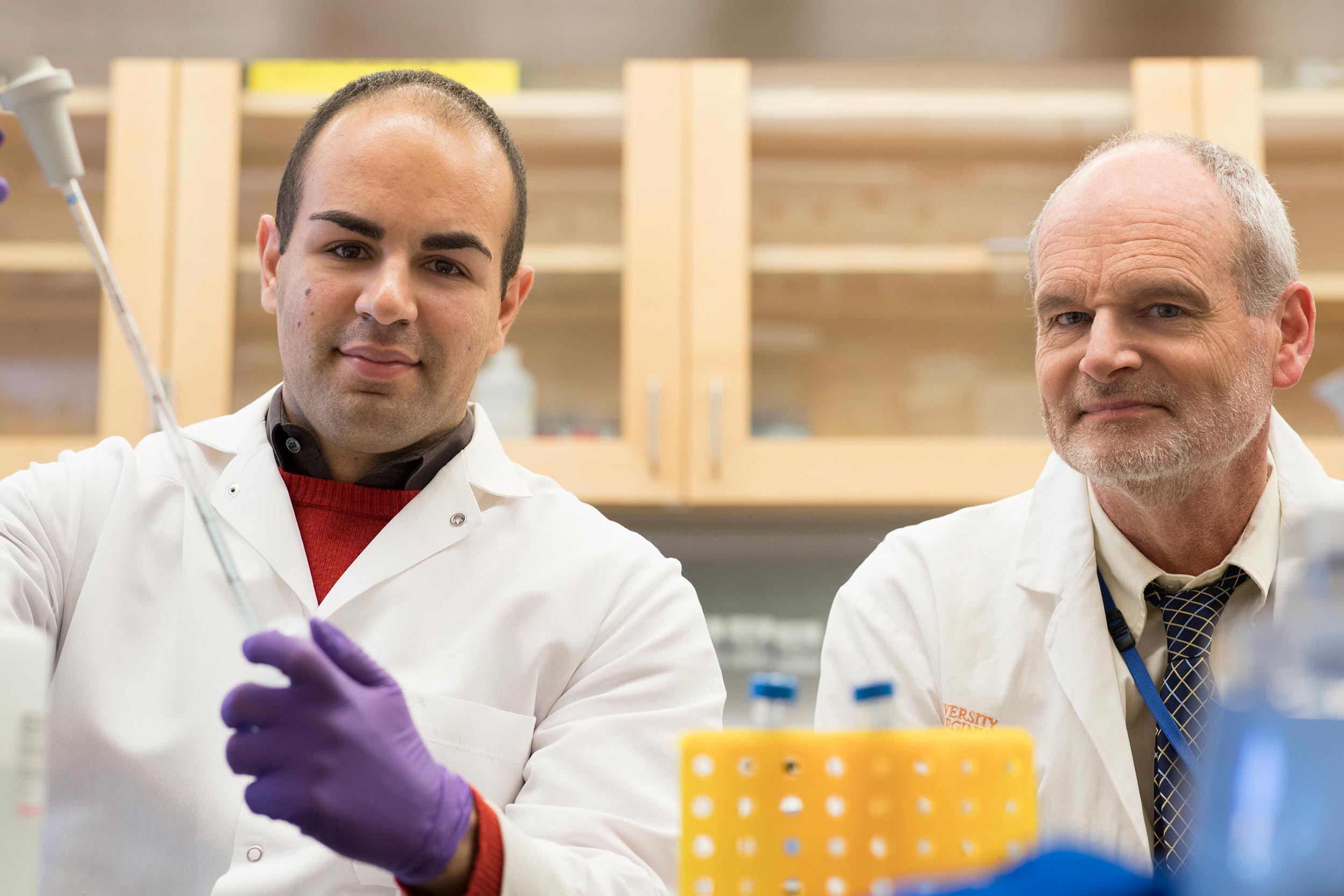 Researchers Mahmoud Saleh and William Petri were initially discouraged from looking into C. diffi infections, but their work has broken ground in identifying patients who might be susceptible to infection. (Photo by Dan Addison, University Communications)

At UVA, There Is a Club for Everyone END_OF_DOCUMENT_TOKEN_TO_BE_REPLACED