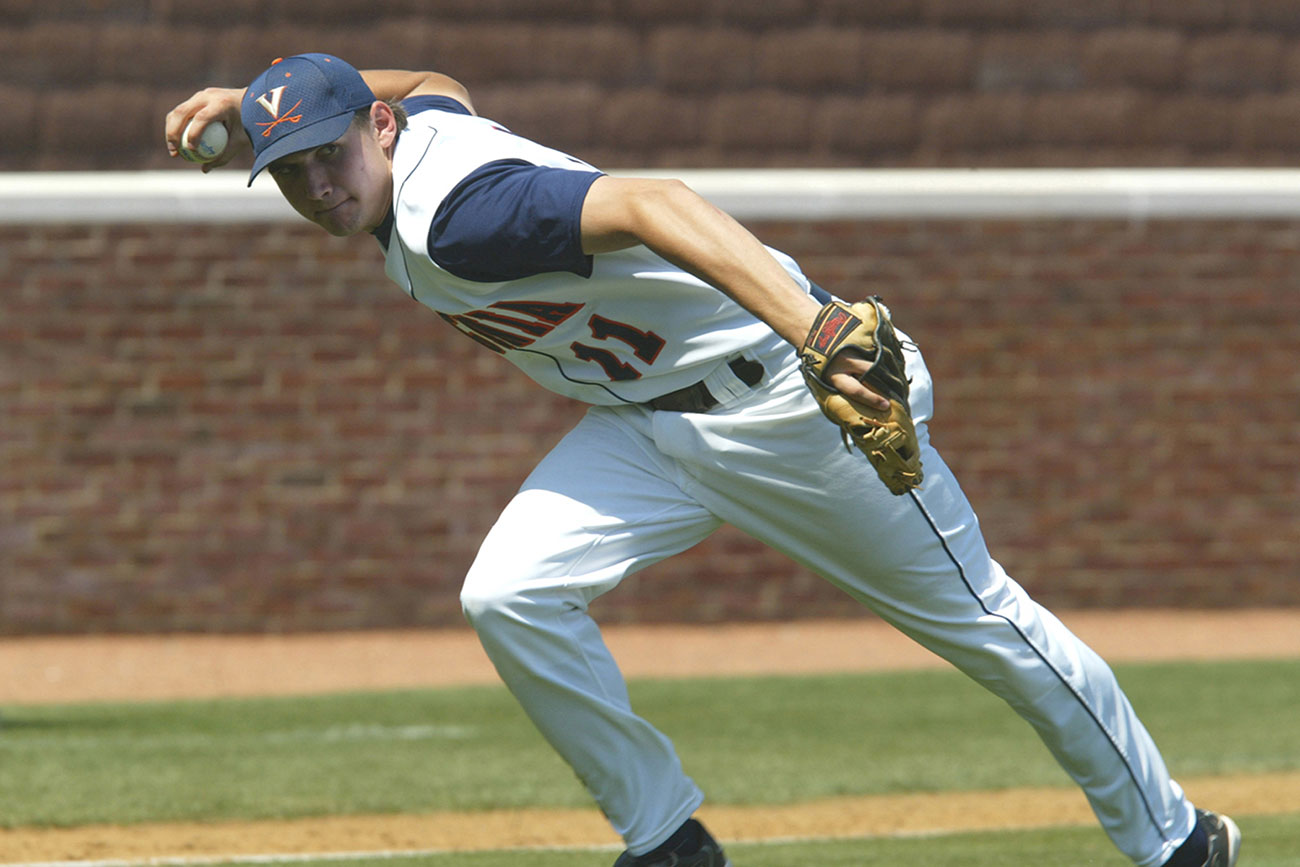 Before going on to star with the Washington Nationals, Ryan Zimmerman was an All-America third baseman at UVA.

Ryan Zimmerman, a former All-America third baseman at the University of Virginia and current member of Major League Baseball’s Washington Nationals, has made a $1 million commitment to the Virginia Athletics Foundation to support the Cavalier baseball program.

The Virginia athletics department is currently evaluating an expansion of Davenport Field that would replace bleacher seating down the right-field line with permanent chairback seats, add suites and field-level club seats, create offices for the baseball coaching staff and add additional player development areas underneath the new grandstand. The final cost of the project is to be determined, as is the review and approval as part of the University’s guidelines for capital projects. Zimmerman’s contribution will help fund the expansion project, which will begin once all of the funds have been raised.

“The stadium expansion project is very important to the future of Virginia baseball and the development of players in the program,” Zimmerman said. “I am proud to be a Cavalier and would not be the person or player I am today without my experiences at the University of Virginia. This is a tremendous opportunity to give back and maintain a standard of excellence that will keep Virginia baseball among the best programs in college baseball. I hope others will join me in support of this project.”

This pledge is Zimmerman’s second major gift to the UVA baseball program. He made a $250,000 gift toward the renovation of the team’s clubhouse at Davenport Field, and the indoor hitting facility bears his name.

“We are grateful for Ryan’s ongoing support of our baseball program, the care he has for others, and his willingness to give back,” UVA Director of Athletics Craig Littlepage said. “This pledge represents the largest gift we have received from an active professional athlete and will provide momentum for all of our fundraising efforts.”

The University’s “All In For Excellence” athletics fundraising initiative supports scholarships, endowments and operational budget needs for all 25 sports at the University. The 2016 fundraising goal is $23.3 million. Any facility projects, such as the expansion to Davenport Field, will be in addition to the annual fundraising targets outlined in the All In the Excellence initiative and will follow the department’s strategic plan for facility development.

“Ryan’s commitment to the Virginia baseball program shows his respect for his career as a Cavalier,” Virginia head coach Brian O’Connor said. “I am very excited to have Ryan involved with this important project for the future of our baseball program and grateful for his support.”

Zimmerman was the Nationals’ first-round draft pick in 2005. He has spent his entire career with the organization. Zimmerman was named to the National League All-Star team in 2009 and has a career batting average of .283. The Virginia Beach native also founded ziMS Foundation, which is dedicated to treating and curing multiple sclerosis. 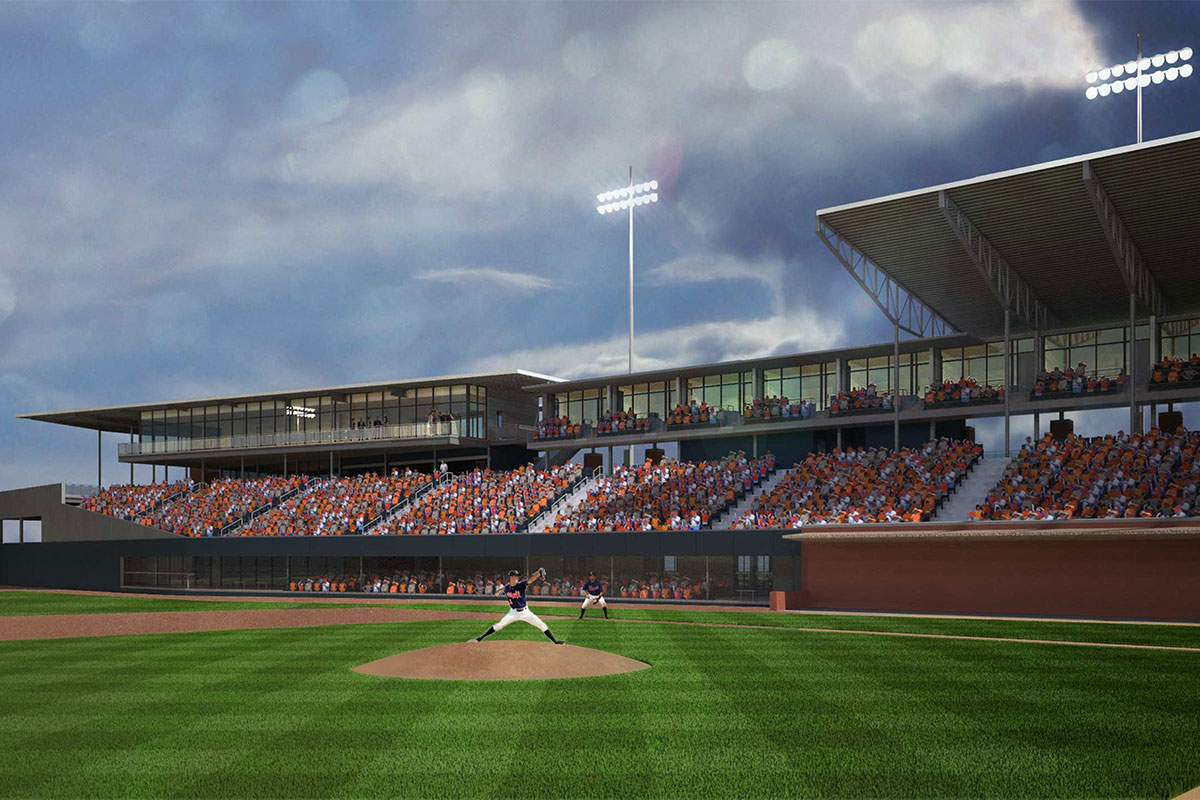 The proposed project may include replacing the current right-field bleachers with permanent seats, field-level boxes and suites. 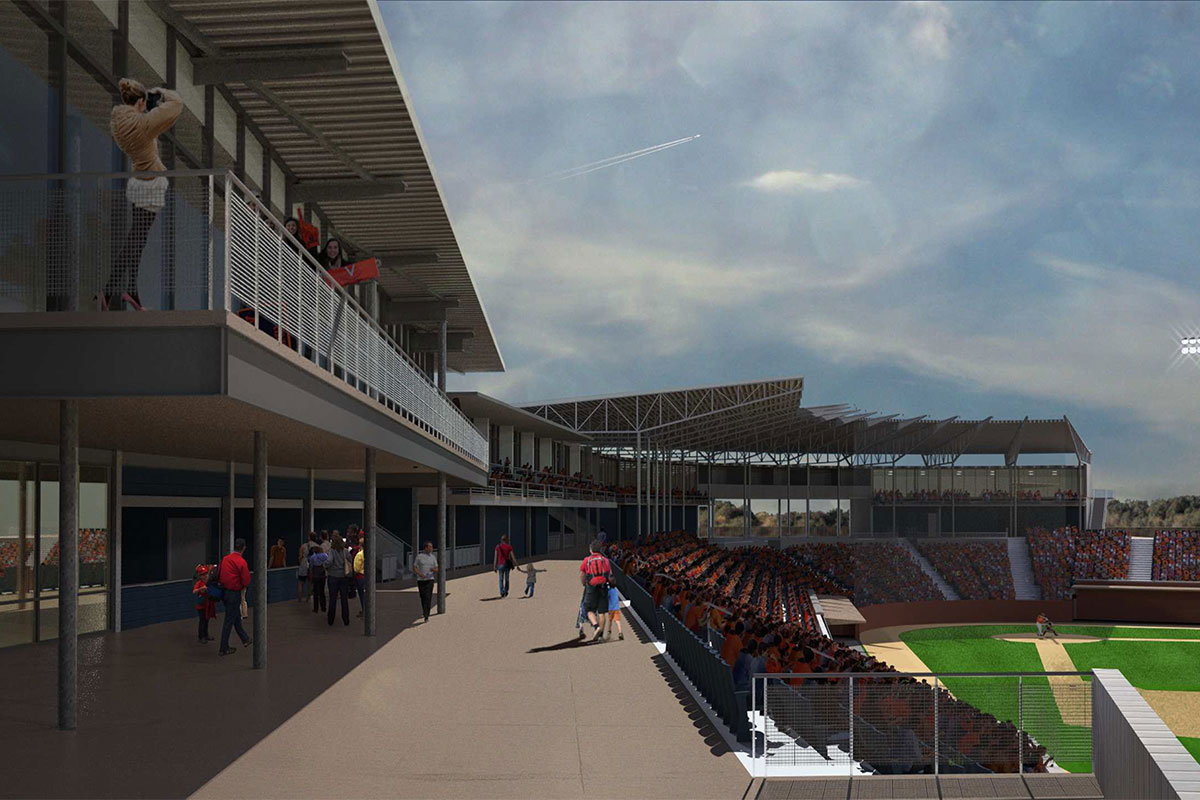 In this view, the main concourse is extended down the right-field line. 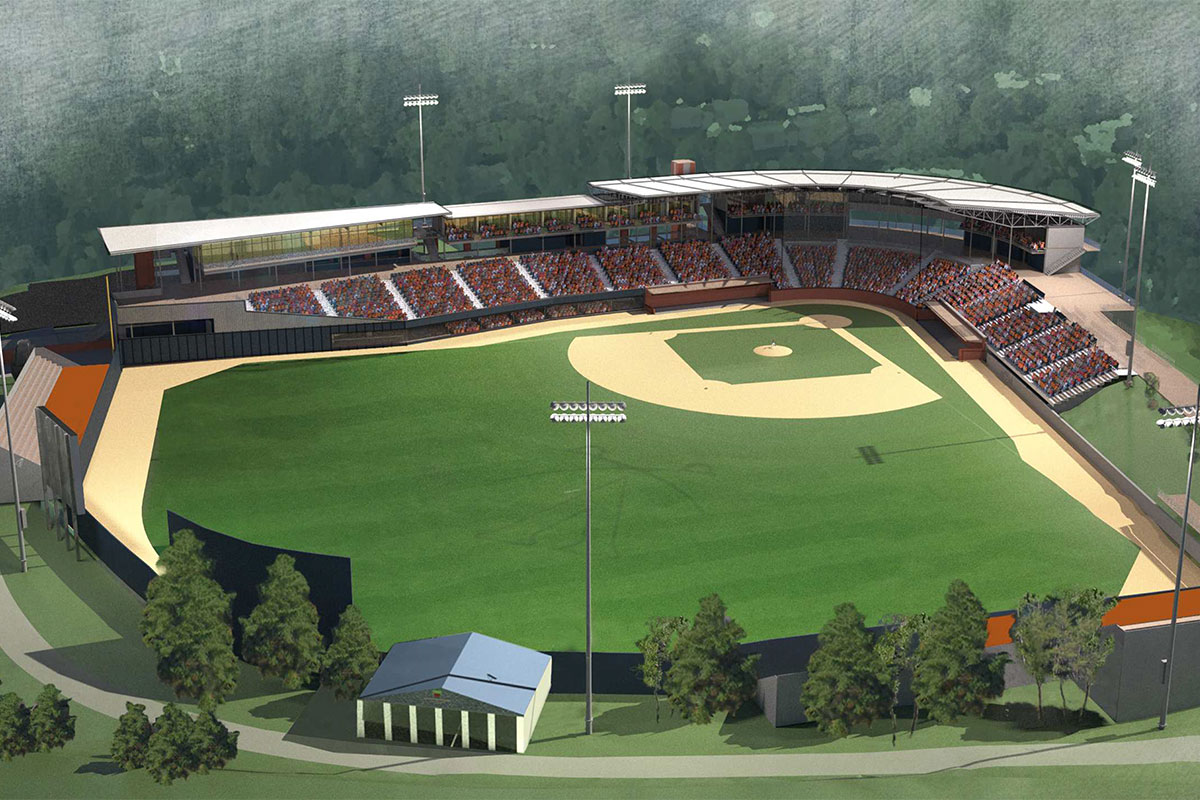 A bird’s-eye view of a possible stadium expansion design.

What Is Biotechnology? Where Is It Headed at UVA? END_OF_DOCUMENT_TOKEN_TO_BE_REPLACED