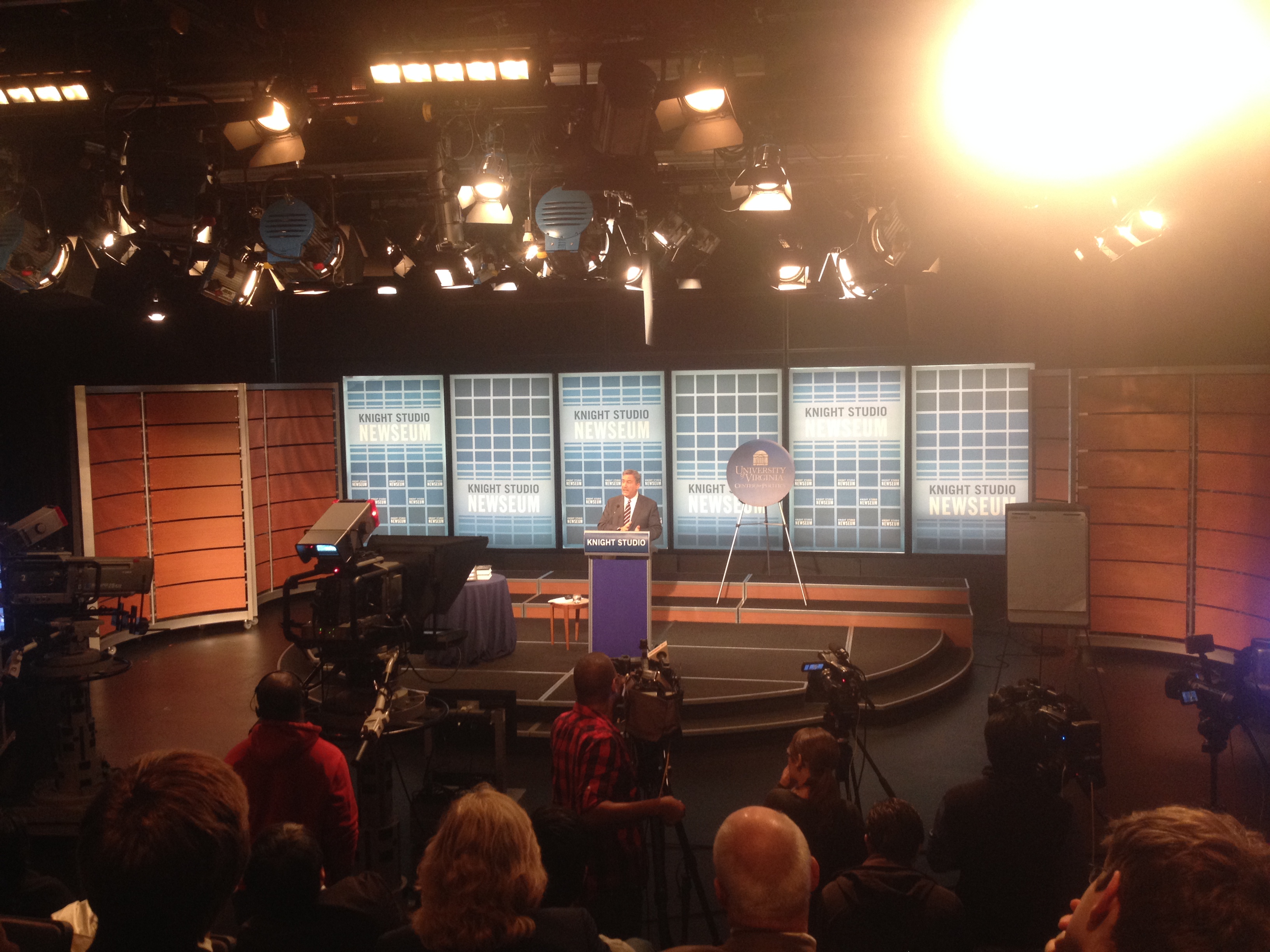 Who killed John F. Kennedy? And what is the legacy of “Camelot”?

Starting this week, students around the world will plunge into University of Virginia politics professor Larry Sabato’s online class to grapple with these questions.

Students applied for enrollment to the course last semester with limited knowledge as to what the course work would entail. When classes began in August, students met at the Center for Politics – which Sabato directs – where they were informed that this semester’s seminar would focus on research, analysis and preparation for the upcoming “Kennedy Half-Century” MOOC.

“We were all delighted to find out that we would be given an exclusive preview to Sabato's new book and would be working closely with other members of the Center for Politics to enhance the MOOC,” third-year College of Arts & Sciences student Victoria Tran said.

In addition to weekly class meetings, the 22 students must complete a minimum of four hours interning with the center and will take on the role of community teaching assistants for the MOOC.

During the weekly meetings, students take peer-developed quizzes, which guide them in understanding how to craft quiz questions for the MOOC; tackle questions of their readings and spend an hour probing Sabato for answers related to the Kennedy assassination.

While the events of Nov. 22, 1963, were nearly 30 years prior to the birth of most of the students in the class, and despite the information Sabato shares and that they research themselves, they have many theories on the “whodunit.” (One student facetiously suggested, “Jackie did it.”)

A number of students in the course also interned at the Center for Politics this summer, where they saw the MOOC develop from its infancy.

Planning for the MOOC and the iTunes U course began in July, after U.Va. President Teresa A. Sullivan saw a unique opportunity to partner an online learning experience with the release of Sabato’s book, “The Kennedy Half-Century.”

In July, Sabato, Center for Politics staff and Kristin Palmer, director of U.Va.’s Online Learning Programs, sat down to map out the timeline to launch this month.

As Sabato explained, “Most of ‘The Kennedy Half-Century’ is about his career and how his legacy has impacted his nine White House successors. It is wrong to focus only on his death.” Palmer and others involved in planning for the MOOC agreed.

It was decided that the MOOC should limit the amount of course time focused on the “historical background that people can get from Wikipedia,” as Palmer put it, and should instead offer students themes that answer questions on the impact of JFK’s legacy, such as civil rights, foreign policy and fiscal policy.

As the MOOC began to take shape, students embarked on their work, including third- year College student Michael Pugliese, who has worked on the MOOC, the book, a mobile app and the upcoming documentary.

While most students had some basic knowledge about Kennedy, their research has offered a new perspective. Tran said she had “never learned about Kennedy’s impact on the American people and his lasting legacy” until taking the course.

With hours upon hours spent in the National Archives and the Kennedy Library websites, Tran says she “began to understand how far-reaching his influence was and how much of an impact he has left in politics and in society.”

Pugliese agreed. “I completely understand how people got swept up in the Kennedy mania,” he said. “Sure, I’d heard people my grandparents’ age talk about how cool the Kennedys were, but I never seriously gave it much contemplation. JFK and Jackie were cultural icons in a way no president [and First Lady] before or after has attained, and having combed through thousands of pictures of them, I now fully understand why.”

Students, faculty and staff involved with the “Kennedy Half-Century” project are unsure what to expect from students taking the MOOC. Palmer “fully anticipates that the dialogue will be active, intellectually engaging discussion.”

The opportunity that faculty receive from teaching a MOOC “has proved to be a  transformational highlight of their career. The course designs and global dialogue differ from the traditional classroom teaching experience that professor’s experience on Grounds” Palmer said.

Students are expecting a similar experience. Tran said she is expecting “to see different perspectives from around the world” that will alter her learning experience, not only within the MOOC but also as a residential student at U.Va.

While students were given exclusive early access to “The Kennedy Half-Century,” they were kept in the dark about one valuable piece of information about the book that Sabato revealed at an introductory press conference held Tuesday at the Newseum in Washington.

Students had previously believed that Dictabelt recordings of all police communications on two channels from early morning to late afternoon of that fateful day in Dallas were the “long-hoped-for Rosetta Stone of the Kennedy assassination,” Sabato said.

According to a 1979 report issued by the House Select Committee on Assassinations, the recordings confirmed a conspiracy – largely based on the Dictabelt recording of one stuck microphone on a police motorcycle, which supposedly confirmed that four shots were fired at Kennedy’s motorcade, rather than the three that Lee Harvey Oswald would have been able to fire in his limited time frame.

On Tuesday, Sabato stated that research conducted by the Center for Politics “conclusively proved that the Dallas police motorcycle with the stuck microphone was not even traveling as apart of the presidential motorcade at the time the shots were fired,” but was instead positioned more than two miles away.

Students in the class have not met since Sabato revealed the findings, but it can be expected that they will have a lot of questions to ask and debate will arise as to what impact this information will have on conspiracy theories around the world.

For information on registering for the MOOC, the iTunes U course, the phone app, “The Kennedy Half-Century” book and viewing the documentary, click here.

At UVA, There Is a Club for Everyone END_OF_DOCUMENT_TOKEN_TO_BE_REPLACED