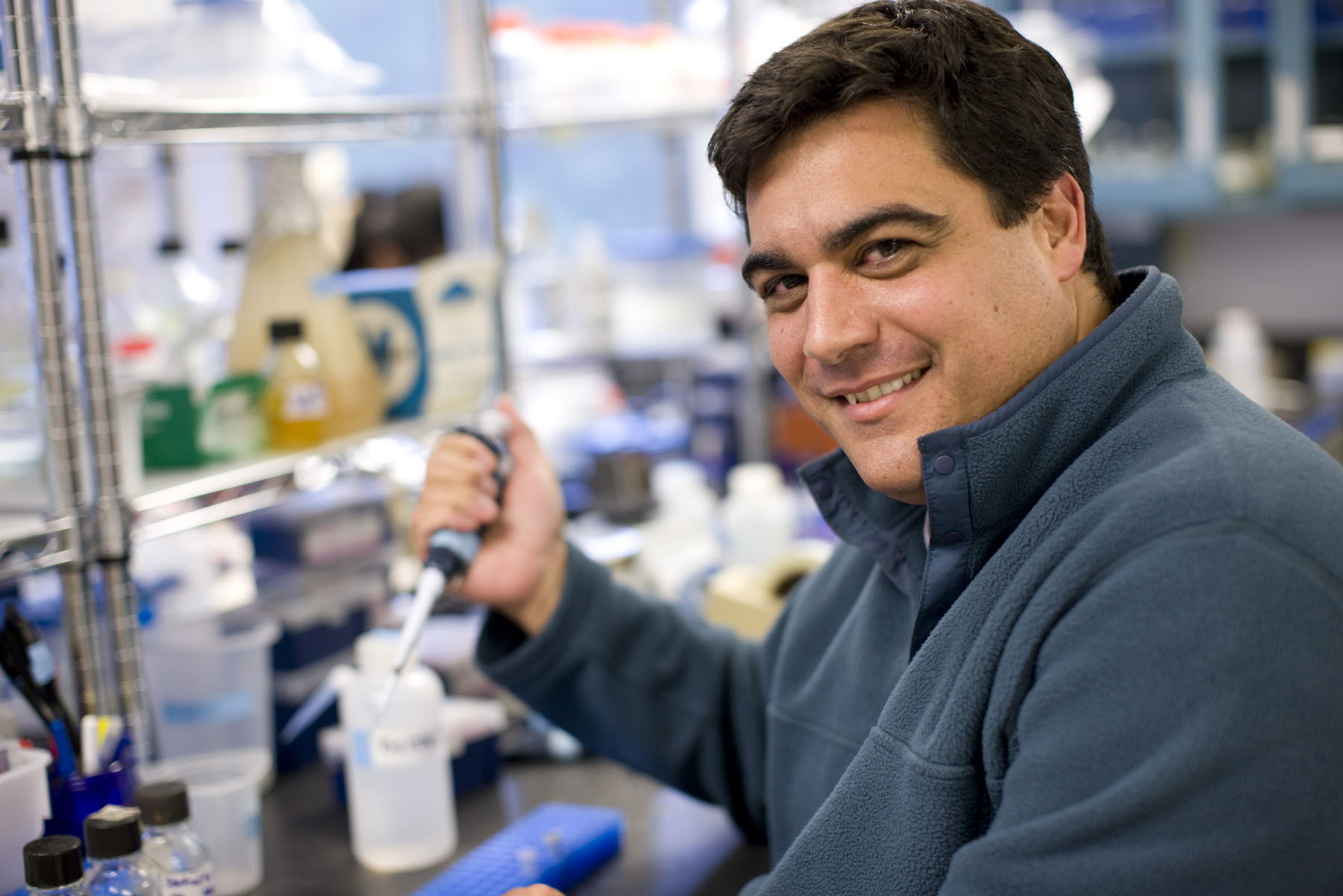 October 30, 2008 — With the days shortening toward winter, many people will begin to experience the winter blahs. For some, the effect can be devastating.

About 6 percent of the U.S. population suffers from seasonal affective disorder, or SAD, a sometimes-debilitating depression that begins in the fall and continues through winter. Sufferers may even find it difficult to get out of bed in the morning.

The disorder, which is not well understood, is often treated with "light therapy," where a SAD patient spends time each morning before a bank of bright lights in an effort to trick the brain into believing that the days are not so short or dim.

A new study indicates that SAD may be linked to a genetic mutation in the eye that makes a SAD patient less sensitive to light.

"These individuals may require brighter light levels to maintain normal functioning during the winter months," said Ignacio Provencio, a University of Virginia biology professor who studies the genetics of the body's biological clock, or circadian rhythms.

Provencio and his colleagues have discovered that melanopsin, a photopigment gene in the eye, may play a role in causing SAD in people with a recently discovered mutation.

"We believe that the mutation could contribute to increasing the amount of light needed for normal functioning during winter for people with SAD," Provencio said. "Lack of adequate light may be a trigger for SAD, but not the only explanation for the disorder."

The findings are published in the online edition of the Journal of Affective Disorders, and will appear later in the print version.

The study was conducted with several other institutions, including the National Institute of Mental Health. It involved  220 participants, 130  of whom had been diagnosed with SAD and 90 participants with no history of mental illness.

Using a genetics test, the study authors found that seven of the 220 participants carried two copies of the mutation that may be a factor in causing SAD, and, strikingly, all seven belonged to the SAD group.

"While a person diagnosed with SAD does not necessarily carry the melanopsin mutation, what we found strongly indicates that people who carry the mutation could very well be diagnosed with SAD," Provencio said. "We think that if an individual has two copies of this gene, he or she has a reasonable chance of having the disorder."

The researchers found that a person with two copies of the gene is five times more likely to have symptoms of SAD than a person without the mutation.

"That is a very high effect for a mental illness, because most mental illnesses have many potential causes," Provencio noted. "A mental illness may arise from many mutations, and we have found one that has a clear link."

The melanopsin gene encodes a light-sensitive protein that is found in a class of photoreceptors in the retina that are not involved with vision, but are linked to many non-visual responses, such as the control of circadian rhythms, the control of hormones, the mediation of alertness and the regulation of sleep.

The mutation in this gene may result in aberrant regulation of these responses to light, leading to the depressive symptoms of SAD. About 29 percent of SAD patients come from families with a history of the disorder, suggesting a genetic or hereditary link.

"The finding suggest that melanopsin mutations may predispose some people to SAD, and that if you have two copies of this mutation, there is a very high probability that you will be afflicted," Provencio said. "An eventual understanding of the mechanisms underlying the pathological response to light in SAD may lead to improved treatments."

Provencio added that the finding, with further study, could also lead to improved testing for SAD.

Provencio's colleague and lead author in the study is Kathryn Roecklein, an assistant professor of psychology at the University of Pittsburgh.