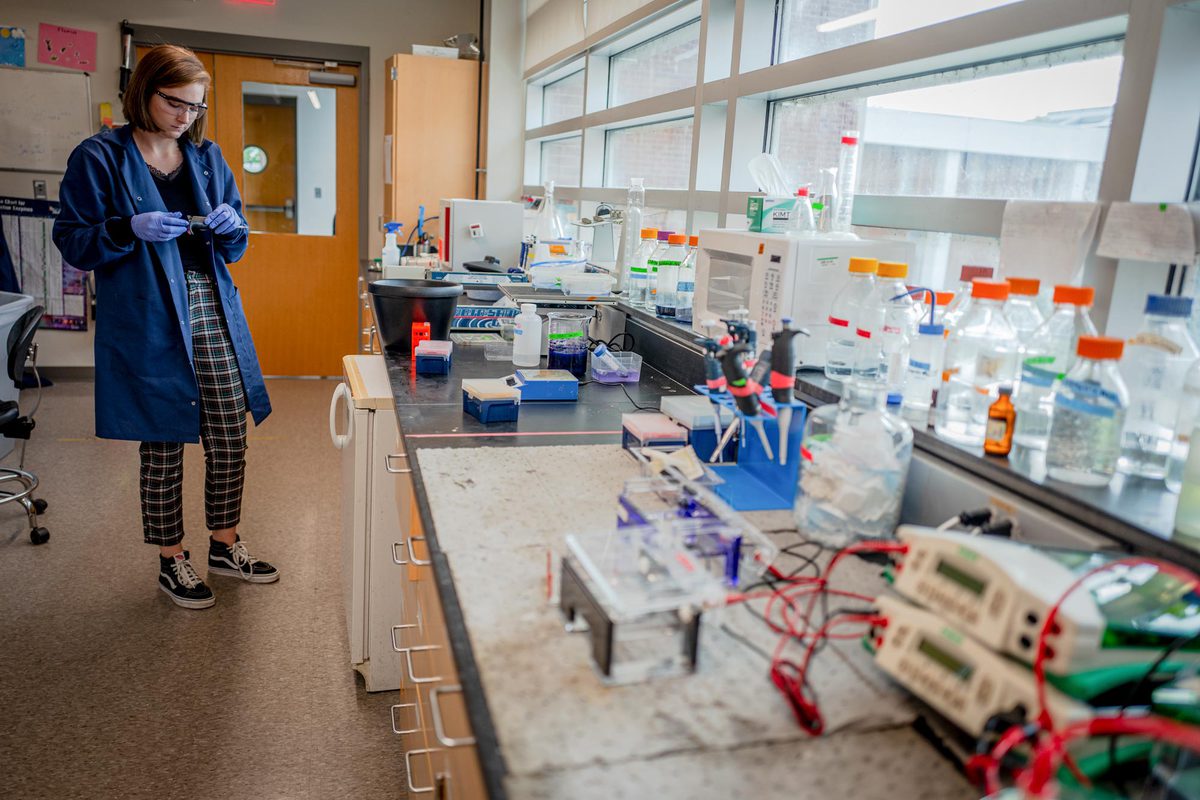 Bryan Berger is confronting one of the biggest environmental challenges of modern times: air, soil and water contamination caused by a group of toxic chemicals whose widespread use and human health consequences are only now coming to light globally.

In his lab at the University of Virginia School of Engineering, Berger, an associate professor of chemical engineering, and his research team are developing novel ways to rid the planet of perfluoroalkyl and polyfluoroalkyl substances, or PFAS, which are used in a huge number of consumer products but linked to serious health issues. Berger’s group is investigating a very unlikely source, Cannabis sativa, or industrial hemp, a fibrous workhorse known for its multitude of beneficial uses including in textiles, antimicrobials and health food.

Berger believes industrial hemp may also provide the greenest way of abating a problem that’s been growing for decades.

In the 1940s, chemical engineers combined a long string of carbon atoms together with fluorine to create a super substance with a chemical bond that is one of the strongest known in organic chemistry today, nearly impervious to natural degradation. Scientists have yet to determine a half-life; once it’s in the environment, it stays there. 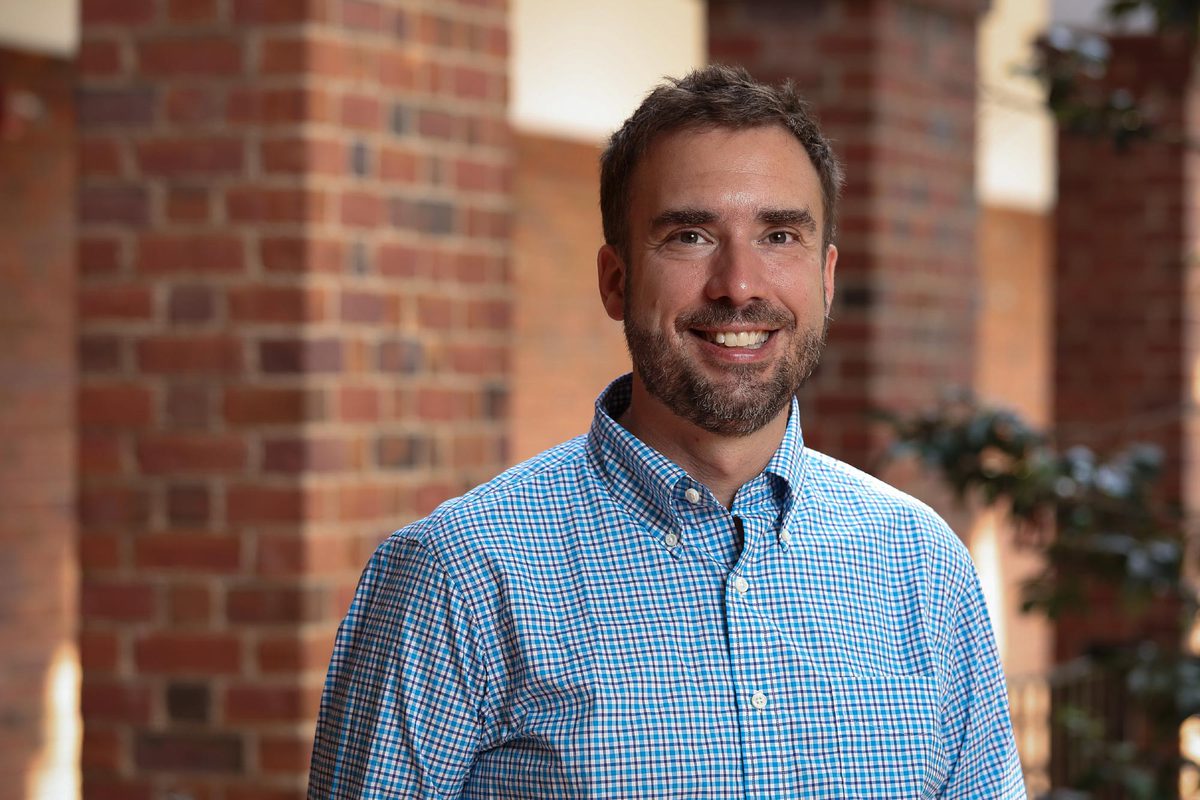 The chemical structure is so tightly bonded, it easily sheds other substances, a perfect solution when you need eggs to slide out of non-stick pans, rain to bead up on jackets or fabrics to resist stains. The military also used the chemicals to suppress high-octane fires at bases around the world.

The commercial applications of the chemicals led to more than 4,730 variants, and large-scale manufacturing and distribution have taken place for more than 60 years.

In recent years, numerous health studies by the National Institutes of Health, the Environmental Protection Agency and other organizations have found perfluoroalkyl and polyfluoroalkyl chemicals to be toxic, with links to various cancers, thyroid and liver diseases, neurological conditions and reproductive health issues.

Meanwhile the chemicals have seeped into water supplies, food and people’s bodies, where they have been proven to quickly accumulate. This prompted the Environmental Protection Agency to issue a lifetime health advisory that people should only take in 70 parts per trillion of two of the most common variants – about the equivalent of one drop in a football field-sized swimming pool if it were 40 feet deep.

“Studying solutions to PFAS contamination is important to our lab as an example of where we can design a unique, biological solution to address an important issue affecting human health and the environment,” said Berger, who brings extensive hemp research to UVA and is engineering other uses for the plant. “It is also a great opportunity for us to collaborate with other faculty across disciplines to address the many challenges associated with this work.”

Early experiments using hemp to draw PFAS toxins out of soil have been encouraging. His team members are also binding PFAS to proteins that then can be degraded with enzymes. His lab is proactively looking at both avenues, one better at removing the chemicals from water and the other from soil.

“Hemp is a fantastic phytoremediation crop, so it’s able to remove things like heavy metals and other sorts of substances from soil and groundwater,” said Berger, whose work before joining UVA Engineering in 2018 focused in part on using hemp’s natural ability to suck contaminants up through its fibrous system to clean soil outside coal mines in Pennsylvania.

“We’ve gotten some really interesting results lately where we’ve been looking at hemp’s ability to sequester and remove PFAS from water and soil samples,” he said. “It could be a way of remediating large amounts of land where there might be contamination by growing something of value on land which otherwise has no value.”

In a bright, second-floor lab in Wilsdorf Hall, Ph.D. student Madison Mann carefully removes a vial of concentrated perfluorooctanoic acid, one of the most prevalent PFAS variants, from behind a fume hood. She’s conducting experiments looking for proteins that bind with PFAS chemicals. 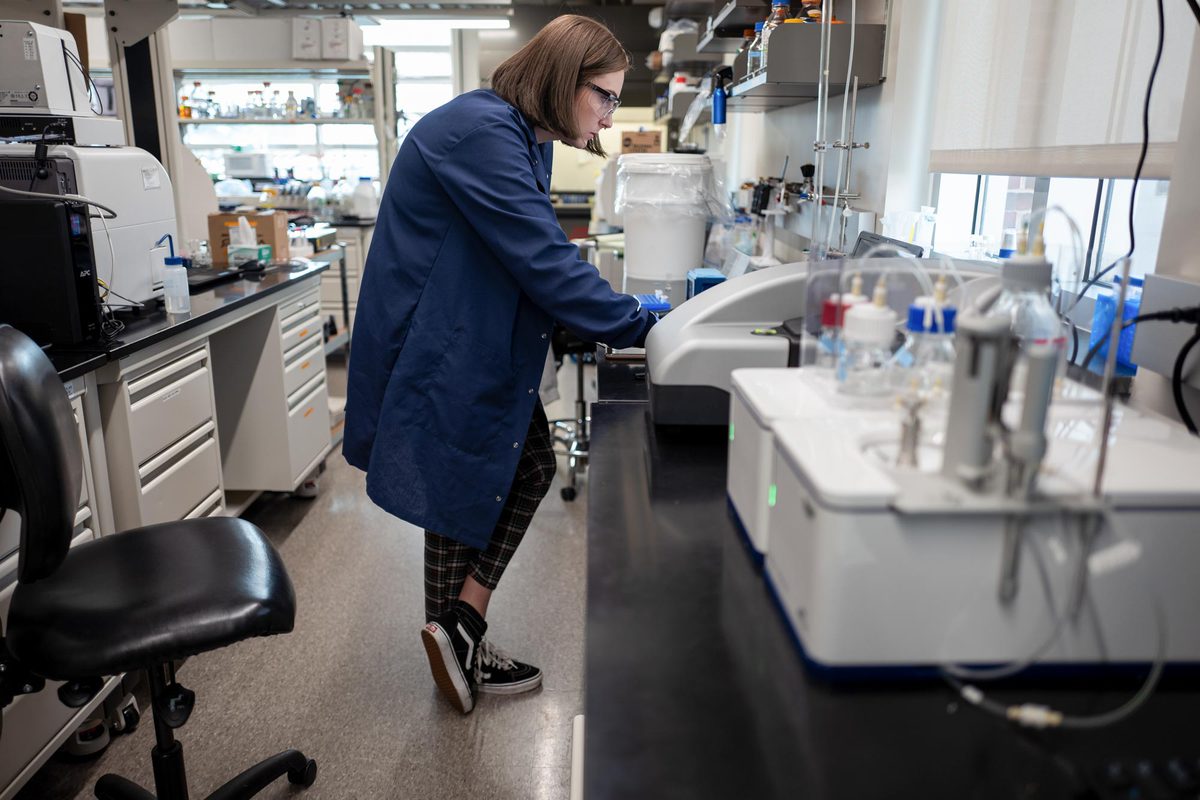 “I’m trying to find an environmentally friendly and economical way to sequester PFAS, and then actually degrade it,” she said.

Mann also recently finished an experiment in which she hydroponically grew hemp plants in PFAS to see if they would even take root in the toxic substance, which they did quite well. The next step in her research will involve cataloging what amount of PFAS, if any, is taken up by the fibrous plants. Assuming the plants act in the same way as they do with other heavy metals, the research group is already thinking about ways to separate out the chemicals from the rest of the plant.

“If you can break down the PFAS into just carbon dioxide and fluorine, somehow safely getting rid of the fluorine gas obviously, then you have a usable product for another industry while eliminating the toxic substance from the environment,” she said.

While the work is still in the developmental stage, the group sees promise on both approaches to eliminating the toxins, though more research is needed.

“It’s nice to have a cause that you believe in and try to make a difference,” Mann said.

Given the toxic nature of PFAS and the prevalence of it, Berger believes that their research could have a major impact on the health of both animals and the environment.

“I hope this work will bring greater awareness of the important environmental and health impacts PFAS and other contaminants have on our daily lives,” Berger said, “and illustrate the utility of developing biological tools to try and solve these problems in an environmentally friendly, sustainable way. We already have some promising results indicating our approaches will be effective and, importantly, can be implemented at a scale and cost necessary to address this challenge in practice in Virginia and beyond.”

A Year We Will Never Forget: 2019-20 in Review END_OF_DOCUMENT_TOKEN_TO_BE_REPLACED

‘What Will You Carry With You?’ Remarks From UVA President Jim Ryan END_OF_DOCUMENT_TOKEN_TO_BE_REPLACED