The non-invasive process with an eraser extracts protein from parchment using eraser crumbs. Reproduced by courtesy of The John Rylands Library, University of Manchester.

“Parchment” – it sounds ancient and quaint. One variety of it – used in the first truly portable Bibles – has the disturbing name “uterine vellum,” prompting scholars over the centuries to surmise its origins.

The actual composition of the material, however, has remained a mystery until recently, when an international team of researchers including University of Virginia English professor Bruce Holsinger figured out how to analyze the material without destroying it. Their conclusion: much of it could not have been made of premature or stillborn animals.

Holsinger, a medieval scholar, has been studying the history, theology, technology and science of parchment for several years, with a book on the horizon for 2016. He designed the uterine vellum research project in collaboration with British scientists Sarah Fiddyment and Matthew Collins from the bioarchaeology department at the University of York in the United Kingdom. 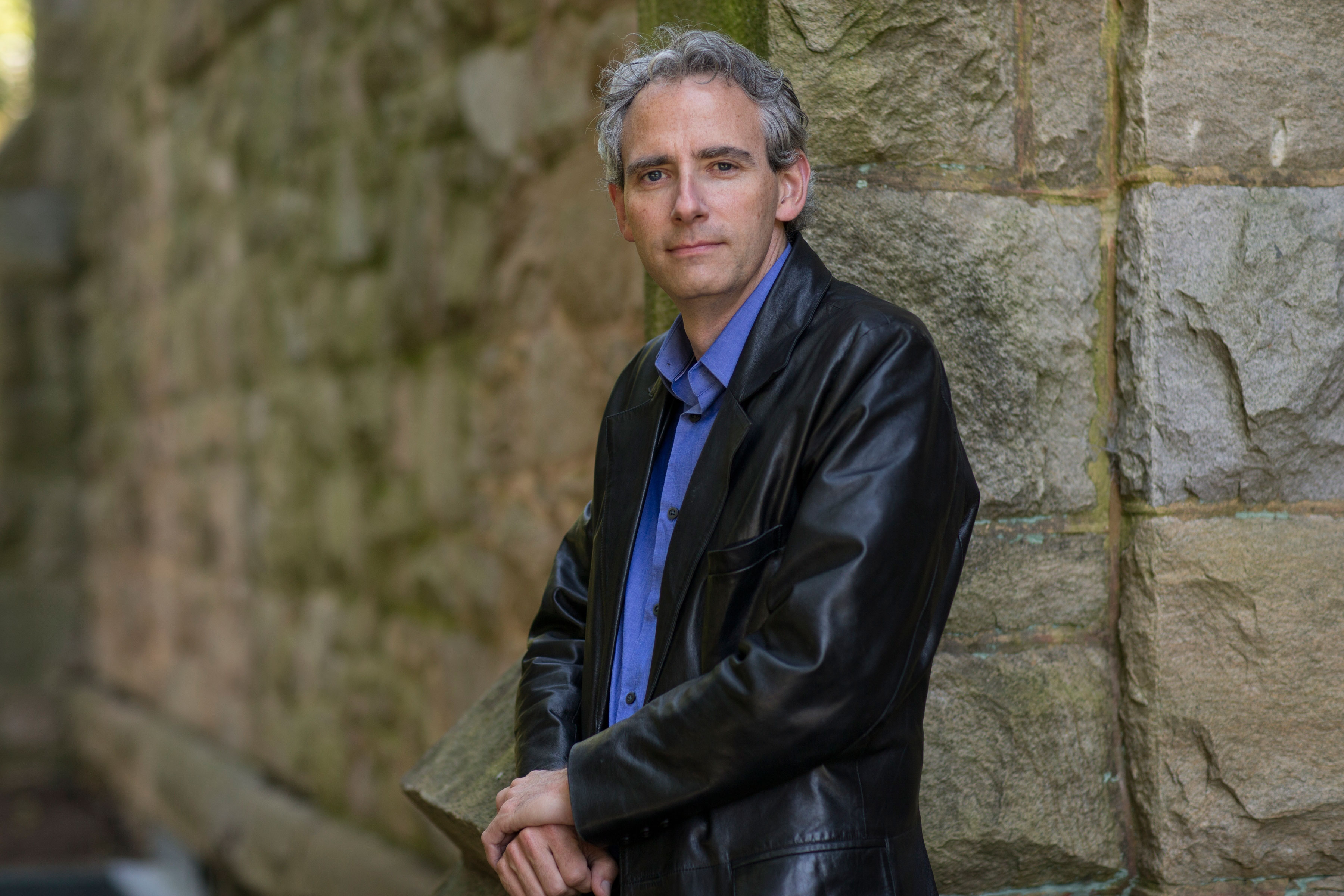 They brought together collaborators from several disciplines across the humanities and the natural sciences to look into what uterine vellum was actually made of. The research, recently published in Proceedings of the National Academy of Sciences, involved scientists and scholars from France, Belgium, Denmark, Ireland, the U.K. and the U.S.

“We know in general how parchment was made, as there are medieval formulas for it, and there are many contemporary parchment makers,” Holsinger said. “But very few of them have been able to replicate the super-fine parchments we find in these sorts of books, certainly not on such a large scale. That’s one of the reasons there has been so much speculation about how it was made.”

Some sources used the Latin term “abortivum” to denote vellum that seemed to indicate it was derived from fetal calves or sheep, Holsinger said.

This particular vellum was used to produce the first miniature Bibles in Europe – more than 20,000 copies – in the 13th century, as well as other documents. The idea that enough stillborn or aborted calves would be available to make such high quantities of vellum seemed unlikely to scholars; various theories have cropped up over the years to explain the origin of the parchment, some of which is as thin as tissue paper. 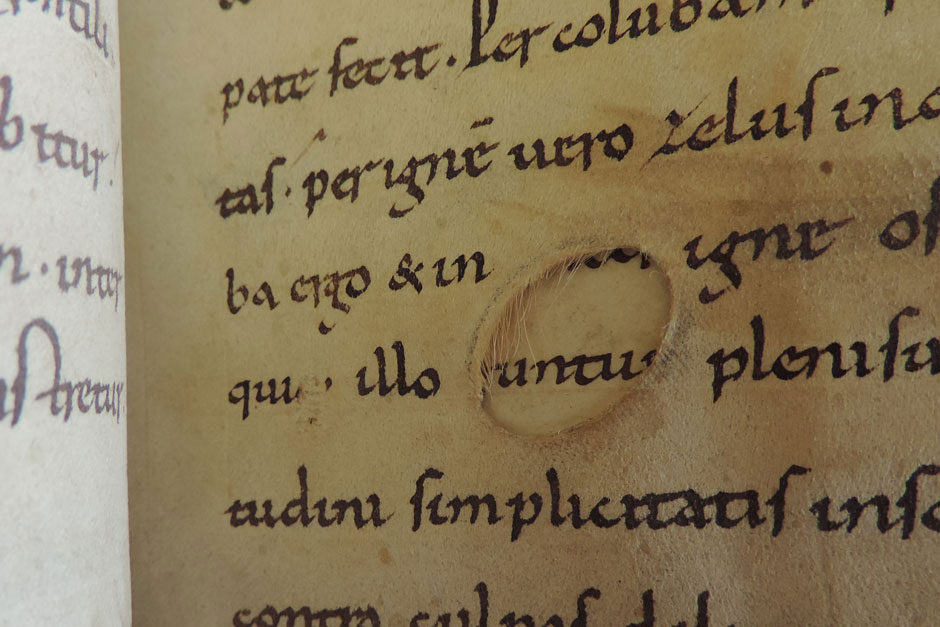 The research team came up with a simple way to get samples from the parchment: using the kind of rubber eraser that conservators use to clean documents. The electrostatic charge from rubbing the eraser on the parchment attracted tiny shavings that they analyzed for protein content.

“The research project was fascinating in that the sample size of the parchment was so small,” Gilligan said. “It is amazing to think how far technology has progressed since all you need are the miniscule pieces of parchment picked up by the act of rubbing it with an eraser. … This sort of information will have a great impact on scholarship.”

The researchers were able to put to rest some of the speculations that had arisen over the years: no, the vellum is not made of small mammal skins, such as rabbits or rats; no, it’s not always rendered from the skin of pre-term calves. It was made of cow, goat, and sheep skin, in the medieval period anyway.

Most likely, Holsinger and the other authors said, ye olde parchment makers had some mad skills when it came to working with skins and transforming them into sleek pages that held the word of God and other content that contains historical portions and stories of Western culture.

For Holsinger, the excitement of working with a multidisciplinary team continues.

“The research team includes scholars and collaborators from over a dozen disciplines across the laboratory sciences, the humanities, the library and museum sciences – even a parchment maker,” he said. “In addition to the discoveries we’re making, what I find so exciting about this project is its potential to inspire new models for broad-based collaborative research across multiple paradigms. We think together, model together, write together.”

Along with planning other similar projects with the research team, he takes an even longer view and studies all kinds of parchment in his current work, the manuscript “Archive of the Animal: Science, Sacrifice, and the Parchment Inheritance.”

Although it may seem like a relic of the past, parchment is still used for special occasions today. In his Nov. 25 article, “Written on Beasts,” in the New York Review of Books, Holsinger wrote about one such tradition: “Remarkably, English law still requires that official copies of Acts of Parliament be printed and preserved on animal skin, inspiring occasional debates in Westminster over the ethics and economy of the parchment trade. A recommendation by the Administration Committee this session may bring the venerable tradition to an end, much to the consternation of the conservation and book arts communities.”

Editor's note: A headline, Two UVA Findings in the Running for Year’s Biggest Scientific Breakthroughs, in the Dec. 4 Daily Report email incorrectly linked to this article.