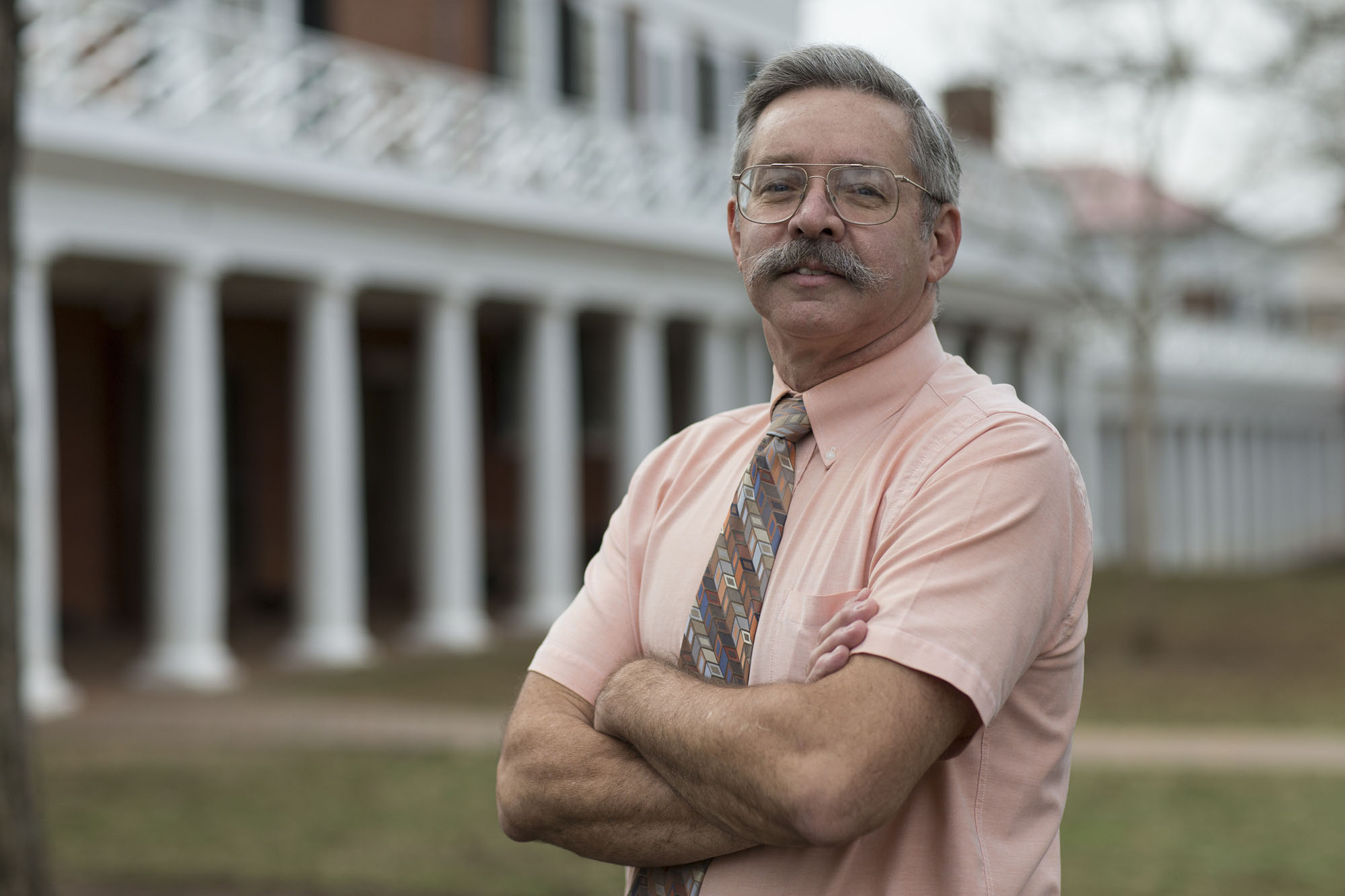 For their leadership in in the University of Virginia community in developing initiatives promoting diversity and inclusion, Joel Hockensmith, an associate professor of biochemistry and molecular genetics, and fourth-year student Ashley Blackwell are the 2015 recipients of the John T. Casteen III Diversity-Equity-Inclusion Leadership Award.

This is the second year the Office for Diversity and Equity committee has chosen two winners, including students, for the award. There were a record number of nominations this year – “all stellar candidates,” Dr. Marcus Martin, vice president and chief officer for diversity and equity, said.

“The two award winners have demonstrated leadership and a deep commitment to diversity, equity and inclusion at the University of Virginia in substantive ways,” he said.

An award luncheon will be held March 27 at noon in Alumni Hall.

In her second year, Ashley Blackwell, who is majoring in urban and environmental planning in the School of Architecture, founded the group United for Undergraduate Socioeconomic Diversity, which “has changed the landscape for low-income students at U.Va.,” wrote her nominator, fellow student Cierra Brooks.

Blackwell, a Rainey Scholar and an AccessUVa financial aid recipient, also created the Rainey Scholars Mentorship Network with the goal of connecting first-year students to academic, organizational and professional opportunities, Brooks wrote. The Rainey Academic Program brings a cohort of first-year AccessUVa students to the Grounds for the third summer session to take courses and workshops aimed at easing their transition to academic life.

Among her many activities, Blackwell is raising funds to create a $2,000 scholarship for low-income students that would enable them to pursue unpaid summer internships and have access to otherwise-unavailable professional opportunities, Brooks said.

Carol Anne Spreen, a former associate professor in the Curry School of Education and faculty adviser to UFUSED, wrote in her supporting letter that she had the opportunity to closely observe Blackwell’s leadership. “She is exceptional at understanding and working within and across diverse environments,” Spreen wrote, including class, race, gender and politics.

Blackwell has also worked to address gaps in support services offered to local populations, including homeless and low-income people and even in Appalachia, where she organized a book drive for a school.

“In these organizations Ashley’s contributions have been significant – representing and advocating for affordable housing, transportation, social services, child care and other needs for the truly disenfranchised,” Spreen wrote.

During an internship at the Piedmont Housing Alliance, Blackwell researched best practices for housing counseling and asset-building programs. While working at the Office of Economic Development, she addressed barriers to employment for low-income residents in Charlottesville and recruited more than 300 residents to take advantage of the office’s transportation assistance to get to job opportunities. She also participated as the youngest fellow in Charlottesville’s Neighborhood Leadership Institute, seeking to understand and improve the impacts U.Va. has on surrounding neighborhoods.

For more than 25 years, Joel Hockensmith has strived to bring diversity to U.Va. in general, and to the biomedical sciences in particular, wrote his nominator, Robert Nakamoto, professor of molecular physiology and biological physics in the School of Medicine.

Hockensmith participated in the call for creation of an Office for Diversity and Equity and in the hiring of the first director of graduate student diversity programs in the office of the Vice President for Research. At the national level, he was one of first to sign the petition to create the National Institute on Minority Health and Health Disparities.

“His efforts have been key in bringing numerous qualified students into science and to move our profession toward diversity and equity,” Nakamoto wrote.

“His most visible, enduring and productive effort has been the organization and operation of the U.Va. Summer Research Internship Program,” he wrote. “He has obtained funding from the National Institutes of Health and other sources to support the program that has grown continuously since it started in 1992.”

The program’s goals, according to its website, “are to expose undergraduates to laboratory research and to familiarize them with the opportunities that exist for careers in biomedical research.”

SRIP has become a model for similar programs around the country – “largely due to Joel’s extraordinary effort,” Nakamoto said. A recent NIH review for the successful grant renewal gave the application the highest score of 10 for “overall impact/priority.”

More than 500 students from across the U.S. and other countries have participated in U.Va.’s program, and approximately 70 percent of the participants are underrepresented minorities, including students with disabilities.

Among the many SRIP testimonials from students who say that he changed their lives, alumna Kimberly Wiggins, who earned her Ph.D. here in biochemistry and molecular genetics, wrote, “Joel has been a vital asset in developing not only my career as a scientist, but also to other minority students hoping to become scientists.”

Now a post-doctoral fellow at NIH, Wiggins said Hockensmith was a member of her thesis committee. “I had him in my corner for advice, whether scientific or personal. He pushed me to become a better writer, and if not for him, I would not have applied for and received a Ruth L. Kirschstein National Research Service Award.”

Hockensmith also has won several teaching awards at U.Va. and received national recognition. He was selected to serve on the Graduate Research Education and Training Nominating Committee of the Association of American Medical Colleges and served on the review panel for Ford Foundation Fellowships.

Wiggins and Carolina Ramôa, a U.Va. neuroscience doctoral student, said they had seen Hockensmith give “sincere encouragement and wisdom,” as Wiggins put it, to the many students he talks to at national minority student conferences.

Ramôa described him as “a key advocate that I am glad to have met during my graduate career.”

“I know that if I ever need anything, whether it be help with my research project, career advice, or I just need someone to talk to, I can always count on him.”

Meet the New Cavalier on Horseback: She’s Eager To ‘Carry On a Legacy’ END_OF_DOCUMENT_TOKEN_TO_BE_REPLACED

Housing Changes Are a Breath of Fresh, Cool Air – Especially for Lawnies END_OF_DOCUMENT_TOKEN_TO_BE_REPLACED

Virginia Football – For All Virginia END_OF_DOCUMENT_TOKEN_TO_BE_REPLACED