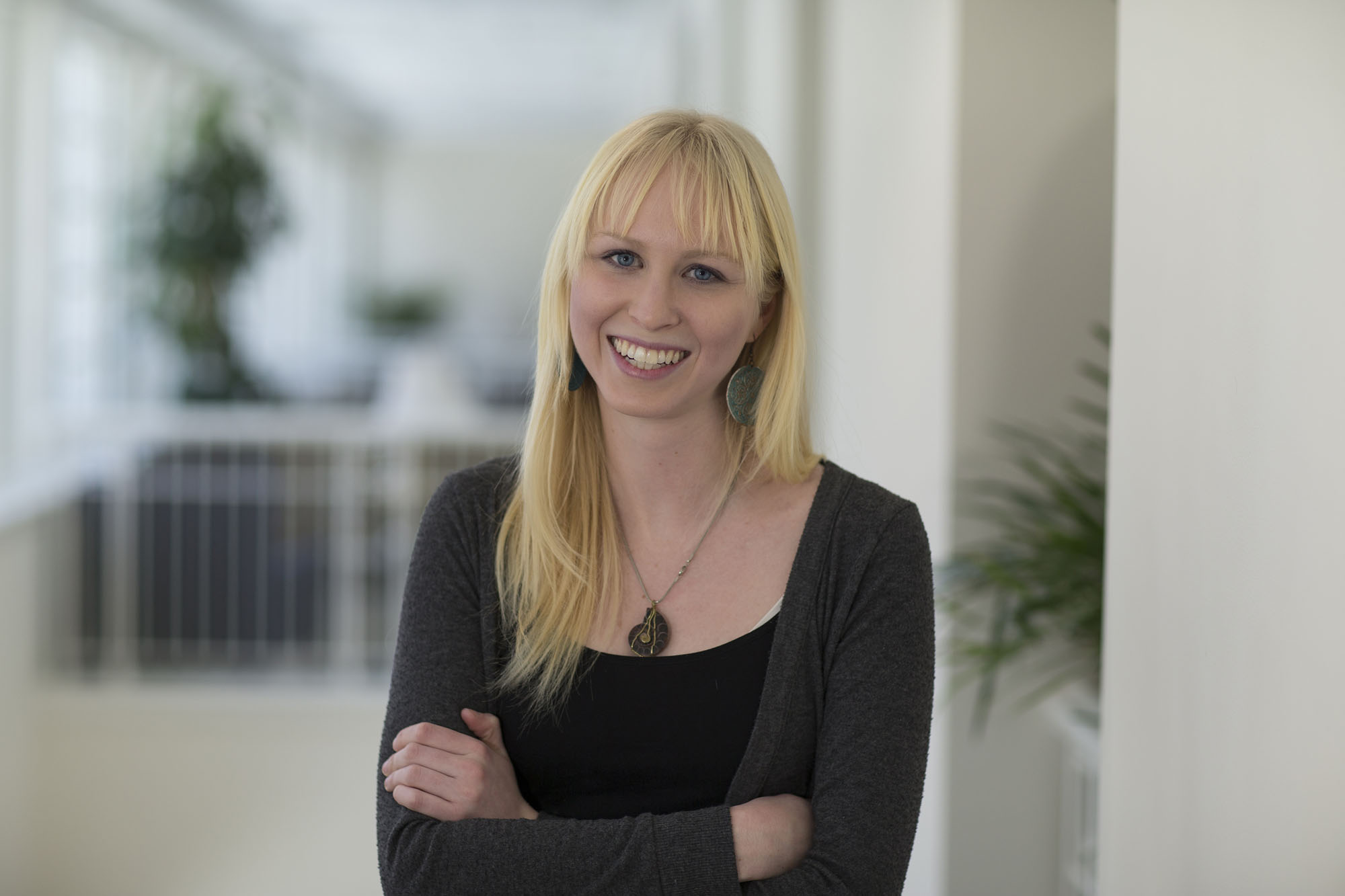 Third in a series leading up to Friday's announcement of the 2015 Harrison Undergraduate Research Award winners.

For many people, trees serve a limited function: shade from the sun, a scenic view during a walk, perhaps wood for the fireplace. For fourth-year University of Virginia student Rebecca Walker, trees offer insight into cultural values and attitudes.

Combining her studies in anthropology and environmental science, a Deltaville, Virginia native explored plantations of Aleppo pine trees in Israel. Her research landed her one of the University’s Harrison Undergraduate Research Awards, a $3,000 grant to support her project.

“[Aleppo pine trees] are very political trees, which is why they are so interesting from an anthropological perspective,” she said.

According to Walker, the Jewish National Fund used Aleppo pines as a means of claiming land for the Jewish state. Before the founding of the Israeli state, Ottoman and British law required that land be developed within 10 years or returned to the previous owner. So, when settlers were not available, tree took their place. The tree of choice was the Aleppo pine and thus, they became a symbol of Jewish nationalism.

For Walker, a College Science Scholar, the trees are a foundation for her research, which includes looking at both the biogeochemical effects the trees have on the surrounding area and the impact the trees have on the citizens’ understanding of their environment. Over the course of seven weeks spent in Israel last summer, Walker explored each of these topics and their relation to one another.

“I’m looking at how the tree influences how Israeli citizens understand ideas of nature and how nature is used as a political tool in Israel, specifically state formation,” Walker said. “In the simplest form, I’m looking at the role of nature in the naturalization of the Israeli state” – the way that nature, specifically the Aleppo pine trees, helps to define political relationships.

Unlike most research, Walker explained that anthropological research does not have a traditional beginning, middle and end.

“With anthropology, you go in with a rough idea of something you want to explore and then whatever you find is something more than you knew before, so to that end my thesis is coming along,” she said.

“It gave me a very different perspective than most Americans. It is very different to compare conflict you see in the news and actually running into a shelter when you hear a rocket go off,” Walker said, recalling being in Israel during what she called a “small war.” “However, it was also interesting to see how dramatized media coverage of the event was relative to the day-to-day reality.”

“These experiences [of war] shape the Israeli mindset,” she said.

The insight she gained into conflict in the area helped her understand the changing perceptions of the Aleppo pine within the Israeli population.

“The pine trees I was researching were at one point the symbol of Israeli nationalism, but more recently olive trees are being appropriated by the Israeli government,” she said. “Yet, for a long time olive trees have been a Palestinian symbol. There are all these tree wars that manipulate the environment and change the land and end up naturalizing these different political entities.”

While the trees originally served a social function, Walker also studied their impact on the land. Her research on nutrient cycling added to the scientific literature on how the tree is changing soil chemistry, bodiversity, habitat availability, water use and carbon storage.

“Whether or not these changes are ‘good’ depends on how you interpret the science within your own aesthetic and cultural values,” Walker said.

Walker’s self-generated, independent project came out of her summer at the Harvard Forest Research Experience for Undergraduates Program, where she was introduced to an Israeli scientist who spoke about the trees on a scientific level.

Walker used this information as an avenue to develop an anthropological project along the same vein.

As the project developed, Walker became aware that she would need extensive funding to engage in the cultural immersion required for anthropological research.

Walker explained that anthropological research largely involves firsthand experiences in the culture, including watching people interact and developing an understanding of the how and why that underlie their actions and beliefs.

“Without the Harrison, it would not have been possible for me to engage in that level of research,” she said. “It went a long way in making this possible.”

Still, her seven-week immersion only provided her with a snapshot of the community. “Most professional researchers would say that you have to go to a place and live there for two years at least and go back a lot. They really emphasize cultural immersion,” she said. “I say seven weeks to [professionals] and it’s sort of laughable.”

With only seven weeks, however, Walker gained insight into the culture that has helped direct her project.

“I think I could go back and learn more and more for years, but this was a great introduction to give me the feel for how to combine my two different backgrounds. So to that end, mission accomplished.”

What Is the ‘4th Side’? END_OF_DOCUMENT_TOKEN_TO_BE_REPLACED