University of Virginia drama faculty members Paul Wagner and Doug Grissom knew they loved teaching students to make films, but they wanted even more time than a single semester allowed.

So, Grissom, who specializes in screenwriting and playwriting, and Wagner, an Academy Award-winning filmmaker and adjunct lecturer, decided to team-teach a yearlong course. By the end of it, each of their 11 students had written, directed and produced their own original short film.

It started in the fall, when Grissom took the lead on “The Screenplay” course, helping the students write three different screenplays and choose one to pursue. Then, in the spring, Wagner led those same students through the process of directing, shooting and editing their films.

All of the work culminated Monday when the students premiered their films in a three-hour show in UVA’s Ruth Caplin Theatre. 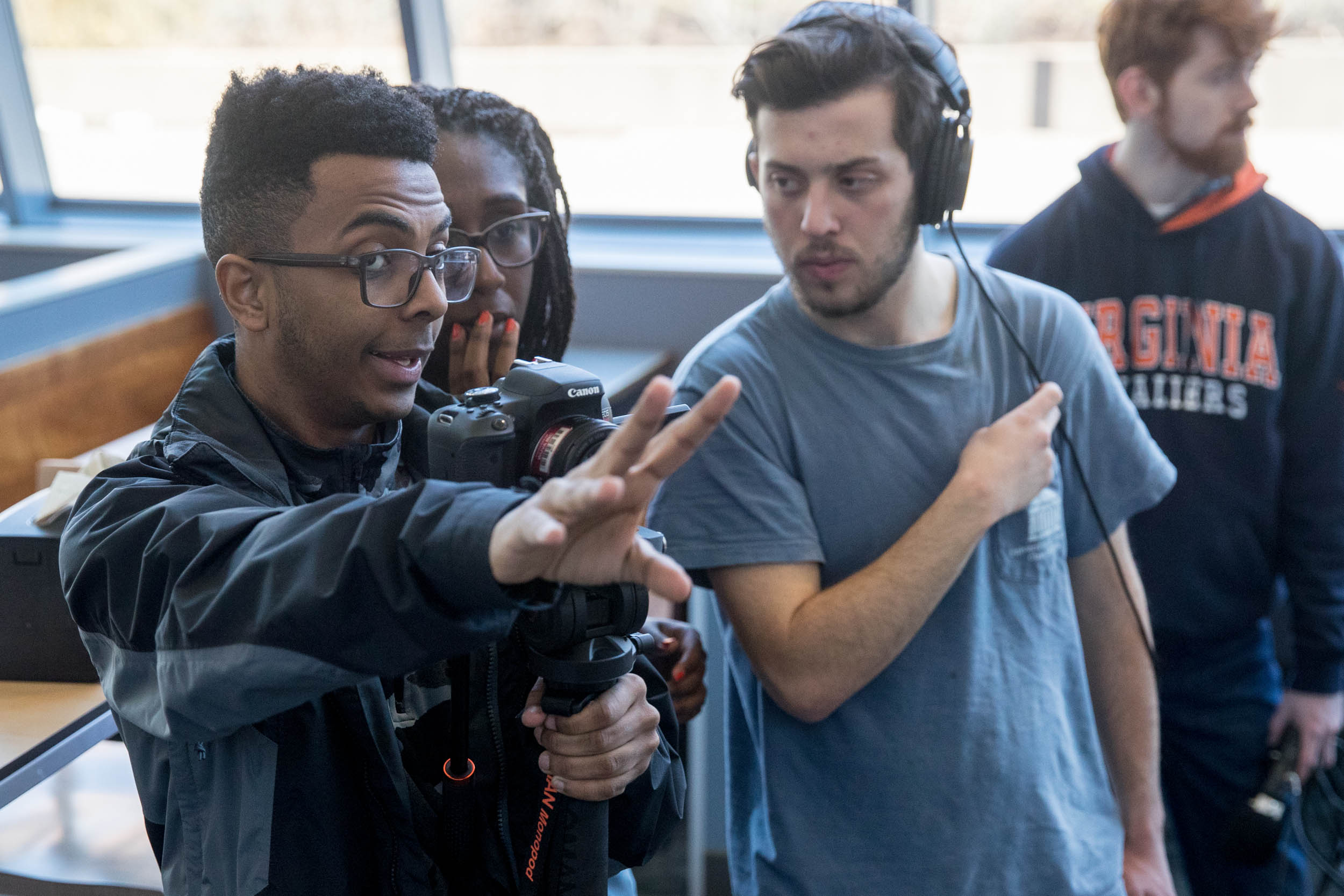 “It addressed the students’ desire to become a complete filmmaker,” he said. “Obviously, filmmakers don’t have to both write and produce, but in the professional world people very often start out writing films and, by their third or fourth film, want to direct themselves. That is a very common career path and we wanted to mimic that path for aspiring filmmakers at UVA.”

Though there were only 11 students in the class, many other students were involved on a volunteer basis. Fourth-year student Micah Watson, a drama and African-American Studies student, recruited several fellow ’Hoos to act in and help shoot her short film, “Molasses,” which focused on a young woman learning to love her ethnic hair, and by extension, herself. 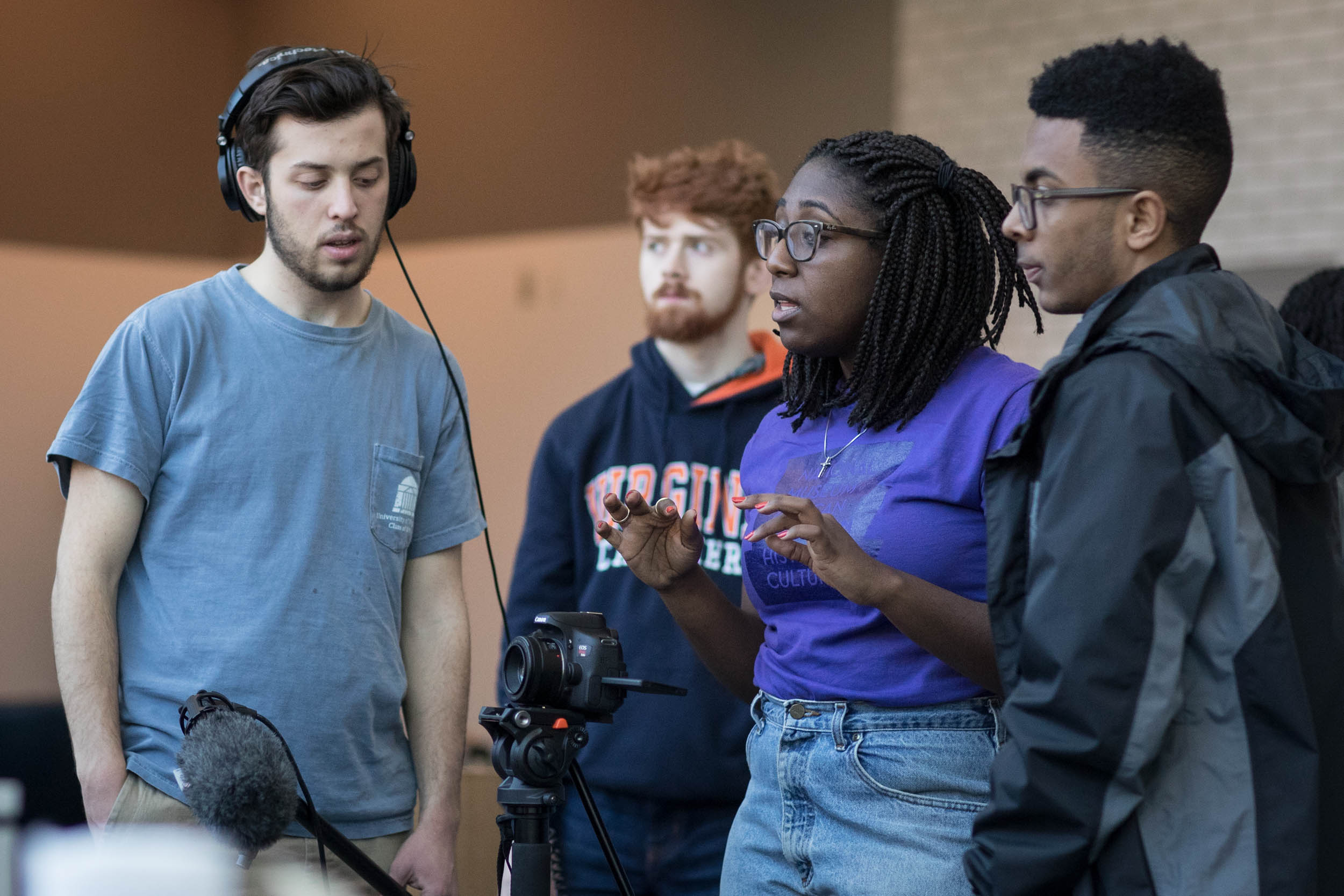 Watson, center, works with other students on a scene in Runk Dining Hall. (Photo by Sanjay Suchak, University Communications)

For some of the students, shown here filming in Runk Dining Hall, it was their fourth or fifth shoot of the semester and something they simply love to do, inside or outside of class. One, fourth-year student Jordan Maia, had acted in previous plays Watson had written and knew he would love her work.

That level of enthusiasm, from both students in the course and from their peers, impressed the professors.

“We wondered, when we first started thinking about the course, if we would have trouble getting students to commit [to the entire year],” Grissom said. “However, we actually had more applicants than places available.”

Some of the students had made films before; others had little experience. Some had written fiction, but had to adapt those techniques to screenplays; others had done a lot of dramatic theater, but little film.

“They had to learn this new grammar of writing,” Grissom said. “In screenwriting, you have to be very precise in terms of visual storytelling.”

Some of them had taken the course at the recommendation of English professor Elizabeth Denton, who thought it would be an excellent opportunity for many of her students who had expressed an interest in film.

“It seemed like an opportunity you can’t find just anywhere,” Denton said. “They were very excited about it … though I think they had no idea how hard it could be.” 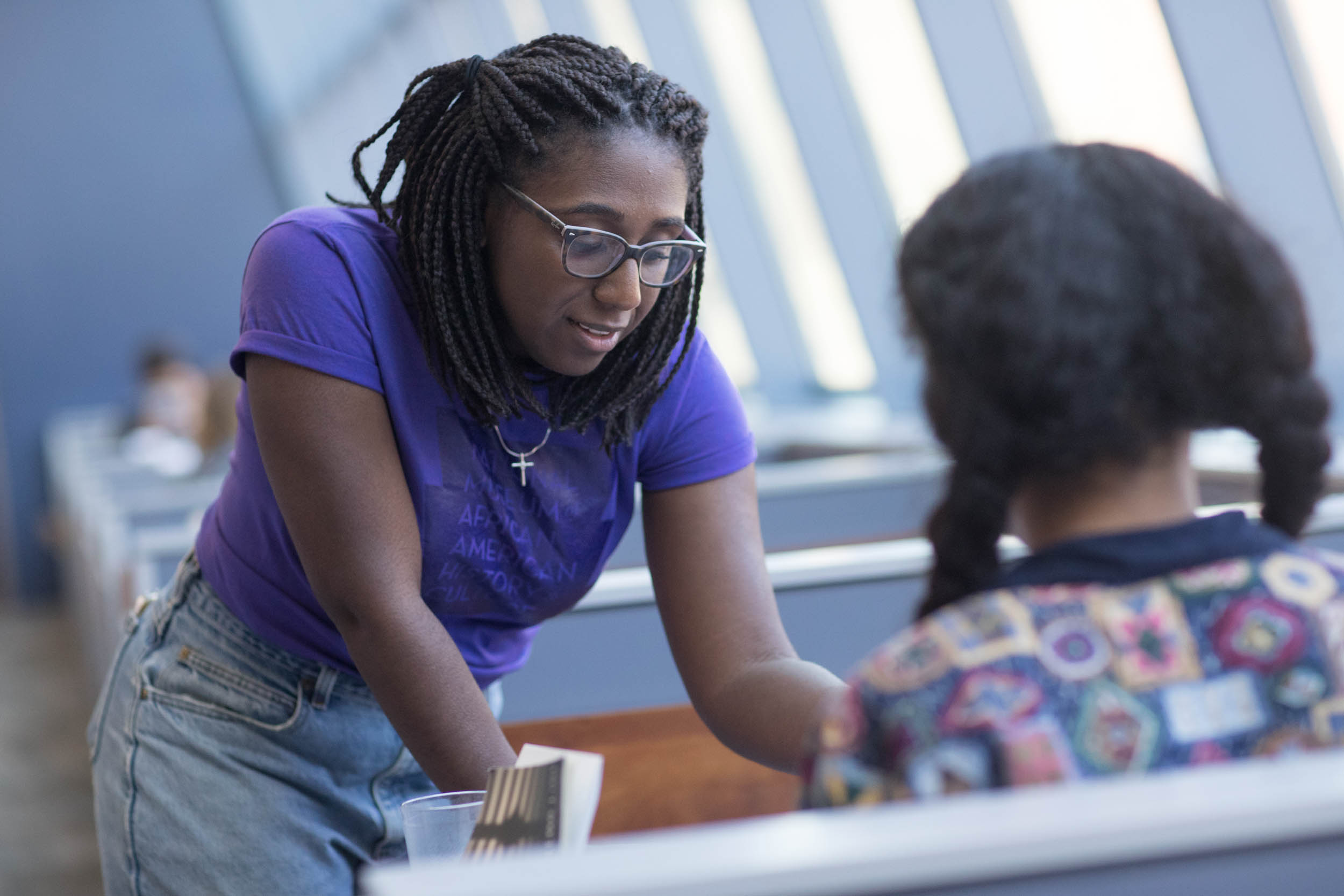 Wagner agreed, noting that despite the yearlong format, the second semester of filming and directing demanded a high level of intensity throughout.

“There is a lot of work between filming and the finished film,” he said. “I think the editing process was a revelation to the students. Every director in filmmaking will tell you some of the worst moments come when you look at the first rough cut, and I think they learned that.”

According to Wagner – himself a veteran of scores of film sets – those moments are tough-but-important reminders of exactly what it takes to make a good film.

“You have to fail to learn, and this was an extreme case of throwing students into a very challenging situation, with a script that they really care about,” he said. “It puts some pressure on, but I think that is a good thing. It makes success thrilling, and even in areas where you don’t succeed, you learn a lot, which is what UVA is for.”

Wagner and Grissom were both thrilled with how the students rose to the challenge.

“What really makes these films stand out is the writing,” Wagner said. “All of them are beautifully written.”

“I’m very impressed with what we ended up with,” Grissom said.

Both professors are already looking forward to teaching the course again, in the same yearlong format.

“Working toward a finished product like this gives a lot of motivation and focus over the year,” Grissom said. “It’s been wonderful, and I think the class will be even richer next year because of what we have learned this year.”