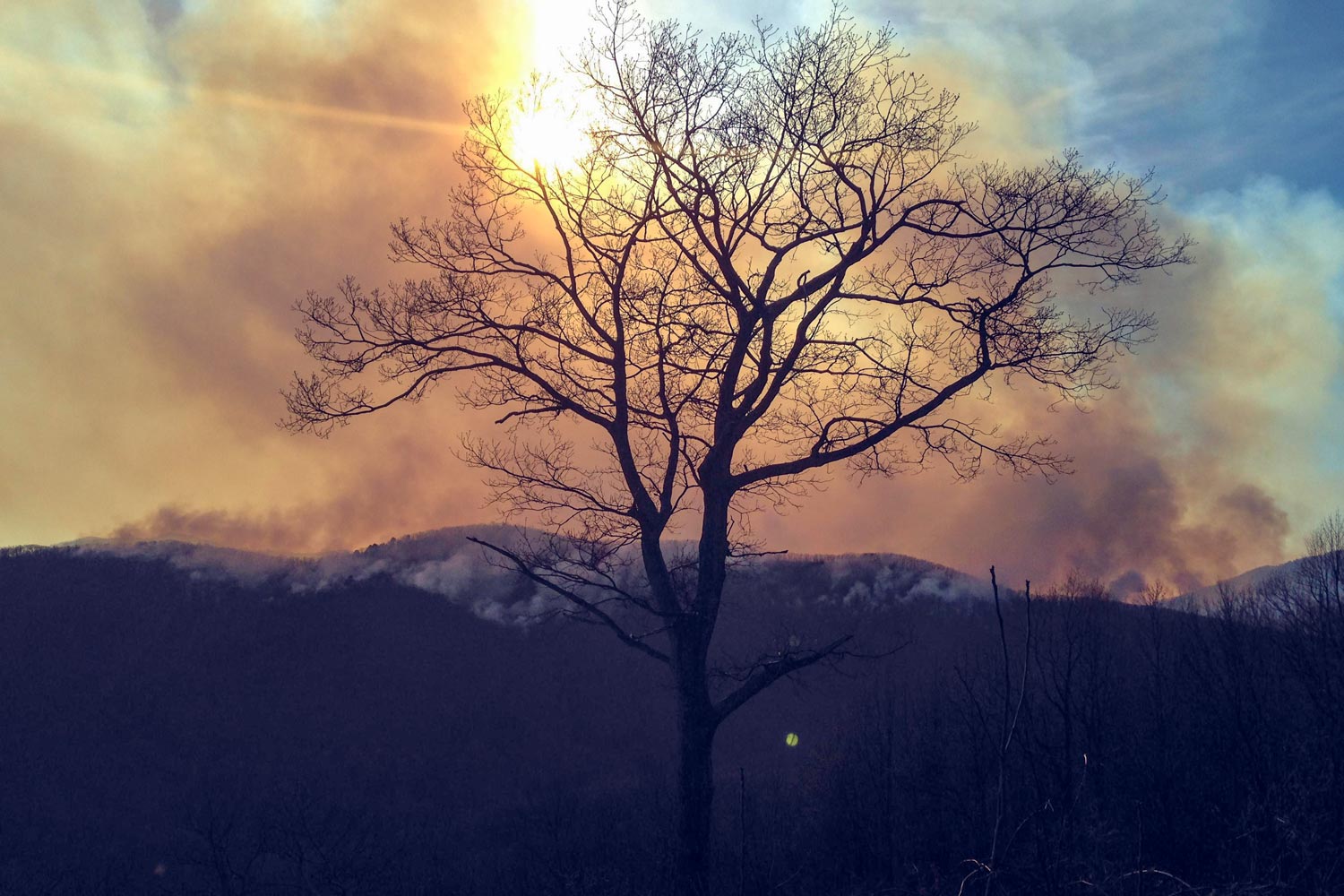 On April 16, 2016, a fire began to rage in Shenandoah National Park, in an area known as Rocky Mount, on the west slope of the Blue Ridge. By the time firefighters and a fortuitous heavy rain extinguished it two weeks later, more than 10,000 acres of forest had burned, making it the second-largest fire in park history.

University of Virginia environmental scientists went into action. They had been studying stream chemistry in that area for nearly 30 years, and knew that they had a unique opportunity to assess how a wildfire in a remote forest affects stream water quality. They began sampling the affected watershed, a stream known as Two Mile Run, as quickly as the National Park Service allowed them in, focusing on organic carbon and mercury.

“We were particularly interested in determining how much mercury mobilized from the wildfire is transported downstream,” said Ami Riscassi, a UVA environmental scientist and coordinator of a long-term environmental monitoring project called the Virginia Trout Stream Sensitivity Study. “This was a unique opportunity for us to get in and determine how fire impacts water chemistry, specifically mercury, in light of the years of data we already had collected in the area prior to the fire.” 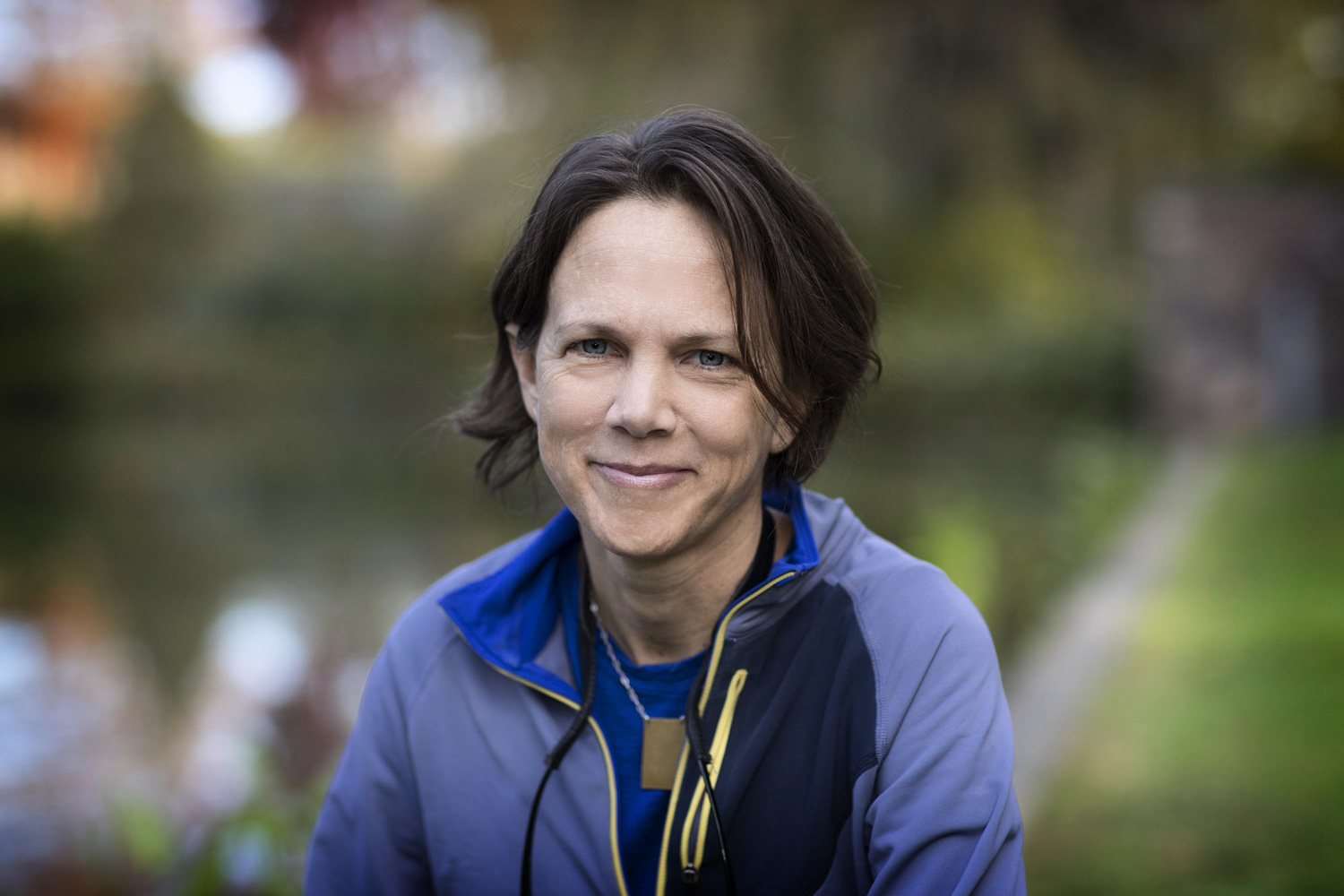 When forests burn, they release a range of chemicals from burned vegetation and soil. Some of those chemicals are released into the atmosphere as smoke and leave the area; others are redeposited locally, where they can ultimately flow into streams, and eventually into rivers, estuaries and the ocean. The researchers were particularly interested in mercury, a volatile metal that is stored in organic matter, including trees, leaf litter and topsoil.

Coal-burning power plants upwind of forests are the primary source of mercury to the air, which then is deposited onto the landscape in rain, snow and dust. Once on the ground, that mercury can remain stored indefinitely in soils and vegetation – at least until a disruption such as a forest fire occurs.

“We know upland forested landscapes store large amounts of mercury and that it is quickly released to the atmosphere during fire,” Riscassi said. “What has yet to be assessed is how much of that fire-mobilized mercury, if any, ends up in the local stream.”

Mercury in the environment is a health concern because the heavy metal can be converted to methylmercury by microorganisms in water and sediment and eventually find its way into the tissues of animals, including fish. Methylmercury is a neurotoxin, which, when consumed in quantity by humans over time, can accumulate at levels that cause nervous system disorders and birth defects.

Using a grant from the National Science Foundation, Riscassi and a then-undergraduate student, Allison Jensen, sampled stream water weekly and during storm events, for one year at the Two Mile Run burn area, and compared it to identical measurements in an unburned area. They found that indeed there was an increased release of mercury into the stream affected by the fire.

“The amount of particulate mercury – the type likely redeposited from the smoke – increased 10 times above the level of the streams in the unburned area for a period of months after the fire,” Riscassi said. “This is important because it indicates that forest fires increase the concentration of mercury in stream water, which could affect fish and other wildlife downstream. Climate change models predict a likely increase in fire frequency and severity in the future.”

Riscassi noted that the spike in mercury released into the affected stream returned to normal levels after eight months, indicating the mobilized mercury rapidly flowed out of the system.

The study was related to an ongoing trout stream chemistry study UVA has conducted since 1987, with UVA environmental sciences professor Todd Scanlon as the principal investigator. The study includes regular monitoring of dozens of streams in the mountains of Virginia, and periodic surveys, roughly once a decade, of hundreds more. These studies have demonstrated that amendments to the Clean Air Act, which imposed strict regulations on emissions from coal-fired power plants, are slowly improving water quality on remote streams. The next large-scale survey will be conducted in 2020 with the conservation organization Trout Unlimited.

Jensen and Riscassi presented their mercury finding in July at the International Conference on Mercury as a Global Pollutant, in Providence, Rhode Island, and a paper detailing the findings will be published soon in the journal Environmental Science: Processes & Impacts.