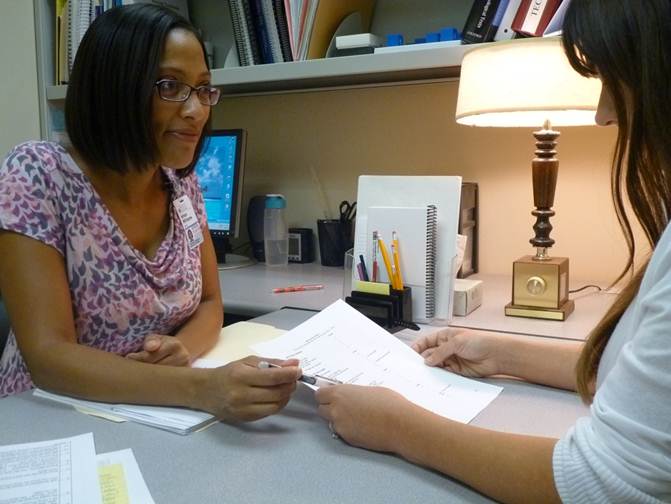 Ishan Williams, an assistant professor at the U.Va. School of Nursing

Research has already established that African-Americans, among other minority groups, suffer disproportionately from vascular problems, and that those problems are strongly associated with the development of dementia and Alzheimer’s disease. Given the risks, could primary care do a better job identifying early warning signs among African-Americans who might be en route to this debilitating brain disorder?

Ishan Williams aims to find out. Williams, an assistant professor at University of Virginia School of Nursing, recently garnered a $40,000, one-year grant to determine whether mild-cognitive impairment in African-American patients – often a precursor to advanced dementia – more often leads to advanced dementia when vascular problems go untreated. She also will examine whether basic factors like limited appointment time and physicians’ lack of knowledge about African-Americans’ cognitive risks associated with vascular problems may be part of the problem.

“There is a whole population of Americans who are at great risk for Alzheimer’s and dementia who are falling through the cracks because we don’t fully understand the link with vascular problems,” Williams said. “If we can better understand what vascular risk factors are more strongly associated with mild cognitive impairment of early dementia, we can develop specific strategies to prevent – and protect – some of our most vulnerable populations.”

An estimated 130,000 Virginians suffer from Alzheimer’s disease, a 30 percent increase since 2000, making the commonwealth the 10th-fastest-growing state in the U.S. with people suffering from the disease. Virginia’s population is roughly 20 percent African-American, and about a third of the U.Va. Medical Center’s patient population is African-American.

Williams, with co-principal investigator Carol Manning, director of the Memory Disorders Clinic in U.Va.’s Department of Neurology, will examine two groups of 60 African-American patients over the age of 60: first, those whose medical records indicate no vascular risk factors or well-controlled vascular problems; and second, those who have vascular risk factors like high blood pressure, diabetes, high cholesterol, a history of stroke and/or who are smokers, and whose health issues are not being addressed with lifestyle changes and/or medication. All subjects will be recruited from the University Medical Associates Clinic, a primary care clinic at the University.

Once consent is given, participants will be asked about their health and any family history of dementia and memory decline. Williams and Manning will then get a snapshot of their cognitive function using two tests, the Mini-Mental Status Exam and the Computerized Assessment of Mild Cognitive Impairment, which take participants about 35 minutes to complete. These data will allow Williams to assess for mild cognitive impairment among a sample of African-Americans who otherwise would not be examined for the disease.

Following that test, a random subset of participants – 10 percent from each group – will receive repeat testing four weeks after the initial visit to determine test-retest reliability.

The investigators predict that African-Americans with uncontrolled vascular risk factors will be more likely to have a diagnosis of mild cognitive impairment than their counterparts who either don’t have vascular health problems or have their health issues well under control.

Those who scores indicate a diagnosis of mild cognitive impairment will be referred to U.Va.’s Alzheimer’s Disease Research Center satellite and the Memory and Aging Care Clinic.

“Our study represents an unusual opportunity to collect data on a significantly underserved and understudied population,” Williams said, “and will boost our ability to understand the critical features that might predict and, ultimately, delay the onset of dementia and Alzheimer’s disease.”

If the researchers’ hypothesis is confirmed, it could lead primary care-givers to assess African-American patients who have vascular risk factors and come in for unrelated reasons for the presence of cognitive change, she said.

“It is intended that these data will serve as the initial wave of data collection in a longer-term project,” Willams said. She hopes to establish a longitudinal study that will seek to understand the progression from normal cognition to mild cognitive impairment to dementia over time in African-Americans, and may include understanding critical features predicting and/or delaying conversion to dementia. “Another step will be to understand the relative contributions of the various vascular risk factors and the impact of modifying these risk factors over time,” she said

The study – to begin this fall and extend through the academic year – is funded by the Commonwealth of Virginia and the Alzheimer’s and Related Disease Research Award Fund administered by Virginia Commonwealth University’s Center on Aging.

In Memoriam: Life of Drama Professor To Be Honored Sunday END_OF_DOCUMENT_TOKEN_TO_BE_REPLACED