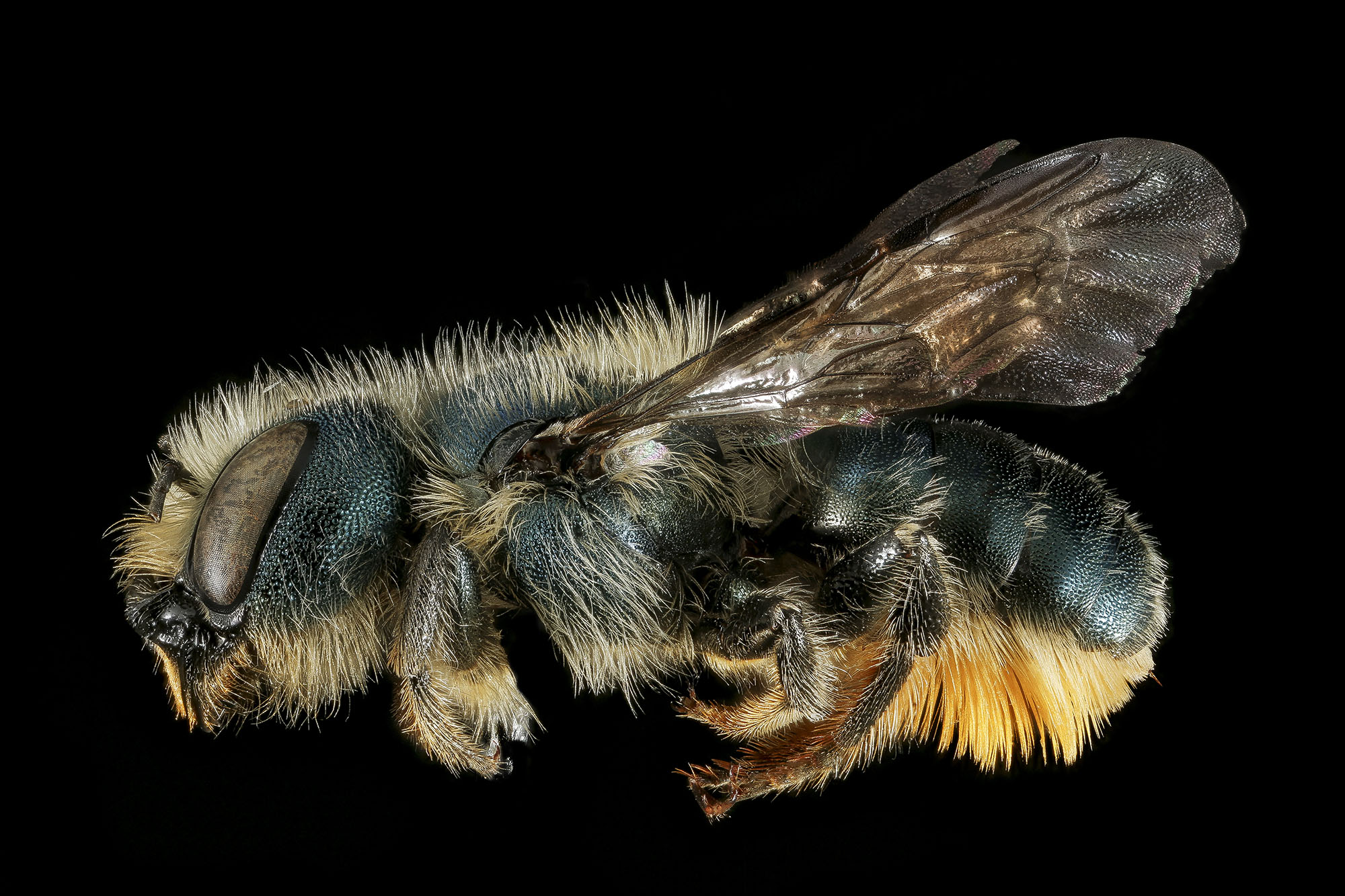 The mason bee Osmia georgica is one of six native bee species sharply declining in abundance throughout the mid-Atlantic region over a 15-year period. (Photo by Sam Droege, USGS)

Bee populations in the United States and worldwide are declining for a variety of reasons – habitat change, climate change, insecticide use, disease, urbanization and the introduction of non-native species.

A new University of Virginia study shows that six native species of mason bees are in decline in the Mid-Atlantic region of the United States, while an exotic species has increased its population by 800% in 15 years. Another exotic species, imported in the 1970s from Japan, has maintained a stable population in the midst of native species declines.

“We are losing diversity of native bee species in the Mid-Atlantic and elsewhere,” said Kathryn LeCroy, a Ph.D. candidate in environmental sciences at UVA and the study’s lead author. “This is possibly due to the introductions of the exotic species, which likewise can introduce exotic diseases that inhibit native populations.”

The study appears in the Nature journal Scientific Reports. 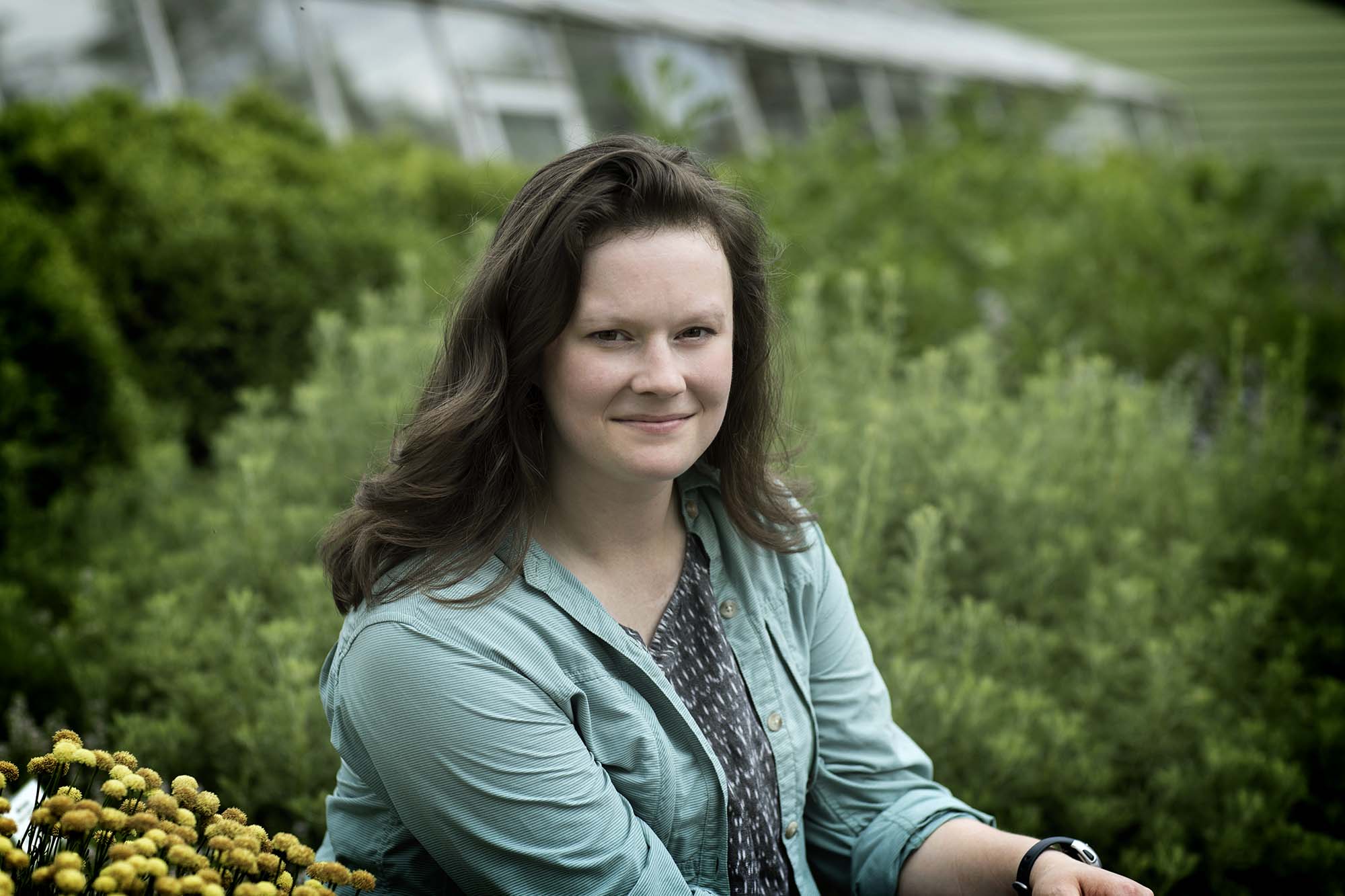 Mason bees serve as pollinators for a range of wild and cultivated plants and crops, and can be particularly important to apple, peach and pear farmers.

Two species of exotic mason bees, both from Asia, exist in Virginia and other mid-Atlantic states. In the early 1970s, the U.S. Department of Agriculture introduced one species, Osmia cornifrons, from Japan as an intended aid to farmers, primarily for pollination of apple orchards. That species is remaining stable in population. Another Asian species, however, Osmia taurus, is wildly proliferating. Osmia taurus was first discovered in 2002 in West Virginia, and rapidly began proliferating.

“We have no idea how O. taurus got here, but it’s now present in abundance,” LeCroy said.

The success of the two Asian species, coinciding with the decline of six native species, is of concern, LeCroy said, because the two conditions are likely connected and could have negative repercussions on a broad range of organisms in the environment, from other insects to wild vegetation and crops.

“We are exploring the reasons why the native bee species are declining as the exotic species do well; and in the case of O. taurus, significantly increasing in number and range,” LeCroy said.

This could be due to a few factors, she said. The exotic species may have introduced non-native diseases that jumped to the native bees and reduced their populations. The exotic species also may not have as many “enemies” in the North American environment that, in their native range, would otherwise inhibit their population growth. And, in the case of the rapidly proliferating O. taurus – which is tolerant of wide climate variations – a warming climate may be facilitating an increase in its range.

“It’s possible that O. taurus could be poised to further spread its range, particularly in warmer areas, as the climate warms,” LeCroy said.

That could lead to further declines of native bees in broadening ranges. Also, as bee diversity decreases, the pollination window each spring could narrow. This is because some native mason bee species begin foraging in earlier spring, while others do so later. This allows pollination of plants and crops through a wide swath of seasonal conditions. But with fewer bee species, some trees and plants could get fewer bee visits resulting in less fruit production. This is particularly concerning to farmers.

“We know that bee populations are declining worldwide, and to understand the reasons for that, we need to conduct regional-scale studies, such as this, that might help explain the specific causes,” LeCroy said.

To conduct her study, LeCroy organized 100 volunteers in several mid-Atlantic states to collect bees for identification. She also used databases from several other studies and was able to spot the ongoing trend of native decline, and the startling 800% increase of O. taurus.

“A community of citizen-scientists helped make this study possible,” LeCroy said. “I’m very appreciative of their work and enthusiasm and their friendship.”