Study: Ozone Does Not Necessarily Promote Decline of Natural Ecosystems 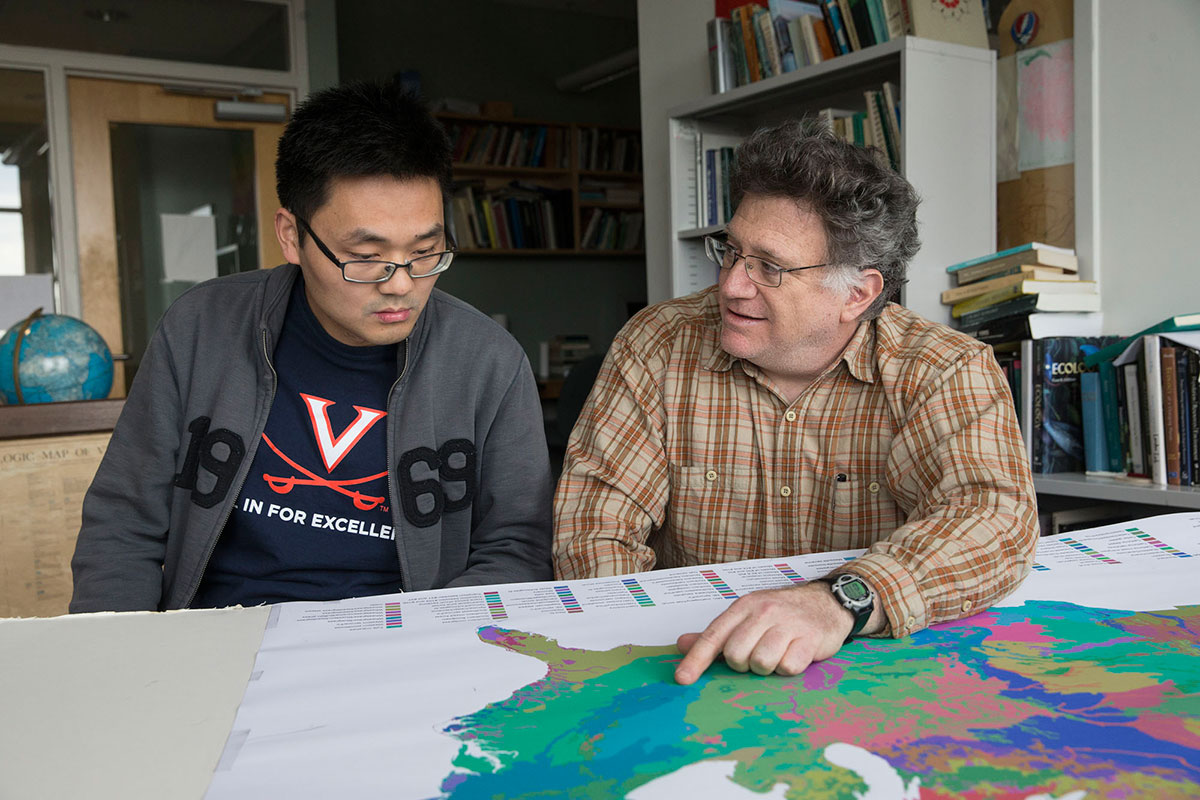 Environmental scientists at the University of Virginia have found that surface ozone, an abundant chemical known to be toxic to many species of vegetation and to humans, does not necessarily inhibit the productivity of natural ecosystems.

“This is a rare piece of good news in the ozone and ecology story,” said Manuel Lerdau, an ecologist who, along with graduate student Bin Wang, post-doctoral fellow Jacquelyn Shuman and Professor Hank Shugart, published their findings this week in the Nature journal Scientific Reports.

Though ozone is essential to the health of the Earth in the upper atmosphere – where it shields the surface from excess ultraviolet radiation – the chemical in high concentrations at surface level is hazardous to human and animal health and to many species of plant life. Ozone becomes most abundant at the Earth’s surface during the summertime as plants grow and produce chemicals, such as isoprene, that react with the hydroxyl radical and nitric oxide (which comes primarily from automobiles) to produce ozone.

While it is known that ozone hinders the growth of many kinds of plants, including crop vegetation, the extent to which ozone damaged natural systems was not well understood.

The new finding suggests that unmanaged forests remain productive as systems because they contain multiple tree species, each with a different sensitivity to ozone, and this differential sensitivity to the chemical allows the more resistant species to compensate for the damages suffered by the more sensitive ones.

The researchers used a computer model of forest growth and production that is well-tested in a variety of ecosystems to study how species-specific responses to ozone can change the competitive interactions among species. They found that ozone changes the relative abundances of tree species, but that overall ecosystem productivity – the rate of biomass generation – and the ability of the ecosystem to store carbon do not change in the face of ozone pollution. Previous research that modeled forests broadly but not species-specifically did not discern these species-specific compensatory changes.

“While our results do not mean that we can dismiss or ignore ozone’s impacts on forests, they do suggest that these impacts will be more in the realm of species composition and less at the scale of forest function,” Lerdau said.

He added, however, that the study also indicates that low-diversity systems, such as crops and managed forests, will have maximal ozone sensitivity because of the lack of inter-species compensation.

“The study is an important step toward understanding how individual species and biodiversity affect the health, integrity and functioning of ecosystems,” Lerdau said.