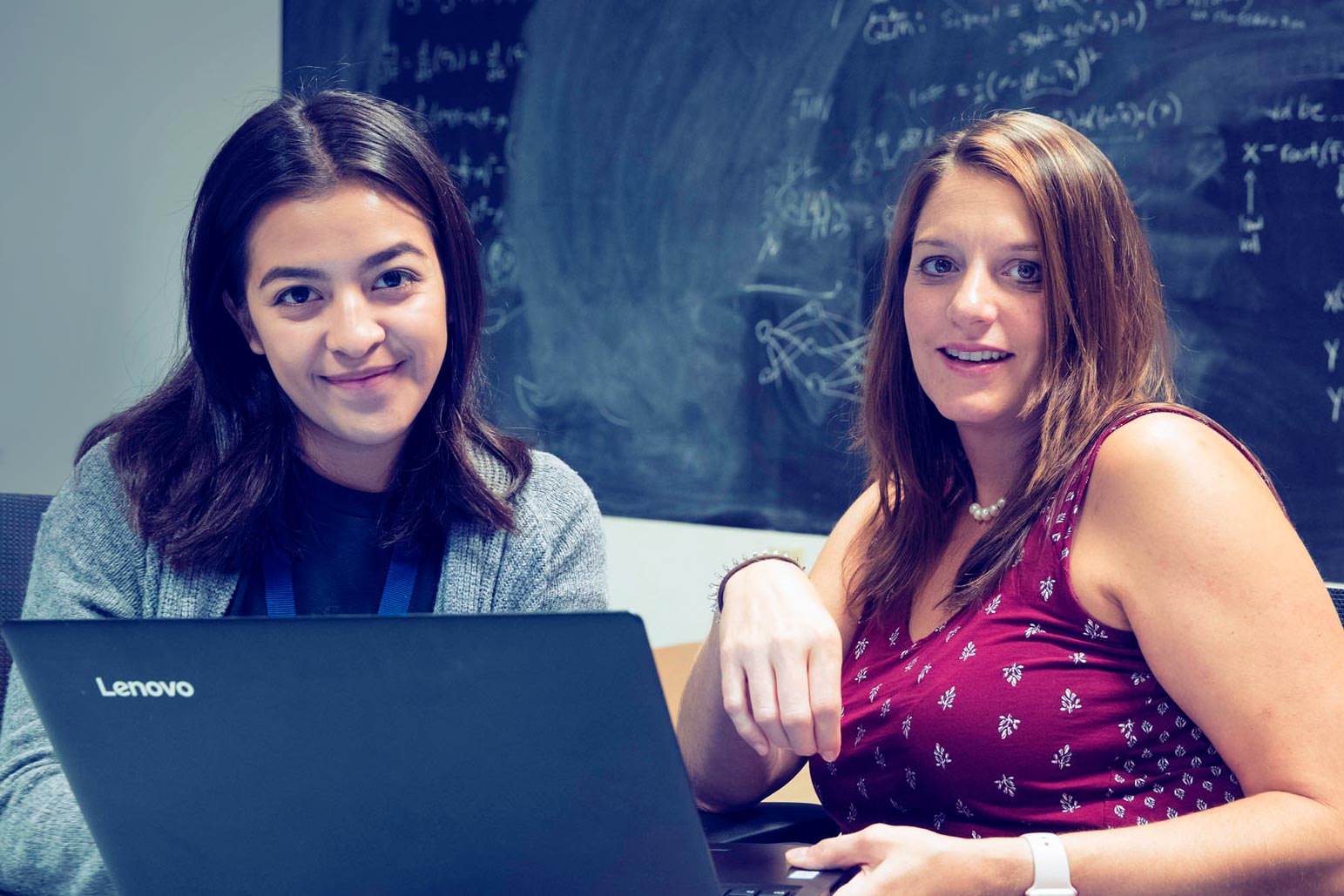 Some undergraduate students conducted hands-on research in astronomy, discovering a new molecule in space. Others are developing software to test the structural integrity of bridges and roads or to advance health information technology. Still others have studied the fluid mechanics of dolphin and whale movement, or experimented with synthetic materials for wound healing.

In a range of fields involving science, technology, engineering and mathematics, or STEM, the Virginia-North Carolina Alliance, a nine-member consortium the University of Virginia created 10 years ago, has been boosting the number of underrepresented minority students and preparing them for graduate school and related careers. Since the program’s inception, the number of minority students earning undergraduate STEM degrees at participating schools has increased by more than 150 percent.

The alliance’s approach has been so successful that the National Science Foundation awarded it a $5 million grant for its third five-year phase, which will include expansion of member organizations and of opportunities for students.

New partners being added under the latest grant include Old Dominion University in Norfolk, Thomas Nelson Community College in Hampton and the National Radio Astronomy Observatory in Charlottesville, which has previously worked with the alliance. 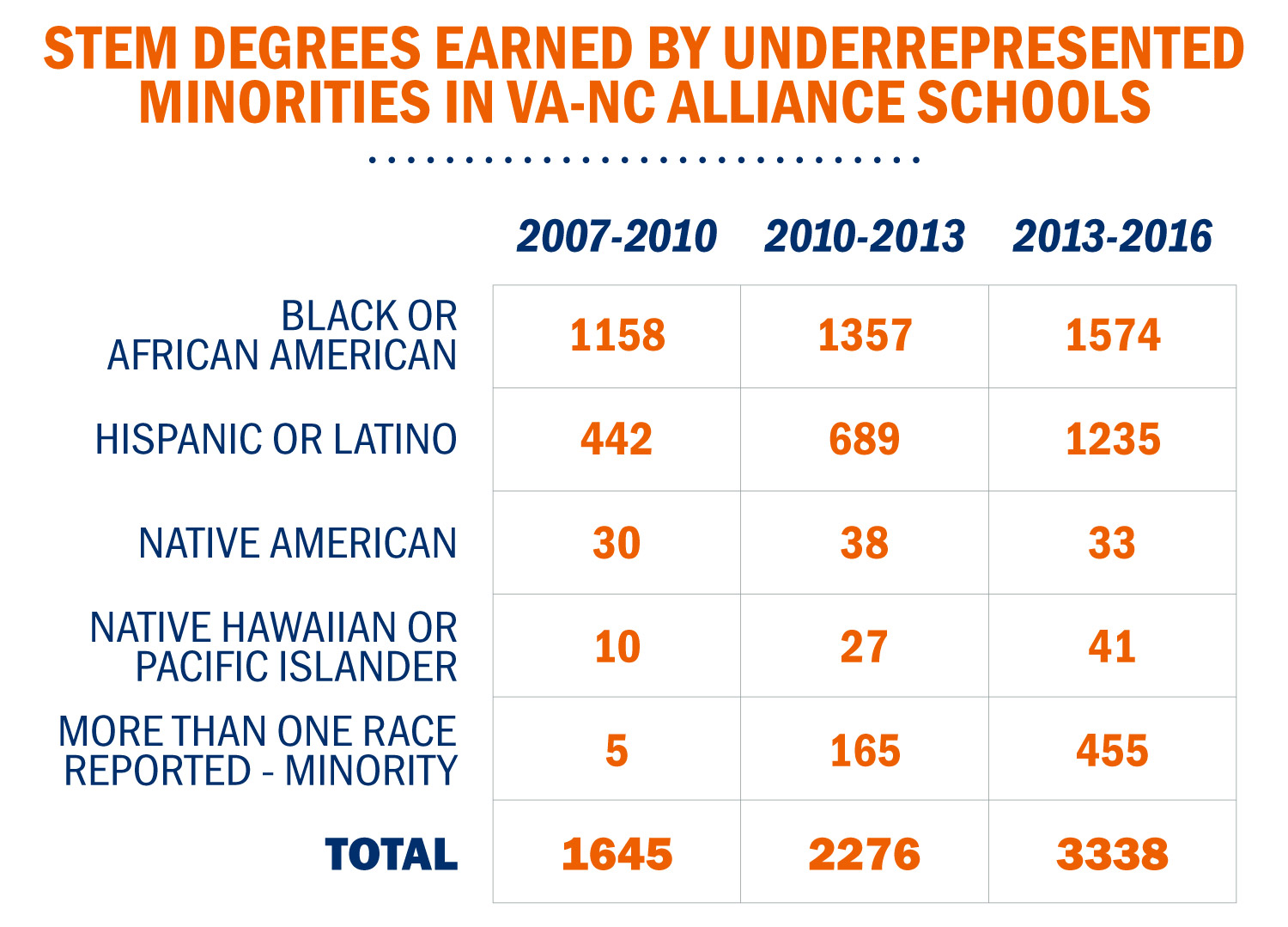 The table shows that the number of underrepresented students who earned bachelor’s degrees in STEM disciplines at VA-NC Alliance schools more than doubled as of 2016. The total over the nine-year period comes to 7,259.

The alliance brings together large research universities and historically black colleges and universities and community colleges. Each of the institutions in the VA-NC Alliance offers individually tailored recruitment, retention and enhancement activities to support students interested in advanced study or professions in STEM fields who are African-American, Hispanic, Native American, Native Hawaiian or Pacific Islander and students who report more than one race. Features of alliance support include paying students’ way as they attend annual local and national symposia, mentoring, research programs, workshops, internships and participation in UVA’s annual Summer Research Program, created specifically for alliance students. 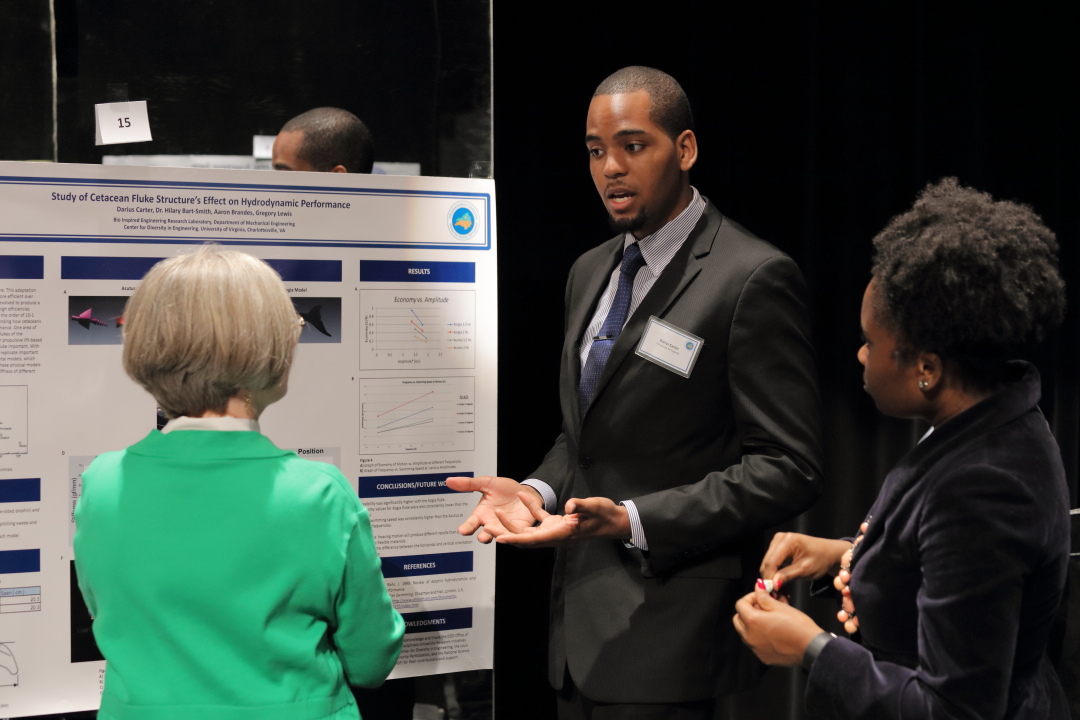 Laura Barnes, an assistant professor in UVA’s Department of Systems and Information Engineering, is mentoring Sarai Alvarez from George Mason University, who is participating in the summer research program.

“I would like to give Sarai an idea of what being in graduate school is like and hopefully give her a rewarding experience that will benefit her future education and career plans in a positive way,” Barnes said.

Alvarez, a rising senior majoring in bioengineering and concentrating in health care informatics, is analyzing social media data with measures of wellbeing and physiological data, looking at sentiments of incoming and outgoing Facebook messages in relation to a participant’s measured loneliness.

She also helped with an experiment in Barnes’ lab, setting up a wristwatch to collect physiological measures of study subjects with and without autism while driving.

“The summer experience has connected me with students from around the country with similar interests as me,” Alvarez said. “Other than my work in the lab, I’ve been able to learn immensely about options about graduate school from the perspective of current graduate students. Cumulatively, the advice and experiences shared with me have equipped me with tools that I could not have received elsewhere. Overall, the experience has empowered me and cleared the smoke in my academic future.”

In addition, the alliance students traveled to the Green Bank Observatory in West Virginia for a tour of the facility, including a lift to its highest level of 485 feet.

“It was exciting to see large-scale electrical circuit applications I learned about in my circuits lab,” Alvarez said. “Both of the experiences have confirmed my love for scientific research and the real-world applications results can translate to.”

The observatory trip is one fruit of the alliance’s long-standing affiliation with the National Radio Astronomy Observatory. Its director, Tony Beasley, said, “The VA-NC Alliance has been an important part of NRAO’s commitment to broadening participation efforts. I’m happy that this award brings NRAO into the alliance as a full partner, and we look forward to introducing many more undergraduate students to astronomy.”

Mark Melton, dean of St. Augustine’s School of Sciences, Mathematics & Public Health, said since his university, which has fewer than 1,000 students, joined the alliance, it has “vastly improved” students’ preparation for graduate studies and helped them to gain immediate entry into the STEM workforce.

Dequante Mckoy, who hails from Charlotte, North Carolina and will be a senior in engineering and math at St. Augustine’s, is more committed to his plan to pursue graduate school – possibly at UVA – because of his experiences in the summer research program. He is working in the MOB Lab of Devin Harris, an associate professor of civil and environmental engineering – “MOB” being short for “Mobile Laboratory for Rapid Evaluation of Transportation Infrastructure.”

It’s been “a home away from home” working with Harris and his team of graduate students, including his mentor, doctoral student Mohamad Alipour, Mckoy said. As part of a larger research project related to the condition and behavior of infrastructure systems, Mckoy is working on creating an app that would enable residents to report and take photos of cracks and other damage in roadways that a transportation department can analyze to locate the worst problems and triage what needs to be fixed, he said.

Along with meeting weekly with Harris, who Mckoy said has been really encouraging, “everyone has been open and helpful, talking about graduate studies and balancing work with personal life,” he said of the team. His long days in the lab are challenging and definitely keep his interest, he said.

“Recently, the alliance cultivated a number of relationships with industries and government agencies interested in hosting students and providing opportunities, including among the Kenan Institute for Engineering, Technology and Science; Virginia Diodes; Bright Spec; Revature; ASM Research; and Intel Corporation. While many students will pursue graduate school opportunities, some will choose to enter the workforce directly after earning their bachelor’s degrees,” program director Kristin Morgan, a co-principal investigator, said. “By supporting more underrepresented STEM students through graduation, the alliance aims to contribute to the STEM workforce, addressing a critical need of the nation.”

Also new with the additional grant will be “a social science research study which will use a mixed methods approach to examine the specific impacts of partner schools’ environments and STEM intervention programs on students’ persistence in STEM, their identities as scientists and their career goals,” she said. VCU associate vice president and associate professor Rosalyn Hobson Hargraves will lead that effort.

Over the past nine years, the VA-NC Alliance has tracked a 156 percent increase in the number of undergraduate STEM degrees earned by underrepresented minority students, from 488 in 2007 to 1,247 in 2016.

“The Virginia-North Carolina Alliance’s third phase proposal was rated as ‘highly competitive’ by the NSF, placing us among the top among the nation’s LSAMP programs,” said principal investigator Dr. Marcus Martin, UVA’s chief officer for diversity and equity. “This degree of success is attributable to the dedication and contributions of our partner schools and management team at UVA. We are moving into a new era with additional partnerships and research opportunities for our students.”

Meet the New Cavalier on Horseback: She’s Eager To ‘Carry On a Legacy’ END_OF_DOCUMENT_TOKEN_TO_BE_REPLACED

Housing Changes Are a Breath of Fresh, Cool Air – Especially for Lawnies END_OF_DOCUMENT_TOKEN_TO_BE_REPLACED

Virginia Football – For All Virginia END_OF_DOCUMENT_TOKEN_TO_BE_REPLACED