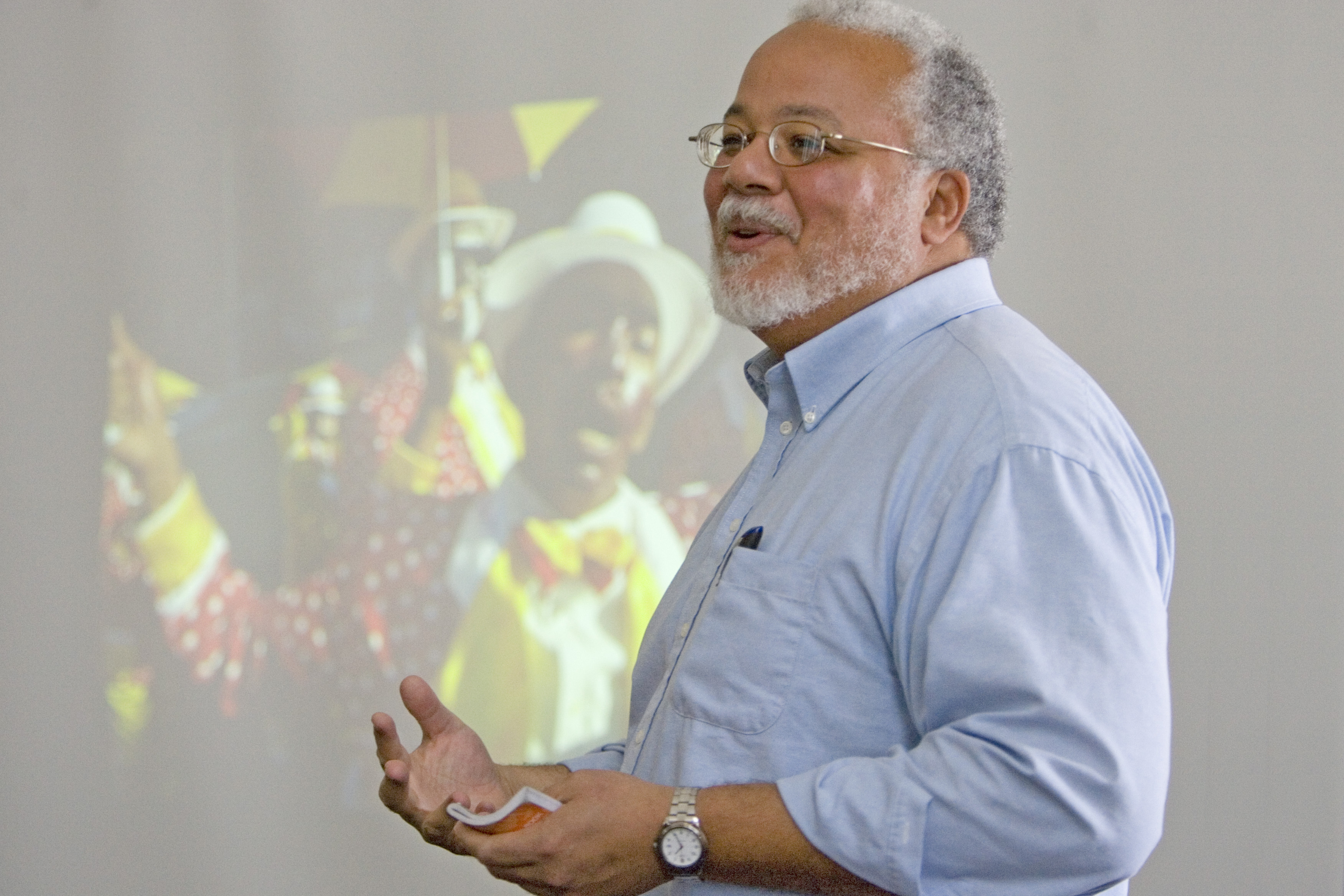 The proliferation of cameras in cellular telephones and mobile devices has helped expand the democratization of photography that began when George Eastman created inexpensive Kodak cameras that people could carry in their pockets, and has helped communicate – and shape – world events as they unfold.

In the Summer Session course “Photography in the Age of Instagram,” University of Virginia history professor John Mason explored the evolution of photography from the early days of photojournalism to average people posting their own photographs on Instagram, a Web service that lets people upload images from their smartphones.

The abundance of popular photography means that “earning a living at it is harder,” Mason said, “and at the same time there is more good work being done than any time before.”

To give his students the widest possible experience, Mason had photographers from South Africa and other parts of the world participate in the class via videoconferencing. He brought the students on a field trip to a photo gallery and brought in guest speakers, including University photographer Cole Geddy, who explained how he evolved from a University student to a working photographer and what that work entails.

Mason demonstrated the power of photography by showing students photo layouts from Life, a weekly photo magazine published from 1937 to 1972. He analyzed photo essays by Gordon Parks, W. Eugene Smith and Margaret Bourke-White, among others, pointing out the imagery, the use of angle and shadow, showing how the photographs were used to tell a story.

“We visited local photography exhibits, interacted with guest speakers and pursued our own project: documenting Charlottesville in our own, unique way,” said Cohen, who is taking the course after being recommended by his school and then reviewed and approved by the Summer Session staff. “Professor Mason was engaging and led discussions about the history of documentary photography and how it is changing due to the introduction of accessible technology.”

Mason said in presenting the class, he wanted to explore with the students how photography had evolved and was evolving.

“Photography is changing in fundamental ways,” Mason said. “It was a physical object, whether it was a negative, a print or a slide. It was tangible. You could duplicate it, but in a limited number.”

As the nature of photographs have changed, so have the ways of getting them and working with them. “The people who look at these photographs almost never own a device that just takes pictures,” Mason said of digital presentation. “Most cameras now are in multi-task devices, a miniature computer.”

Mason said for most current students this is the only photography they know.

“Film is gone,” Mason said. “It has joined the rotary dial telephone and the typewriter.”

And the way photos are represented has changed. Life and Look magazines, two large-format publications for photographs, have not existed in any appreciable form in many years. Newspapers are discharging their photography staffs. The photos people look at now are online and are increasingly taken by nonprofessionals.

But in many respects, social media has taken the place of the old-fashioned media. Mason noted that during the recent protests in Taksim Square in Istanbul, Turkey, protestors used social media to get their message out, coordinate their protests and send images to the outside world.

“This is a new tool and a new kind of protest,” Mason said.

The tool has more than one use. He said in the last year’s protests in Egypt, government officials used photos the protestors posted online to identify and arrest them.

Before the course, John Pond, a third-year English and history major in the College of Arts & Sciences, thought social media was used primarily by young people advertising their lives.

“I see now that social media in general is utilized by a far more diverse set of people than I think most people realize,” Pond said, “from younger generations all the way to professional photographers looking to market their brand, and everyone in between.”

Pond said the class “showed a side of history based on social media, which is a constantly growing part of our lives today.”

He noted that last summer, during the protests following the dispute between U.Va. President Teresa A. Sullivan and the Board of Visitors, social media played a role.

“School was not in session, the students were away, the alumni are spread all over, and people used social media to stay up on it,” he said. “People were tweeting photos from the protests. Distance is collapsing.”

Once they had seen what made good photographs, the students also had to do projects of their own.

“I am surprised how good some of them are,” Mason said.

Nicholas Cummings, a fourth-year history major in the College, does not own a smartphone or use Instagram, and had written a paper about the beneficial and detrimental effects of the Internet on photography.

“I have a greater appreciation for the potential that conscientious photography can have on the world and the people around me,” he said. “Both fine art photography and documentary photography, regardless of medium – digital or film – can, with the right understanding and motivations, be used for the good of others. Furthermore, continuing to wrestle with questions of perception, intention and interpretation will serve to foster new insight into how we interact with what we see – that is, with everything and everyone around us.”

With digital images, people can exercise more flexibility than they could with film. “One reason Instagram is popular is the filters can make a poorly exposed shot better,” Mason said. “You can often fix defects in the pictures. You don’t have to know anything to be able to take a picture these days.”

But the ubiquity of photographs has its own drawbacks.

“There is a huge amount of photography out there and people don’t even notice it anymore,” Mason lamented. “It takes a lot to get it to register.”

A Year We Will Never Forget: 2019-20 in Review END_OF_DOCUMENT_TOKEN_TO_BE_REPLACED

‘What Will You Carry With You?’ Remarks From UVA President Jim Ryan END_OF_DOCUMENT_TOKEN_TO_BE_REPLACED