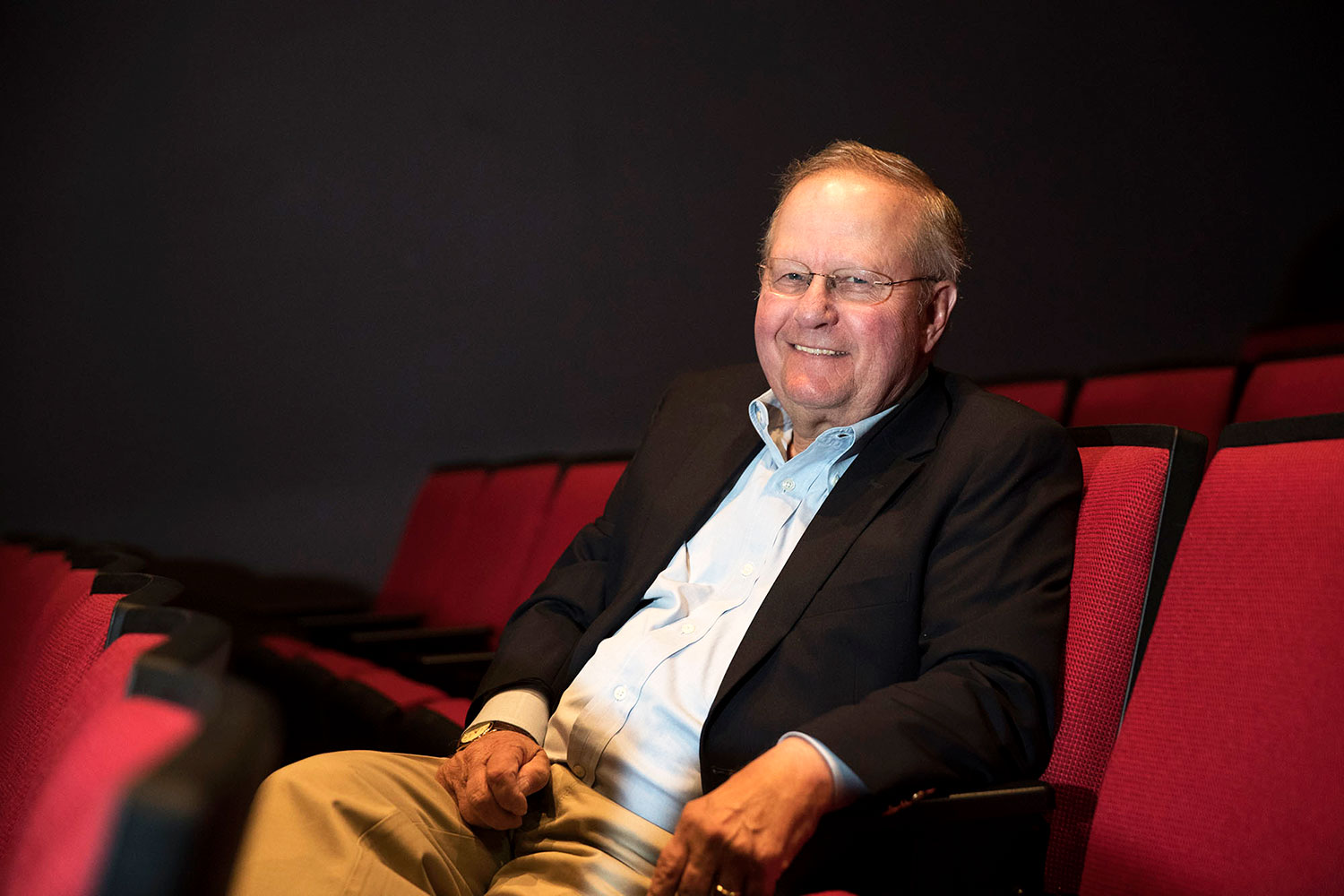 Robert Chapel wanted to be a director most of his life. For nearly 50 years, he has lived out that dream, directing plays around the world and mentoring many successful actors, including University of Virginia alumna and comedic megastar Tina Fey.

The names, the faces and the places have changed – from New York, Los Angeles and even Russia to his 20-year run at the University of Virginia – but Chapel’s love of directing has remained constant and earned him plenty of accolades along the way. Just a few weeks ago, the Virginia Theatre Association recognized Chapel with the Ginny Lifetime Achievement Award, its highest honor.

“It was a great honor and a lovely ceremony,” Chapel said. “I was able to find what I love to do, and fortunately I have been able to make a living doing it.”

From 1995 to 2015, Chapel was the artistic director of UVA’s Heritage Theatre Festival, a summer theater program bringing in professional actors, designers and directors from around the country. Until 2015, he was also a professor in UVA’s Department of Drama, which he chaired from 1990 to 2005. He directed more than 75 productions during his time at UVA, ranging from hit musicals like “West Side Story,” “Cabaret,” and “Hair” to Shakespearean classics like “King Lear.” 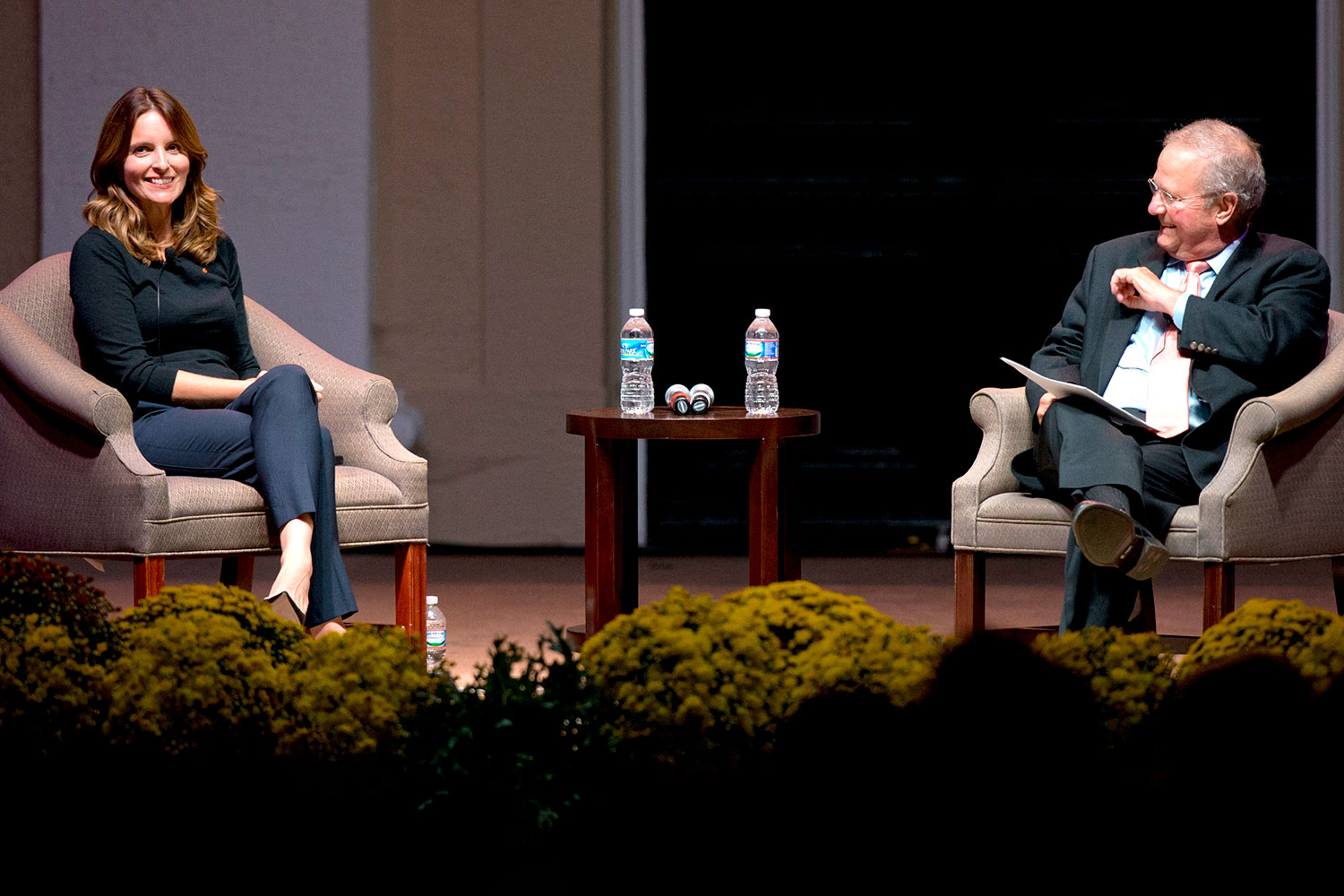 It was also during that time that he first met a young drama student with a special knack for comedy. Even then, Fey’s talent and work ethic stood out.

“Tina was always willing to do so many different things in the department. She worked in our costume shop, she was one of the leaders in the Virginia Players student group, she auditioned for everything and she wrote all of the time,” Chapel said.

Chapel’s production of “Cabaret” was Fey’s final performance at UVA before she graduated in 1992. He cast her as one of the main characters, Sally Bowles, a cabaret performer in the seedy Kit Kat Klub in 1931 Berlin.

“She always said to me that she could never sing that role the way should would have liked, but she was a good enough singer and a very good actress,” he recalled.

Chapel can also count himself among the first recipients of Fey’s famously funny roasts. During the 1992 “Dram Prom” – an end-of-the-year tradition in the drama department where students perform short sketches skewering their professors – Fey took on the longtime chair.

“She truly roasted me,” he said, laughing. “I had great admiration for her even then.”

Professor and student kept in touch, and when Fey returned in her alma mater to speak in the 2013 President’s Speaker Series for the Arts, Chapel interviewed her in front of an audience of thousands.

“That was quite a night,” he said. “She is just a great person and she has hardly changed at all.”

Several more of Chapel’s students have gone on to star in major productions. Some Heritage Theatre Festival alumni, coached by Chapel during their time at UVA, are now starring in major Broadway musicals like “Jersey Boys” and “Wicked.” Former UVA drama students have landed starring roles in theater, film and television, such as “Grey’s Anatomy” stars Sarah Drew (who spoke during UVA’s Final Exercises last year) and Jason George.

Chapel’s fame also grew as he continued to direct more and more acclaimed works and earn notice around the world. In 2005, he traveled to Moscow to teach at two prestigious acting academies while on sabbatical from UVA. He returned with a Fulbright grant in 2006 to direct “Sweeney Todd” for the Russian Academy of Theatre Arts.

From those trips, Chapel recalls the dedication of the musical theater students he encountered, several of whom taught themselves English while rehearsing for the musicals, which were sung in English but spoken in Russian.

“They were wonderful young people who were incredibly talented,” he said of his “Sweeney Todd” cast. “The woman who played Mrs. Lovett could not speak one word of English at first, but when I arrived she had the entire score completely memorized and understood the humor of Mrs. Lovett.”

In 2007, the U.S. State Department asked Chapel to develop a musical revue to tour eight Russian cities as part of cultural exchange efforts. Chapel brought together three Heritage Theater Festival alumni to create “Broadway X3,” bringing some of New York’s most popular musical numbers to the far reaches of Russia. The group gave nine performances over 14 days, covering over 6,000 miles.

“We segued from one great Broadway tune to another, mostly in chronological order to show the evolution of Broadway music,” Chapel said. “It was a great trip, and the audience response was great. I believe they loved it.”

Now that he has retired from full-time teaching, Chapel, in his early 70s, is keen to return to the international directing scene. He is looking into directing opportunities abroad as well as opportunities in the United States.

“I had a great run at UVA and I was fortunate to land in such a wonderful place to work,” he said. “Now that I have a bit more flexibility to travel, I hope to continue directing either at universities, in regional theaters or abroad.”

Ahead of Thanksgiving, Hoos Look Back With Gratitude END_OF_DOCUMENT_TOKEN_TO_BE_REPLACED

The Cavalier Marching Band Marches On – Even When Apart END_OF_DOCUMENT_TOKEN_TO_BE_REPLACED