Their Families Are in the Midst of War; How These Ukrainian Students Are Coping 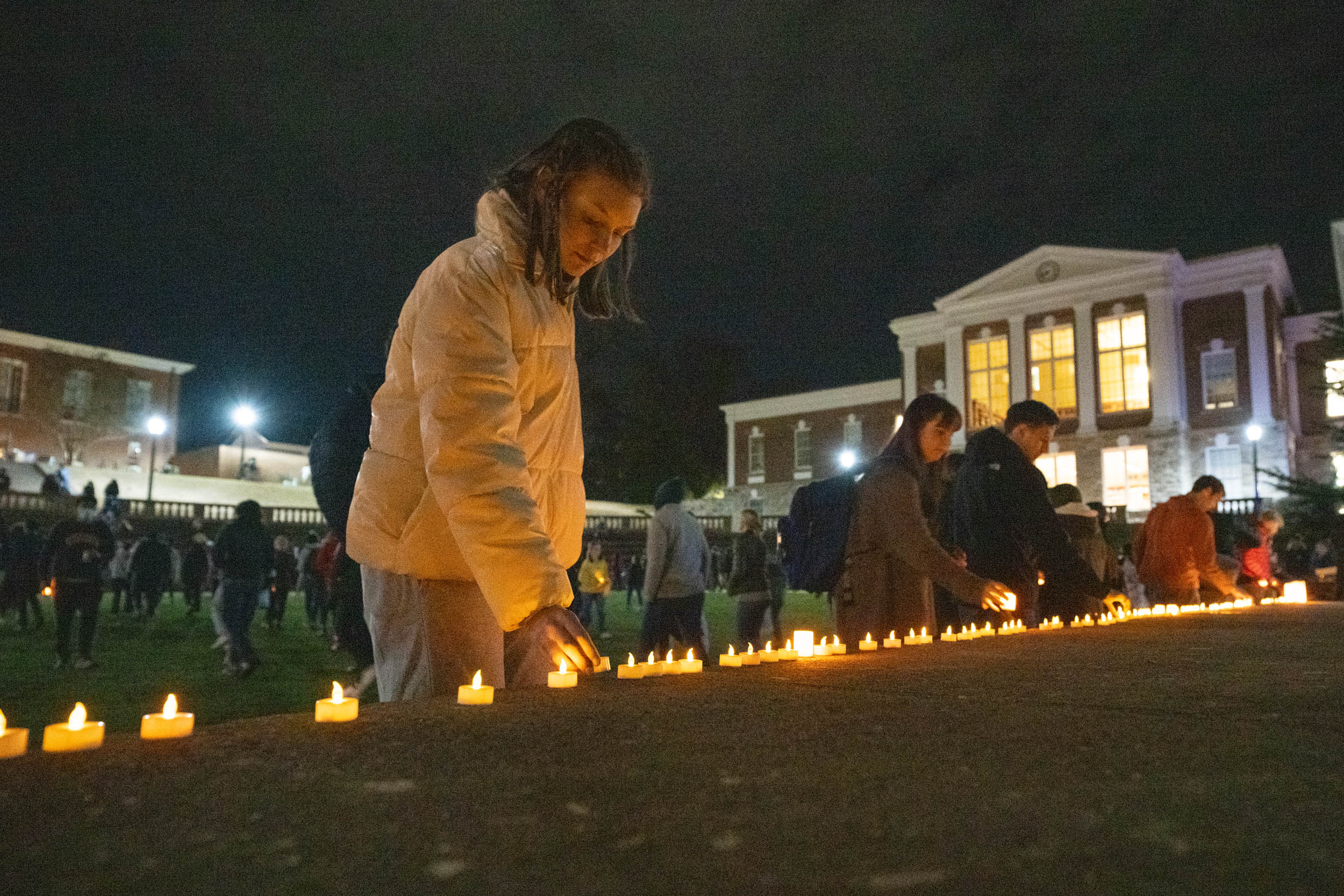 Students gathered in silent solidarity Thursday evening for the vigil as a chill descended. (Photos by Sanjay Suchak, University Communications)

Varvara Isaieva wore a face of steely resolve Tuesday afternoon as she shared her family’s story of terror and determination in the face of Russia’s unprovoked invasion of her home country, Ukraine.

Sitting at a sunny picnic table on the Grounds of the University of Virginia across from the Corner, the scene stood in stark contrast to the story she was telling. Isaieva is a native of Kyiv. Her mother and grandparents, who have refused to leave their apartments in the capital, have been sleeping in bathtubs, hallways and under the kitchen sink to safeguard themselves against the Russian bombs raining down on the city. Even though their apartment building has a bomb shelter in the basement, where many of the residents hunker down, her family says they feel safer in their apartment.

Isaieva said the bomb shelters cannot withstand rocket attacks. “She said it’s going to be even worse in the shelter because if the rockets are going to come to their building, they are going to be blocked by the stone,” said Isaieva, quoting her mother, Olga Khmaruk. 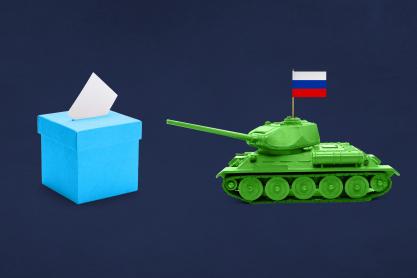 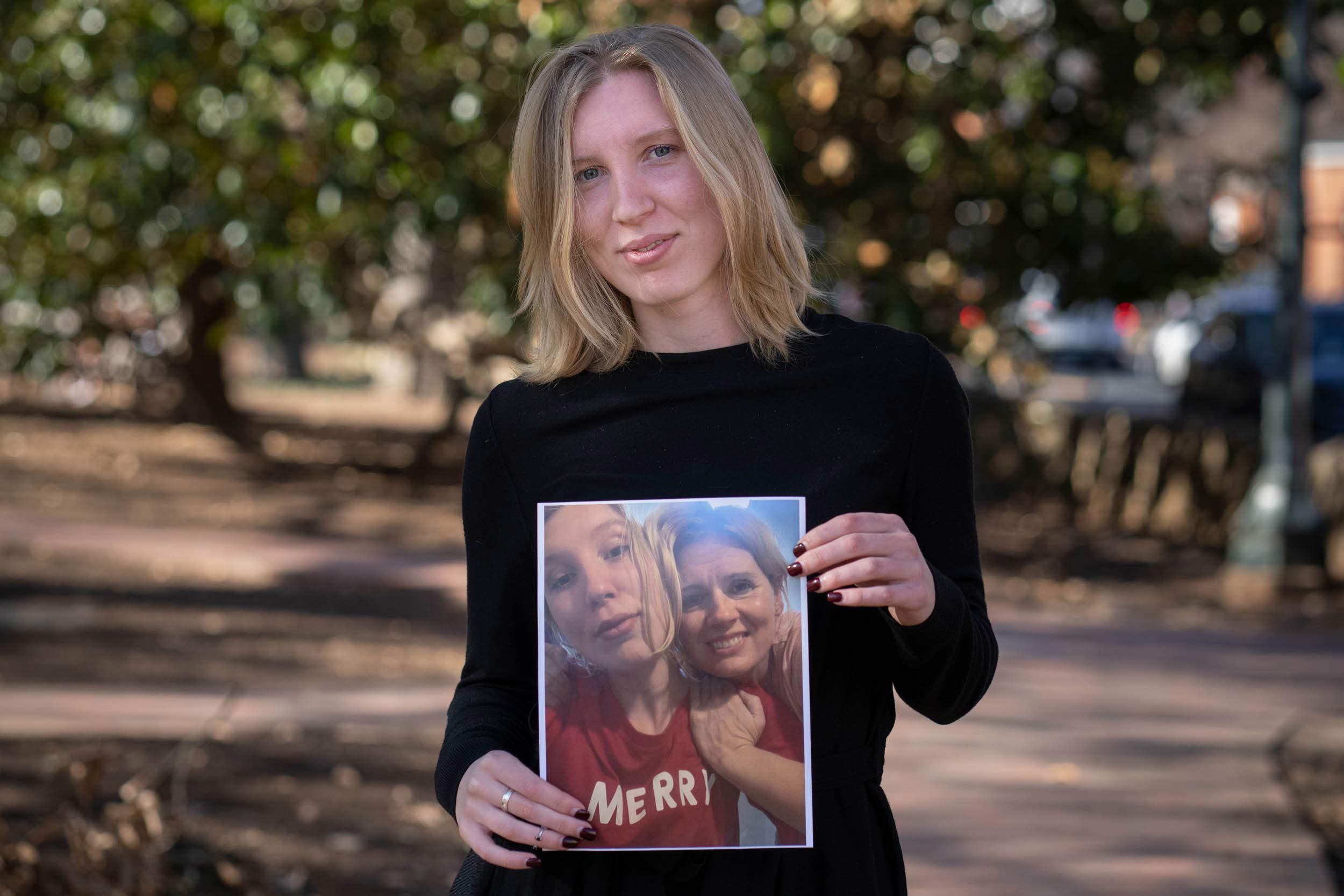 Varvara Isaieva is a fourth-year student from Ukraine. She is holding a photo of her and her mother, Olga Khmaruk, who is currently hunkered down in an apartment in Kyiv.

Isaieva’s family has remained out of the crossfire to this point and is managing to get food, either delivered by Ukrainian troops or by standing in “huge” lines at appointed times. “If you’re unable to come out at all, you have to call the army and they will coordinate and bring the food to you,” Isaieva said.

Isaieva is a fourth-year student and transferred to UVA from American University in her second year, attracted by UVA’s Department of Psychology.

Not that schoolwork is at the top of her list these days. Or even on her list. Since Russia invaded Ukraine Feb. 24, she and a group of Eastern European students have been working together to find ways to support Ukraine. She said it gives her a feeling of agency, even though what she really wants is to go home and protect her family.

Andriy Shalkivskiy is a second-year student who is set to matriculate into the McIntire School of Commerce next year. He spent six years of his life being raised in Ukraine and traveled there for many summers. Shalkivskiy’s grandfather, who is in his 70s, is helping support Ukrainian troops by delivering equipment and food and, at present, his grandson does not know where he is staying. Shalkivskiy’s grandmother has fled the capital.

When asked what message he would deliver to the Russian people, Shalkivskiy asked for their help. “Please, please help us if you care. And if you truly don't want this war, please show this to your government,” he said. “We do not want this war. You’re not our enemy, but we can’t change your government. Only you can. The faster you do it, the faster this conflict will end.”

The morning after Russia’s invasion, third-year sociology graduate student Olya Feldberg was bleary eyed as she taught her section of a class in social theory. A Russian deeply opposed to the war, Feldberg had been up until 5 a.m. watching the news.

When asked how the war was affecting her, she was quick to deflect. “It’s not about me,” she said firmly. “It’s important to give Ukrainians agency and not always talk about what Putin wants in the media. These people are fighting for their homeland. This is not about me as a Russian but about Ukrainians.”

Thursday evening, members of the UVA and Charlottesville communities gathered at McIntire Amphitheatre for a student-run candlelight vigil. The hour-long event included poetry readings, remarks by both Isaieva and Shalkivskiy, and a moment of silence. 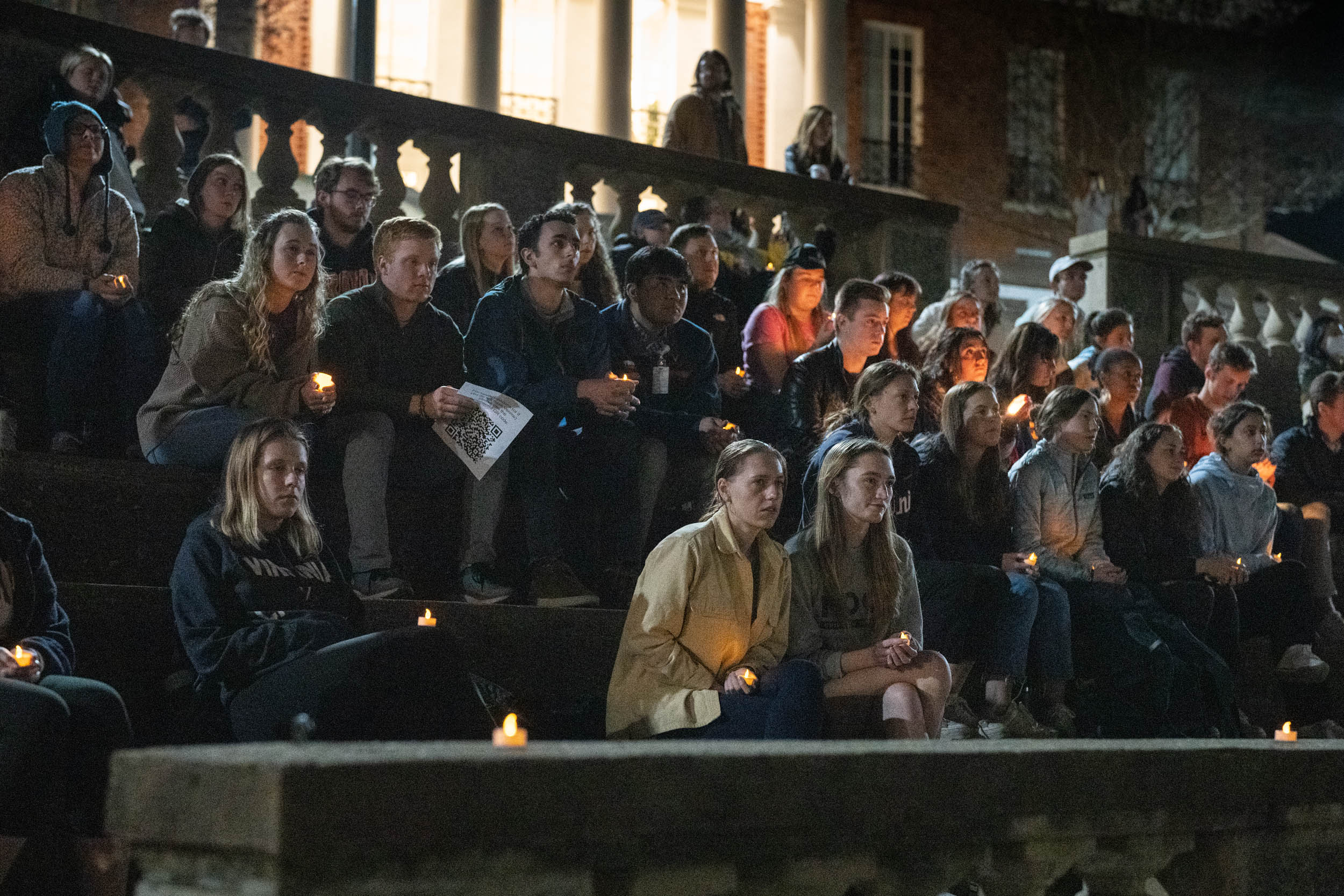 The mood was somber as students shared thoughts and poems before the evening concluded with a moment of silence.

Baillie McNitt, a second-year student from Annapolis, Maryland, was one of the organizers.

“As an academic institution, we naturally want to analyze changes in foreign policy and look to the future implications of this war,” she said. “We had a wonderful teach-in earlier this week that gave a fantastic rundown of the context surrounding this conflict and the current thoughts of the international community.

“But for millions of Ukrainians, this is not a question of theory or an opportunity to learn,” she said. “This is a fight for their freedoms and livelihoods. This is a fight for the existence of their very nation. Tonight, we wanted to offer as much of that Ukrainian perspective as we could and honor their sacrifice.” 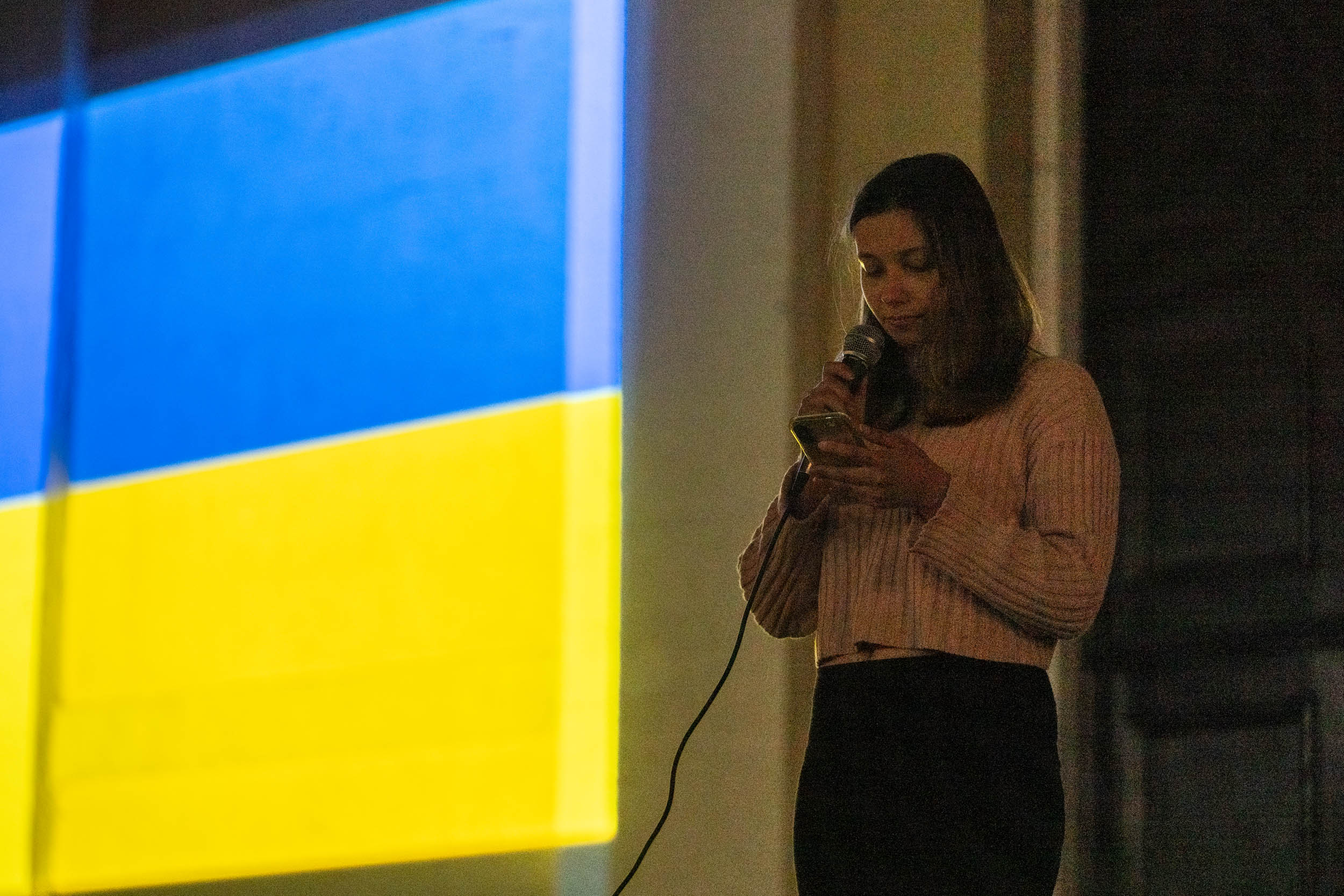 The evening concluded with heartfelt hopes for the people of Ukraine.

The Office of the Vice Provost for Global Affairs has created a “Crisis in Ukraine” blog where people can learn more about programming and other related resources.

Friday at noon a panel of UVA experts will discuss the global ripple effects of Russia's attack on Ukraine with a focus on policy, diplomacy and humanitarian implications. The moderated panel discussion will lead into an audience Q&A.

Register for the in-person event. 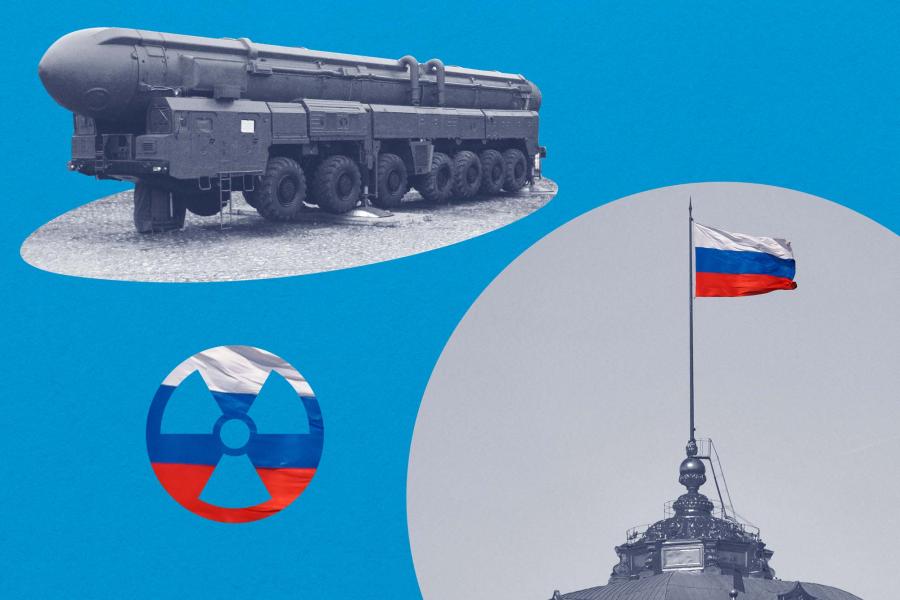 How Worried Should We Be About Russia Using Nuclear Weapons? 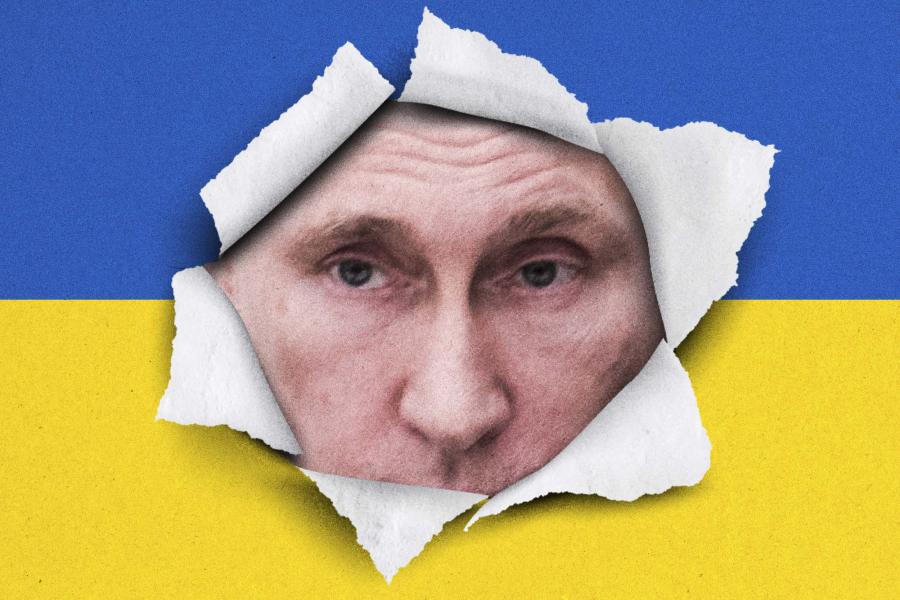 Russia-Ukraine Crisis: What’s Going On – and Why Americans Must Pay Attention 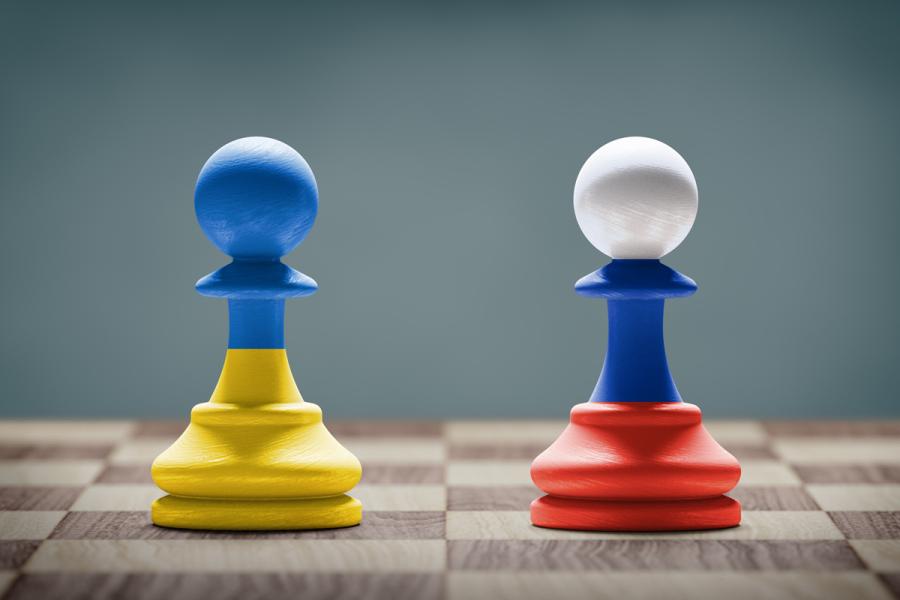 What Does Russia Really Want in Ukraine?