Is There a Cure for Cabin Fever? 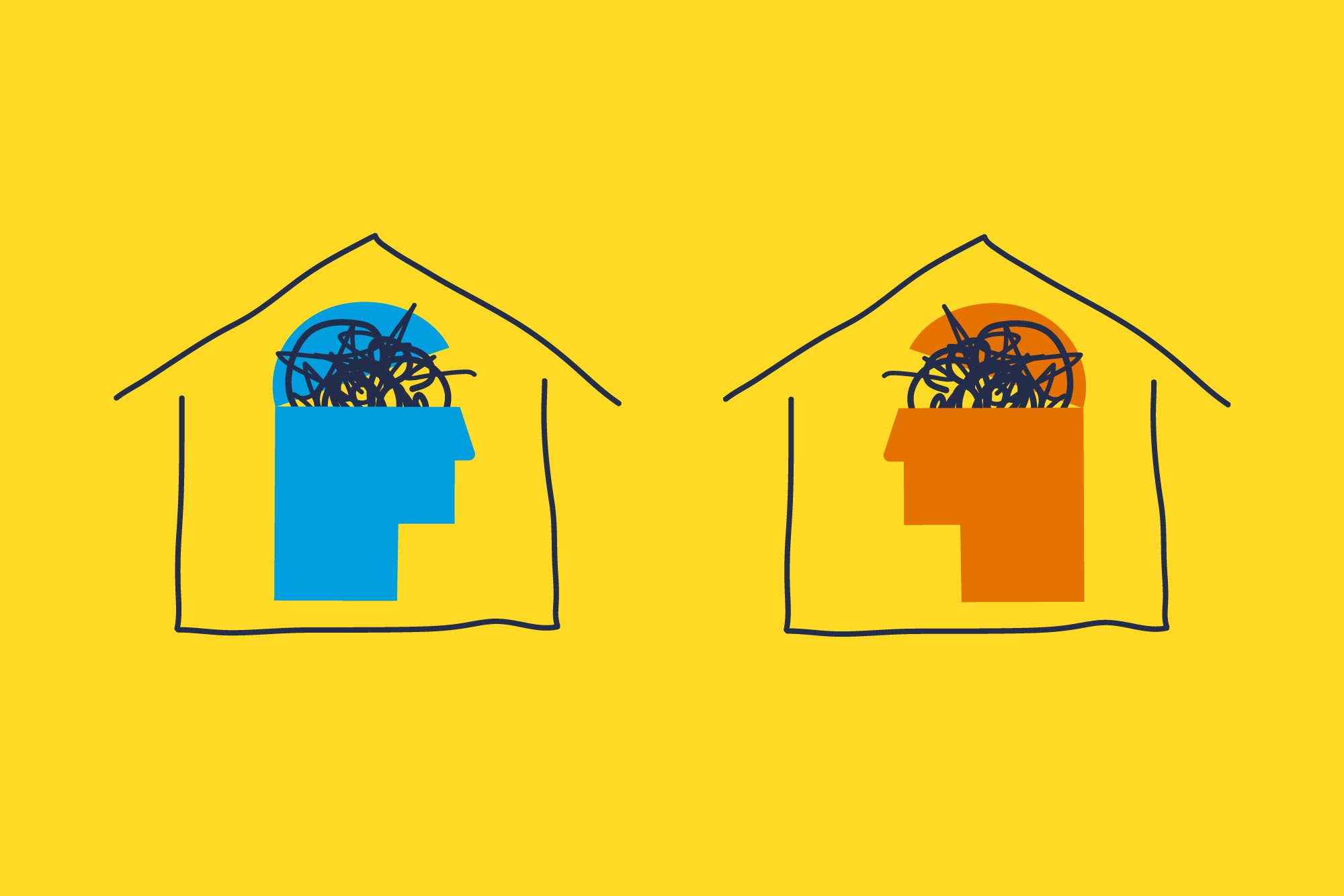 Feeling trapped? Are the walls closing in? Do you have a strange urge to do something a little crazy? Maybe it’s not that bad, but after more than a month of distancing yourself from co-workers, classmates, friends and even members of your family, you might be showing signs of a troubling illness: cabin fever.

Of course, cabin fever isn’t a genuine psychological disorder. It’s a folk term for that combination of anxiety and exhaustion you experience when you begin to feel trapped in your own home. But while the disease may not be real, the symptoms certainly are, and treating those symptoms early can make all the difference.

According to James Coan, an associate professor of clinical psychology and director of the Virginia Affective Neuroscience Laboratory at the University of Virginia, our natural habitat is not a cabin, a living room or a home office; it’s other people. “We’re designed as a species to be around other people,” he said. “We’re extremely adaptable. That’s why we’re all over the world. We can live anyplace, and we live on almost any kind of food. We’ve even walked on the moon. But the reason that we’re so adaptable is that we’ve picked up our ecological niche, our habitat, and taken it with us. We’ve turned it into each other.”

Remove that access to others that we expect on a daily basis, and “we start to go crazy,” Coan said. “And the nature of that ‘crazy’ is really that our bodies and our brains are so thoroughly designed to work with other people that they don’t work very well on their own.”

Coan likened it to driving around an unfamiliar city while looking for an address. “When you have someone in the passenger seat,” he said, “they can look for the address and navigate while you just operate the car. It’s so much easier. Because if I’m not looking for the address, I can devote all of my attention to driving. When you’re deprived of that person in the passenger seat, your bandwidth is cut. When your bandwidth is cut, you start getting exhausted. And when you start getting exhausted, your world gets more chaotic, more obtrusive, and more miserable.”

For some, the experience leads to nothing more than irritability, but for others who struggle with the effects of social isolation, it can trigger feelings of loneliness and depression, and that’s when cabin fever can become something much more serious.

Adrienne Wood, an assistant professor of psychology at UVA who studies the impact of emotions on our behavior, said that social isolation, and in particular the experience of being lonely, is an extremely unhealthy state.

“Chronic loneliness is on par with smoking a pack of cigarettes a day in terms of its health repercussions. Not just for your mental health, but also for your physical health,” Wood said. “Just the subjective feeling of being lonely increases inflammation in the body, which is the body’s sickness state. Your body will physically be treating itself as if it were sick, which, in the long term, is bad for it.”

Wood suggested that if you’re beginning to feel the effects of exhaustion or depression, there are things you can do, like spending time in the sunlight every day, finding creative activities that keep you from becoming bored and establishing a routine that can bring some predictability to your day. The most important thing you can do is to find ways to minimize your feeling of isolation. Phone calls, videoconferencing, playing online games and actively building your network through social media are all good ideas, and Wood added that laughter remains one of the best things you can share with the people in your life.

“Laughter is associated with positive emotions,” Wood said, “but it also has therapeutic effects on the body and is linked to the release of endorphins, which you get after exercise. Laughter increases your pain threshold, but it also helps build resiliency.

“This is a very draining time that we’re all experiencing. It’s very emotionally draining; it’s physically draining and it’s cognitively draining. Positive emotions and, in particular, humor are ways of rebuilding the resources we have available to us.”

But, Wood cautioned, if you’re starting to feel anything akin to depression, don’t wait to take steps to connect with friends, family and colleagues and laugh a little.

“Once things get bad,” she said, “it’s going to become harder for you to reach out to others.  Then it becomes really hard to fix the problem.”

A Year We Will Never Forget: 2019-20 in Review END_OF_DOCUMENT_TOKEN_TO_BE_REPLACED

‘What Will You Carry With You?’ Remarks From UVA President Jim Ryan END_OF_DOCUMENT_TOKEN_TO_BE_REPLACED