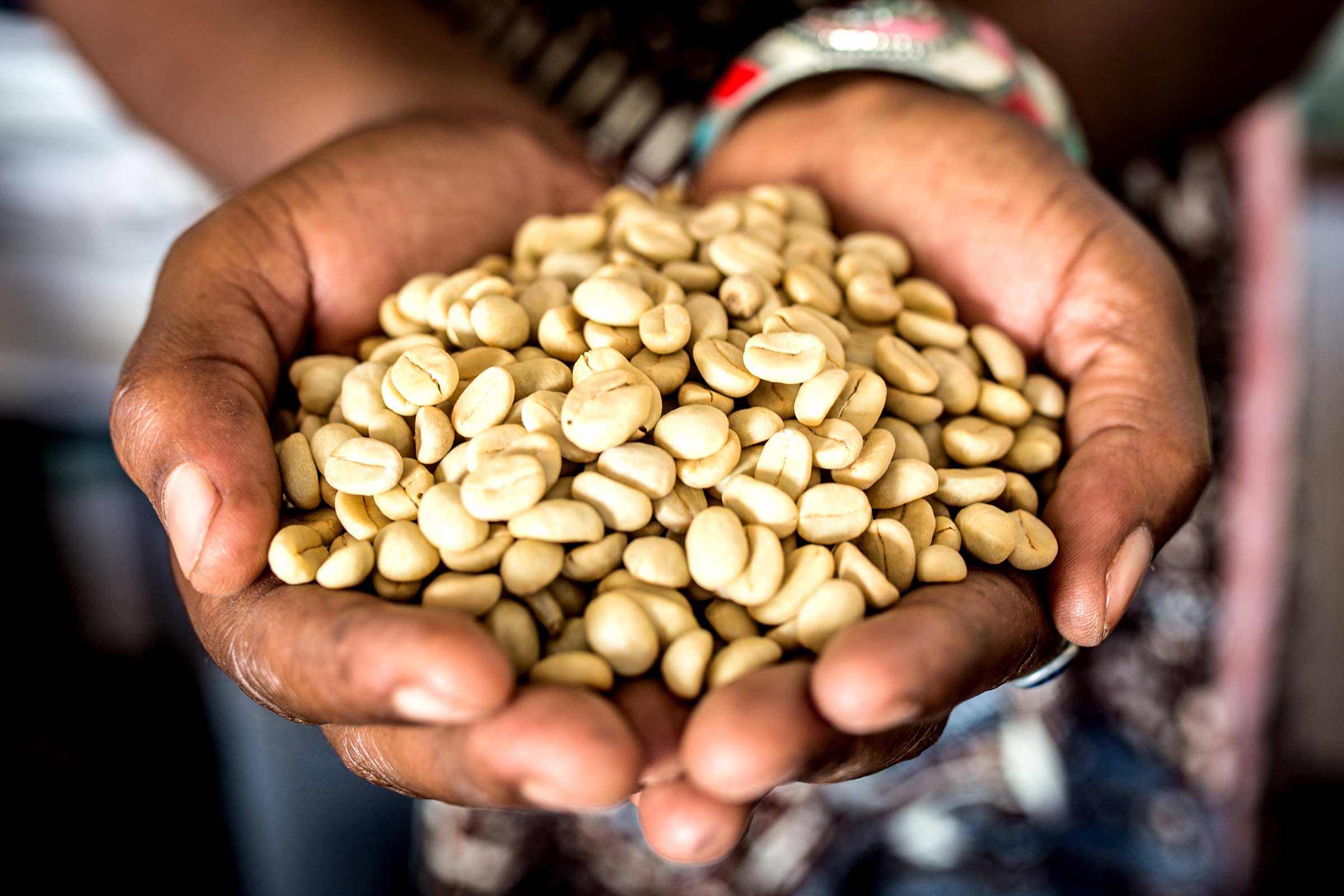 You already know that coffee can wake you up in the morning. What you might not know is that your morning cup can also help men and women in a war-torn country halfway around the world put down their weapons and provide for their families.

That’s the premise behind University of Virginia alumni Huw Rees-Jones and Mary Lansden Brewbaker’s startup business, Good Grounds Coffee Co., which sells coffee produced by former fighters and war widows in the Democratic Republic of the Congo. Their coffee is now being sold in several specialty coffee shops in the United States (including Mudhouse Coffee Roasters in Charlottesville) even as the couple continues to seek new partnerships with investors and nonprofits.

For almost 20 years, the Congo has been mired in one of the bloodiest conflicts since World War II. More than 5 million people have died; job opportunities are scarce and many Congolese are forced to become paid fighters just to support their families.

Companies like Good Grounds, partnering with local farmers’ cooperatives, provide a viable alternative, helping former fighters farm and sell coffee in exchange for handing their weapons over to the United Nations.

Rees-Jones and Brewbaker, who graduated in 2014 and married a year later in Charlottesville, heard about the cooperatives from a business partner in Kigali, Rwanda, where they live. One cooperative, based on the Congo’s Idjwi Island, was struggling to sell its coffee and pay its 5,000 farmers after the coffee market crashed in 2015. 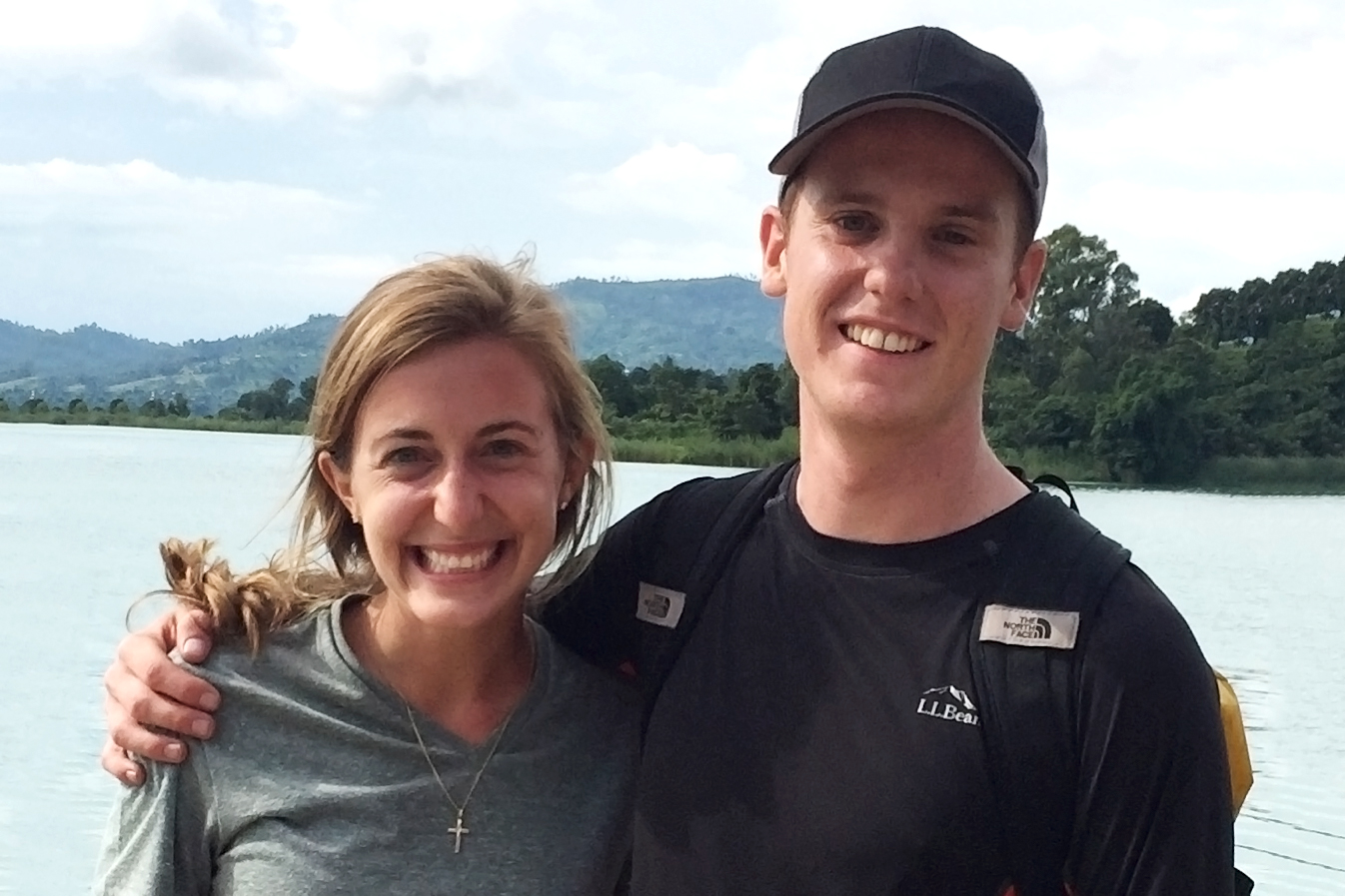 Some of the farmers were in danger, making desperate, treacherous journeys across the jungle to smuggle coffee into neighboring countries like Rwanda, where coffee exports are more widely known and trusted by international buyers.

“A lot of Congolese coffee has been exported under other countries’ names, because Rwanda and other nearby countries have better reputations for very good coffee,” said Brewbaker, who studied economics and religious studies at UVA. “Congo does not have that reputation yet, even though the coffee is of the same quality.”

The couple wanted to help and in late 2015 traveled to Idjwi Island to meet with the cooperative. Farmers gave tours of their fields and shared how farming coffee had helped them build brick homes for their families and feed and clothe their children, all without resorting to war. 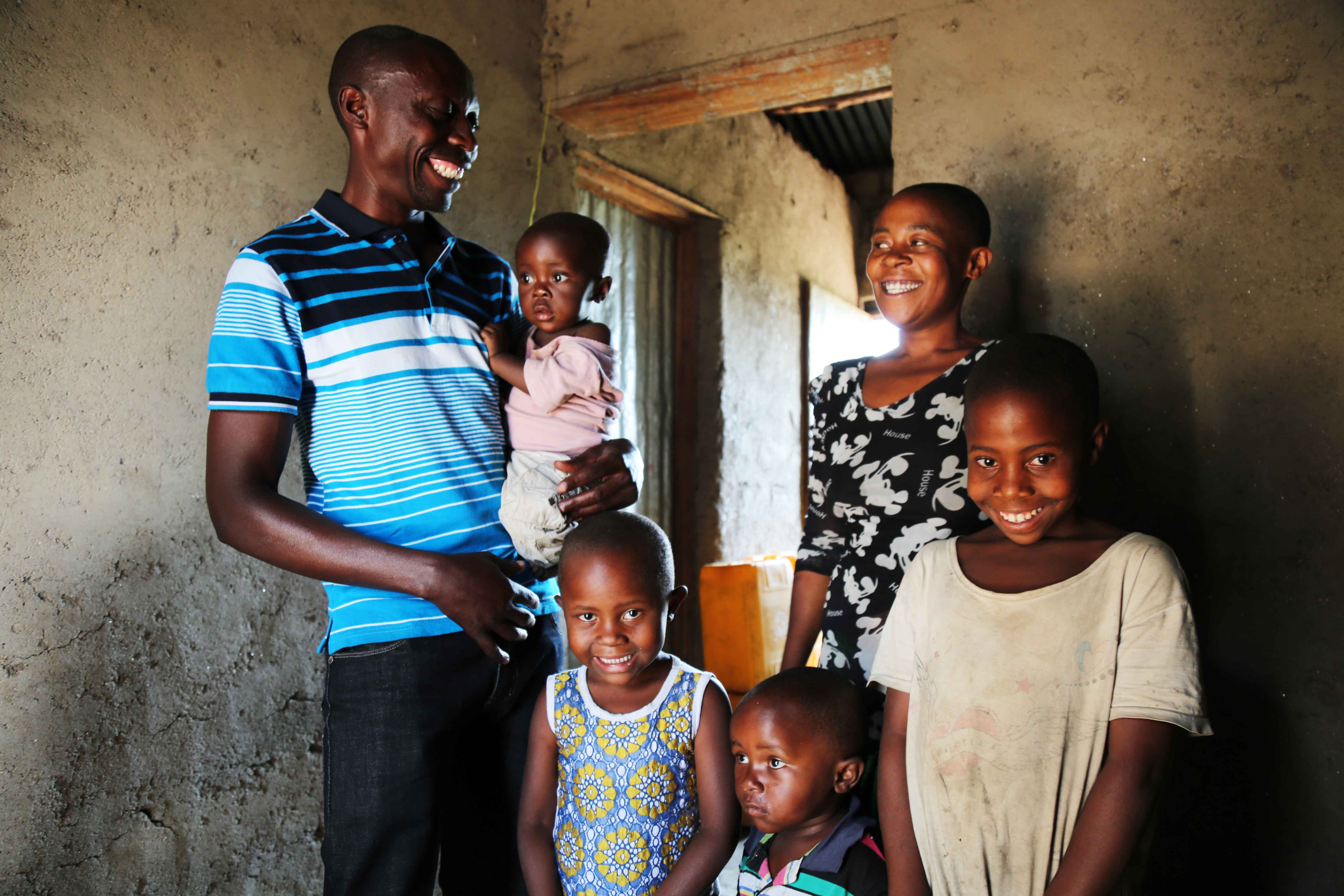 Impressed and inspired, Brewbaker and Rees-Jones decided to take a risk. They agreed to fund the cooperative’s operations for one year, buy the coffee it produced and export it out of the Congo. With that agreement, the farmers would be paid and could continue farming while the newly formed Good Grounds Coffee Co. looked for ways to sell roughly 12,000 kilos of coffee to wholesale importers and coffee shops.

“We knew that we had contacts in the U.S., as well as financing and management experience. If we brought that to the table, and they had the farming expertise, we thought we could probably move more of the coffee along,” said Rees-Jones, who earned his degree in foreign affairs.

Brewbaker resigned from her consulting job to build the fledging company, developing a website and marketing plan and making several trips to the U.S. to go door-to-door pitching the business to coffee roasters and shops. Rees-Jones, who works in renewable energy development with East African Power, also made sales trips and did all he could to help during his off hours. Dan Klinck, the colleague who first told the couple about the cooperative, is also a partner, and the third member of the team.

About a year later, Good Grounds has sold coffee to shops including Mudhouse, Blanchard’s and Ironclad Coffee Roasters in Richmond. Blanchard’s sells its coffee in Whole Foods chains and other coffee shops around the Southeast, further expanding Good Grounds’ reach. Family and friends have also spread the word on social media and bought small bags directly from the Good Grounds website. 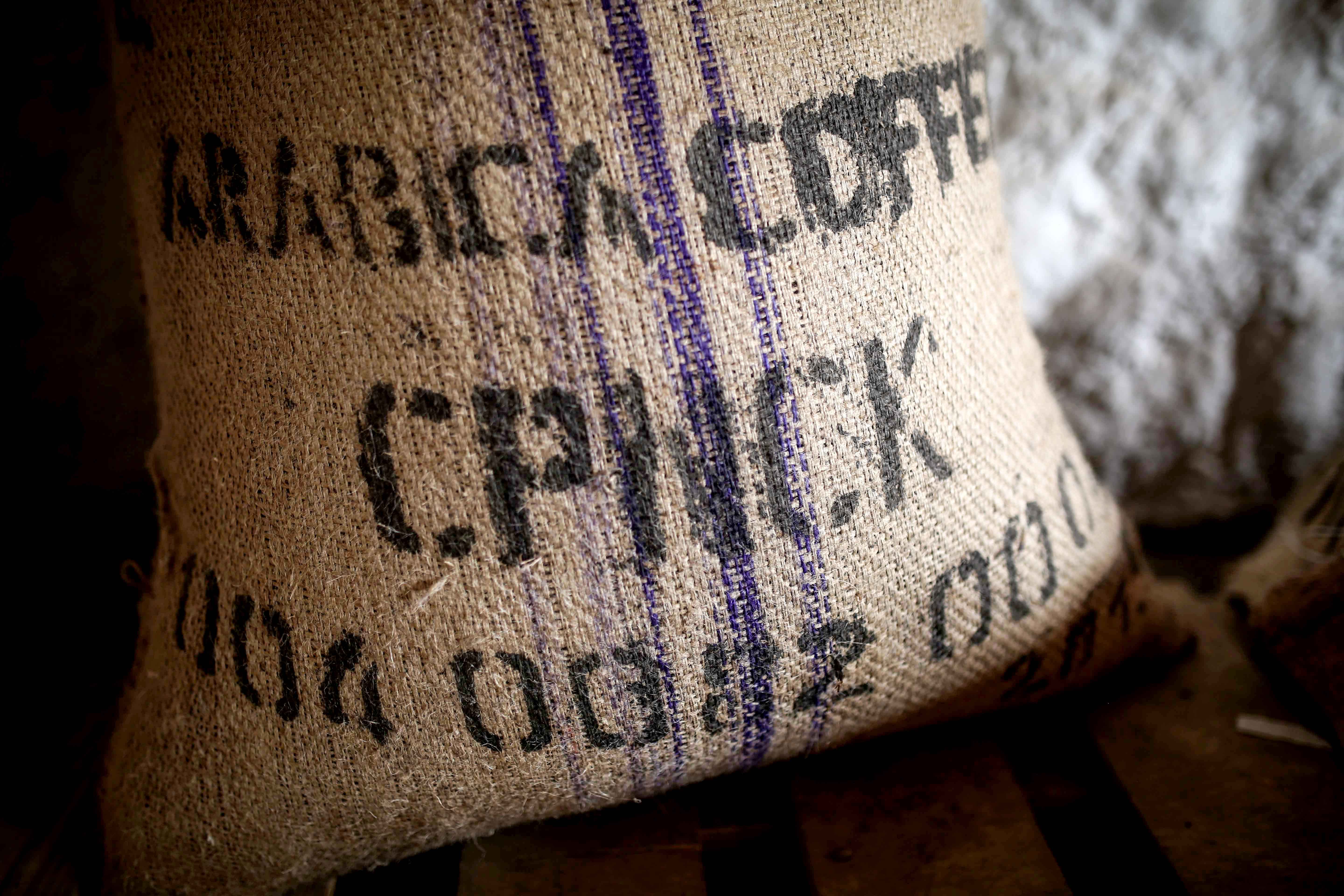 “We assumed a lot of risk, and in some ways it has been more difficult than we expected,” Brewbaker said. “Roasters that have not bought Congolese coffee are often wary of it because it is still a developing market.”

They have offered samples to skeptical roasters and hope that many will become buyers this year. Ultimately, the couple hopes Good Grounds can roast its own coffee and sell directly to shops that do not roast in-house.

“The coffee industry has a lot of middlemen. Between farmers and customers, there could be about six companies that the coffee goes through, and every step makes it harder to pay farmers well,” Rees-Jones said. “We are trying to avoid that process and create a crop-to-cup system to take coffee right from the cooperative to the drinker.”

Despite the obstacles, both agree that seeing the direct impact their efforts have on farmers’ lives is incredibly rewarding.

“I love being able to tell the story of the cooperative, speaking honestly about who they are and what they are doing,” Brewbaker said. “I feel very confident telling someone that they should buy this coffee over a random one that a trader is selling.”

Knowing how impactful each sale is in the lives of the farmers and their families has also driven Good Grounds to explore options for expansion and growth. Currently, Rees-Jones and Brewbaker are finalizing their business plan for this year and planning a move to the U.S. this summer, where Brewbaker will attend business school and work on the business part-time while Rees-Jones assumes a full-time role.

“It will be easier for us to be in the U.S., as we are not involved in the day-to-day operation for the cooperative. We can be on the ground selling in the U.S.,” Brewbaker said. “This year, we have more contacts and exposure and we’re ready to grow.”

What Is the ‘4th Side’? END_OF_DOCUMENT_TOKEN_TO_BE_REPLACED