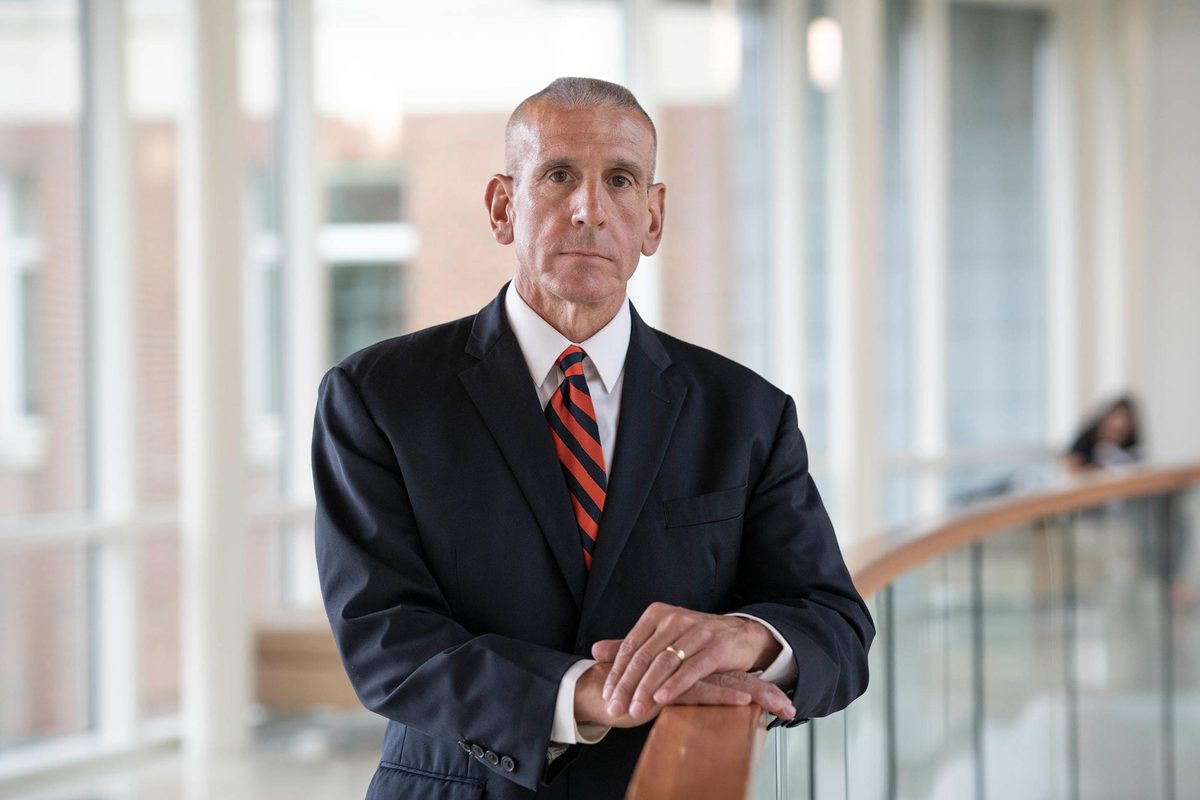 Former Charlottesville Police Chief Tim Longo has been named the University of Virginia’s associate vice president for safety and security and chief of police.

Longo was named interim chief of police in October and soon thereafter took on the additional interim responsibilities of associate vice president for safety and security. The two positions have now been consolidated under Longo.

“During the past few months that Chief Longo has been leading our safety and security efforts, it became increasingly clear that we have exactly the right person in place for both these roles,” University Executive Vice President and Chief Operating Officer Jennifer “J.J.” Wagner Davis said. “He has brought a wealth of experience and strengthened the department and the University through his leadership and community ties.”

Longo said, “UVA has become a second home to me and I’m thrilled to have this opportunity to continue working with the great team in place here. I am eager to build on the work that began in recent years to develop a comprehensive safety and security program that is positioned to meet the evolving needs of the University.”

“Over the last few months, I have been incredibly impressed with Tim’s judgment, his experience, and his ability to inspire a sense of calm, even in the most tense situations,” said UVA President Jim Ryan. “It’s clear to me that Tim is the right person for this job, and I am grateful that he has accepted a permanent position with UVA. I look forward to continuing to work with him.”

Longo retired as Charlottesville’s chief of police in 2016 after 15 years in the job and joined the faculty of UVA’s School of Continuing and Professional Studies.

What’s Next for UVA’s Class of 2022? END_OF_DOCUMENT_TOKEN_TO_BE_REPLACED