University of Virginia Summer Course Explores the History of Jesus 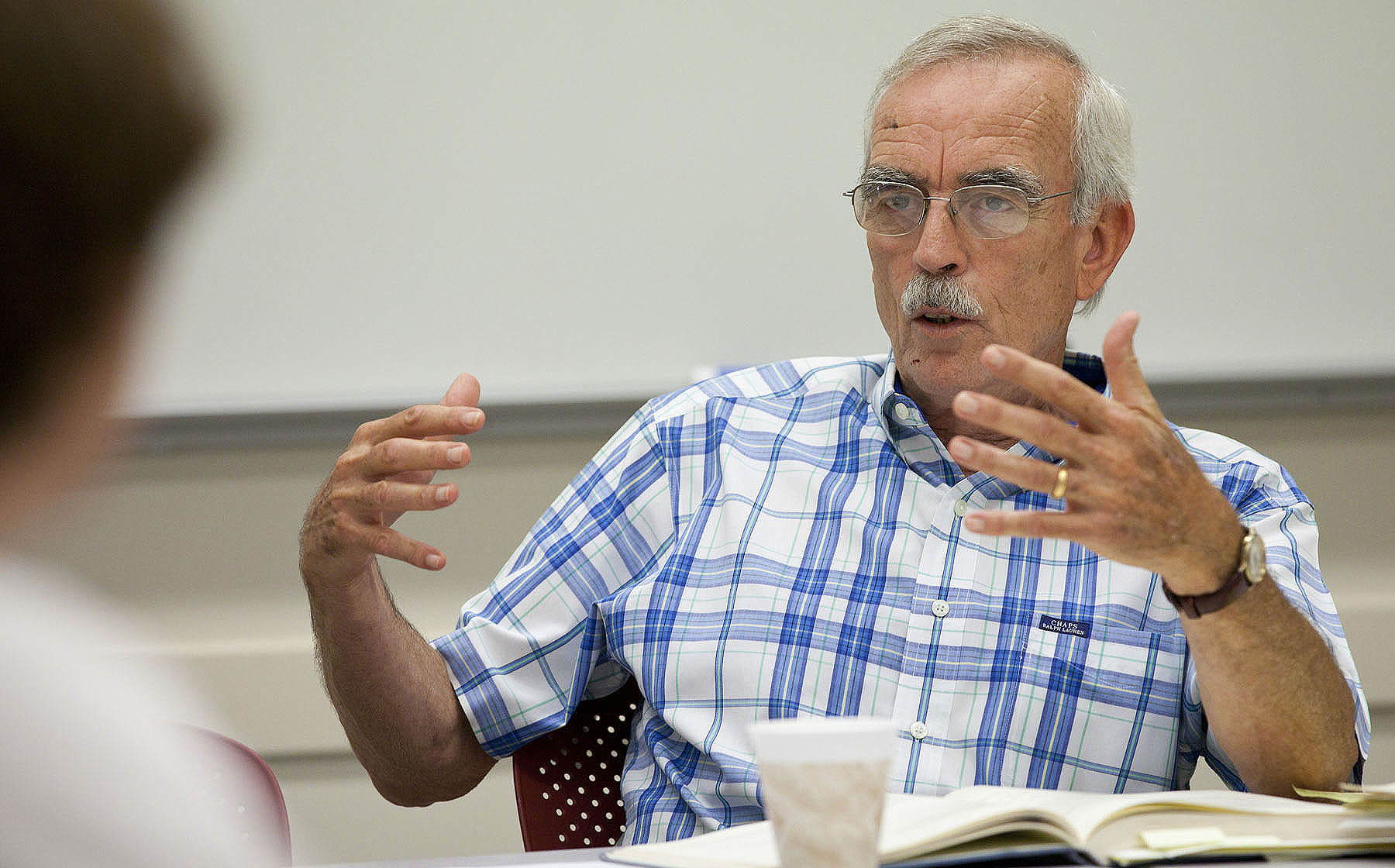 Religious studies professor Harry Y. Gamble asks that question periodically in his class examining the historic Jesus, offered at the University of Virginia as part of the summer session.

“It is hard to argue with the significance of Jesus of Nazareth as one of a handful of the most influential people who ever lived,” Gamble said. “All religious founding figures are intrinsically interesting because their lives have had such historical consequence.”

But while Jesus is revered as a religious figure, Gamble’s course looks at him as a historical figure, before and apart from Christianity.

“First of all, he was not a Christian,” Gamble said. “A historical description would list him as a first-century Palestinian Jew. We try to make sense of him within this context and that's not easy to do, because the vast majority of information we have about him comes from the early Christian gospels.”

Gamble’s students familiarize themselves with the literature of the period, including texts, such as the Gospel of Thomas, that are not included in the canon of Christianity.

“There is a good deal of historical information, but these are not just journals, they are interpretive religious accounts,” he said. “We need to learn how to filter out the historic information from the religious bias of the literature. Once we have done that, we look at what we know independently.”

This includes archeological records, as well as Jewish history written at the time.

“We look at the social and cultural and political environment and make a historic reconstruction within the context of Judaism,” he said. “How does Christianity emerge? Initially it was not a new religion; it was just a kind of Judaism. It was only over time that it became a new religion.”

“Why did he meet the fate that he met?” Gamble asks. “What led to that outcome? If he was as kind and compassionate and tolerant as they said, why was he treated as a criminal? Looking broadly at the history and literature of the early Christianity, the question is ‘What was it about Jesus that Christianity resulted?’”

Gamble wants his students to have a greater appreciation of the relationships between Jesus, Judaism and Christianity.

“They should have a better understanding of the possibilities and limitations of biblical interpretation,” he said.

He also wants them to have a better grasp of ancient history, since much of what is modern society is founded in antiquity.

“These are the seminal sources of our own culture,” he said.

Meet the New Cavalier on Horseback: She’s Eager To ‘Carry On a Legacy’ END_OF_DOCUMENT_TOKEN_TO_BE_REPLACED

Monkeypox Is Spreading, But University’s Risk Believed To Be Low END_OF_DOCUMENT_TOKEN_TO_BE_REPLACED

Virginia Football – For All Virginia END_OF_DOCUMENT_TOKEN_TO_BE_REPLACED