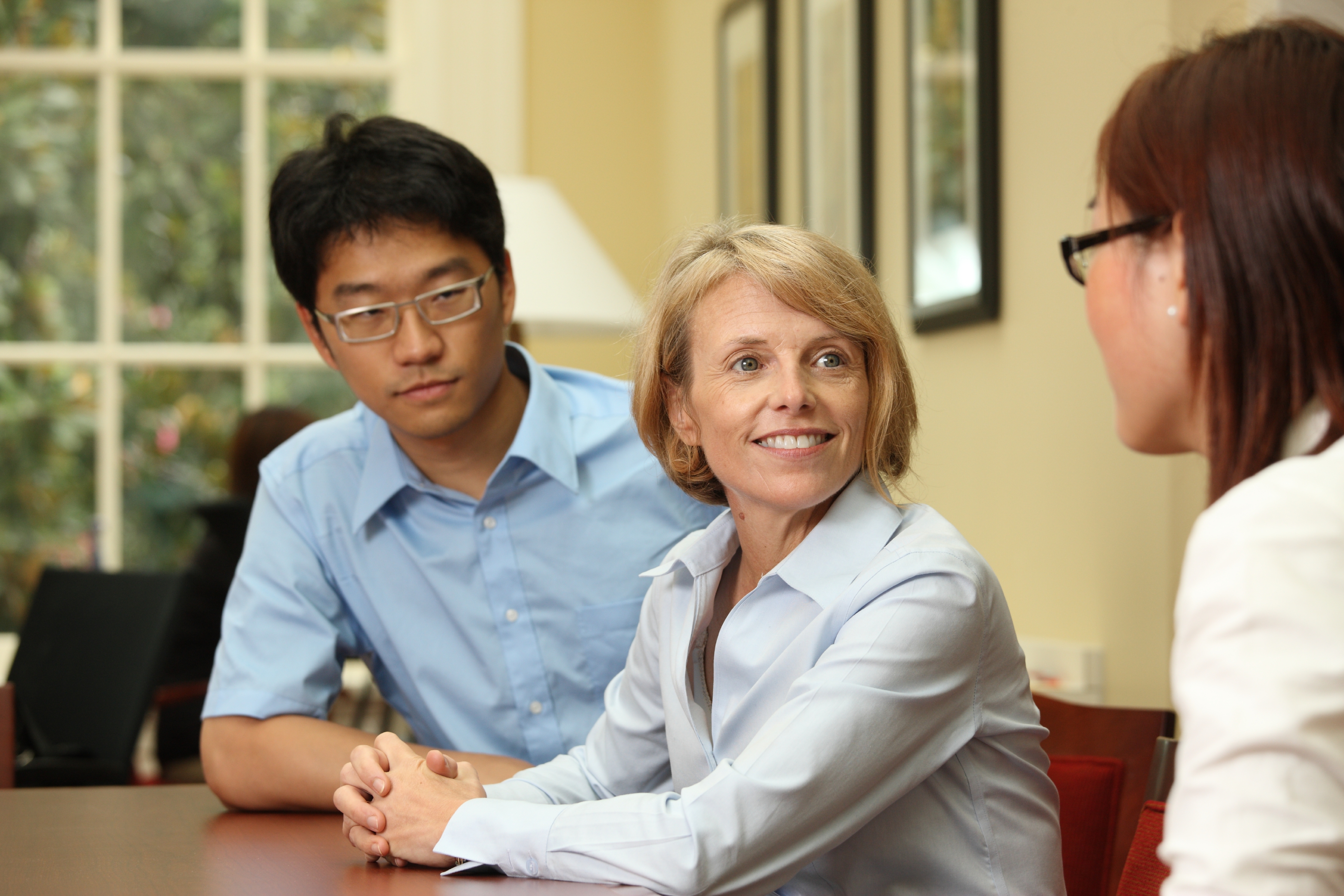 Employment numbers from the McIntire School of Commerce offer one encouraging sign among many as the University of Virginia’s Class of 2015 prepares to officially enter the job market.

Approximately 87 percent of undergraduate students graduating from the Commerce School have accepted full-time employment or have received an offer they plan to accept, with an additional 4 percent attending graduate school or not entering the job market. Compensation has increased by approximately 10 percent from last year’s average base salary of $64,352. These numbers are preliminary and likely to increase as more students report offers.

Business-school recruitment is perhaps the easiest to measure at this time, as companies typically follow a set recruiting pattern, attend early events like the Commerce Career Day, and make early employment offers. Other schools are still collecting employment data from students, but several initial metrics point to a rosier outlook for the Class of 2015.

The number of companies traveling to Grounds to recruit undergraduate students from all schools increased by 24 percent this year, accompanied by a 16 percent increase in the total number of on-Grounds interviews. Employer career fair participation increased by roughly 28 percent for both the Fall and Spring Job and Internship Fairs, according to Everette Fortner, U.Va.’s associate vice president of career and professional development.

The 96.6 percent legal job placement rate reported by the School of Law, recently ranked No. 3 on Bloomberg’s list of “The 10 Law Schools Most Likely to Make You a Lawyer,” far exceeds the 60 percent average reported by the American Bar Association. In the federal sector, the Frank Batten School of Leadership and Public Policy has more graduates than any other public policy school entering the Presidential Management Fellows program, the federal government’s flagship leadership development program.

In the School of Nursing, 75 percent of students graduating with a Bachelor of Nursing degree currently have job offers or graduate school plans. Senior Assistant Dean for Academic and Student Services Theresa Carroll expects that number to increase to 100 percent by the end of August, as has been typical in past years.

These metrics reflect measured progress on a macro level, as the national economy continues to shake off the vestiges of the recent recession. An April report from the National Association of Colleges and Employers found that U.S. employers plan to hire 9.6 percent more new graduates from the Class of 2015 than they did from the Class of 2014, building on an 8.6 percent increase the previous year.

Employers hiring humanities graduates often focus on just-in-time hiring, making it more difficult to gather employment statistics before graduation. However, Fortner expects the improving economic climate to benefit students targeting industries that typically hire in the late spring or early summer, such as media or technology. University Career Services offers a number of programs supporting these students, including a post-graduation job summit May 20, the support of dedicated career communities throughout the year and key career connections through Virginia Alumni Mentoring.

This summer, U.Va. will launch a University of Virginia Internship Center to help students facilitate internship opportunities, which are playing a growing role in hiring decisions. In the Commerce School alone, 81 percent of this year’s graduating class held internships last summer. Many of them are returning to the same employer full-time.

“Internships are the entrée into the work world,” said Tom Fitch, the Commerce School’s associate dean for commerce career services and employer relations. “Employers hire students for the summer, evaluate their value and success, then convert the top candidates to full-time hires.”

Last year, 96 percent of Commerce graduates were either employed or in graduate school by August. Fitch attributes this figure – and this year’s strong numbers – to “bright and marketable students,” faculty members committed to successful outcomes, a strong alumni network and career services support.

He also noted that, beyond traditionally popular industries like investment banking, consulting and market research, Commerce students are increasingly interested in analytics and investment management, as well as opportunities in Silicon Valley.

Employers, he said, are looking for strong communication skills in addition to quantitative and analytical skills.

“What differentiates our students is the ability to work well in groups,” Fitch said. “Knowing group dynamics and how to negotiate and manage time ensures a successful transition into the work world.”

Fortner agrees, citing the University’s tradition of student self-governance as a major advantage in the job search process.

“U.Va. students are client-ready or customer-ready. They work so hard, are involved in so many things here and are anxious to go in and make a difference,” he said. “They are ready to hit the ground running.”

Here Is What You Need to Know About the New Coronavirus Variant, Omicron END_OF_DOCUMENT_TOKEN_TO_BE_REPLACED

Fall Is in the Air on Grounds END_OF_DOCUMENT_TOKEN_TO_BE_REPLACED

Meet the Cats and Dogs Your CVC Donation Supports END_OF_DOCUMENT_TOKEN_TO_BE_REPLACED