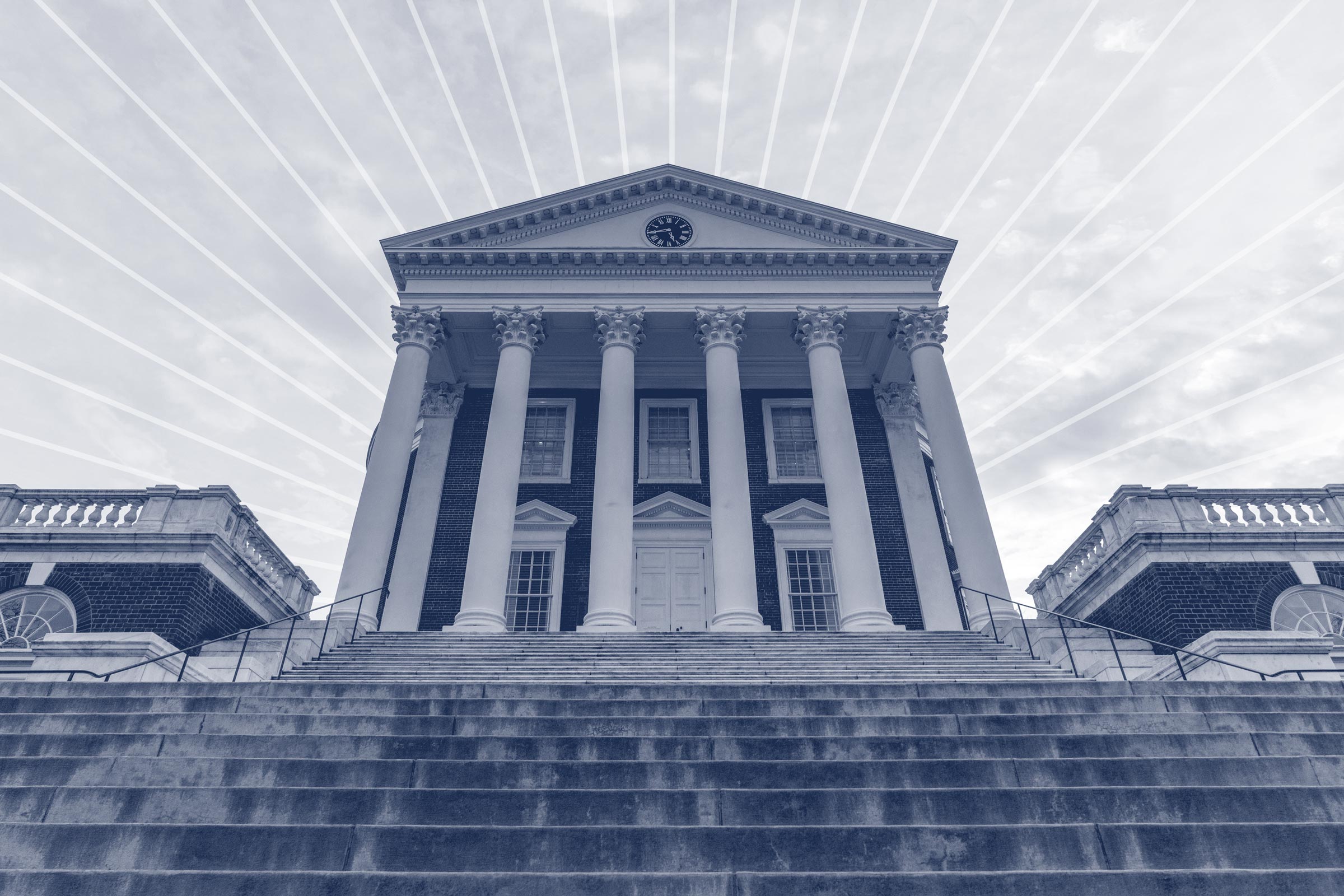 The University of Virginia has moved up in the annual rankings of colleges and universities published by U.S. News and World Report.

Princeton University and the Massachusetts Institute of Technology are the top two institutions overall.

UVA remains the 25th-best university overall for the second year in a row, after climbing two spots in the 2021 rankings. It is the highest-ranked university among all Virginia institutions, public or private.

In the overall category of graduation and retention, combining those related metrics, UVA is the top public university in the country and ranked No. 11 among all public and private universities.

U.S. News considers six factors in its ranking, including “outcomes” like graduation and retention rates. UVA continues to have an excellent first-year student retention rate of 97%; the graduation rate is 94%. Again this year, UVA graduated 90% of its Pell Grant recipients, whose family incomes are typically less than $50,000 a year.

In other U.S. News rankings, UVA is among the best schools for veterans, staying at No. 9 again this year. U.S. News also ranked UVA’s undergraduate business program eighth in the country. It found UVA has the No. 10 public undergraduate nursing program, in a multi-university tie.

UVA remains one of the only public universities to meet 100% of every undergraduate student’s financial need and offers admission to students with no consideration of a family’s income.

During President Jim Ryan’s tenure, the University has significantly expanded its financial aid program so that more lower- and middle-income students can afford to enroll. Under the “SuccessUVA” initiative, for example, Virginia families earning less than $80,000 per year can send their children to UVA tuition-free, and UVA will also cover tuition, room and board for students from Virginia families earning less than $30,000 per year.

Just last September, Ryan announced the University would invest $50 million in additional matching funds to the Bicentennial Scholarship Fund to further increase access and affordability for undergraduate students with financial need and for merit-based scholarships.

Since its establishment, the program has paired donor contributions with institutional matching funds to establish more than 500 endowed scholarship funds for undergraduate and graduate students.

These commitments to excellence and affordability have strengthened UVA’s ability to recruit and support extraordinary students from all walks of life. Among the first-year students who enrolled last month, 16% will be the first in their families to graduate from college, and 36% qualified for need-based aid, including more than 900 from middle-income households.

U.S. News relies on self-reported data from schools from fall 2021 or prior year reporting on which to base its rankings.