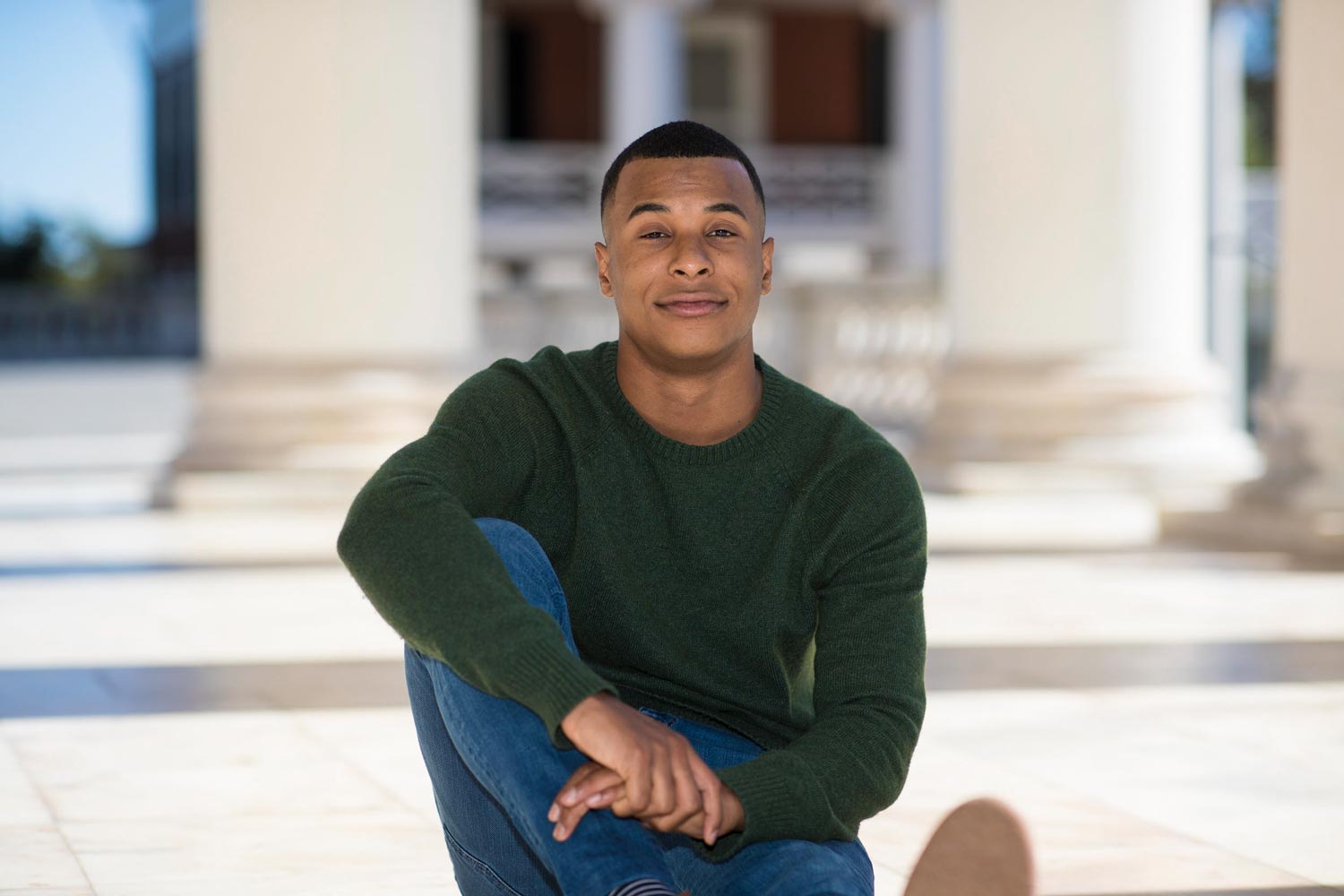 Daniel Autry stopped going to many of his University of Virginia classes. All he wanted to do was sleep; it seemed like the only remedy for the “traffic jam” taking place in his brain.

The congestion started in high school when he began experiencing symptoms of what he would later learn was social anxiety. Now, as he tried to acclimate to college – time-management challenges, new social circles, unexpected happenings on Grounds and around Charlottesville – it snowballed into something he couldn’t get a handle on.

It was something nobody ever talked about in his predominantly African-American Dallas suburb. Something he didn’t know anything about. Something he was afraid to say out loud.

And it was slowly crippling Autry.

“One thought kind of leads to the next,” Autry said, “and it gets to the point where you don’t even remember what you were worrying about in the first place.”

This was Autry’s “breaking point.”

After a highly publicized incident in which a fellow African-American student was bloodied during an arrest on the Corner, Autry – then a second-year student – saw a message from the University that encouraged students who needed help to reach out to UVA’s Counseling & Psychological Services. Autry had been affected by the incident, and the invitation led to an opportunity to find answers for his deeper issues.

Finally talking to somebody about what he was feeling was a turning point.

“It didn’t help me overcome depression; I’m still battling that every day,” Autry said. “But it helped me understand what was going on. That’s a very big step to make – understanding that you have a problem and understanding some of the triggers that break you and things you can avoid.”

Four months after graduating from UVA in May, Autry, now 22, is on a mission to help students avoid reaching their breaking points. He turned down a potentially lucrative job on Wall Street to work on a project that he hopes to turn into a mental health app. Through a new Elliewood Fellowship at HackCville, Autry has spent the last two months talking to college students and people in the mental health sector.

“The hope is to create an app that gives college students some idea of what mental illness is,” Autry said. “A lot of students only see a counselor when they reach that breaking point. What are things that can help you every day so that you don’t have to get to that point?”

In discussions with the National Center for Collegiate Mental Health, Autry learned that far more students want to talk with counselors than there are counselors. So part of Autry’s solution is to try to reduce demand through a series of tips and concrete steps students can take before being incapacitated by depression.

“Students might need a counselor if they have a diagnosable illness or are a serious threat to themselves or something like that,” Autry said, “but if they just need somebody to figure out how to manage their time better or reduce a stress so that they can feel better about themselves, hopefully technology can do that.

“We’re not trying to replace therapy or put counselors out of business or anything like that, because it’s not a replacement for therapy – it would be impossible to actually put what they offer into an app – but the idea is that this can be a supplement as well as a preventive measure that everybody can benefit from.”

Autry believes there are a lot of students who don’t know how to manage their time well, which can lead to bigger issues.

“I think a big part of it is, ‘How do you cope with things? How do you respond to things in your life?’” he said. “For me personally, when I had all this added stress with things I was already going through, I responded poorly and it broke me.

“I think there are a lot of students who can prevent that from happening by figuring the triggers out earlier or just knowing how to respond to things better.

“If I had known how to manage my time effectively, I don’t know if that would have prevented my anxiety – because I still had a lot of anxiety from high school – but I think it would have made it less severe.”

Autry has identified several things he can do when he is going through a tough period. They include not overcommitting himself to too many tasks, talking things through with friends and appreciating the “little things” that make him happy, such as music.

Two of Autry’s close friends, Evan Lesmez and Shafat Khan – who have known him since they were all first-year students – said Autry has been an inspiration in their own battles with depression.

“I made it through by having Daniel and Shafat to not only talk about these things with, but also help me get out of my bed or even join me there just for the company,” Lesmez said. “Each of us has gone through our own internal battles just like many others out there, but we were lucky enough to have each other to help share the burden and distract each other from our own heads.

“Some of the best times of my life have been where we join in together on impromptu dance parties and just let our minds go blank. Depression and anxiety are sort of like negative noise in your head, so we depend on each other to either help quiet it down or make louder noises that overshadow it.”

The son of a pastor, Autry said there was a stigma about mental illness in the African-American community where he was raised.

“A big part of it was, ‘You just have to be tough, strong,’” he said. “We had this persona where you don’t show any weakness at all. I think a lot of that is a natural defense mechanism to what we’ve experienced in the past. In a lot of ways, I understand why the stereotype exists, but at the same time it makes it hard. I was having a real problem, but didn’t know the best way to show it to people. People see you as soft, weak, not black.

“But I think people in the black community are starting to express themselves in different ways now. I think it’s becoming more OK to talk about your weaknesses and how you overcame them.”

Since he has gone public with his depression, Autry said he has received an outpouring of support. “I’ve had a lot of friends reach out to me from back home and tell me, ‘Man, I’m really glad that you’re tackling that stereotype because that’s a really big thing that I struggle with, too.’”

Autry was one of the first people Khan – who didn’t know a soul after arriving from Bangladesh – met at UVA.

“As someone who is not as comfortable talking about my struggles with depression, Daniel just seems to get it,” Khan said, “and his ideas on solving this untapped space is so relatable, which is why I am so excited for his progress and next steps.”

Autry, who earned his UVA degree in computer science, hopes to have a prototype for his app completed within the next two months.

“I’ve realized some of the things I can do to make myself better,” he said, “and can now hopefully share my experience in the form of technology.”

It’s Copperhead Season in Virginia. Here Is What You Need to Know END_OF_DOCUMENT_TOKEN_TO_BE_REPLACED

What’s Next for UVA’s Class of 2022? END_OF_DOCUMENT_TOKEN_TO_BE_REPLACED