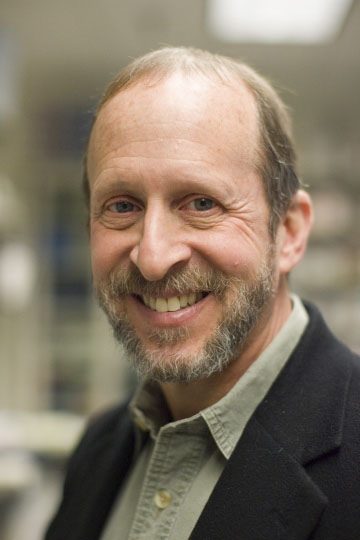 Listen to the UVA Today Radio Show report on this story by Jane Ford:

April 28, 2011 — George S. Bloom, professor of biology in the University of Virginia's College of Arts & Sciences, has been awarded a $100,000 grant by Cure Alzheimer's Fund to continue his groundbreaking research on Alzheimer's disease.

The most common cause of dementia in the elderly, the disease currently affects 5.2 million Americans and their families.

Bloom will use the grant to continue his studies on a strain of antibodies thought to be able to recognize the proteins associated with Alzheimer's.

"Dr. Bloom's research is making great strides in the quest to better understand and treat Alzheimer's disease," Tim Armour, president and CEO of Cure Alzheimer's Fund, said. "We believe his lab's groundbreaking work could lead to further treatment options, giving hope to the millions of people and their families living with Alzheimer's."

Bloom, who holds a secondary appointment in the Department of Cell Biology in the School of Medicine, said the grant will allow him and his lab to continue their investigation of the building blocks of beta-amyloid and tau, the proteins associated with Alzheimer's disease.

These building blocks, called oligomers, range in degrees of toxicity, and Bloom's research has identified a highly malignant and self-replicating strain.

Charles G. Glabe of the University of California, Irvine recently developed a new collection of antibodies that are able to identify multiple proteins associated with Alzheimer's. The antibodies have been shown to identify unseen lesions in the brain caused by Alzheimer's disease. Bloom will conduct research to determine if any of the Glabe antibodies recognize the beta-amyloid or tau oligomers that his team identified and whether the antibodies can prevent their formation.

Bloom expressed his gratitude to the Cure Alzheimer's Fund. "Their support and vision of the critical role research plays in better understanding Alzheimer's will move us closer to new diagnostic and therapeutic tools and eventually to a cure for this disease," he said.

"This grant gives an important boost to Professor Bloom's research," said Meredith Jung-En Woo, dean of the College of Arts & Sciences, "and will lead to deeper understanding of Alzheimer's disease throughout the medical community."

Over the past 10 years the federal government's investment in Alzheimer's research and education has decreased. Since its inception in 2004, the Cure Alzheimer's Fund has raised more than $17 million and invested all of it directly into research. The fund has no endowment and no financial or intellectual property interest in the research funded, and will make known the results of all funded research as soon as possible.

"The groundbreaking work of Dr. Bloom and his team's collaboration with Dr. Glabe's at UC-Irvine is a very encouraging step forward in Alzheimer's research," Armour said. "Research is critical to finding a cure and better treatments, and Cure Alzheimer's Fund looks forward to more achievement and success from the University of Virginia and Dr. Bloom's team."

Dr. Steven T. DeKosky, vice president and dean of the U.Va. School of Medicine and himself a renowned Alzheimer's researcher, said, "With our aging population, the cost of Alzheimer's care – both in financial and emotional terms – is fast becoming a major burden for families and society. Support for research and care is vital if we are to meet these challenges. We are grateful to Cure Alzheimer's Fund for their recognition of Dr. Bloom's work."

Based in Boston and Pittsburgh, Cure Alzheimer's Fund is a 501(c)3 public charity whose mission is to fund research with the highest probability of slowing, stopping or reversing Alzheimer's disease. Cure Alzheimer's Fund is characterized by a venture approach to philanthropy, which targets funding to specific research objectives. All expenses and overhead are paid by its founders and all contributions go directly to research.

Class of 2020: Memories and Moments From a Long-Anticipated Celebration END_OF_DOCUMENT_TOKEN_TO_BE_REPLACED