UVA Clubs Around the World Go Virtual, and Discover a Whole New Audience 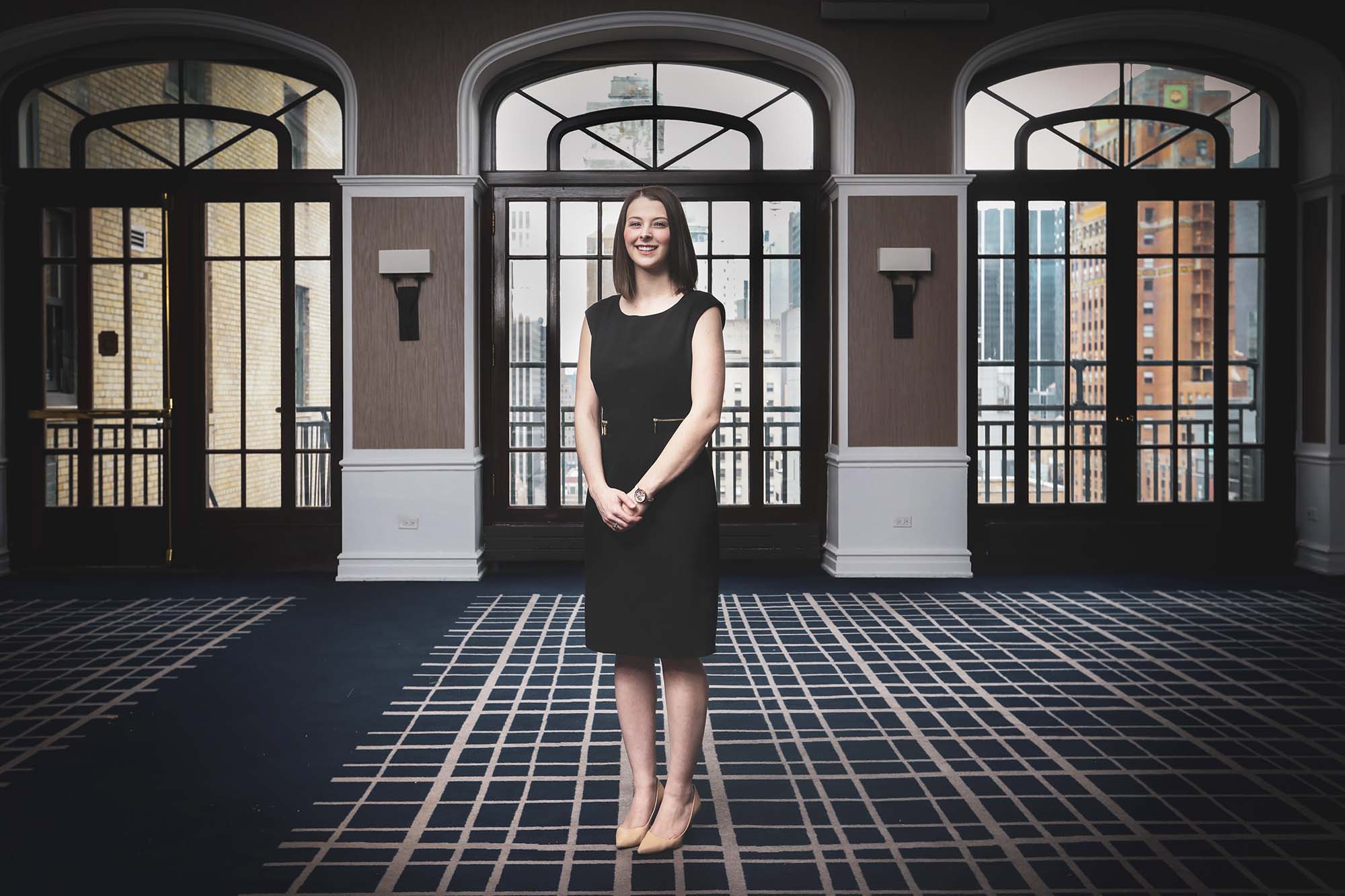 Amelia Wald, a 2019 alumna, has organized a slate of virtual events in her role as executive director of the Virginia Club of New York. (Contributed photo)

Prior to the COVID-19 pandemic, the Virginia Club of New York had a slate of spring and summer events scheduled for alumni in the area, one of which was attending a basketball game of former University of Virginia star Joe Harris, now a member of the NBA’s Brooklyn Nets.

But when the city began shutting down and a state of emergency was declared, well, the club, like many organizations and people around the world, had to pivot.

Somewhat unexpectedly, the club’s events – many of which, prior to the pandemic, were held at the Yale Club of New York City – have turned into huge online hits.

The club’s centerpiece pandemic initiative has been “Hoos in the Know,” which are virtual alumni panels on a variety of industry-specific topics. They have included “The Present and Future of Food and Beverage,” “Healthy Buildings and Indoor Wellness” and “Tech in the Time of COVID.”

Other virtual events have included sessions on yoga, wine and a discussion on the hit Netflix show “Tiger King.”

“Going virtual has allowed us to reach alumni who have never, or rarely, been able to attend our events,” Wald said. “Many of our NYC-based alumni have work schedules that did not allow them to attend our events. But by removing the commute factor, they can now tune in to an event. We’ve had alumni from LA to London to Hong Kong attending our events, and it’s been wonderful to see our NYC community grow to include cities around the world.

“The virtual landscape has also allowed us to invite panelists and speakers who are based in cities other than New York, which has added an intriguing perspective to many of our events. We also can now allow more people to attend our events, since we are not restrained by a building’s fire code any longer.”

Other clubs around the world have enjoyed similar success, said Elizabeth Muse, senior director of Global Engagement and UVA Clubs in UVA’s Office of Engagement.

Since mid-March, Muse said UVA Clubs around the world have hosted 148 virtual events for UVA’s alumni, students, parents and friends.

“We moved very quickly and have been able to reach more UVA alumni and friends with our digital programming than ever before,” Muse said.

Yoga, wine and garden tours and in-depth sports discussions, such as this one featuring former Hoos stars Joe Harris and Tiki Barber, are just a few of the virtual events hosted by UVA Clubs during the pandemic.

The Office of Engagement, now in its 15th year as a program within University Advancement, partners with more than 600 UVA Club volunteers to bring the University home to communities around the world.

Muse said its “On-Air with UVA” series alone has reached alumni in 46 countries.

In April, the UVA Club of Charlottesville’s Leslie Keleher Harris gave a virtual tour of her garden that is scheduled to be part of Virginia’s Historic Garden Week in 2021.

In the tour, Harris – who studied horticulture and design at the New York Botanical Gardens – shows her entire garden, including towering tulip poplars, a meandering stream, a large three-section compost area, a knot garden made with propagated boxwoods, perennial borders and 200 azaleas.

Muse said interest in the video, which can be viewed here, has been “extraordinary.”

The circumstances brought on by the pandemic have also led to more cross-collaboration between clubs than in the past, according to Wald.

For example, the Virginia Club of New York and the UVA Club of Washington, D.C., are teaming up to host a sports trivia night on July 23.

Wald planned to attend law school after she graduated with high distinction from the Distinguished Majors Program in History in 2019.

However, at the last minute, the University Place, Washington, native had a change of heart and decided to head up the Virginia Club of New York. Her executive director position at the non-profit is the only full-time job within Virginia’s alumni clubs and has a two-year term.

“I wanted to be in a place where I could feel like I was invested in a community, and it was so apparent to me through the board members who were interviewing me how strong the UVA community in New York was and how integral the Virginia Club is in creating that community,” Wald said.

“And I think that was one of the things that really drew me to the position. … It just felt right.”

When COVID-19 hit, Wald had the chance to go home to Washington state, but elected to stay.

“It was definitely nerve-wracking in the beginning,” she said, “but I didn’t feel like any of that would be alleviated by leaving.”

“I think these two years with the Virginia Club will be two of the most valuable of my life,” she said. “I think I’ve learned lessons and made friendships here that will carry with me the rest of my life. I think this job is an integral part of the person I’m becoming and the person I hope to be.”

Wald said the best part of her job is when she learns that her efforts have led to alumni getting involved with the University for the first time in a long time.

“They’ve said, ‘I love the webinar during my lunch break. It was perfect. I didn’t have to leave my desk because I’m now at home and I could tune in and attend,’” she said.

“It’s really lovely to hear that alumni who have wanted to engage with us are now able to do so.”

While there’s nothing quite like in-person, face-to-face interaction, the unusual times have led to the clubs rethinking the ways they’ll operate when things finally return to normal.

“We will certainly carry the success of the digital programming forward into our future UVA Club programming,” Muse said.