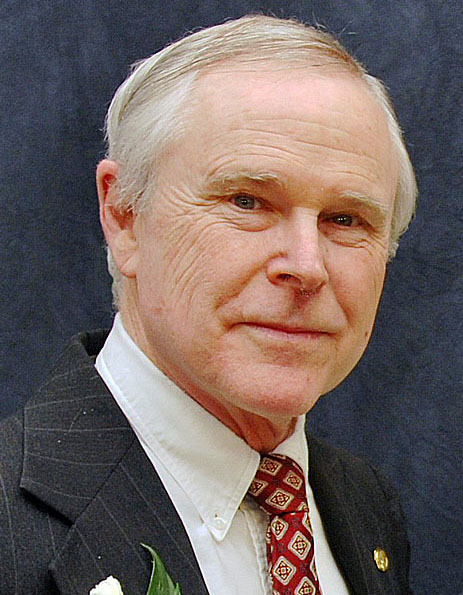 September 13, 2010 — At the end of this year, the U.S. Census Bureau will send to the president its official count of people living in the United States. The report, made every 10 years, will include the total population of the U.S., and population by state, race and ethnicity.

While information on race has been collected since the first census in 1790, the questions asked, the categories provided as possible answers and the consideration of ethnicity as well as race have changed over the years.

On Thursday, Howard Hogan, associate director of the Census Bureau, spoke at the University of Virginia on issues related to counting race and ethnicity. His talk, "Race: Changing Composition, Changing Definition," was sponsored by the Demographics and Workforce Group, part of U.Va.'s Weldon Cooper Center for Public Service.

In addition to providing a brief history of race and the census, Hogan emphasized that, as the racial and ethnic composition of the U.S. changed, the Census Bureau changed the race and ethnicity categories offered as possible answers.

To obtain accurate results, the possible answers to the question "What is your race?" must include names of racial groups and categories people understand, he said. As the American population becomes more diverse, how we categorize and discuss race and ethnicity also changes. For example, place of birth was asked for the first time after the large wave of Irish immigrants in the 1800s. Hawaiian and Aleut categories were provided after Alaska and Hawaii became part of the U.S.

The 2000 census was the first in which respondents could identify themselves as of more than one race. The 2010 census offered more categories for people identifying themselves as Hispanic or Latino.

The 1790 census emphasized distinguishing between whites and slaves, Hogan said, while the 1890 census, influenced by then-popular race theories, asked respondents to identify if they were mulatto, octaroon or quadroon. Jim Crow laws led to the so-called "one drop rule," defining a person with any ancestry of color as Negro. Native Americans were referred to as Indian, until the 1930 census, when the category changed to American Indian.

Until the 1960s, the bureau – which reports to the Secretary of Commerce – developed the definitions for racial categories. Following the passage of the Civil Rights Act of 1960, defining racial and ethnic categories for the purposes of federal programs and legal issues (such as drawing voting districts) was deemed important enough to report directly to the president. Since then, the definitions have been established and periodically updated by the Office of Management and Budget. Their definitions and categories pertain across all government programs and have been revised most recently in 1997, when the decision was made to allow respondents to identify themselves as of more than one race.

It is also important that the categories make sense to people over time. A follow-up study from the 2000 census found that, among a sample of non-Hispanic respondents, 98.5 percent of the whites and 97.6 of the blacks identified themselves in the same racial group three months later. In contrast, only 40 percent of those marking "two or more races" chose the same category in the follow-up study.

People often don't understand why they have to answer race questions on the census, Hogan said, especially since racial and ethnic identity can be both personal and political. While race statistics from the census are used for research and a variety of other purposes, it is the Voting Rights Act of 1965 that requires the census to collect race and ethnicity data. The data is then used in redistricting – setting the boundaries of Congressional and state legislative districts every 10 years.

Hogan described race statistics as a two-way conversation. "There is the data that we need to enforce the law, and then there is the way that people see themselves," he said. "The job of the statistician is to broker these two dimensions and to come up with statistics that are meaningful and at the same time sensitive to personal identity."

In addition to his public address, Hogan met at length with the Cooper Center's Demographics and Workforce Group.

"We have been a vital census partner participating in operations to update the census address list," said Qian Cai, the group's director. "Our work has helped to improve coverage and accuracy of the 2010 census by making sure that every resident is counted."