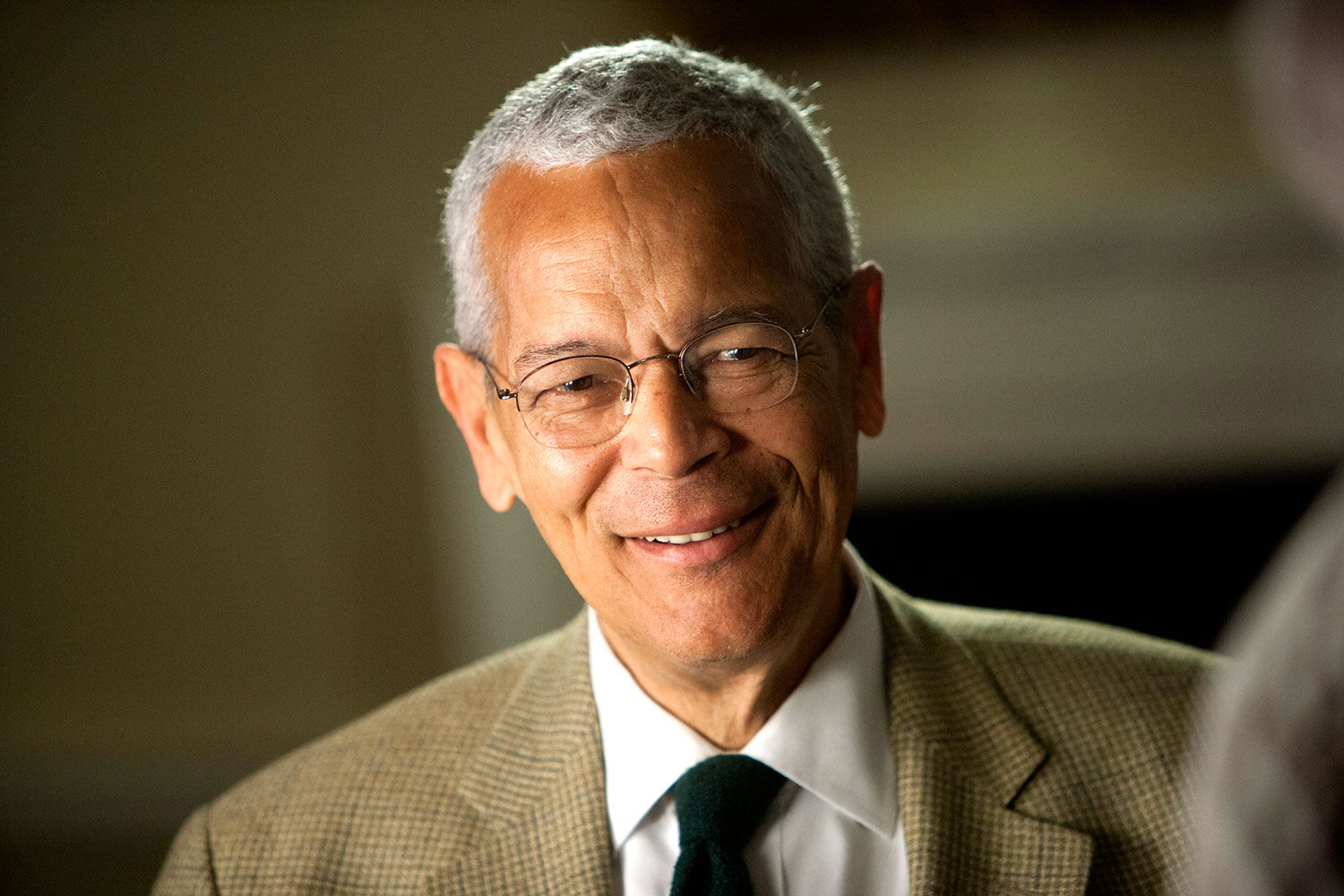 As many as 350 alumni, parents and friends contributed $3 million to endow a professorship in memory of the late civil rights activist Julian Bond, a UVA professor emeritus of history.

The late Julian Bond was one of the most prominent social justice advocates to emerge from the Civil Rights Movement. To honor his legacy and his service to the University of Virginia, where he taught for two decades, a new professorship is being established in his name.

The Julian Bond Professorship of Civil Rights and Social Justice in the College and Graduate School of Arts & Sciences will sustain faculty excellence on the Civil Rights Movement and further the educational work of one of its most distinguished leaders, who died last year.

Ian B. Baucom, Buckner W. Clay Dean of Arts & Sciences, made the announcement Thursday at a symposium dedicated to Bond, “Keep the Movement Coming On,” being held on Grounds through Friday.

"As a driving force for social change for more than a half-century, he had an extraordinary impact on our University, our community and our nation." - UVA President Teresa A. Sullivan

“Julian Bond worked tirelessly to ensure civil rights were extended to all Americans,” Baucom said. “The Bond Professorship will help us attract the faculty talent we need to continue the civil rights education work that Julian Bond championed throughout his life.

“To more fully reflect American ideals, it is important that we support and advance civil rights education. This is a critical part of the UVA student experience – for their own individual flourishing, and for the flourishing of the commonwealth,” Baucom said.

After joining the history faculty in 1992, Bond taught more than 5,000 students who took his popular “History of the Civil Rights Movement” seminar. As many as 350 alumni, parents and friends contributed $3 million to endow the professorship, an idea from Paul Gaston, UVA professor emeritus of Southern history and an early participant in local civil rights activities.

“Julian Bond made significant contributions to the University of Virginia, teaching thousands of our students while serving as a mentor and role model for all of us,” UVA President Teresa A. Sullivan said. “As a driving force for social change for more than a half-century, he had an extraordinary impact on our University, our community and our nation.”

Deborah McDowell, director of UVA’s Carter G. Woodson Institute for African-American and African Studies and chair of the symposium’s organizing committee, has been teaching a series of courses that each focus on one of five years in the 1960s, “50/5: Remembering the Modern Movement for Civil Rights.” The students have used Julian Bond’s papers in the University’s Albert and Shirley Small Special Collections Library as a primary source.

“The Julian Bond Professorship is critically important in centering civil rights, human rights and racial justice in our studies of the human condition,” McDowell said. “It will not only provide greater opportunities for our community to engage innovative scholarship and teaching in these areas, it will also raise the national and international profile of the University as an institution that recognizes the study of race and civil rights as absolutely essential to higher learning. Through rigorous intellectual engagement with past, present and future challenges facing our nation, there is no better way to honor Bond’s lifelong commitment to racial justice and human freedom.”

Between 2000 and 2014, Bond also co-directed the University’s “Explorations in Black Leadership” oral history project with Phyllis Leffler, now professor emeritus of history. Although Bond conducted most of the 51 interviews, Leffler interviewed him in 2002. Their work also resulted in the publication of the book, “Black Leaders on Leadership: Conversations with Julian Bond” in 2014. 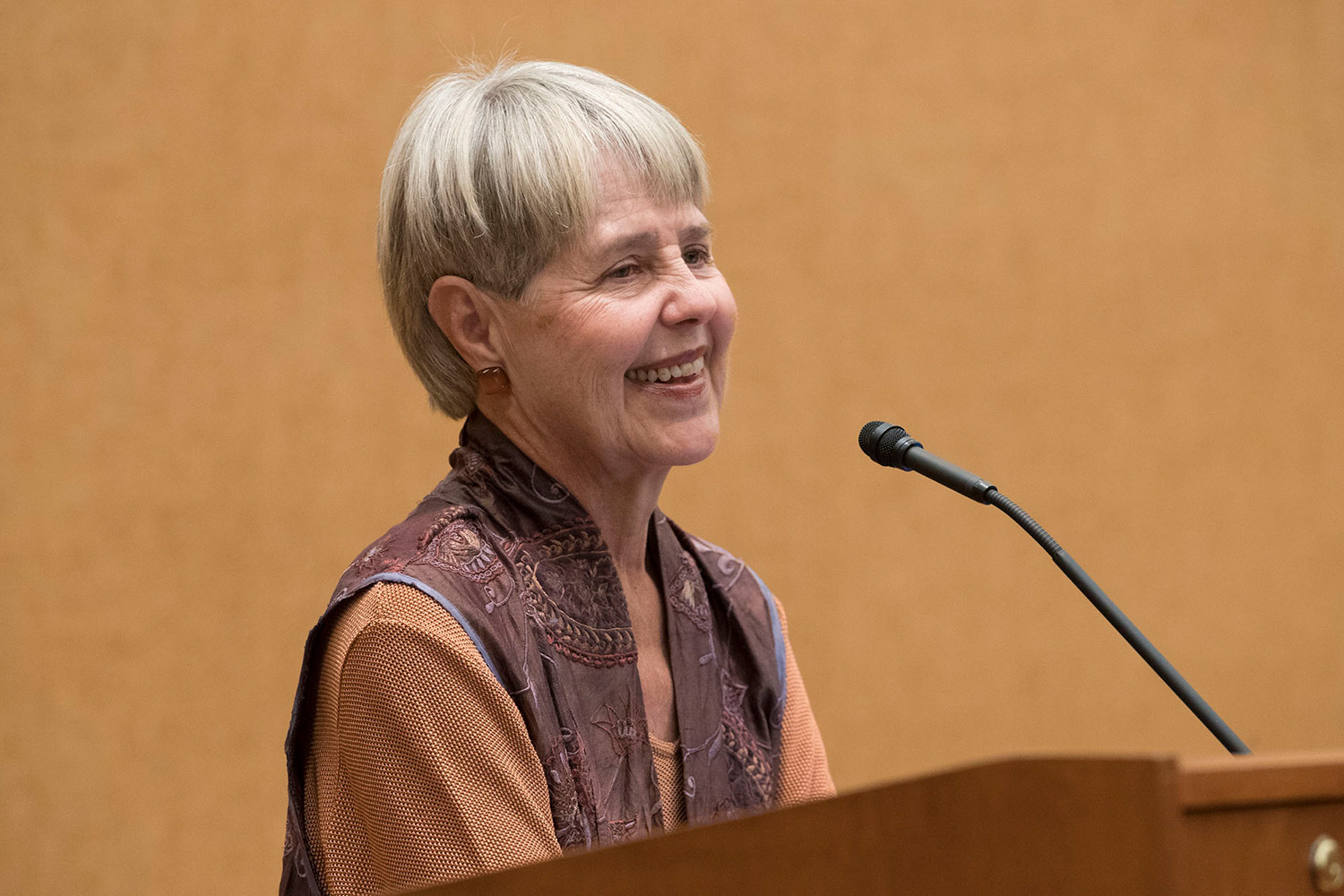 At the symposium, Bond’s wife of 24 years, attorney Pam Horowitz, said that although he never envisioned having an academic career, Bond found an academic home at UVA. (Photo by Dan Addison, University Communications)

“Without him, there would have been no project, because so many of the people who came did so because of their admiration – in some cases, veneration – for him,” Leffler said. “And the exchanges between two people with shared histories, or with shared sensibilities, allowed for incredibly rich interactions and taped discussions.”

Bond continued to contribute to University initiatives as a professor emeritus after his teaching tenure concluded in 2012. In 2014, he led his ninth Civil Rights South Seminar, a popular tour that took participants to Atlanta; Birmingham and Selma, Alabama; and other landmark sites from the Civil Rights Movement.

On Grounds, Dr. Marcus Martin, vice president and chief officer for diversity and equity, invited Bond to be guest speaker at a series of UVA community dinners with faculty and staff.

“It has been our privilege to have lived and learned in the presence of the great Julian Bond,” Martin said. “His legacy will live on because of his rigorous dedication to teaching. We are extraordinarily grateful for his service at the University of Virginia and his dedication to the people of the Charlottesville community.”

Bond’s wife of 24 years, attorney Pam Horowitz, addressed the audience at the symposium, saying that although he never envisioned having an academic career, he found an academic home at UVA. He loved the students, whom he described to her as “smart, curious and committed.”

In a 2012 interview upon his retirement, Bond told Virginia magazine, “I hope [my students] learned that the Civil Rights Movement was a movement of ordinary people, many of them just like these young people who were sitting in my class.”