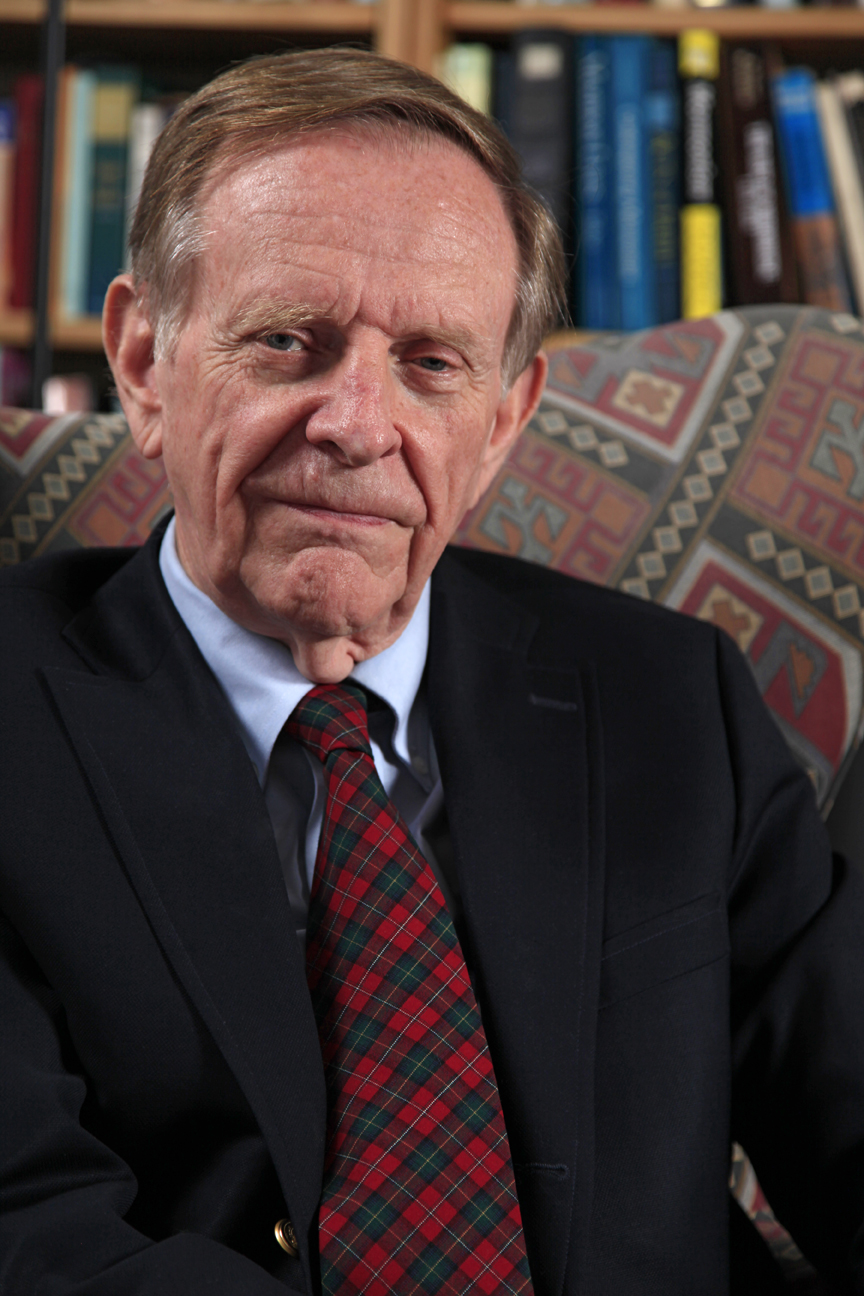 The University of Virginia today announced the establishment of the Richard Lyman Bushman Chair of Mormon Studies in the Department of Religious Studies, part of the College of Arts & Sciences. The new chair will honor Bushman, Gouverneur Morris Professor of History Emeritus at Columbia University, who led one of the first Mormon studies programs in the country.

“We are deeply grateful to our donors for their generosity in establishing this important chair in Mormon studies, which will add a new dimension to our strong research and teaching in religious studies,” said Meredith Jung-En Woo, Buckner W. Clay Dean of the College and Graduate School of Arts & Sciences. “As a permanent source of support for faculty excellence, endowed professorships play a critical role in our effort to recruit and retain outstanding scholars and teachers.”

Pending final approval of the new chair by the Board of Visitors, a search committee will soon be formed to identify qualified candidates and select the inaugural chair appointment for the 2013-14 academic year.

“Three years ago, the department identified Mormon studies as an emerging field that merited serious academic study in the context of other important world religions,” said Kevin Hart, Edwin B. Kyle Professor of Christian Studies and immediate past chair of the department, who led the effort to establish the Bushman Chair. “We have seen growing interest on the part of both faculty and students from a wide variety of academic specialties.”

Hart’s successor as chair, religious studies professor Kurtis R. Schaeffer, added, "The Department of Religious Studies sees the Bushman Chair as a major addition to its program in American religious history in particular, and to American studies at the University of Virginia more broadly. We are especially pleased that the Bushman Chair is named in honor of one of the most important scholars of American religious history of the last half-century. There can be no more fitting namesake to inspire the best scholarship we are capable of."

Bushman said the field of Mormon studies crosses many disciplinary boundaries. “This announcement,” he said, “is a formal response to the emerging interest in Mormon studies from multiple disciplines, including American history, philosophy, sociology and literature. U.Va.’s commitment underscores the value of studying this tenacious American-born religious movement and its now-global impact.”

From 2008 to 2011, Bushman served as the Howard W. Hunter Visiting Professor of Mormon Studies at Claremont Graduate University in Claremont, Calif., the first graduate program of its kind.

“When I accepted the position at Claremont, I knew we were experiencing a fundamental shift in the academic community’s interest in the Mormon experience and perspective,” he said. “That interest has grown exponentially, especially among those not affiliated with the Mormon church.

“Now we will have a center for study here in the East, where the Mormon movement had its genesis. It’s an exciting time for those of us who care deeply about researching the sources of human behavior, motivation, commitment, relationships and expression. ”

Laurie Maffly-Kipp, a professor and chair of the Department of Religious Studies at the University of North Carolina at Chapel Hill, has researched and taught extensively on American religious history. “I became interested in the Mormon experience from studies on the history of religion in the American West. In 1999, I decided to teach a seminar on Mormonism. Many UNC students were interested primarily because they were raised to believe that the religion was a cult, but their experience with Mormon friends and colleagues was not consistent with that stereotype. Their curiosity led them to my class, where we explored the history and cultural context of the movement.

“Over the years, interest has only increased; graduate students also have become intrigued and are doing serious research – working comparatively and weaving a wider, more interrelated intellectual tapestry."

U.Va.’s Bushman Chair is being established with a $3 million endowment funded by anonymous donors. Supplementary donations are being sought to fund student scholarships, special lectures and conferences. (Those interested should contact Gene Schutt, associate dean for development for the College, at gene.schutt@virginia.edu or 434-924-7646.)

The University’s first endowed professorship was created in 1879. Today there are more than 400, including more than 60 in the College. The Bushman Chair will be the sixth endowed chair in the Department of Religious Studies.

As part of a public university, the Department of Religious Studies adheres to the principles of free academic inquiry in a pluralistic setting, and is engaged in continuous conversation with other academic disciplines in the university community, Schaeffer said. It has no relationship with any theological seminary, church body or particular religious tradition.

When Less Is More: How Harnessing the Power of Subtraction Can Add to Life END_OF_DOCUMENT_TOKEN_TO_BE_REPLACED