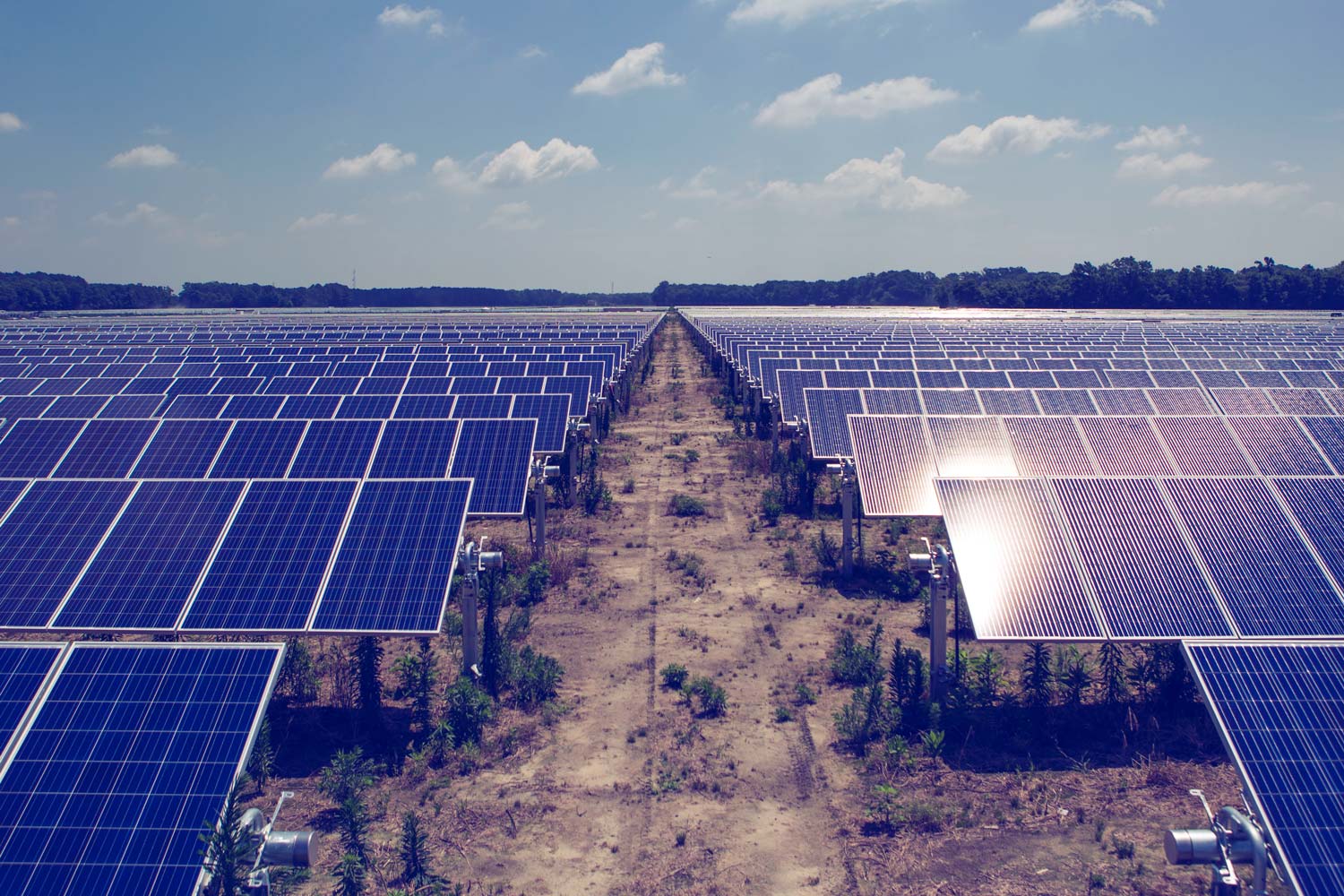 The University of Virginia continues to expand its portfolio of carbon-free power-generation sources and achieve key sustainability targets with another partnership announced today with Dominion Energy.

Under a 25-year agreement, the University will purchase the entire output of a proposed 120-acre solar facility in Middlesex County. The solar facility, developed by Coronal Energy, will be constructed and owned by Dominion Energy. It will produce an estimated 15 megawatts of alternating current, or about 9 percent of the University’s electric demand.

“Once again, UVA is providing public sector leadership on carbon emission reduction and renewable power generation in Virginia,” Gov. Terry McAuliffe said. “This project, along with UVA’s Hollyfield and the Commonwealth’s Oceana Solar facilities, now means we are nearly halfway to achieving the 8 percent renewable procurement goal I set out in 2015. I look forward to working with other public universities to follow UVA’s lead and power their educational operations with renewable energy.”

Patrick Hogan, the University’s executive vice president and chief operating officer, cited the collaboration as an important element in the University’s well-established and growing portfolio of sustainability initiatives.

“Expanding renewable, solar energy in the mix of options the University of Virginia is using will make even bigger strides in our efforts to be efficient, green and sustainable,” Hogan said. “The University is pleased to be working with Dominion Energy in yet another venture.”

“The University of Virginia has been a vital partner as we continue to make significant progress in the development of renewable energy,” said Keith Windle, Dominion Energy’s vice president of business development. “The solar arrays across the commonwealth deliver clean energy for our customers, and the University plays a key role in that effort, as evidenced by how they put their commitment into action.”

The solar facility will enable the University to reduce its carbon footprint by more than 15,000 metric tons a year, as well as reducing more than 19 metric tons of nitrogen output, positioning UVA to meet key sustainability milestones. UVA has pledged to reduce its carbon and nitrogen footprints by 25 percent by the year 2025 below 2009 and 2010 levels, respectively. UVA is the first institution to calculate its nitrogen footprint and set a reduction goal.

Colette Sheehy, UVA’s senior vice president for operations, said the University has a successful track record on sustainability and energy conservation initiatives, and sees this second solar field as a means to help UVA reach its overall target.

UVA’s five-year Sustainability Plan, launched in April 2016, compiled new ideas, as well as feedback generated over several years, while building upon the University’s many existing initiatives, documents and accomplishments to continue to advance sustainability. It puts forth new and existing goals with more than 100 actions to move toward those goals as well as achieve a longer-term vision.

With the Facilities Management’s Delta Force program, which pursues deep energy savings, the University has reduced consumption in 51 of UVA’s most energy-intensive buildings, which constitute more than 4.6 million square feet of built space. This has contributed to a 10 percent reduction in overall building energy use intensity since 2010.

The UVA Puller Solar Facility was acquired as a development asset from Coronal Energy, a solar development company with regional headquarters in Charlottesville. The facility will feature approximately 58,800 solar panels, enough to power about 3,750 homes at peak output. Construction is slated to start in late 2017, with commercial operations occurring by the end of 2018.

“This project is particularly meaningful to a number of us on the team who call Virginia home,” said Kyle West, vice president for real estate for Coronal Energy. “We’re delighted to once again partner with Dominion Energy on a groundbreaking solar project, our third major success in the state together. There’s also a fair measure of school pride amongst the many UVA alums who work at Coronal, and who are proud to see our work advance the University’s impressive commitment to reducing the use of fossil fuels.”

Dominion now has announced 421 megawatts (alternating current) of large-scale solar facilities in Virginia under development or already in operation. This amounts to enough electricity at peak capacity to power more than 105,000 homes.

Do You Know the History of Your Favorite Corner Spots? END_OF_DOCUMENT_TOKEN_TO_BE_REPLACED

Netflix to Add Ads. Why This Could Be a ‘Game-Changer’ for Your Viewing Experience END_OF_DOCUMENT_TOKEN_TO_BE_REPLACED

What’s Next for UVA’s Class of 2022? END_OF_DOCUMENT_TOKEN_TO_BE_REPLACED