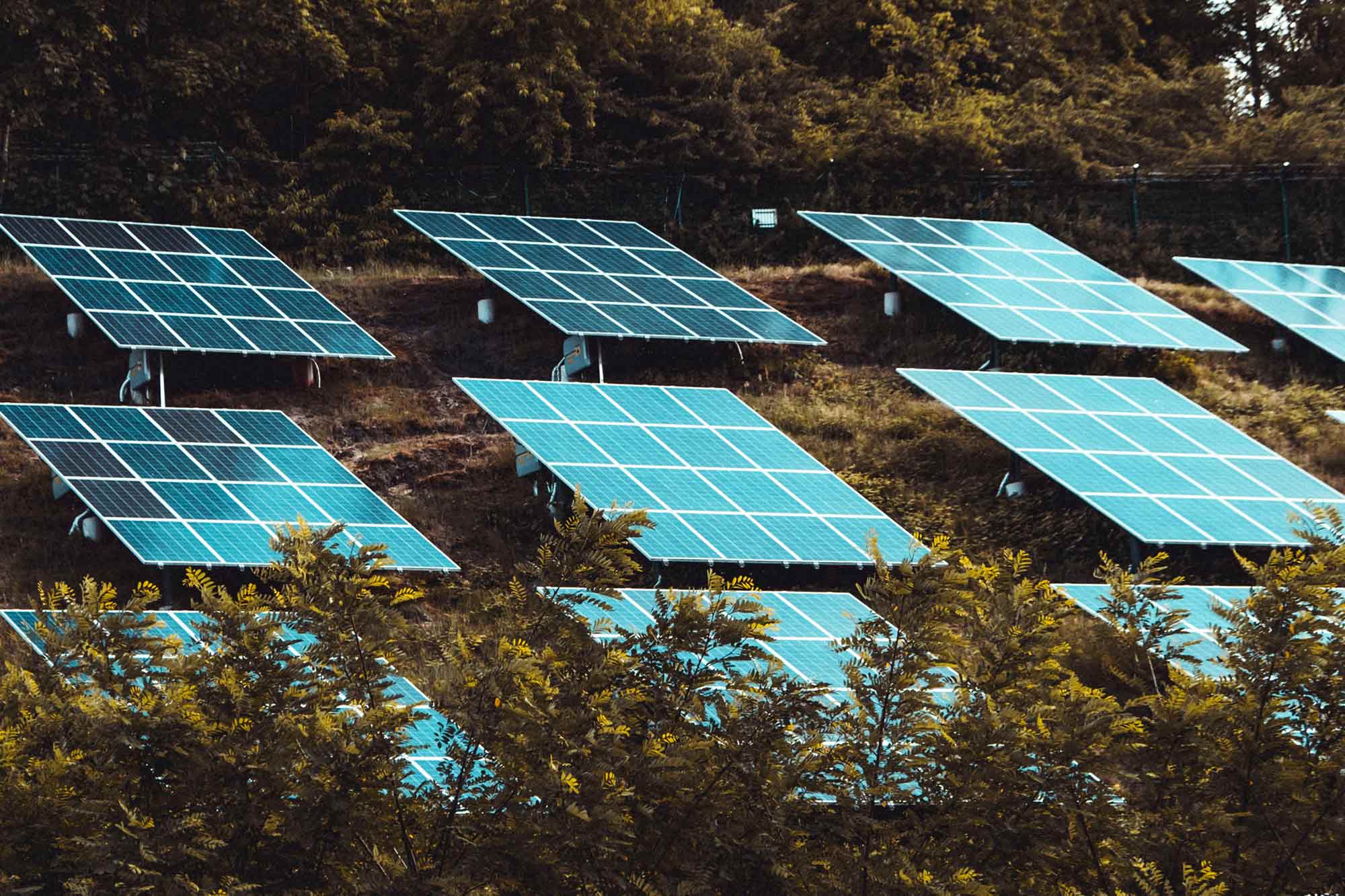 Forget the old rallying cry “There’s gold in them thar hills.” Silver, a precious metal in precious short supply, is up on the rooftops.

A research project at the University of Virginia aims to prove there’s a better way to extract the silver from old solar panels in order to put the valuable material back into new solar panels, and biomedical devices and other productive uses.

UVA engineering professor Mool Gupta is the principal investigator for the project, which received a one-year, $250,000 Department of Energy grant in June. The project is part of an overall $6 million DOE Solar Energy Technologies Office effort to seed small, innovative projects in photovoltaics and solar-thermal technologies.

“Silver is the world’s most efficient and cost-effective electrical and thermal conductor,” said Gupta, who serves as Langley Professor of Electrical and Computer Engineering. “An average solar panel of two square meters in size uses about 20 grams of silver, so the photovoltaic industry consumes about 8% of the world’s silver supply annually. Yet the relative expense and demand for silver, especially in the growing solar panel market, makes it an important material to reclaim and not waste.”

When manufacturers produce panels, they prepare a silver paste, then use the screen printing process and high temperatures to make the thin silver lines that can be seen on the outside of the panels’ photovoltaic cells.

To remove the silver, Gupta said, UVA will use a new method called laser ablation on the PV cells, converting the silver electrical contact material into nanoparticles.

After extraction, the silver will need no further refinement before it can be used in new silicon modules.

It could also be purified for other uses. 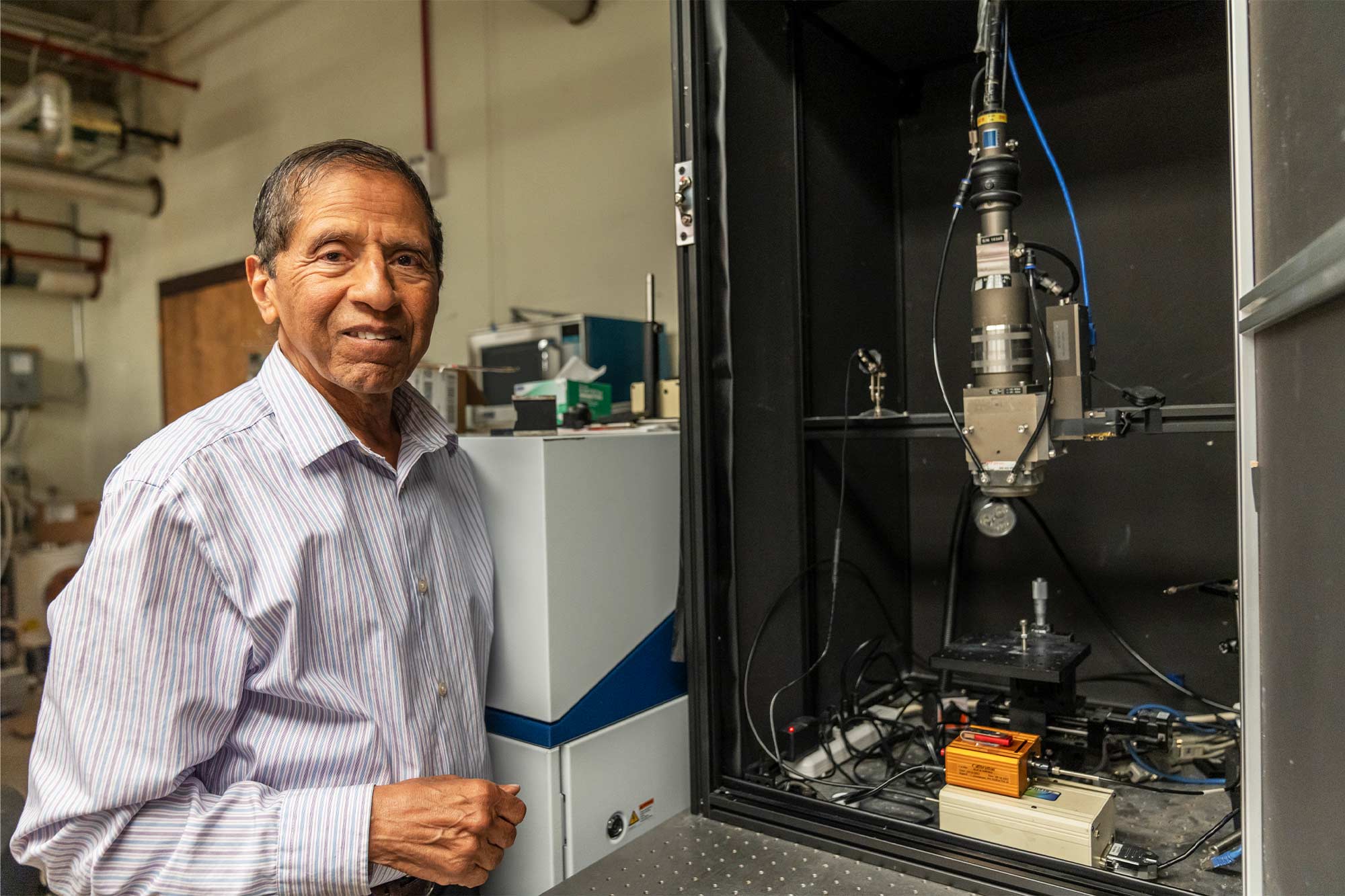 “Silver nanoparticles are widely used, with over 500 tons of annual global production and a market size of over $2 billion per year,” Gupta said, citing biomedical applications such as sensing and imaging.

He added that if his process can be perfected, solar panel manufacturers and recycling companies would have an incentive to take back old panels and get greater use out of them, benefiting consumers and the environment.

The patent-pending technology will be a greener approach than the existing method of silver extraction, which uses nitric acid to recover silver from old or broken silicon solar cells – “a technique that can be environmentally harmful and inefficient,” said John Horst, a spokesman for the DOE’s Renewable Power and Energy Efficiency division.

Solar panels have a useful life of up to 25 years. Manufacturers don’t tend to refurbish the panels after that because of costs. The main avenue for the repurposing old panels, then, has been at glass recycling facilities, where the glass and sometimes the frames are recovered, before the other elements are burned or otherwise disposed of.

By 2050, solar-module waste is expected to reach 78 million tons.

“It is hard to compete with the low-cost, environmentally unfriendly landfill approach,” Gupta said. But he and his team are confident the new technology can.

“Professor Gupta's advances in research and innovative use of laser ablation represent a key step forward in realizing clean, sustainable and inexpensive energy sources for the future,” Acton said.

The Small Innovative Projects in Solar program, part of President Joe Biden’s effort to address the climate crisis through the Department of Energy, is focused on projects that can demonstrate an impact within the first year.

Monkeypox Is Spreading, But University’s Risk Believed To Be Low END_OF_DOCUMENT_TOKEN_TO_BE_REPLACED

Q&A: Assessing the Risks and Rewards of Pelosi’s Plan to Visit Taiwan END_OF_DOCUMENT_TOKEN_TO_BE_REPLACED

These Giant Wind Turbines, Inspired by Palm Trees, May Be the Future of Renewable Energy END_OF_DOCUMENT_TOKEN_TO_BE_REPLACED