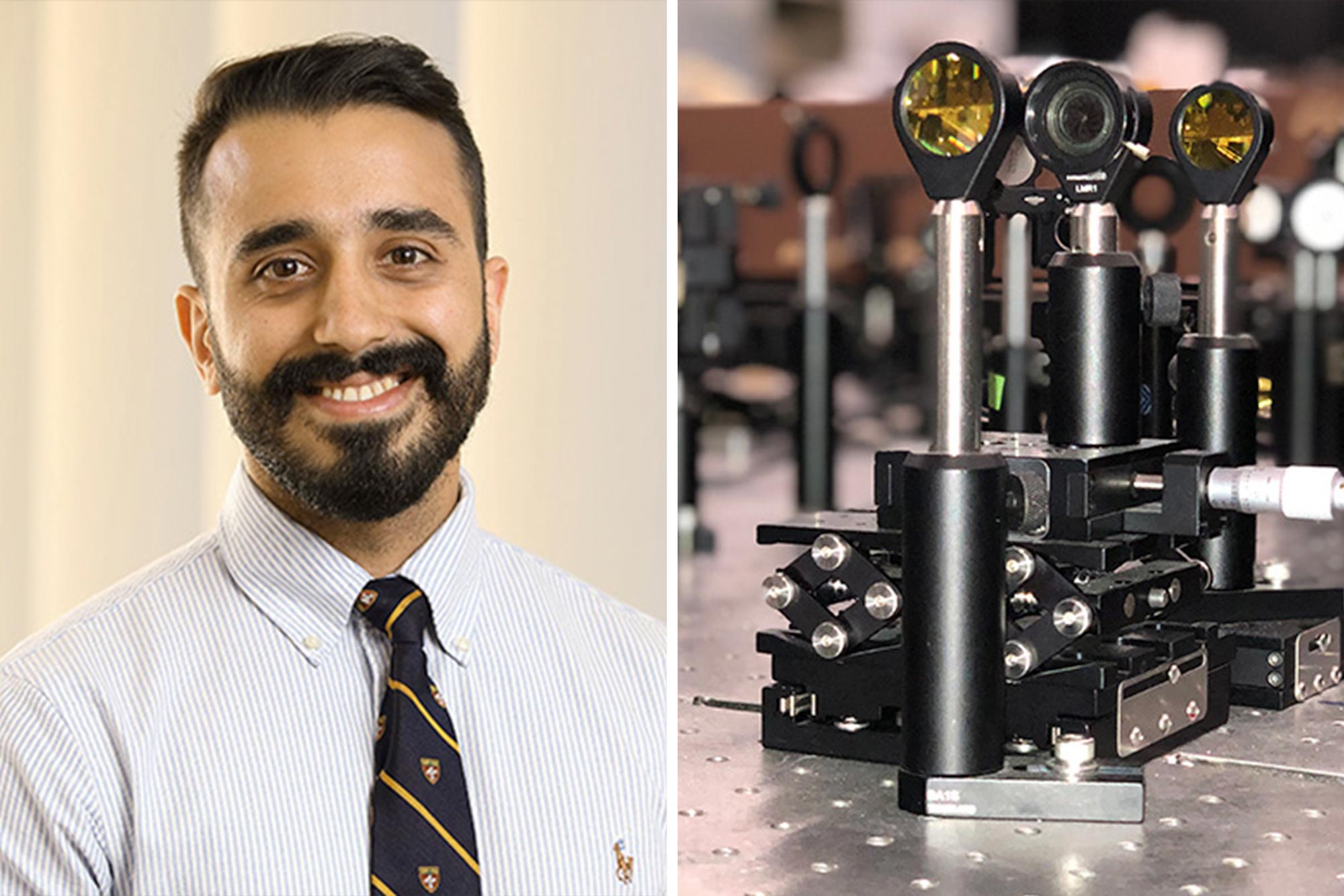 Researchers at the University of Virginia School of Engineering and Applied Science have discovered a way to make a versatile thermal conductor, with promise for more energy-efficient electronic devices, green buildings and space exploration.

They demonstrated that a material called lead zirconate, used in electronic equipment, also can be a thermal regulator when it is in a very pure form. This new class of material gives engineers the ability to make thermal conductivity increase or decrease on demand, changing a thermal insulator into a conductor and vice versa. 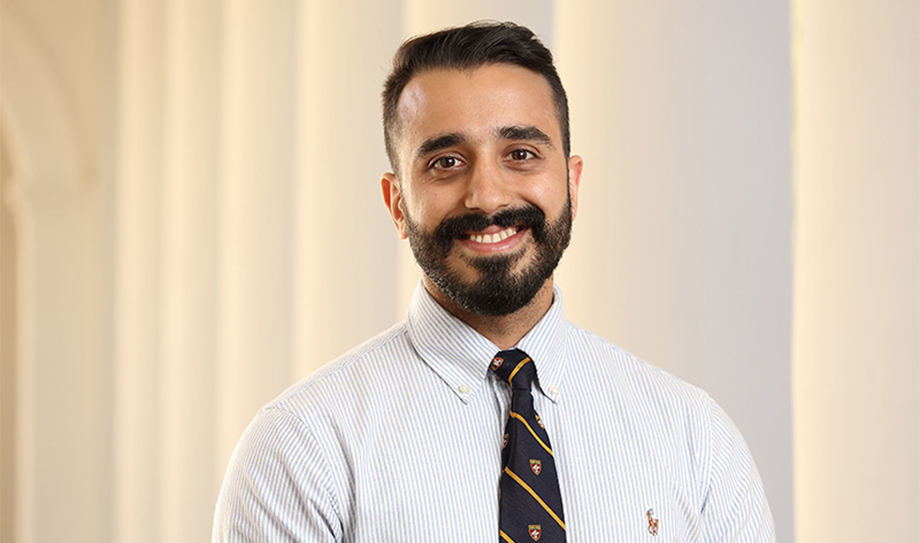 Kiumars Aryana, who earned his Ph.D. in mechanical and aerospace engineering in May, is first author of a UVA team’s finding on the versatility of lead zirconate. The team used lasers to measure the thermal properties of the material at nanoscale. (UVA Engineering photo)

“The temperature fluctuations in space can be pretty intense,” said Kiumars Aryana, who earned his doctorate in mechanical and aerospace engineering at UVA this spring and is the first author of the recently published findings in Nature Communications. “This type of thermal transport technology could be a huge advantage as we build vehicles and devices for space exploration.”

Successors to the Mars rover would be an example, Aryana said. Ground temperatures at the rover landing sites may reach a comfortable 70 degrees Fahrenheit during the day, but plummet to minus-146 degrees at night. To keep electronic devices working through these wide temperature swings, the rover relies on an insulating box and heaters to keep the components from freezing and radiators to prevent them from burning up.

“This new mode of heat management is substantially less complex and means heat regulation is easier to manage – and faster,” Aryana said. “Where a radiator or insulation takes a long time to start heating or cooling, the solid-state mechanism would be almost instantaneous.” He added that chances of malfunction also decrease.

Meanwhile, here on Earth, promising uses include managing heating and cooling on a large scale, such as in buildings, and on a small scale, such as circuit boards for electronics. Less energy equates to greener technology and lower power bills. 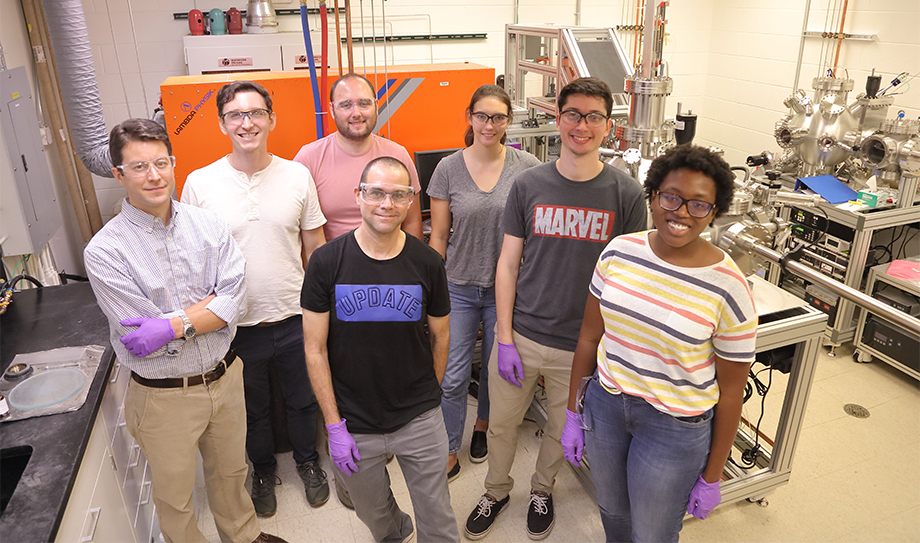 The Ihlefeld-Hopkins team has pioneered tunable thermal conductivity in crystalline materials over the course of a decade, first at Sandia National Laboratories and now at UVA.

Tunability is unique to a class of functional materials called ferroelectrics, a specialty of Ihlefeld’s multifunctional thin-film research group.

“A ferroelectric material is like a magnet, except instead of a north and south pole, you have a positive and negative charge,” Ihlefeld said. An electric field, or voltage, when applied to a ferroelectric material, “flips” the polarity of the material’s surface to its opposite state, where it remains until an opposite voltage is applied.

“Usually, thermal conductivity is considered a static material property,” Hopkins said. “If you want to change a thermal conductor into an insulator, you have to permanently change its structure or integrate it with a new material.”

For this project, the team used an antiferroelectric material in which heat and voltage both come into play.

The team initially attempted to use a commercial sample of lead zirconate for testing the two-way thermal conductivity, but it didn’t work.

But Lane Martin, the engineering department chair at the University of California, Berkeley, provided an extremely pure sample of lead zirconate. “Using Lane’s sample, we achieved a 38% bi-directional change in thermal conductivity in one burst, which is a huge leap,” Aryana said.

Antiferroelectric material structures are bi-directional by nature. In the smallest repeat unit of the crystal lattice, one half has a polarity pointing up and the other half points down, such that the positive and negative charges cancel each other out. When heated, the crystal structure changes and the antiferroelectricity goes away, increasing thermal conductivity. 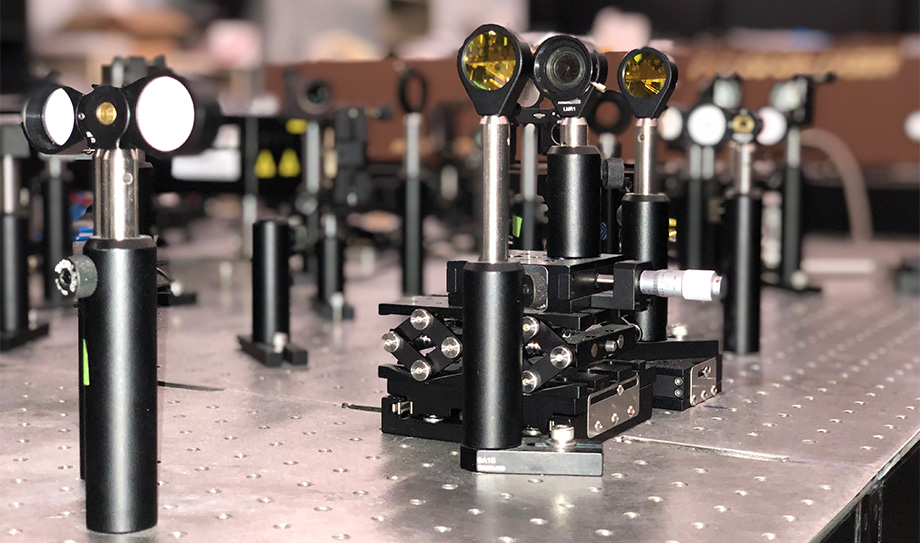 Applying an electric field does the opposite – it causes the material to transform into a ferroelectric and the thermal conductivity decreases. The net polarity returns to zero when the voltage is removed.

The flip in polarity and the arrangement of atoms in the crystal that support the anti-ferroelectric structure leads to observable and measurable thermal scattering events – something like a heat signature – which means energy diffuses through the material in ways that can be predicted and controlled.

The Nature Communications paper also presents an innovation in optical thermometry-based experiments from Hopkins’ Experiments and Simulations in Thermal Engineering research group. Students used a third laser to bring about rapid heating of the antiferroelectric film, giving it the ability to become polarized under an applied electrical field.

The researchers said there is still more work to be done before the material can have real-world impact on technologies. Engineers will need a bigger “on-off” switch in order to more rapidly move or store a much larger percentage of heat than is currently possible. That will involve the team working to better define the material’s limitations, so they can design a new material with higher switching ratios.

Grants from the National Science Foundation Division of Materials Research and the U.S. Department of Energy’s Office of Energy Efficiency and Renewable Energy supported the research.

What Is Biotechnology? Where Is It Headed at UVA? END_OF_DOCUMENT_TOKEN_TO_BE_REPLACED