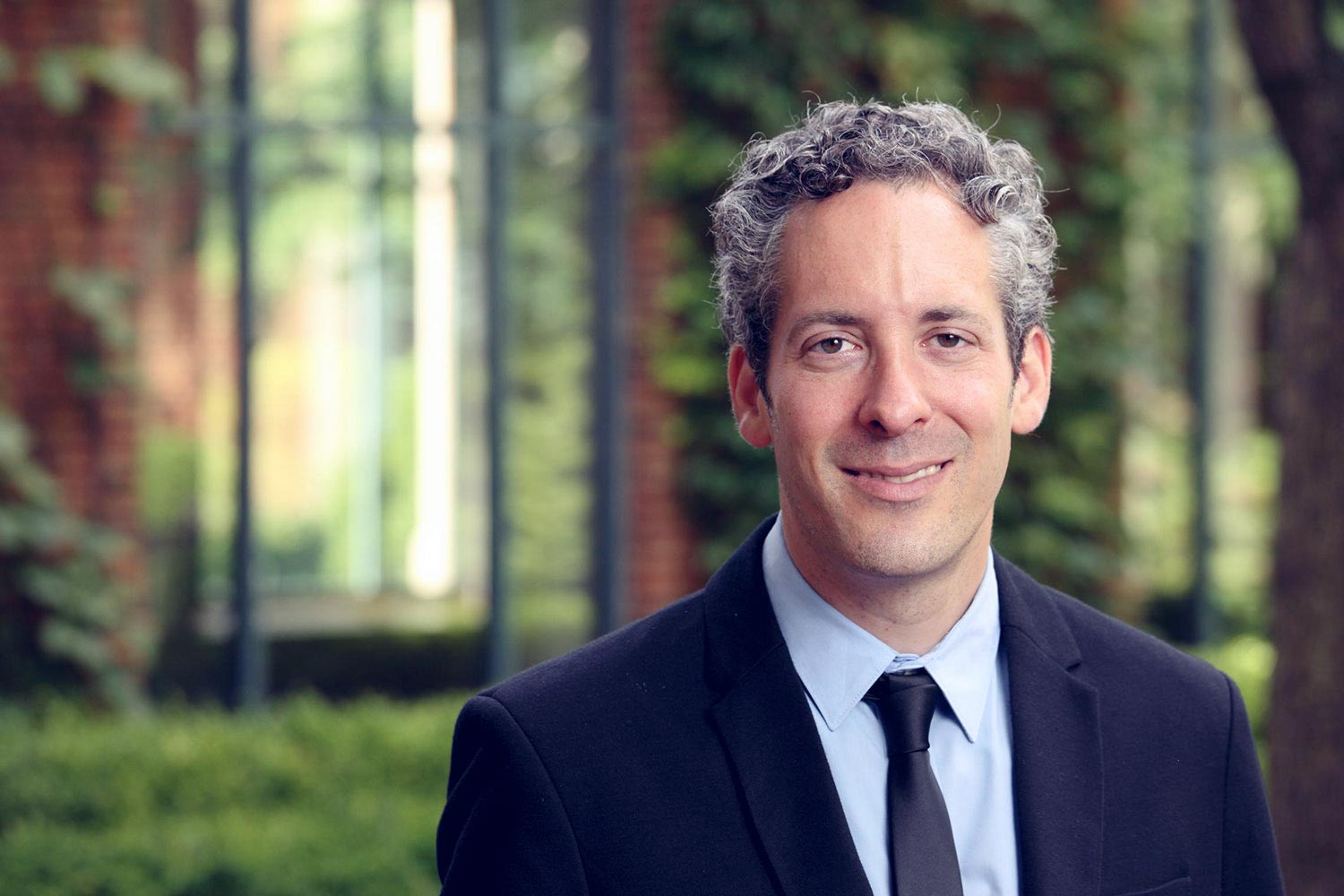 In December of 2015, people with Netflix accounts found a new binge-watching obsession: “Making a Murderer.”

The episodic documentary dissected the story of Steven Avery, who sued Manitowoc County, Wisconsin, for a wrongful murder conviction that sent him to jail for 18 years. County police subsequently arrested him and his nephew, Brendan Dassey, in a second murder, that of a local photographer.

The police interrogation of Dassey, who has a borderline intellectual disability and was 16 at the time of his arrest, has stirred great controversy. He pleaded guilty to raping and murdering the photographer and was sentenced to life in prison.

On Thursday, the Supreme Court will decide if it will hear Dassey’s appeal.

Brandon Garrett, the University of Virginia’s White Burkett Miller Professor of Law and Public Affairs and Justice Thurgood Marshall Distinguished Professor of Law, is an expert in criminal procedure and recently published an opinion piece in USA Today arguing the nation’s highest court should agree to review the case and that police must be more careful when interrogating juveniles.

He spoke with UVA Today about the Dassey case and how media companies like Netflix are influencing the law.

Q. Can you break down what the stakes are if the Supreme Court agrees to review the case? Or if they decide not to take it on?

A. The Brendan Dassey case has divided all of the judges who have looked at it. Most recently, the Seventh Circuit judges split, 4-3, with four judges finding that there was no problem, for reasons including that the coercion was not “physical,” while the three dissenters called this “a profound miscarriage of justice.”

The constitutional rules regulating confessions are hopelessly out-of-date and allow police to engage in all sorts of profoundly disturbing psychological techniques that can coerce false confessions.

The Dassey case could change the law. The viewers of “Making a Murderer” watched the interrogation video and saw police extract a confession from a disabled 16-year-old. I hope that the Justices watch the video too – it speaks for itself. The case could provide a much-needed opportunity to hear arguments about the state of the law of confessions.

Q. What are some of the ways police coerce people to confess to crimes when they are innocent?

A. The traditional goal of police when they interrogate a suspect is to get the confession. The officers are not trying to frame an innocent person, but tunnel vision can cause them to focus on a suspect and then pull out all of the stops to get that person to admit guilt.

Since the 1960s, police have used interrogation techniques aimed at making it seem rational and sensible to admit guilt, even when it is not in a person’s interest. Police convey that they are on the person’s side. They offer accounts of what might have happened that are less damning. They suggest that terrible consequences will fall on the suspect who doesn’t confess. They suggest that DNA or another person’s confession already proves guilt, but they just need to hear it from the suspect.

All of this storytelling can occur without video and without a record of who really said what. What makes the Dassey case unusual is that in Wisconsin, police must videotape an interrogation, so we do have that record.

A. Increasingly, police agencies not only videotape interrogations, but are rethinking how interrogations occur. Vulnerable individuals, like juveniles and persons with intellectual disability, are dramatically overrepresented in known false confession cases, but people who are not vulnerable can also falsely confess after they are worn down by hours – or even days – of questioning.

Police trainers are starting to change how they teach interrogation. In the U.K., a totally different technique is used, designed to elicit information from a suspect rather than pressure the suspect and feed the suspect facts. The federal government uses such techniques for high-value detainees in national security cases and police have started to use these methods as well.

Q. In this particular case, what, to your mind, are the most egregious lines the police crossed?

A. In the Dassey case, one scene from “Making a Murderer” stands out in particular:

Officer: What else happens to her in her head? It’s extremely, extremely important you tell us this, for us to believe you. Come on Brendan, what else? (pause) We know, we just need you to tell us.

Brendan: That’s all I can remember.

Officer: All right, I’m just gonna come out and ask you. Who shot her in the head?

Officer: Then why didn’t you tell us that?

Brendan: ’Cause I couldn’t think of it.

That detail, that the victim had been shot in the head, was perhaps the crucial fact in the case. Very little else was known by the police in terms of how the victim was killed. The officers used a leading question to contaminate the interrogation. Afterward, there was no way to know if Dassey could actually tell them such “inside information” about the crime.

Police also repeatedly told Dassey that they would help him and that he would be treated leniently if he confessed. When the questioning was over, Dassey asked police when he would be returned to school. He had just confessed to murder – but he had no idea what had happened.

Q. Are there other cases – similar to this – that come to mind? Or is this new territory?

A. There are many cases with interrogations that look much like Dassey’s that we know resulted in convictions of innocent people, because those people were later exonerated by post-conviction DNA testing.

In my book, “Convicting the Innocent,” I studied the first 250 DNA exonerations. Of those people, 40 had falsely confessed, typically in detail, where their statements were contaminated by details from the crime.

Since then, many more false confessions have occurred, and again, almost without exception, they were contaminated. A third of those DNA exonerees who falsely confessed were juveniles or persons who were intellectually disabled or mentally ill.

Q. Netflix has a new documentary called “The Staircase.” It dissects a case of an author accused of killing his wife. She fell on some stairs in their home and died. Knowing that you are not an expert in media, what are your thoughts on how things like Netflix documentaries are influencing courts and the law?

A. Sometimes, when the media focuses on how the criminal justice system works, it can raise public awareness. How much it is hard to say.

I do work surveying jurors about evidence in criminal cases, and there is no strong evidence that watching, for example, “CSI”-type shows, influences people’s opinions.

Another concern is that these shows provide a misleading window on the criminal system. They tend to involve cases involving very serious crimes, in which there was a trial. There is more personal drama in a trial. But the vast bulk of criminal cases are plea-bargained and the public doesn’t see that in these depictions.