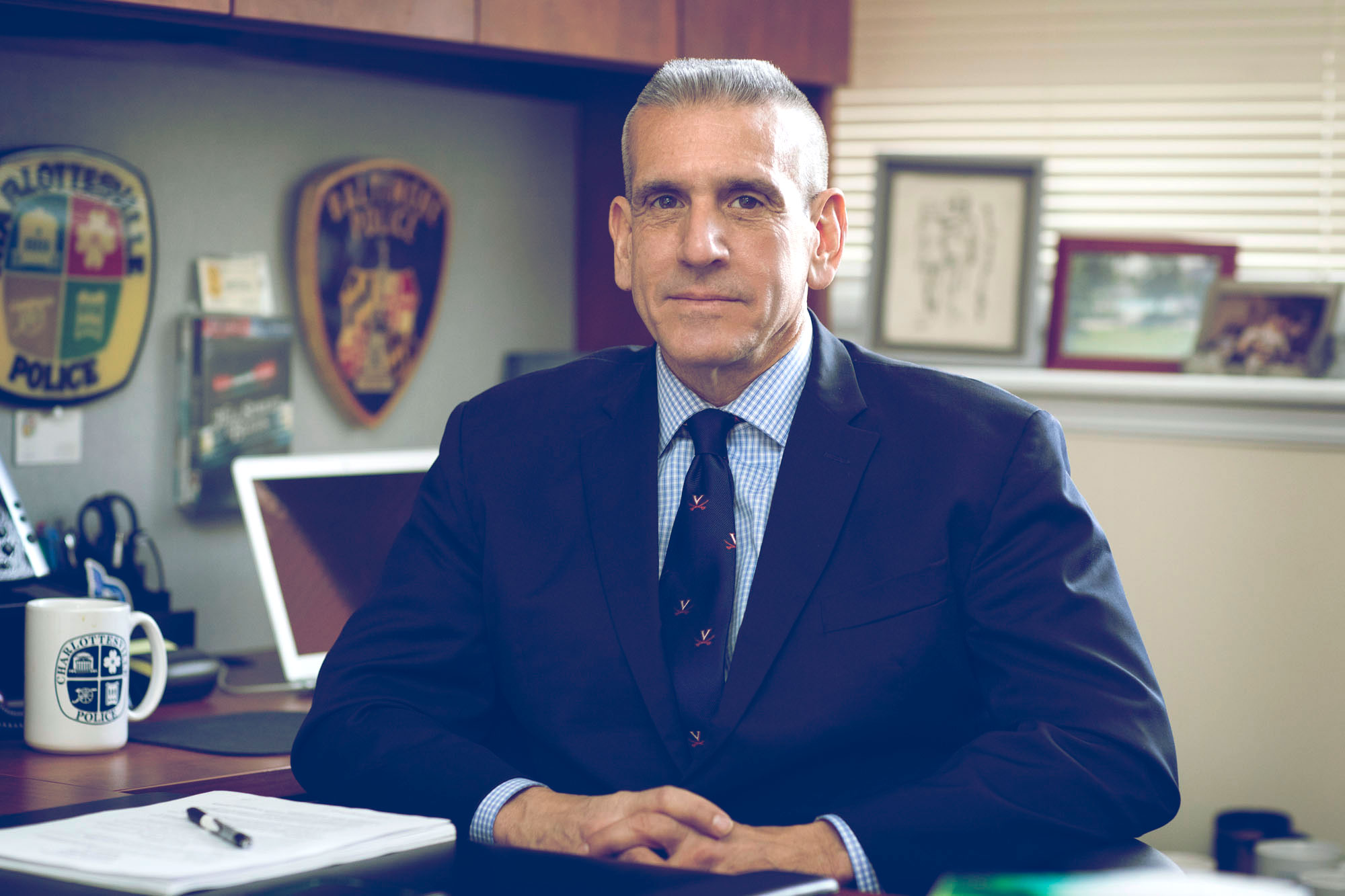 Tim Longo gets more ambitious each time he retires.

The retired Charlottesville police chief and a retired bureau chief from the Baltimore Police Department now wants to shape the future of policing.

Longo in December joined the faculty of the University of Virginia’s School of Continuing and Professional Studies to help create a master’s degree in public safety administration. Funded by a $600,000 contribution from the Board of Visitors’ Strategic Investment Fund, the program plans to offer courses to develop leadership skills through a wide variety of interdisciplinary perspectives. Once it has been designed, it must undergo a series of approvals.

Interim Dean Steven Laymon said the School of Continuing and Professional Studies is uniquely positioned to fulfill this mission, having partnered with the Federal Bureau of Investigation on the FBI’s National Academy since 1971, and, since 2005, having worked with the Virginia State Police on running the National Criminal Justice Command College in Richmond.

The school reached out to Longo for guidance while he was still police chief, Laymon said. “He is a thoughtful expert on the challenges of 21st-century policing and the evolving role of law enforcement in serving the communities they protect. He has worked in both a big city and in a much smaller community, he has had to overcome resource limitations, political and public scrutiny and community distrust and, here in Charlottesville, the town-gown divide. He has seen the role and responsibilities of law enforcement expand to include keeping the public safe from new threats, such as global terrorism, cybercrime and other uniquely 21st-century concerns.”

Longo is using his extensive expertise to design the program.

“As I am working on developing it, I look back on my 36 years in the business and see what I wanted to learn at various levels of my career,” Longo said. “This business has changed a lot over the years. When I look back on my career, which I started in June 1981, I see how much it has evolved and from that I try to predict what the future issues will be.”

"He has the expertise we need, the vision and sensibilities we need, and a broad network of relationships. He is also extremely hard-working. We have a short timeline to build this program and get it out in the academic marketplace, so that was another important consideration." -- Steven Layman, Interim Dean, UVA School of Continuing and Professional Studies

Before a new degree is offered, the curriculum must be approved by the school’s faculty, the Office of the Vice President and Provost, the Faculty Senate and the State Council of Higher Education for Virginia, said Archie L. Holmes Jr., UVA’s vice provost for academic affairs.

Modern police have a variety of concerns, including coping with people with mental illnesses in an era of de-institutionalization, the potential of global terrorism, keeping up with technology and information capture and accountability – all amid demands that departments re-engineer their approach to the communities they serve.

As an example of things modern police face, Longo cited the President’s Task Force on 21st-Century Policing, launched in May 2015, which stressed the needs to build trust within the community, increase oversight, understand technology and social media, promote community policing, increase education standards for officers and encourage wellness. Apart from these concerns, Longo also thinks some police officers have an “unsophisticated knowledge” of the U.S. Constitution.

“Everyone in government employment needs to understand the guiding principles on which the country was founded,” he said.

The contact Longo has had, both in the community and within law enforcement, make him an asset for the School of Continuing and Professional Studies.

“All in all, he has the expertise we need, the vision and sensibilities we need, and a broad network of relationships. He is also extremely hard-working. We have a short timeline to build this program and get it out in the academic marketplace, so that was another important consideration.”

"“The police spent time in the neighborhood and I got to know them. I don’t remember ever not wanting to be a police officer.” -- Former Charlottesville Police Chief Timothy Longo

Longo decided as a child that he wanted to be a police officer, the first in his family. His imagination was captivated by some Baltimore police officers who came into his neighborhood to capture a stray dog that had bitten someone.

“The police spent time in the neighborhood and I got to know them,” he said. “I don’t remember ever not wanting to be a police officer.”

He joined the Baltimore Police Department in 1981 and at one point got to work with one of the officers who captivated him as a child. He rose through the ranks, getting a bachelor’s degree in sociology and anthropology from Towson University and a law degree from the University of Baltimore Law School.

After 20 years of service, he retired from the Baltimore Police Department as the bureau chief of technical services, which included communications, the 911 service, property and evidence. He then worked as a consultant in the District of Columbia, before he took the post of police chief in Charlottesville in 2001, serving for 15 years before retiring again in 2016. After 35 years in law enforcement, the stress was starting to affect his health, he said.

He said he has no regrets over stepping away from active police work, and now is eager to put to work the lessons he has learned as a police officer, including teaching a short course at the UVA School of Law on the use of force.

“I learned a lot as police chief of Charlottesville,” Longo said. “I learned patience, which I never had much of, but we were working on complicated cases. I learned tenacity and I learned that the job is bigger than I am.”

Meet the New Cavalier on Horseback: She’s Eager To ‘Carry On a Legacy’ END_OF_DOCUMENT_TOKEN_TO_BE_REPLACED

Housing Changes Are a Breath of Fresh, Cool Air – Especially for Lawnies END_OF_DOCUMENT_TOKEN_TO_BE_REPLACED

Virginia Football – For All Virginia END_OF_DOCUMENT_TOKEN_TO_BE_REPLACED