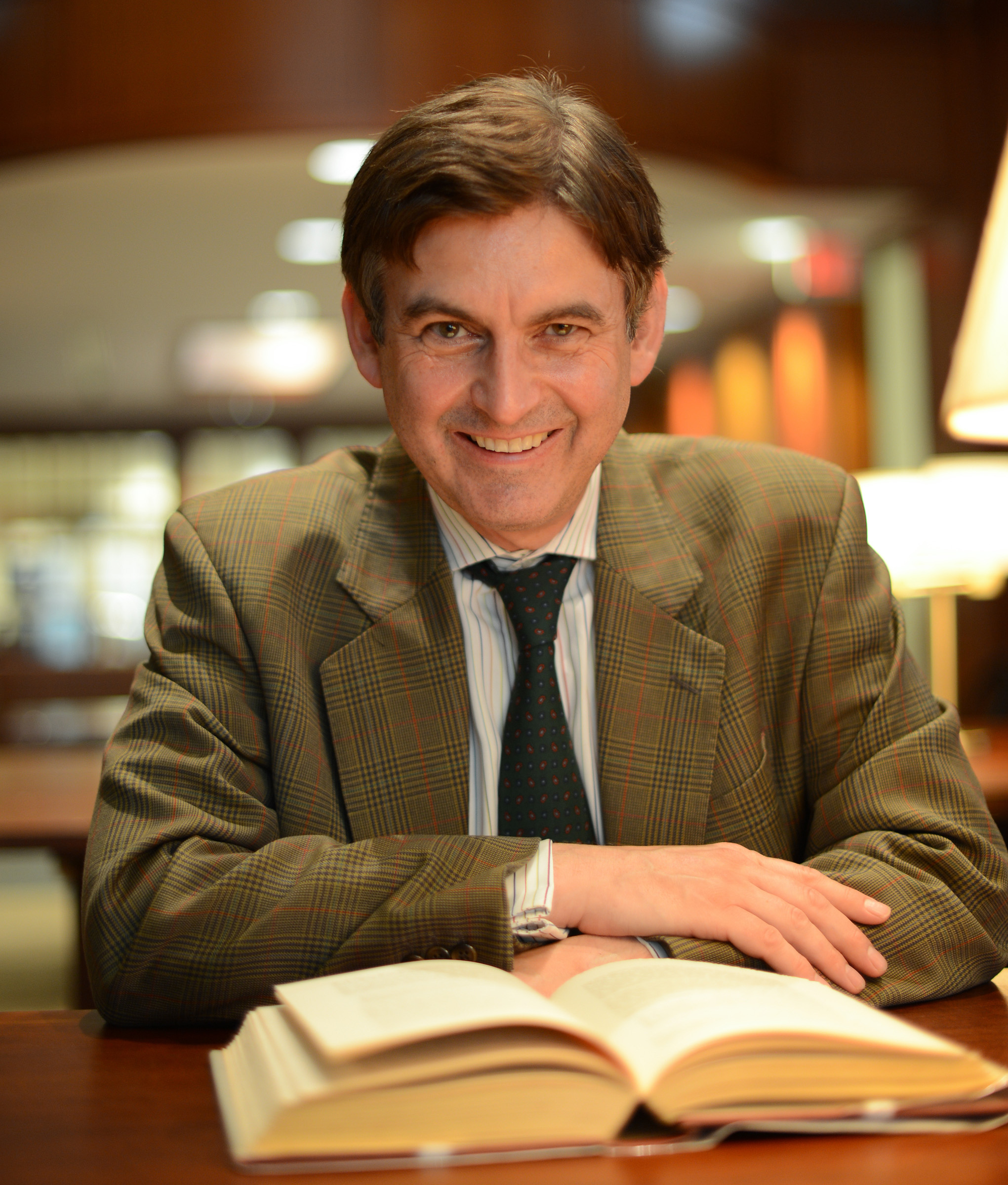 Andrew Jackson O’Shaughnessy of the University of Virginia has won the prestigious George Washington Book Prize for his examination of British generals in the American Revolution, the prize’s trio of sponsors announced Tuesday at a black-tie event held at Mount Vernon, Washington’s historic home.

O’Shaughnessy, a professor in the Corcoran Department of History and Saunders Director of the Robert H. Smith International Center for Jefferson Studies at Monticello, received the $50,000 prize for his book “The Men Who Lost America: British Leadership, the American Revolution and the Fate of the Empire.”

“This is really wonderful,” O’Shaughnessy said. “I was really surprised. The other finalists were outstanding and one of them has already won a Pulitzer Prize.”

Now in its 10th year, the Washington Prize recognizes the year’s best new books on early American history, especially those written for a broad audience. The three institutions that sponsor the prize – Washington College of Chestertown, Maryland; the Gilder Lehrman Institute of American History, a nonprofit organization devoted to the improvement of history education; and George Washington’s Mount Vernon – are devoted to furthering historical scholarship that contributes to the public understanding of the American past.

The Washington Prize jury praised the book as “ground-breaking” and “a major contribution to the history of the American Revolution.”

“‘The Men Who Lost America’ is a refreshing, exhaustively researched study which should reinvigorate the historical literature on the collapse of the British Empire in North America,” said Douglas Bradburn, founding director of the Fred W. Smith National Library for the Study of George Washington at Mount Vernon.

O’Shaughnessy’s book disputes a theory that incompetent military commanders and political leaders in Britain were to blame for the empire’s defeat during the American Revolution. Weaving together personal stories of 10 prominent men who directed the British forces, O’Shaughnessy – who holds dual British and American citizenship – uncovers the reasons that rebellious colonials were able to achieve their surprising victory.

“I was born in Britain and was always very aware of the seeming neglect of the British perspective of the American Revolution,” O’Shaughnessy said. “It was generally not taught in high schools in Britain, and the British often seemed to be caricatured in the films and popular histories in the U.S. This dimension not only makes the war more fascinating, but much more intelligible and easier to comprehend.”

O’Shaughnessy edged out two other authors for the Washington Prize, one of whom was U.Va. colleague Alan Taylor, Thomas Jefferson Memorial Foundation Professor, whose book, “The Internal Enemy: Slavery and War in Virginia, 1772-1832,” won a Pulitzer Prize last month. That book tells the stories of slaves who joined forces with the British during the War of 1812.

“When you see a pair of professors such as Andrew and Alan in the same department, it shows the prominence of the University of Virginia in the field in early American studies,” said Paul Halliday, who chairs the Corcoran Department of History. “It also shows the strength of our relationship with Monticello.”

Monticello, operated by the Thomas Jefferson Foundation, is the historic home of Thomas Jefferson, founder of the University. Taylor researched some of his book at the foundation’s Robert H. Smith International Center for Jefferson Studies, which O'Shaughnessy directs.

O’Shaughnessy’s book previously won the New York Historical Society’s annual American History Book Prize, the Fraunces Tavern Museum Book Award for histories of the Revolutionary period, the 2013 Great Midwest Book Festival award in the regional literature category and the 2014 Cincinnati History Prize, sponsored by the Society of the Cincinnati in the State of New Jersey. It was voted best book of the year by the New York Roundtable of the American Revolution, was short-listed for the Guggenheim-Lehrman Prize for Military History, received an honorable mention for the 2013 American Publishers Awards for Professional and Scholarly Excellence and was nominated for the British Broadcasting Corporation’s History Magazine Book of the Month.

O’Shaughnessy’s next book will examine persuasion in the American Revolution and how rhetoric was used as a tool of war by the British, the Loyalists and the Patriots.