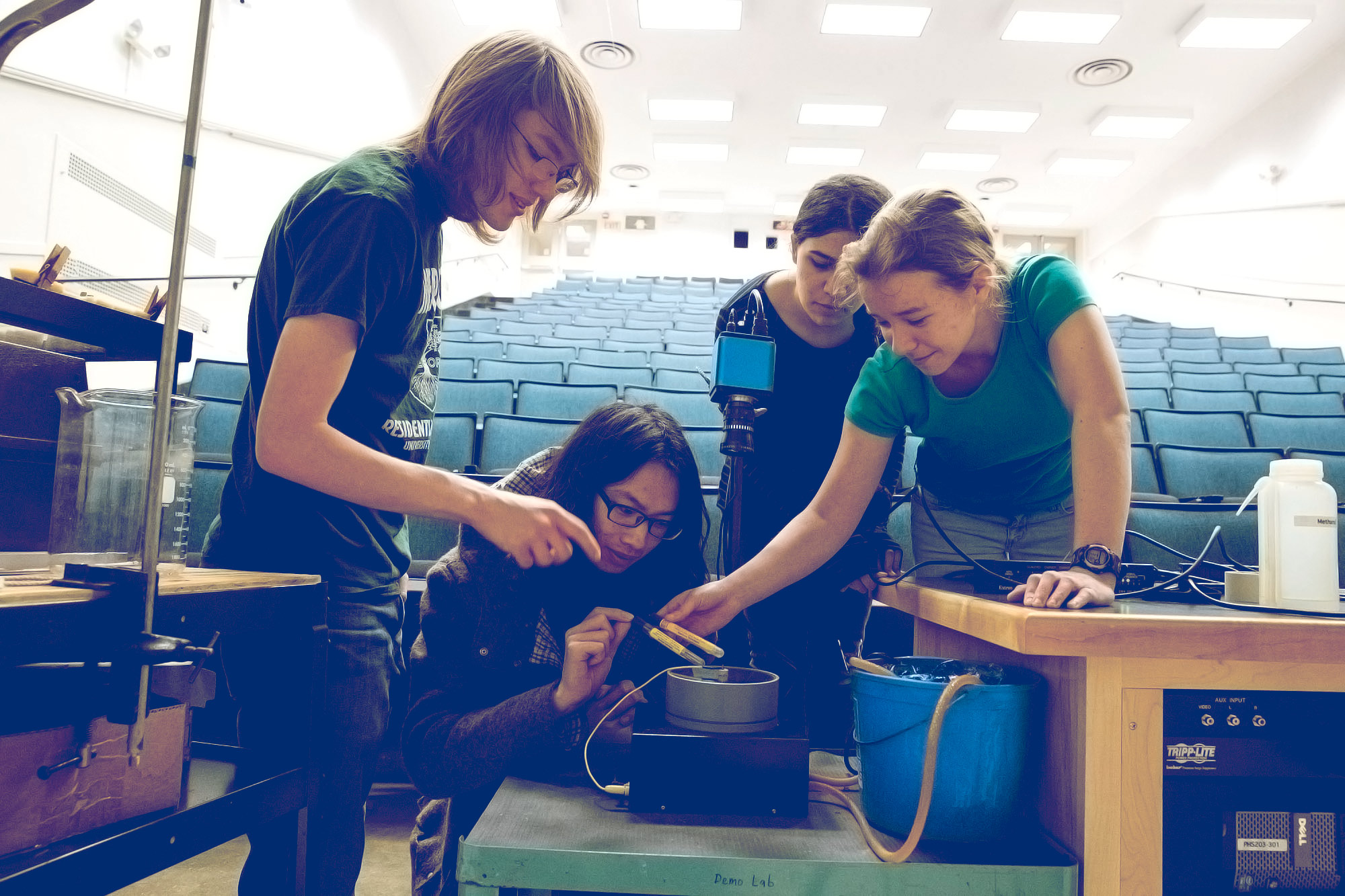 University of Virginia physicist Cass Sackett isn’t sure if there is a bonafide, true, genuine and official National Physics Day or not (who decides such things anyway?). But as far as the UVA physics department is concerned, there is one indeed, even if it’s an event of the department’s own invention.

Like 16 times before, a “National Physics Day Show” at UVA will be held on Wednesday and celebrated with explosions, zooming rockets, lasers, loud noises and other demonstrations, with the purpose of educating and interesting the public, particularly children, in the wonders of the ways of the physical world. This year’s show, “Observing the Universe With Physics,” will be held at 7 p.m. in the Physics Building auditorium.

“It’s a demo show designed to educate and entertain kids and the grownups who bring them,” said Sackett, who hosts this year’s event. “We carry the torch, year to year, in an effort to foster enthusiasm and excitement for our science by making it accessible. We pass that torch to each generation. Developing scientific literacy is good for society.”

Sackett said he developed his own interest in science as a young child in Arizona. Field trips to planetariums and science museums, and science events helped pique that interest. He even won a math contest as a schoolboy that took him to Northern Arizona University where he found it “pretty cool” to witness the exciting things that could be learned in college.

The National Physics Day Show has a theme each year. Last year, for example, featured waves in their many forms, from radio waves to water waves. This year will include presentations that demonstrate how telescopes work, how gravitational waves ripple through the universe, how solar eclipses come to be, and more. A hairspray rocket will zoom on a clothesline across the auditorium and over the audience to demonstrate the physics of spacecraft in flight. A new demonstration, devised by students, will make visible the particles of cosmic rays that constantly pass from space through the Earth.

Sackett said there is no shortage of ways to demonstrate physical phenomena on Earth and beyond, and it’s easy to come up with themes. The physics department has hundreds of demonstrations and props stored in a large room, catalogued online and ready for use in physics classes, at local schools during road shows and for the annual Physics Day show.

Sackett and lecture demonstrator Al Tobias “brainstormed” this year’s theme with a team of five other professors and 10 undergraduate students. The students will do most of the actual presenting at the show.

“This is good practice for undergraduates: to think about ways they can put physics into action so that anyone can understand,” Sackett said. “There are amazing things going on all the time in the universe, and it’s fun to figure out how they work, and to make accurate predictions based on solid understanding. It’s engaging, exciting and fun work, and we put on the show to convey that to our audience.”

How a Single Email Changed a Life END_OF_DOCUMENT_TOKEN_TO_BE_REPLACED

Fall Is in the Air on Grounds END_OF_DOCUMENT_TOKEN_TO_BE_REPLACED

At UVA, There Is a Club for Everyone END_OF_DOCUMENT_TOKEN_TO_BE_REPLACED