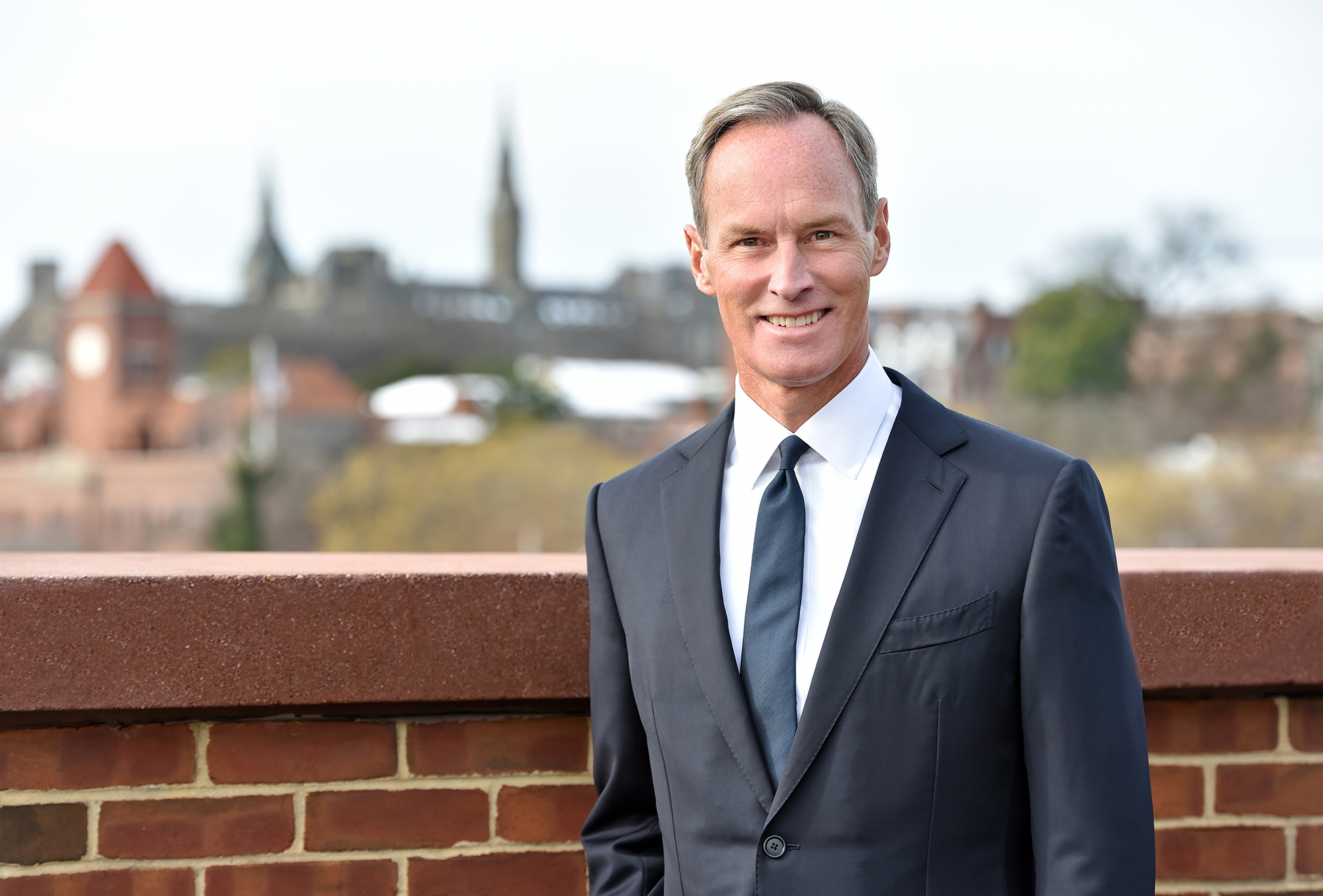 Another approach simply involves being yourself and presenting information of value, and the audience follows.

Jim Donovan, an adjunct professor at the University of Virginia School of Law and vice chairman of global client coverage at Goldman Sachs, is of the “you-do-you” variety. He stars in only two videos on UVA Law’s YouTube channel, yet they have racked up a collective 2.6 million views and counting.

“I am surprised and humbled that people have taken an interest in what I have to say,” Donovan said.

The channel, with about 62,000 subscribers, has over 7 million lifetime views, but its most-viewed video by far is Donovan’s “Are You Destined to Deal?” The talk focuses largely on the skills that Donovan views as essential to pursuing a successful career as a dealmaker.

In both, the plainspoken Donovan speaks candidly to a lecture room full of students. He’s not putting on a motivational performance. The talks, instead, arise from courses he teaches on business strategy and leadership, which are part of the John W. Glynn Jr. Law & Business Program. His most recent offering was the short course “Corporate Strategy,” presented last fall.

“I really like these types of videos,” one commenter states under the deals talk. “No feel-good motivation, straight to the facts.”

A second says, “This is probably the most helpful talk about investment banking I’ve seen.”

Donovan, a Harvard-trained lawyer, suspects that the secret to his videos’ success may have something to do with the feeling that a veil has been lifted.

“As a field, investment banking tends to be a bit enigmatic to those who aren’t familiar with it,” he said. “I hope I provided insights that perhaps were somewhat demystifying, while simultaneously recognizing it’s a highly sought-after profession for a reason. It’s always nice to feel like you are being brought into the process and behind the curtain.”

Some of his YouTube viewers, no doubt, may also be drawn to the instructor himself and the mystique that surrounds his influential employer. Goldman Sachs is a multinational investment bank and financial adviser with a market capitalization estimated at almost $130 billion. Donovan joined Goldman in 1993, making partner in 2000. He provides counsel to many of Goldman’s largest corporate and individual clients, placing him within an ever-expanding sphere of influence.

His responsibilities “can involve everything from routine maintenance to complex negotiations and working alongside the expert team at Goldman Sachs to help them with whatever services the client requires, whether that be selling their company or hedging their currency risk,” he said.

In 2017, Donovan’s profile rose as President Donald Trump’s nominee for deputy secretary of the treasury. Although Donovan withdrew from consideration, he later accepted an appointment on the President’s Intelligence Advisory Board.

He currently serves on the board of the Foundation for the National Institutes of Health. He also has been a trustee of the Dana-Farber Cancer Institute. An avid runner, he participates in road races to raise money for cancer prevention and treatment.

Donovan views sharing his knowledge as part of his overall public service. He’s been teaching at UVA Law for 14 years.

Donovan is so dedicated to the Law School that he’s never cashed a paycheck. Rather, he forwards his teaching stipends to a Law School Foundation need-based scholarship fund.

“I do this because I am able to help individual students and impact their lives,” he said.

It’s Copperhead Season in Virginia. Here Is What You Need to Know END_OF_DOCUMENT_TOKEN_TO_BE_REPLACED

What’s Next for UVA’s Class of 2022? END_OF_DOCUMENT_TOKEN_TO_BE_REPLACED