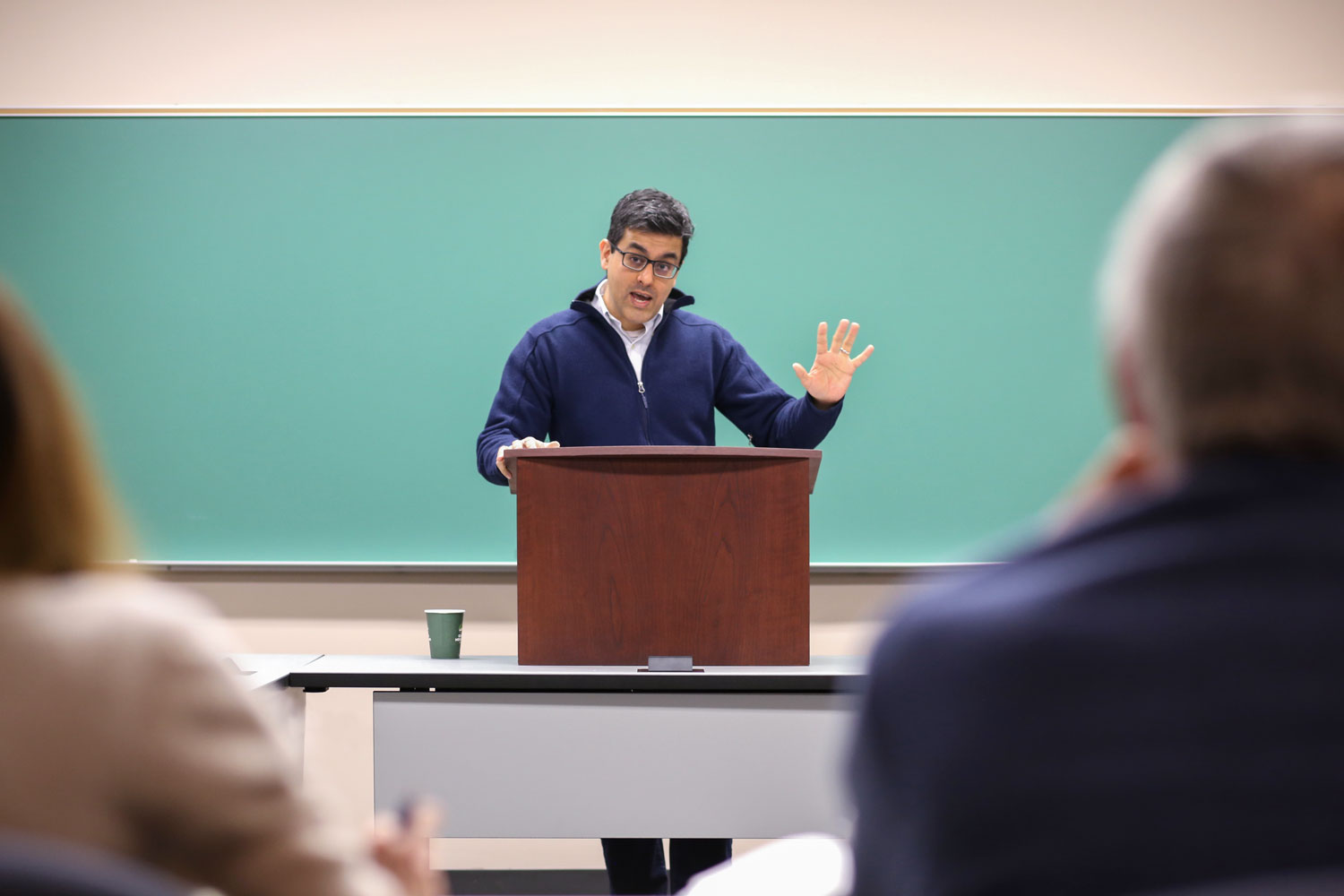 Professor Aditya Bamzai of the University of Virginia School of Law will make his debut Tuesday at the U.S. Supreme Court after a rare decision by the justices to allocate argument time to an independent amicus curiae – someone who is not party to a case but can offer relevant information.

UVA law professor Dan Ortiz, director of the school’s Supreme Court Litigation Clinic, said it’s “extremely uncommon” for the justices to grant speaking time to an amicus who isn’t siding with either party and wasn’t appointed by the court. In fact, this is the first time since at least the 1940s that the court has granted a law professor's request to argue in a case, according to a Bloomberg Law report.

“I’m pretty sure they chose him because he made a very compelling argument in his motion for oral argument that the parties were overlooking an important issue,” said Ortiz, who also argued at the court this term. “The court must also have been impressed by the quality of his brief.”

In his brief, Bamzai argued that the Supreme Court does not have jurisdiction to hear the cases.

“Though called a ‘court’ by statute, the [Court of Appeals for the Armed Forces] is located for constitutional purposes within the Executive Branch,” he writes.

The U.S. Office of the Solicitor General, which represents the federal government in Supreme Court cases, filed a six-page response to the argument. Bamzai then filed his motion requesting time for oral argument.

With just 10 days to prepare, Bamzai participated in a practice session with faculty on Thursday.

The case will likely set up the Supreme Court’s first significant pronouncement in 120 years on the meaning of Marbury, which established the principle of judicial review, and the scope of Article III’s Original and Appellate Jurisdiction clauses.

Bamzai is a former attorney with the Department of Justice and previously clerked for Justice Antonin Scalia. His primary teaching and research interests are in the fields of civil procedure, administrative law, federal courts, national security law and computer crime. He joined UVA Law’s faculty as an associate professor in June 2016.