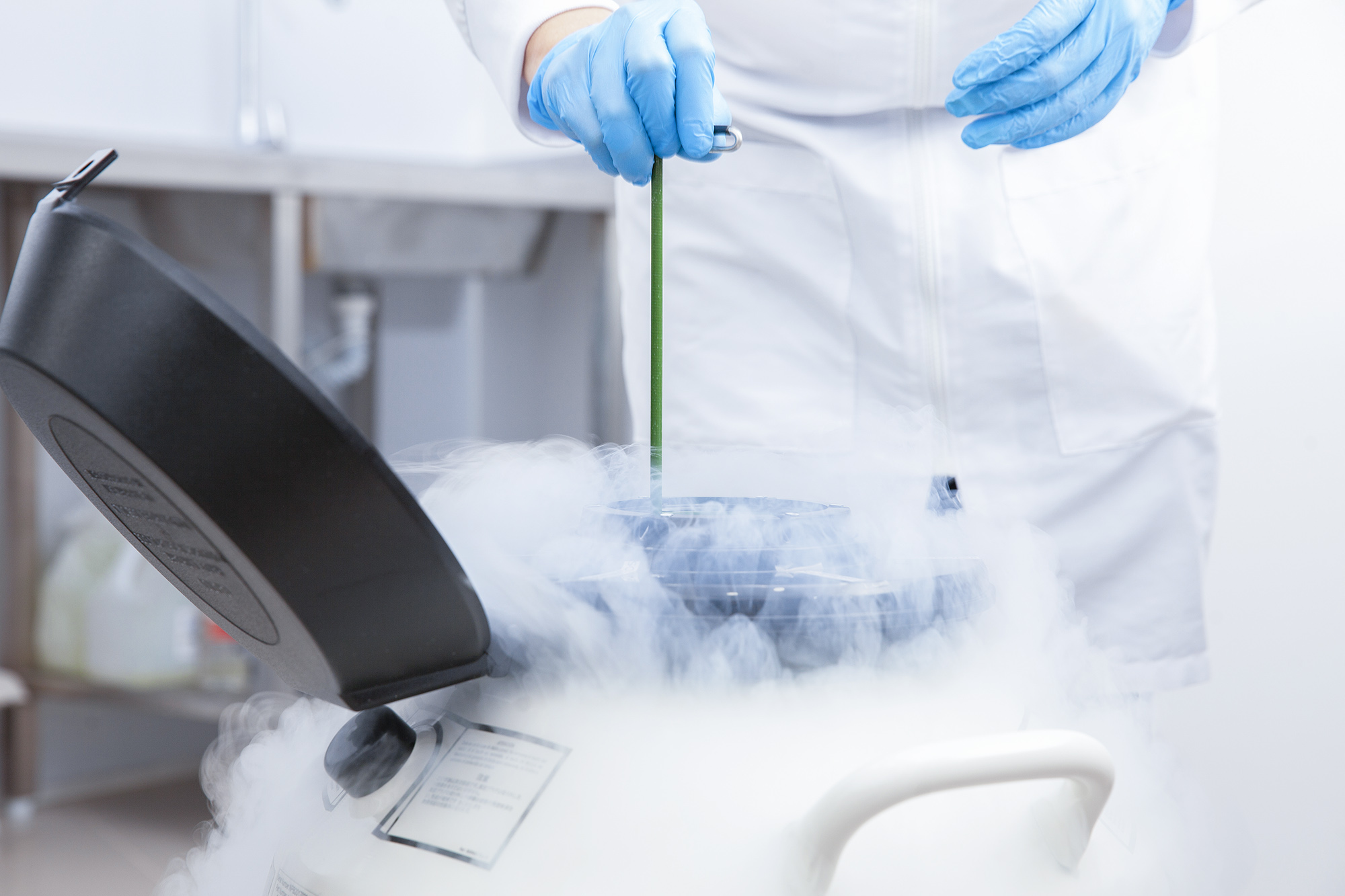 Fertility clinics use cryogenic tanks to store frozen embryos and eggs for clients who hope to someday have biological children.

Approximately 80,000 children are born yearly in the U.S. through in vitro fertilization, but there is little federal oversight of the fertility industry. A recent study analyzing frozen embryo mishap lawsuits from 2009 through 2019 reported 133 cases of embryo loss. More than half were related to two catastrophic freezer failures.

University of Virginia School of Law professor Naomi Cahn and co-author Dena Sharp of the University of California, Hastings, examined the issue in a piece for The Conversation, re-posted below. Cahn is an expert in family law, trusts and estates, feminist jurisprudence, reproductive technology, and aging and the law.

Here’s what she and Sharp had to say in The Conversation.

hen embryologist Joseph Conaghan arrived at work at San Francisco’s Pacific Fertility Center on March 4, 2018, nothing seemed awry. He did routine inspections of the facility’s cryogenic tanks, which store frozen embryos and eggs for clients who hope to someday have biological children.

But what he found was not routine; it was an emergency. Almost all of the liquid nitrogen inside Tank 4 had drained out. Conaghan and his staff tried to save 80 metal boxes of frozen reproductive material, but it was too late. The contents had warmed, damaging or destroying 1,500 eggs and 2,500 embryos.

Some belonged to a couple who traveled cross-country from their farm in Ohio, hoping to build their family from frozen embryos. A single woman in her early 40s was hoping to soon use her preserved eggs with “Mr. Right.”

For many, infertility is a significant challenge: In 2018, 12.7% of American women sought infertility services, according to a U.S. Centers for Disease Control and Prevention report. As experts on regulation of the fertility industry, we are concerned about protecting those who need these interventions. There is little oversight in the U.S. of the industry, with no requirement that clinics report problems – including tank failures. As Professor Dov Fox of the University of San Diego Law School told a reporter: “These tanks specifically, they’re not regulated any better than kitchen appliances or farm tools.”

The current age of reproductive technology dates to 1944, when lab technician Miriam Menkin successfully fertilized a human egg in a petri dish. She made history, creating a new method of human conception.

That year, 30 fertility experts founded the American Society for Reproductive Medicine. Today it is a global organization of about 8,000, including doctors, nurses, health care professionals and others.

But it wasn’t until 1978 that in vitro fertilization emerged as a groundbreaking and controversial technology. That year marked the birth of Louise Brown, the first “test tube baby.”

Since then, the procedure has produced more than 8 million children worldwide. Some 80,000 children are born yearly in the U.S. through IVF, accounting for 1.9% of births.

Assisted reproduction is now a multibillion-dollar industry, with more than 440 U.S. clinics. In other industrialized nations, including the U.K., fertility treatment is monitored by independent, comprehensive regulators. In the U.S., government regulation is so light that the U.S. fertility industry has been called the “Wild West.” U.S. lawmakers have largely steered clear: The contentious battle over abortion has created a political minefield around any issue concerning conception or embryos.

The #IVF market declined to USD 14 billion from 2019 to 2020 as compared to the earlier projection of USD 20 billion in 2020. As the conditions are stabilizing, the market is expected to resume its original growth rate. Read @ https://t.co/fbBZI6OAbf #healthcare #MedicalDevices pic.twitter.com/9tAIZhfL1Q

Minimal regulations are scattered among federal, state and professional entities. Meanwhile, the U.S. Centers for Disease Control and Prevention offers limited oversight, auditing or inspecting only a sample of clinics each year, mostly to validate data.

Under a 1992 U.S. federal law, clinics must report assisted reproduction success rates to the CDC. Labs can be certified by one of two accrediting, nonprofit organizations. While some states require fertility labs to be accredited, others do not; certification requires the monitoring of tanks.

Without comprehensive monitoring, there is little known about problems within this industry. Some of the most complete information on frozen embryo mishaps comes from a study analyzing lawsuits from 2009 through 2019.

The authors reported 133 cases of embryo loss. More than half were related to two catastrophic freezer failures, including the San Francisco event and another that occurred, in a bizarre coincidence, on the same day at Ohio’s Ahuja Medical Center. The Ohio malfunction thawed 4,000 eggs, affecting more than 900 women or families.

But this study only includes cases that can be tracked because of legal filings. Clinics often require patients to sign arbitration agreements that keep cases out of court and out of the public eye.

The U.S. Food and Drug Administration categorizes these tanks as Class II devices and exempts them from premarket scientific and regulatory review on safety and effectiveness.

There is also little oversight on the equipment while it’s in use. The American Society for Reproductive Medicine issued guidance on best practices for cryopreservation in 2020, noting that a “known” source of potential mishaps included “human errors,” such as a “lack of quality control including liquid nitrogen filling schedule” and “inadequate inventory records.”

Basic federal standards for the manufacturing and use of cryopreservation tanks would prevent future storage tank failures and the loss of frozen eggs and embryos. In lieu of federal action, New Jersey became the first state to regulate embryo storage through a law enacted in December 2019.

But ultimately, we believe only federal regulations can ensure uniformity so that standards don’t vary from state to state. Clinics also need greater government oversight to ensure prompt communication about errors.

Many who hope to someday have a genetically related child – like the couple from Ohio and that single woman looking for the right partner – must place their trust in fertility specialists, clinics and equipment manufacturers that provide needed services and devices. Even minimal regulation would help ensure that others are spared from devastating losses in the future.