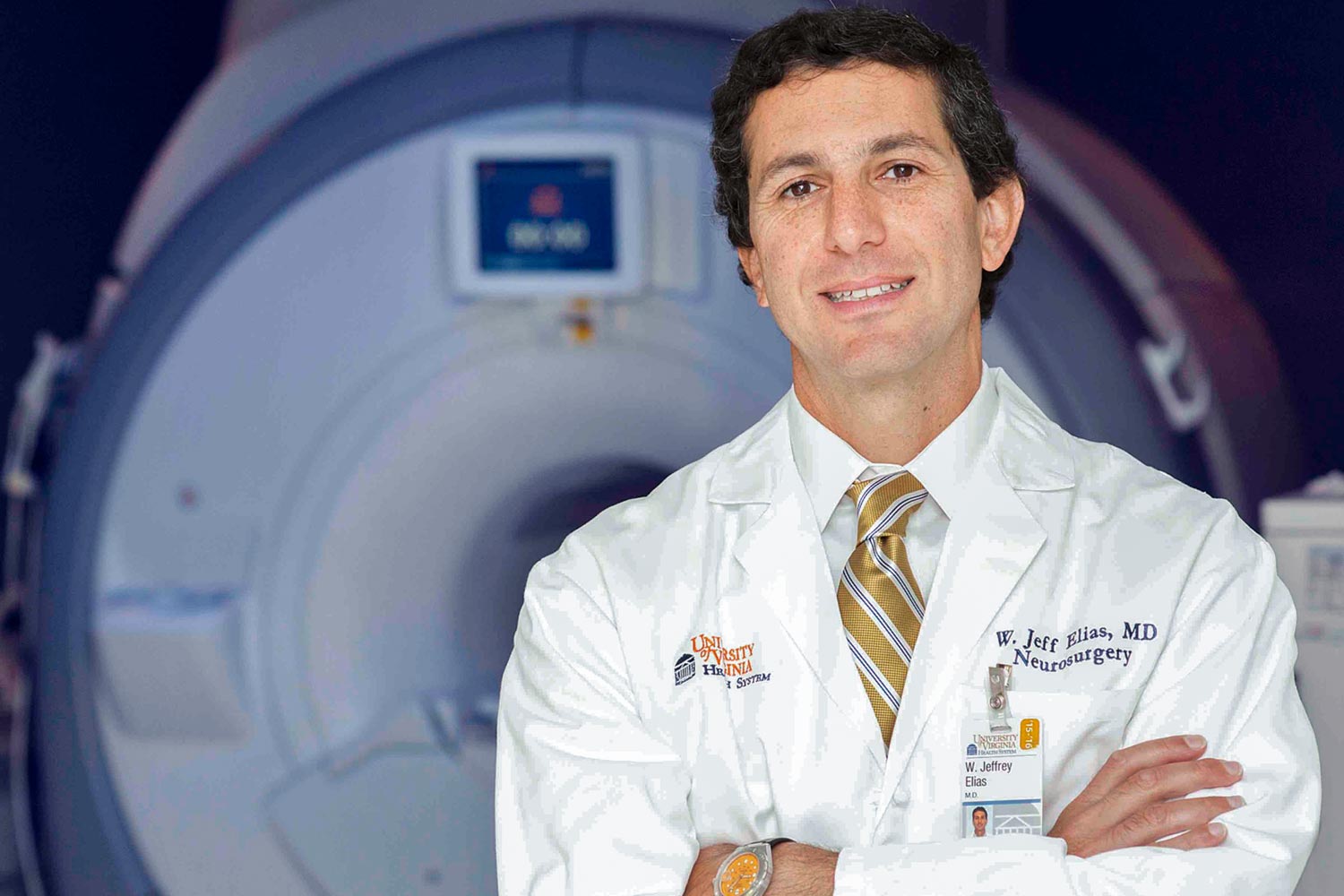 An initial test to determine if a scalpel-free form of brain surgery can reduce tremor caused by Parkinson’s disease has produced encouraging results. Further research is warranted, the researchers conclude in a paper published Monday by the scientific journal JAMA Neurology.

The pilot study, led by Dr. Jeff Elias of the University of Virginia School of Medicine, also was conducted at Swedish Neuroscience Institute in Seattle. Researchers at both sites enrolled a total of 27 participants with tremor-dominant Parkinson’s disease in the study; the research team randomly assigned 20 to be treated with focused ultrasound waves on their brains, while the seven others received a fake procedure, to account for any potential placebo effect. (They were later offered the opportunity to have the actual procedure). All had tremor that had resisted medical treatment, and all continued taking their existing Parkinson’s medication.

The trial participants who received the focused ultrasound procedure had a 62 percent median improvement in their hand tremor three months later. Those who underwent a sham procedure also improved to a lesser degree, however, suggesting some placebo effect. Additional testing is needed to better establish the effectiveness of focused ultrasound for Parkinson’s tremor, the researchers concluded.

The median age of trial participants was 67.8 years, and 26 were male. The most significant side effects reported were mild numbness on one side of the body, which improved, and numbness of the face and finger, which were persistent. Two subjects also experienced partial weakness that recovered or improved during the study. (The procedure has since been modified to mitigate this risk of weakness, the researchers say.)

Focused ultrasound already has been approved by the U.S. Food and Drug Administration for the treatment of essential tremor, the most common movement disorder. That approval came after Elias and his colleagues at UVA pioneered the approach. Other researchers are also evaluating focused ultrasound’s potential for treating many other conditions, including breast cancer, brain tumors, epilepsy and pain.

The technology works by focusing sound waves inside the body to generate a tiny hot spot, much like a magnifying glass focuses light. By carefully controlling this process, researchers can interrupt faulty brain circuits or destroy unwanted tissue. Unlike traditional brain surgery, there is no need to drill or cut into the skull. Magnetic resonance imaging lets the researchers monitor the location and intensity of the procedure in real time, an important safety feature when making permanent changes to the brain.

The researchers believe that a larger, multicenter study is needed to better define the potential role of focused ultrasound in managing Parkinson’s disease, which has no cure.

“Our findings suggest that the patients likely to benefit from this approach are those for whom tremor reduction is enough to improve their quality of life,” UVA researcher Dr. Binit Shah said.

To learn more about focused ultrasound at UVA, visit uvahealth.com/focusedultrasound.

The research was supported by the Focused Ultrasound Foundation, the Commonwealth of Virginia, Diane and David Heller, Robert and Molly Hardie and the Prince Charitable Trust.

Class of 2020: Memories and Moments From a Long-Anticipated Celebration END_OF_DOCUMENT_TOKEN_TO_BE_REPLACED

Business & Government
Q&A: Britney Spears, Conservatorship and What the Law Says
Naomi Cahn, director of the School of Law’s Family Law Center, shared her expertise about conservatorships, Spears’ situation and what could come next in the legal battle.