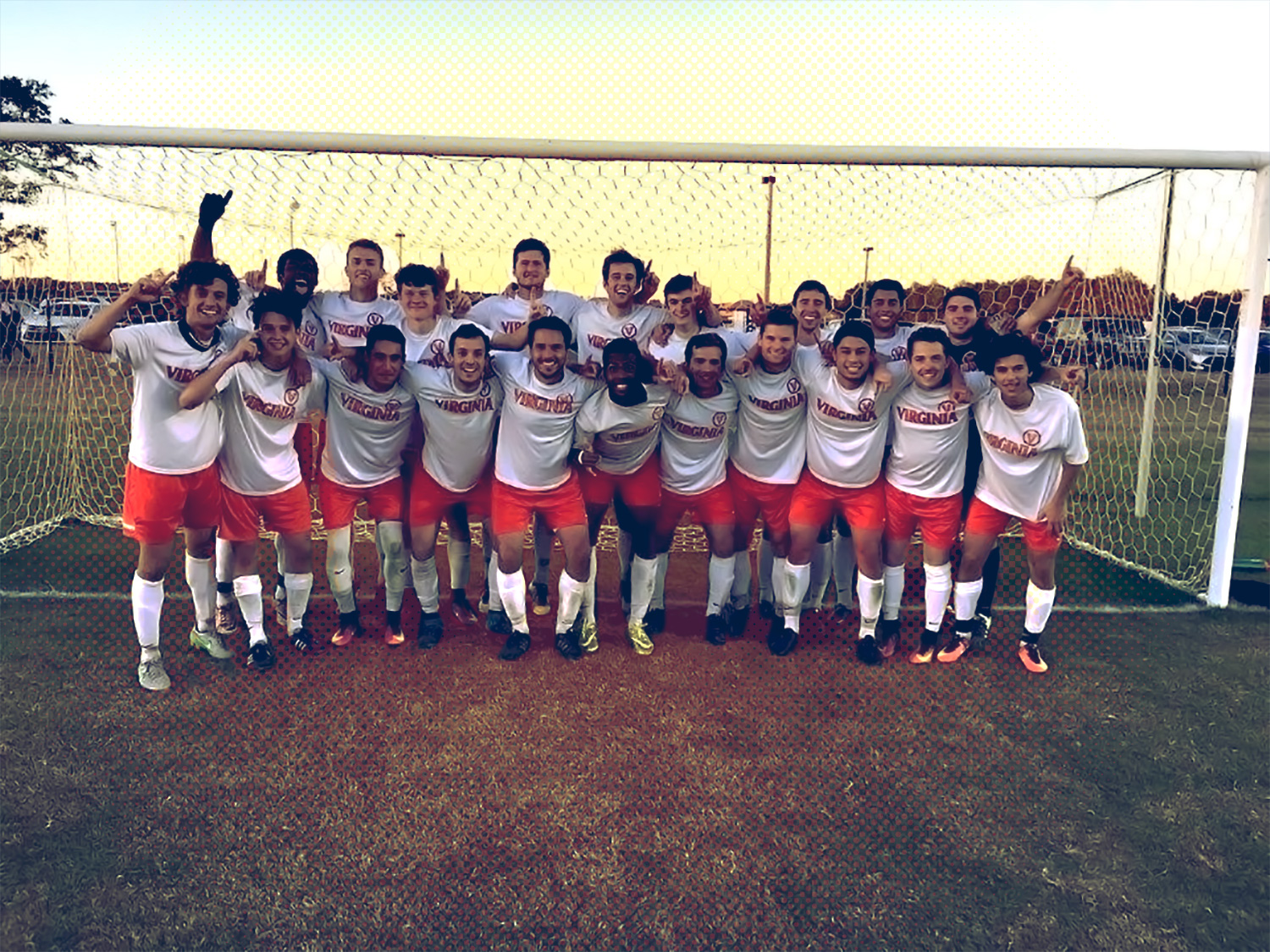 Hours and hours spent scrimmaging and practicing technical drills on Carr’s Hill Field throughout the fall semester paid off in a big way last month for the University of Virginia men’s club soccer team when its members found themselves on the brink of winning a national club soccer championship.

After winning against teams from the universities of Michigan, Delaware and Cincinnati in the bracket portion of the championship tournament – conducted by NIRSA (formerly the National Intramural-Recreational Sports Association), which organizes national tournaments in basketball, flag football, tennis, cricket and soccer – the UVA men were fighting through fatigue in the final match to hold off The Ohio State University, whose players were determined to take home their second title in the past three years.

As the final seconds ran out with the scoreboard reading 3-2 in favor of Virginia, club co-president David Ellis said the UVA contingent on the field erupted in total elation. 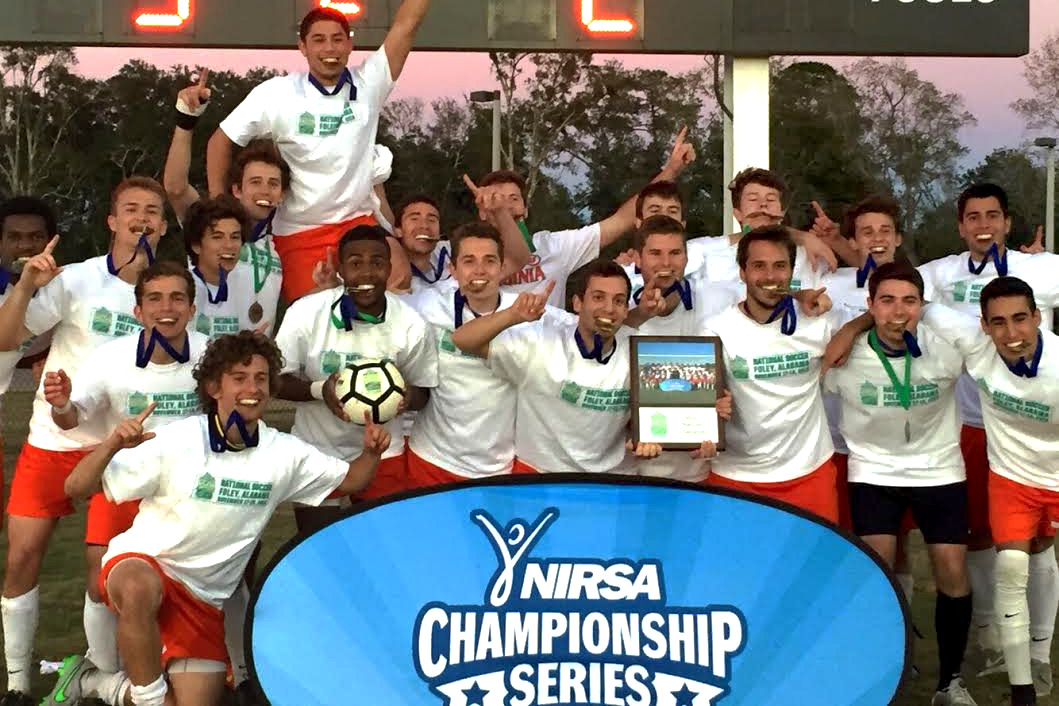 “The scene was pretty surreal,” Ellis said. “Everyone was embracing each other and jumping and celebrating. The stadium we played in actually played ‘The Good Ol’ Song’ over the loudspeakers after we won, and everyone was singing along to that.”

To make it even more special, unlike most other teams competing at the national championship, the UVA men were playing without the help of a hired coach.

Ellis said that while he and fellow co-president Scott Patterson organize training sessions and logistics such as ensuring regulation compliance, purchasing uniforms and equipment and planning travel arrangements, all game-day decisions, from tactics to substitutions, are a collective team effort.

“Being entirely student-run gave us an extra sense of pride when we won it all against other teams with hired leadership,” Ellis said. “We have ‘open-floor’ conversations before games, at halftime and after games to allow everyone to voice their opinions on what could be improved within our team, as well as weaknesses of the other teams that could be exploited. I think in the end this really helped us because it gave us a perspective of the game from positions all over the field.”

While the members of the team will always remember the outcome of their successful 2016 season, for Ellis, a fourth-year student, the camaraderie he felt during practices, games and bus rides with teammates will be just as memorable.

“Even before we won the title, being on the club team was one of my favorite parts of life at UVA,” he said. “It has just been an awesome three years on the team, and I’d give anything to do it over again.”

Patterson, also a fourth-year, echoed those sentiments, and added that he couldn’t have envisioned a better way to end his final season as a team member.

“It was magical. I still get chills from thinking about that moment,” Patterson said. “Thousands of kids can say they played club soccer through college, but only a lucky few get to be national champions.”

For All of Us END_OF_DOCUMENT_TOKEN_TO_BE_REPLACED