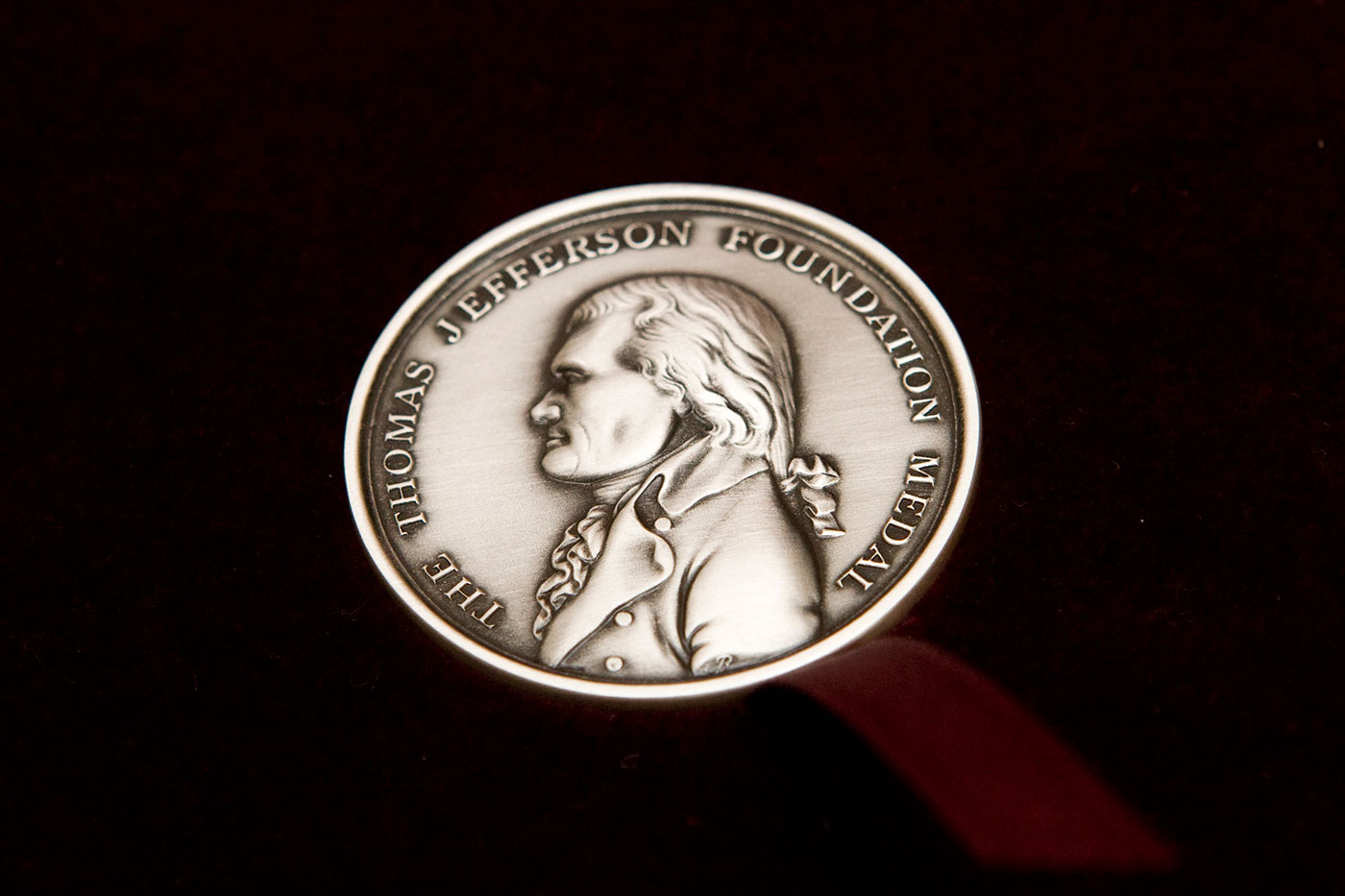 Cecil Balmond OBE, the world’s leading thinker on form. A Sri Lankan-born architect, artist, writer and engineer, Balmond has earned international acclaim for his revolutionary approach. The former deputy chairman of the international, multi-disciplinary engineering firm ARUP and head of both the European Building Division and the AGO (Advance Geometry Unit), Balmond now runs his own practice, Balmond Studio. He received an Order of the British Empire for Services to Architecture in 2015. (More.)

Judge John Gleeson, a federal judge for the U.S. District Court for the Eastern District of New York known for his active support for criminal justice reforms related to sentencing and for his prior work as the lead prosecutor in the case United States v. John Gotti, et. al. (More.)

Marian Wright Edelman, a lifelong advocate for disadvantaged Americans who has made a profound impact as the founder and president of the Children’s Defense Fund, the nation’s strongest voice for children and families. (More.)

The Thomas Jefferson Foundation Medals recognize the exemplary contributions of recipients to the endeavors in which Jefferson – the author of the Declaration of Independence, the third U.S. president and the founder of the University of Virginia –  excelled and held in high regard.

“This year’s recipients of the Thomas Jefferson Foundation Medals bring a remarkable range and depth of achievement to these prestigious awards,” UVA President Teresa A. Sullivan said. “All of them have made profoundly influential contributions in their fields and all of them carry forward in their work Jefferson’s commitment to inquiry, creativity and leadership.”

The medals are the highest external honors bestowed by the University, which grants no honorary degrees. The awards are presented annually on Jefferson’s birthday, April 13, by the president of the University, and by the president of the Thomas Jefferson Foundation, the independent, nonprofit organization that owns and operates his home, Monticello. April 13 is known locally as Founders Day, celebrating Jefferson’s founding of UVA in Charlottesville in 1819.

“By any measure and in any age, Jefferson was a brilliant mind, and the founding father who best embodied the American spirit of ingenuity in multiple fields,” said Leslie Greene Bowman, president and CEO of the Thomas Jefferson Foundation at Monticello. “His vast contributions to science, architecture, academia, diplomacy and culture reflect an insatiable appetite for useful knowledge and dedication to improving life in a new nation. We are honored to welcome the 2016 Thomas Jefferson Foundation Medal recipients, each of whom has had, and will continue to have, a profound impact on our world.”

This year, the Foundation and the University are inaugurating a new award, the Thomas Jefferson Foundation Medal in Global Innovation. The medal, hosted by the UVA Darden School of Business, recognizes an individual for his or her role in guiding a significant global innovation that creates value for humanity. It recognizes leaders who exemplify Jefferson’s principle that the creation and dissemination of knowledge and ideas will improve our world.

Moore’s vision for ever-smaller, faster and more powerful semiconductor chips, resulting in inexpensive and ubiquitous computing, has radically changed the world. The foundational force of “Moore’s Law” has driven countless breakthroughs, from the personal computer, smartphones and the Internet itself to advancements in health care, transportation and energy production.

“It is an honor to be the inaugural recipient of the Thomas Jefferson Foundation Medal in Global Innovation,” Moore said. “Jefferson, as the United States’ first secretary of state, developed and supervised the American patent system and delighted in new developments in technology throughout his life. It’s a true honor to be recognized for my contributions by the Thomas Jefferson Foundation and the University of Virginia.”

Bowman and Sullivan will present the medals, struck for the occasion, to the recipients at a luncheon in UVA’s Garrett Hall. The medalists in Architecture, Law and Citizen Leadership will each give a free public lecture at UVA, and will be honored at a formal dinner at Monticello. Moore will share his remarks by video presentation at the Garrett Hall luncheon.

The Citizen Leadership medalist – Marian Wright Edelman – will also be the featured keynote speaker at Monticello’s commemoration of Jefferson’s 273rd birthday on April 13 at 10 a.m. on the West Lawn of Monticello. The celebration is free and open to the public. The ceremony will be live streamed online here.