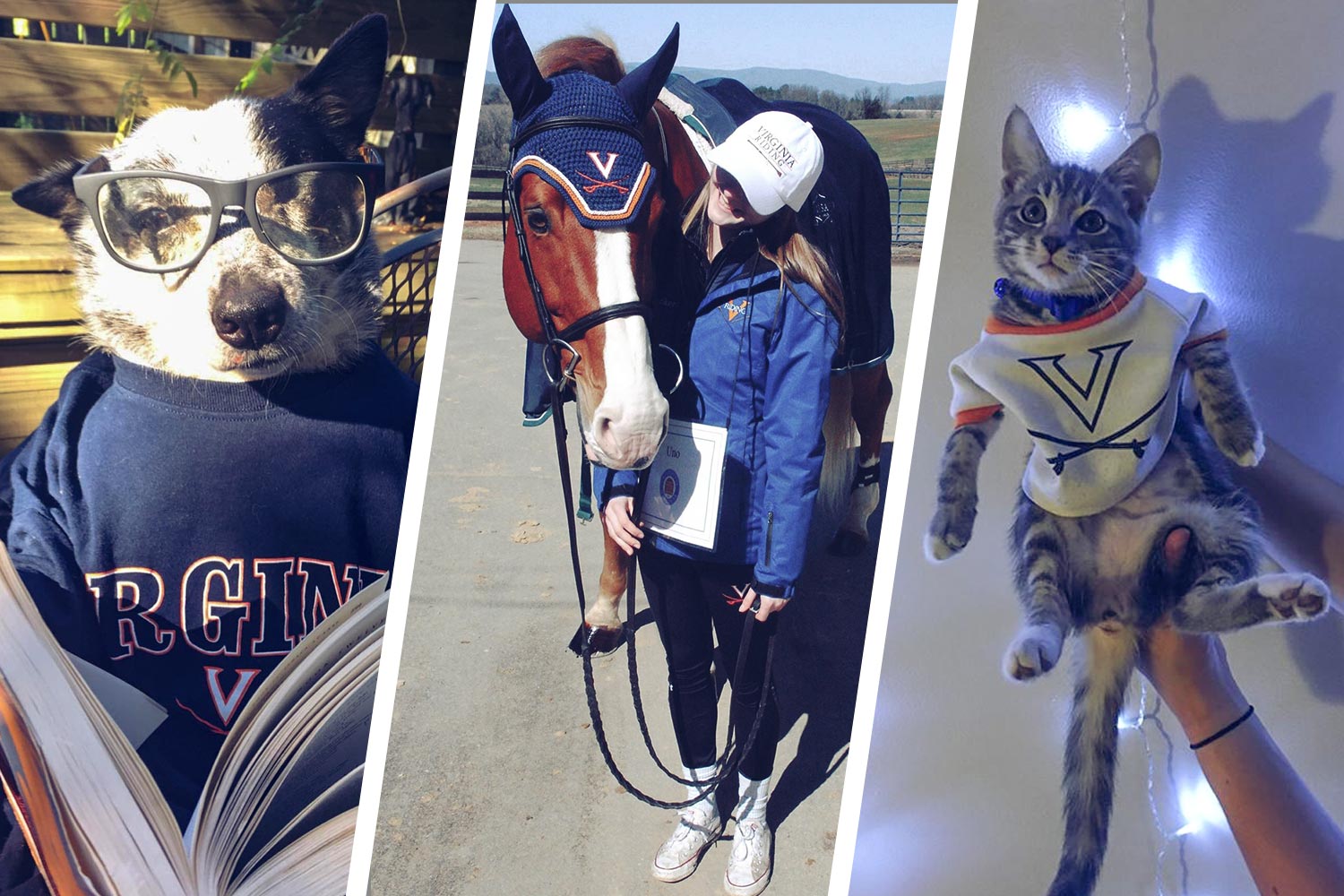 Over the course of 10 days this summer, about 150 animal-owning members of the University of Virginia community submitted adorable photos of pets visiting the University or decked out in their favorite UVA gear as part of the first-ever UVA Pet Contest.

On Thursday, we posted the photo submissions on Facebook and asked followers to vote for their favorites by liking them. Followers had until 2 p.m. Friday to make their selections. 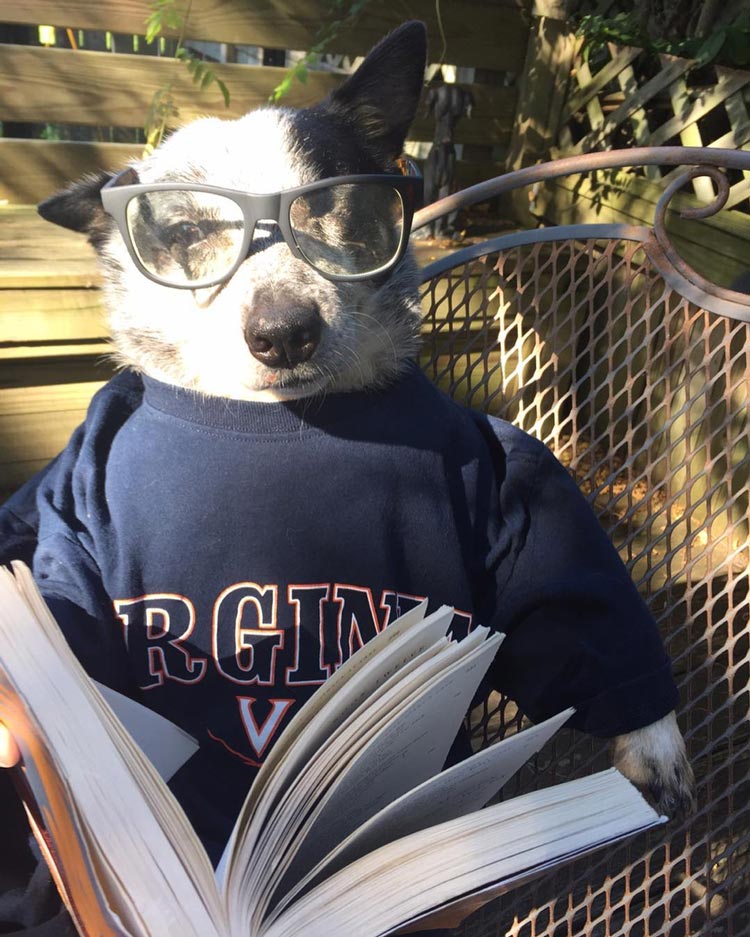 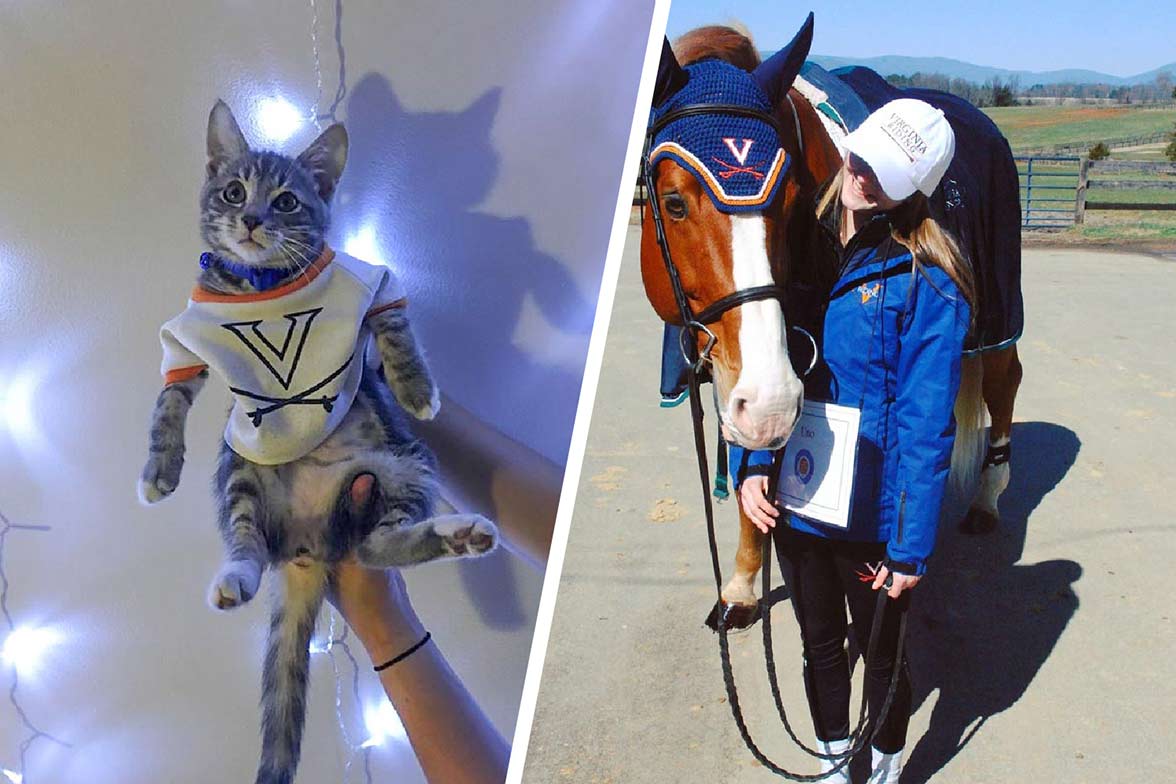 Dogs and cats made up most of the photo submissions, but they were hardly the only four-legged UVA fans to join the contest. In addition to horses like Uno, there were also chinchillas, rabbits, a hamster, a hedgehog posed in front of the Rotunda and a scarf-wearing goat named Opal. 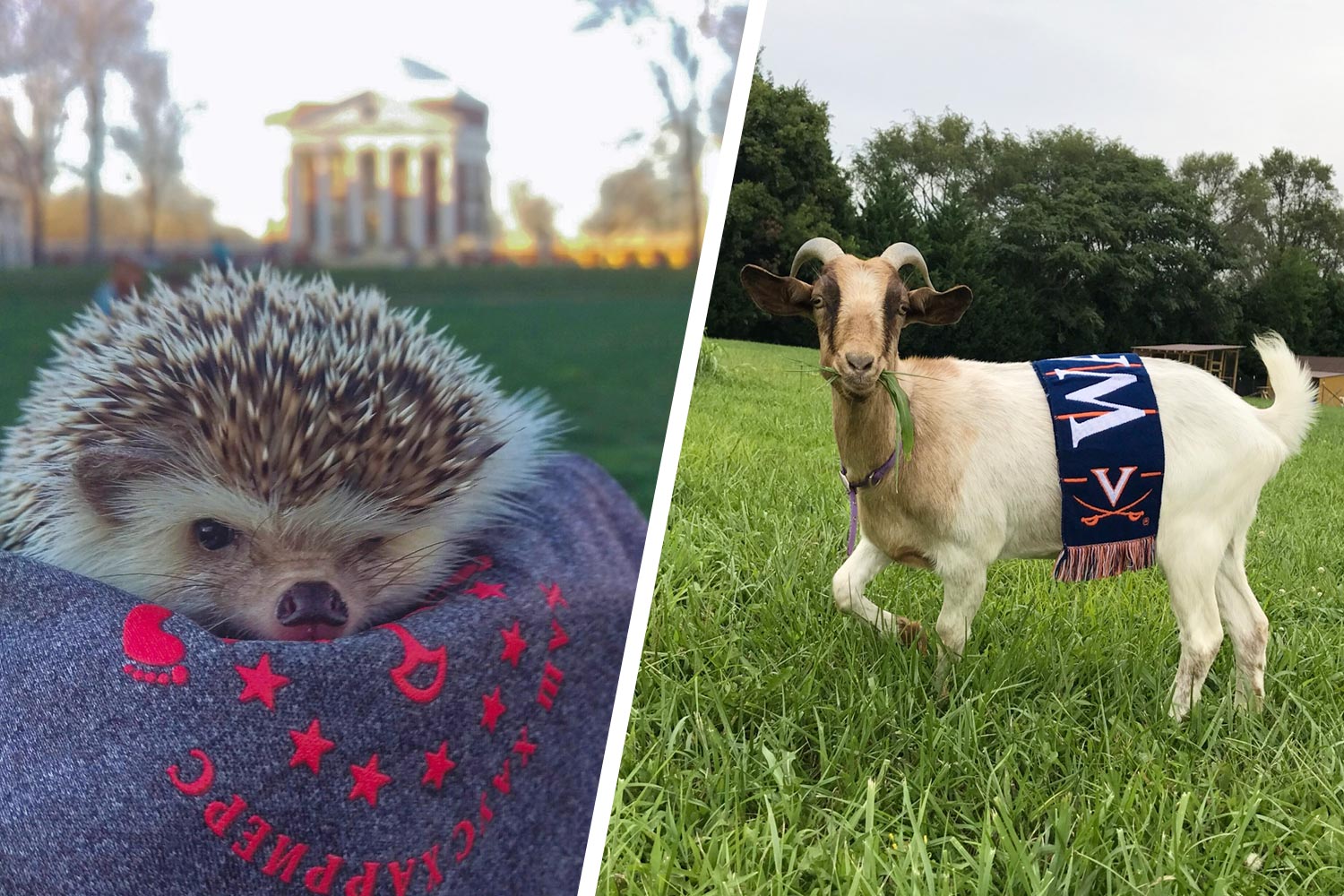 In addition to many of the photos, contestants often sent in short stories about their pets and their special relationship to UVA. Some loyal canines like Petey have spent years as faithful cheerleaders for their academic companions.

“I joke that Petey has a degree from UVA, too,” wrote Rosalie Morton, a 2007 graduate of the College of Arts & Sciences. “I got him the summer before second year when I moved into a house on Alderman Road. Thirteen years later, he’s seen me through my first job, two master’s degrees, a move across the country – and back – and who knows how many horse shows. But the Lawn is still our favorite place to be.”

Other owners shared stories of special days they spent visiting Grounds for the first time with their pets. Beth Fuqua and her husband, Howard Kerbel, both 1982 graduates, took their dog, Carter, on a road trip to Grounds to visit their son, Jeff Kerbel, while he was a student at the Curry School of Education. Among their many stops in Charlottesville, Fuqua and Kerbel made sure to take Carter to the Lawn and snap a photo of him with their son in the exact spot where Kerbel proposed in 1983. 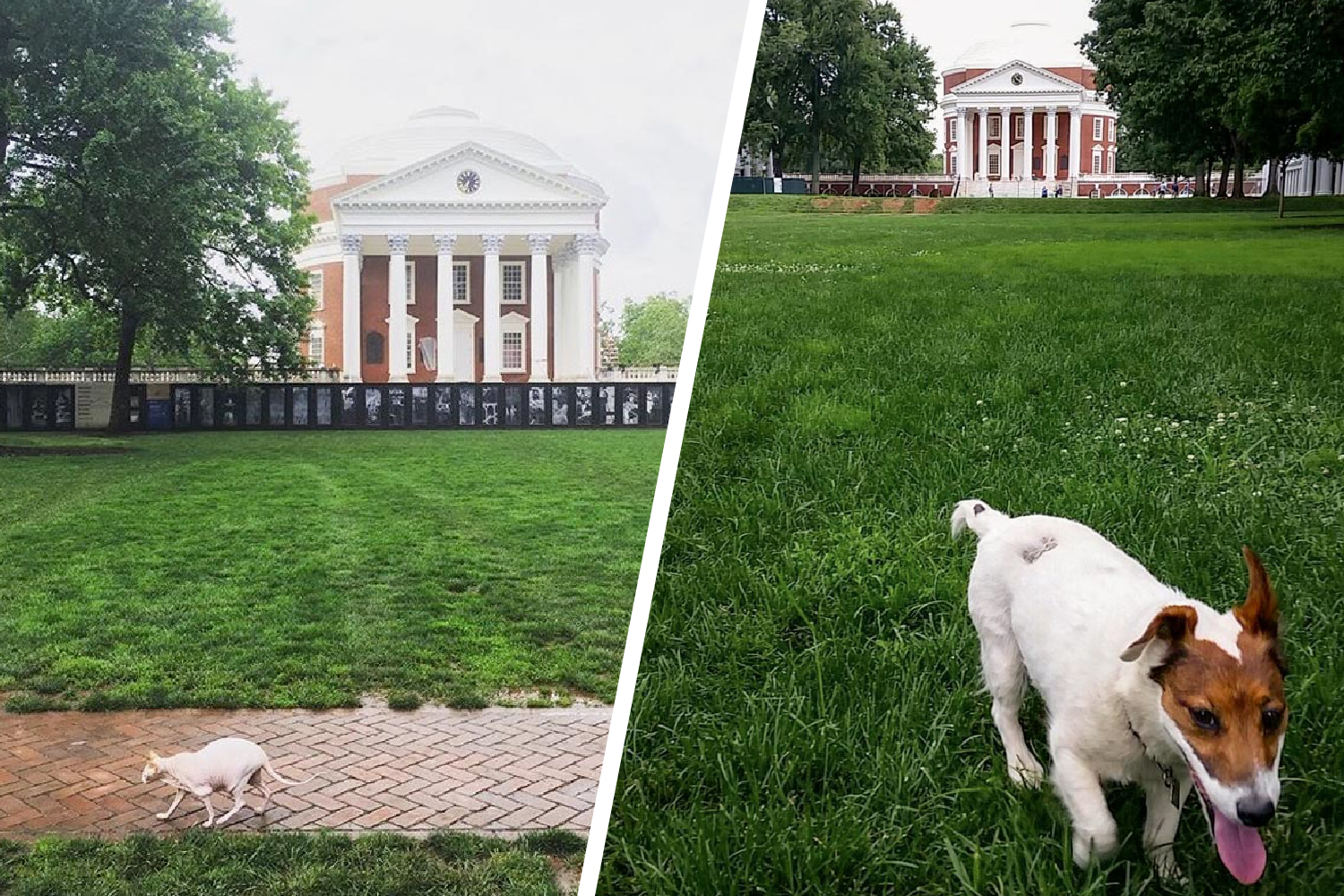 “Why did we drive from Montclair, New Jersey to UVA with the dog? Because Jeff was a fourth-year and pleaded with us to bring Carter, ‘because every dog should have the experience of frolicking on Mr. Jefferson's Lawn!’” Fuqua wrote.

Some submissions just made us laugh with their perfect captions, such as the entry from alumna Caitlin Adkins of “a hairless cat streaking the Lawn.”

Although there could only be one winner, every participating pet is worthy of a loud and proud “Wahoowa!” Take a look below at more lovable members of the Orange and Blue Nation.