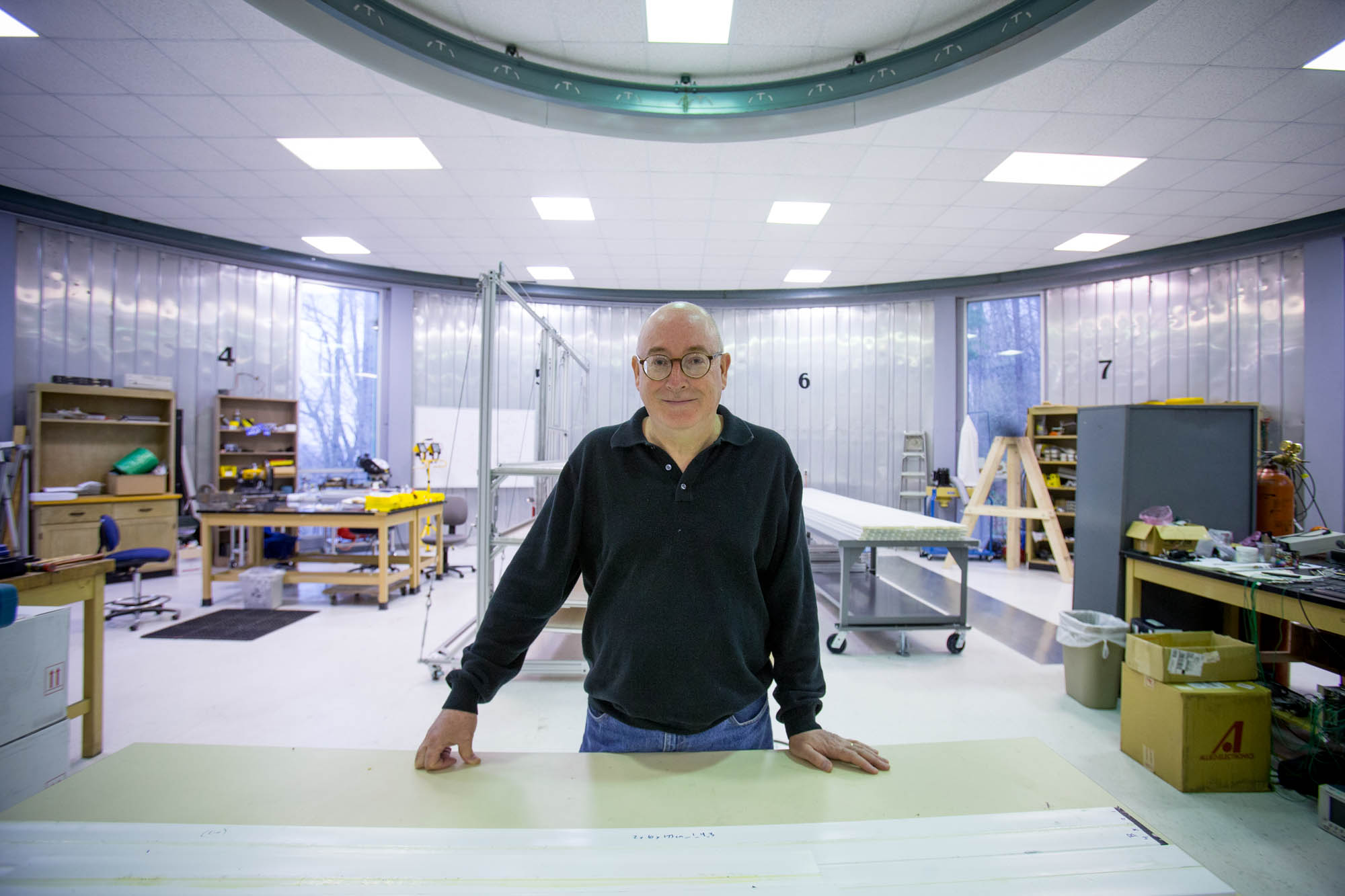 Neutrinos, subatomic remnants of the early universe, are high-energy particles that pass at nearly the speed of light through everything – our planet, our bodies – while rarely interacting with other matter. Most of them were born in the beginning, nearly 14 billion years ago, though more are continually made in the nuclear reactions of stars, in human-built nuclear reactors and in particle accelerators used for experimentation.

These ghostly particles are of intense interest to physicists because they may be a key player in how the universe came to be; how, in the first moments after the Big Bang, matter managed to annihilate antimatter, allowing a universe of particles to coalesce and form atoms, molecules, elements and compounds, the matter that became and becomes galaxies, black holes, planets and – on one planet at least – life.

Physicists at the University of Virginia’s High-Energy Physics Lab are deeply engaged in a neutrino experiment, called NOvA, now under way at the U.S. Department of Energy’s Batavia, Illinois-based Fermilab, to help answer how and why matter came about at all.

They have fabricated key components for the experiment, and their research eventually could help solve a multitude of questions about the fabric of the universe, and possibly even about the mysteries of dark energy, which may make up 68 percent or more of the universe.

“We’re trying to answer fundamental and extremely difficult-to-answer questions about the makings of everything and the physical processes that still are going on in the active universe,” said Craig Dukes, a U.Va. physics professor who has led U.Va.’s NOvA efforts since 2004, and whose research group has built components for NOvA since 2008.

Using a $2.5 million Department of Energy grant, Dukes and his team of postdoctoral fellows, graduate and undergraduate students have designed and built a system that powers the electronics on a $280 million, 14,000-ton particle detector used for the project.

The components are part of a newly commissioned neutrino beam and experiment that is composed of two massive particle detectors: one at Fermilab, called the Near Detector, and the other, the Far Detector, 502 miles away near Ash River, Minnesota. The accelerator sends neutrinos through the detectors to allow scientists to glimpse how they change as they travel, and to catch their rare interactions with matter.

“By observing the behavior of neutrinos and anti-neutrinos, we may be able to shed light on the asymmetry that caused the abundance of matter over anti-matter – the early universe, in effect, that became the universe we have today,” Dukes said.

For the next six years, Fermilab will send tens of thousands of billions of neutrinos every second in a beam aimed at both detectors, and scientists expect to catch only a few interactions per day.

From these data, scientists hope to learn more about how and why neutrinos change between one type and another. The three types, called flavors, are the muon, electron and tau neutrino. Over distance, neutrinos can flip between these flavors. NOvA is specifically designed to study muon neutrinos changing into electron neutrinos.

If it is found that neutrinos and anti-neutrinos change differently from one type to another, it might explain the process that occurred in the early universe to produce a slight abundance of matter over a nearly equal amount of anti-matter.

The experiments will be conducted over a six-year period. Sorting through the data with high-speed computers for interactions and their implications will continue for many additional years.

Dukes, who came to U.Va. in 1989 from a postdoctoral fellowship at the European Organization for Nuclear Research, known as CERN, plans for the next decade to continue his share of the quest for greater understanding of the underpinnings of the universe.

When Less Is More: How Harnessing the Power of Subtraction Can Add to Life END_OF_DOCUMENT_TOKEN_TO_BE_REPLACED