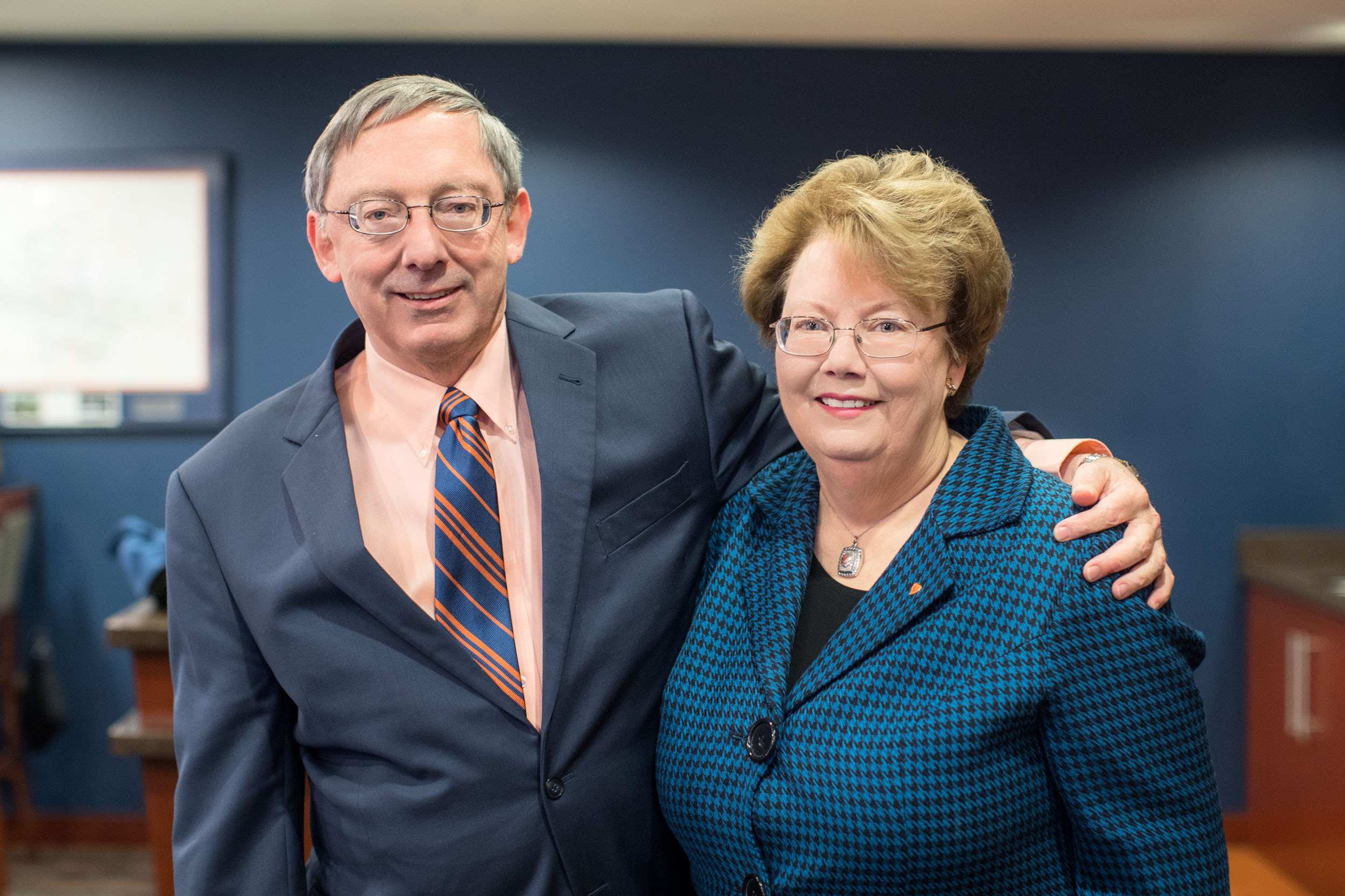 University of Virginia President Teresa A. Sullivan and her husband, law professor Douglas Laycock, are making a $100,000 gift to the new Bicentennial Scholars Fund – the first contribution to the endowment established to support student scholarships.

The contribution will be matched by $50,000 from UVA’s Bicentennial Scholars program and will be used for need-based scholarships.

With this gift, Sullivan and Laycock have provided more than $600,000 in philanthropic support to the University for a variety of education and extracurricular activities, supporting financial aid, the Rotunda restoration, scholarships and student groups.

“Doug and I believe that this gift to support the Bicentennial Scholars Fund is one of the most valuable commitments we could make in our philanthropic support for the University,” Sullivan said. “We hope that the gift will create momentum and inspire others to support the fund, which will benefit so many students for years to come.”

“The fund is critically important to welcoming qualified students to this wonderful University,” Mark Luellen, UVA’s vice president for advancement, said. “We very much appreciate the leadership and generosity of President Sullivan and Mr. Laycock.”

UVA’s Board of Visitors voted to establish the Bicentennial Scholars Fund at its meeting earlier this month. In addition to supporting need- and merit-based scholarships, it will also relieve pressure on future tuition increases by funding an increasing percentage of financial aid from this endowment, rather than from tuition revenue.

The board authorized a matching investment from the Strategic Investment Fund of $1 for every $2 in commitments for endowed scholarships of $100,000 or more; cash gifts of $1 million or more qualify for a dollar-for-dollar match. The endowment could ultimately include philanthropic gifts of as much as $200 million and matching amounts of up to $100 million over five years from earnings from the investment fund.

At the Bicentennial Scholars Fund establishment, Rector William H. Goodwin Jr. said it was the first step in the process to permanently fund UVA’s financial aid program through philanthropy rather than tuition dollars. The fund supports students attending UVA in Charlottesville and at UVA’s College at Wise.

“The Bicentennial Scholars Fund is an important demonstration of UVA’s full commitment to ensuring the best and brightest can attend regardless of their ability to pay,” said board member John A. Griffin, who chairs the board’s Advancement Committee. “This inaugural gift from President Sullivan and Doug Laycock once again demonstrates their remarkable support for the University and to the mission of the Bicentennial Scholars program. I’m confident their generosity will encourage many others to join us in making a UVA education available and accessible to all admitted students.”

What it Means to Be a Cavalier Baseball Player END_OF_DOCUMENT_TOKEN_TO_BE_REPLACED