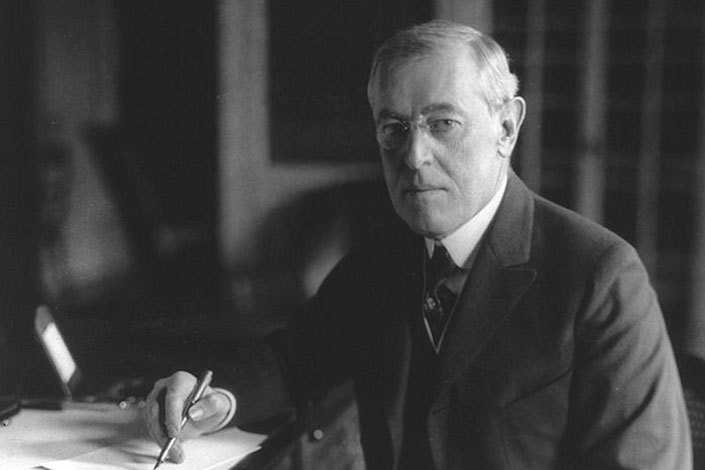 The University of Virginia Press is partnering with the Princeton University Press and the Woodrow Wilson Presidential Library to digitize the papers of former President Woodrow Wilson, who led the United States through World War I and earned the 1919 Nobel Peace Prize for his role in founding the League of Nations, a precursor to the United Nations.

“This partnership among two university presses and a presidential library harnesses the intellectual investment and publishing expertise represented in the great documentary editions of the last century,” Peter Dougherty, director of Princeton University Press, said. “And it makes them more accessible and valuable through this century’s digital technologies.”

Princeton University Press published “The Papers of Woodrow Wilson,” consisting of 69 volumes with a five-part index, between 1966 and 1994. The late editor, Arthur Stanley Link, a professor emeritus at Princeton, was widely considered a pioneer in the field of documentary editing, as well as the foremost scholar of Wilson, the 28th president of the United States and a former UVa law student.

The Link edition includes Wilson’s personal correspondence, academic works and speeches, and minutes of the Paris Peace Conference, plus diary entries of close associates Edward House, Cary Grayson and Josephus Daniels, totaling approximately 38,400 documents. The most significant sources of Wilson material in the published volumes are stored in the Library of Congress and Princeton University.

The Journal of American History described the “Papers of Woodrow Wilson” as “an unprecedented illumination of Wilson’s activities and ideas.”

Wilson is one of the most accessible presidents in American history due to the precise organization, annotation and indexing of the “Papers of Woodrow Wilson.” The Rotunda digital edition will broaden access to Wilson’s papers by adapting the print version to a state-of-the-art electronic publishing platform.

“Inclusion in Rotunda not only provides the most up-to-date digital publishing technology,” Mark H. Saunders, UVa Press director, said. “It puts the Wilson material in conversation with other important figures in American political history, from the Founding Fathers to participants in the civil rights and Vietnam eras. Comparing the views of Thomas Jefferson, Woodrow Wilson and Lyndon Johnson on a subject such as race or presidential power can provide new scholarly insights that were hard to imagine in an age of analog information or siloed digital repositories.”

The Wilson Library anticipates digitizing further materials in its collection and items from the collection of the Library of Congress, including a selection of Wilson’s correspondence during World War I and documents from Wilson’s later public career, and making them available in the coming years.

“There is a vast array of important Wilson material that could not be included due to the constraints of a print edition,” said Don W. Wilson, president of the Woodrow Wilson Presidential Library Foundation. “Those documents will now be made available to scholars, students and the interested public.”

Additional collections held at Princeton University, among them letters between Woodrow Wilson and his wives, Edith and Ellen, and his daughter Jessie Sayre, will likely also be added to the Rotunda digital edition.

Founded in 1938 by Edith Bolling Wilson, the president’s widow, the Woodrow Wilson Presidential Library is a non-profit presidential library independent of the federal system. The library hosts an average of 21,000 visitors per year and conducts a variety of programming to engage the public in historical and civic matters.

What it Means to Be a Cavalier Baseball Player END_OF_DOCUMENT_TOKEN_TO_BE_REPLACED